The match is official! Heather Barker will defend her Canadian Title against Virani MacVicar.

A new champion. A worthy challenger. It’s a classic story, and another verse of it is going to be told in Vancouver, where Heather Barker will but her newly won Canadian Title (along with her undefeated record) on the line when she faces a Virani MacVicar. 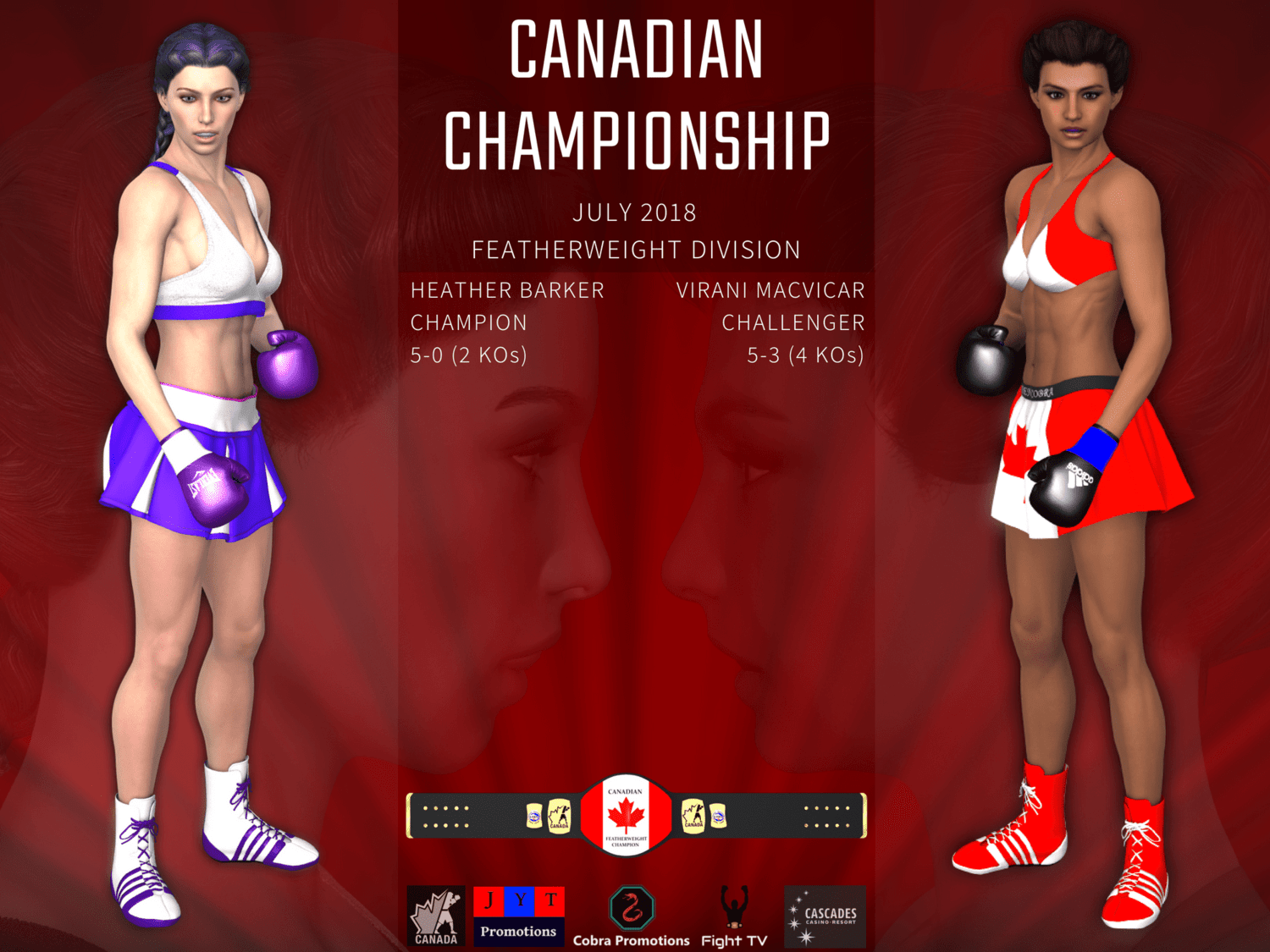 It’s a watershed fight for both fighters. A win for either could place them into the top fifteen of the world rankings and within reasonable distance of a bigger title than the Canadian Title…. 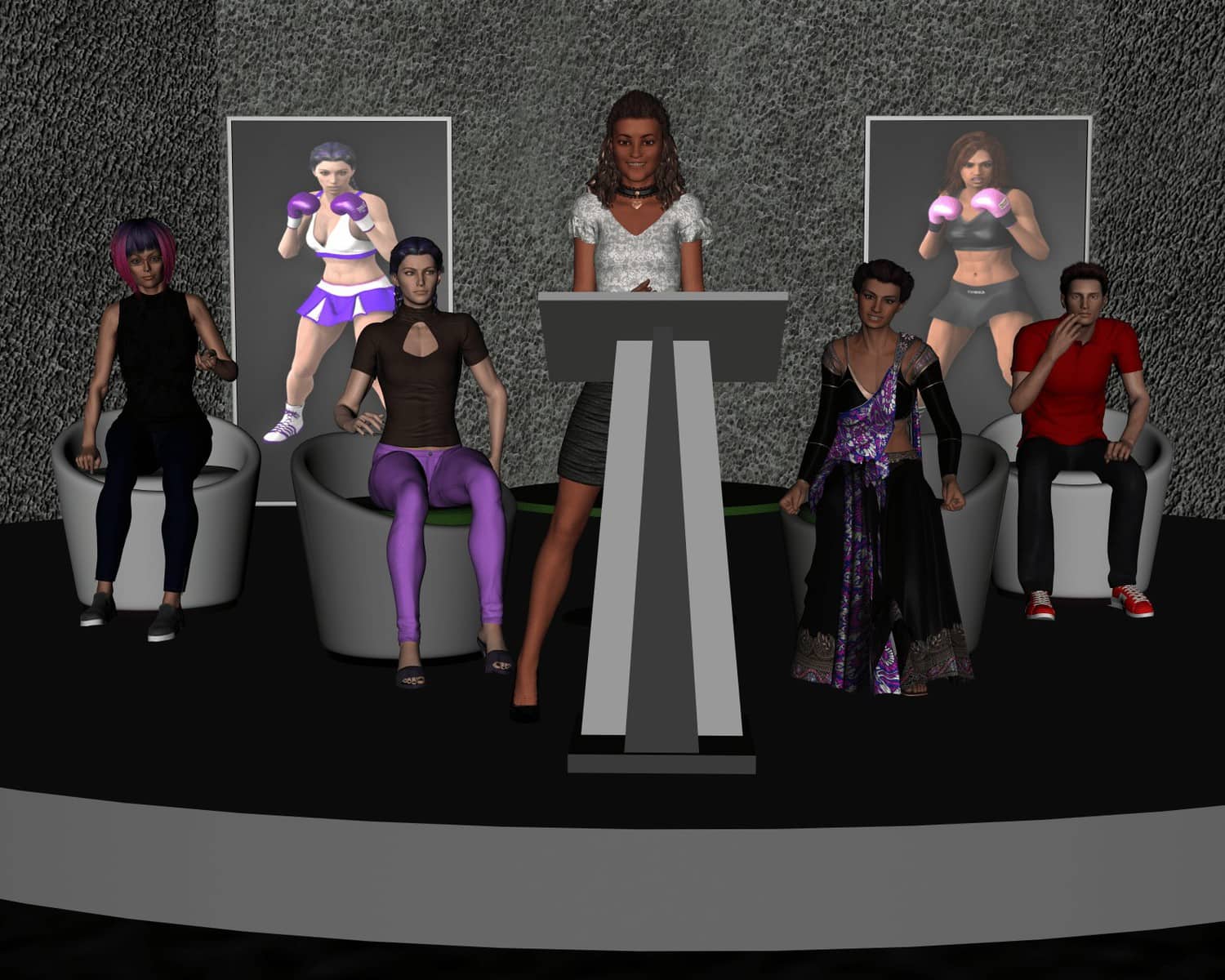 Anita: “Welcome everyone to the Four Seasons Hotel here in Vancouver. My name is Anita Martin and I am the CEO of Cobra Promotions. We are here today for the press conference for the main event of our upcoming card that will take place this weekend. The main event promises to be an excellent contest between two young and exciting fighters. I’m not sure I have to say anything more to promote this fight so let’s give these fighters a moment to introduce themselves before we get to questions from the press. Virani, since you are the challenger, you can speak first.”

Virani: “Good afternoon everyone. I’m so pleased to be able have a main event fight here and Canada, and I can’t really believe I have the honor to fight for the Canadian title. I’m aware that I’m the away fighter here and the challenger, but I hope that I have fans inside the arena tommorow that will cheer me as I claim the first of many titles in my career. I’m looking forward to testing myself against Heather, she’s a great fighter and a worthy opponent.”

Anita: “There’s really no need to introduce the Canadian Featherweight champion. She’s undefeated. She’s coming off a big KO victory. She’s regarded as a top prospect in the division. Ladies and Gentlemen, I give you Heather ‘The White Swan’ Barker.

Heather: “Thank you. I’m happy to be here in Vancouver, and I’m looking forward to giving Virani a little west coast welcome. I could have chosen to make the first defence of my title to be against someone easier, but I feel that Virani is the best Featherweight in Canada not named Heather Barker and I’m looking forward to giving the fans what they want – a KO victory.”

Reporter 1: “Virani, you’ve had some big ups and downs in your career. Why was now the right time to fight for the Canadian Title?”

Virani: “Honestly, I could have picked an easier fight, but in my mind I am coming off an easy fight against Prisha Priyanka. I could take less of a risk and pick easier fighters but I don’t learn as much in those fights. I want to fight good fighters and test myself against them. Heather is a very good fighter and if I can beat her, I think it will really show that I’ve erased some of them *ahem* memorable losses I’ve had.”

Reporter 2: “My question is also for Virani. You’ve gathered quite a following despite what one could call a flawed record. If you lose here, do you think some of those fans may give up on you as you can not seem to reach that ‘next’ level.”

Virani: “I sure hope not! But I am aware that is a risk. If I lose here I’d be 5-4, and that’s no exactly a great record for a boxer to have. But I’m not here to focus on the negatives, or the what ifs, I’m focusing only on this fight against a very good boxer.” 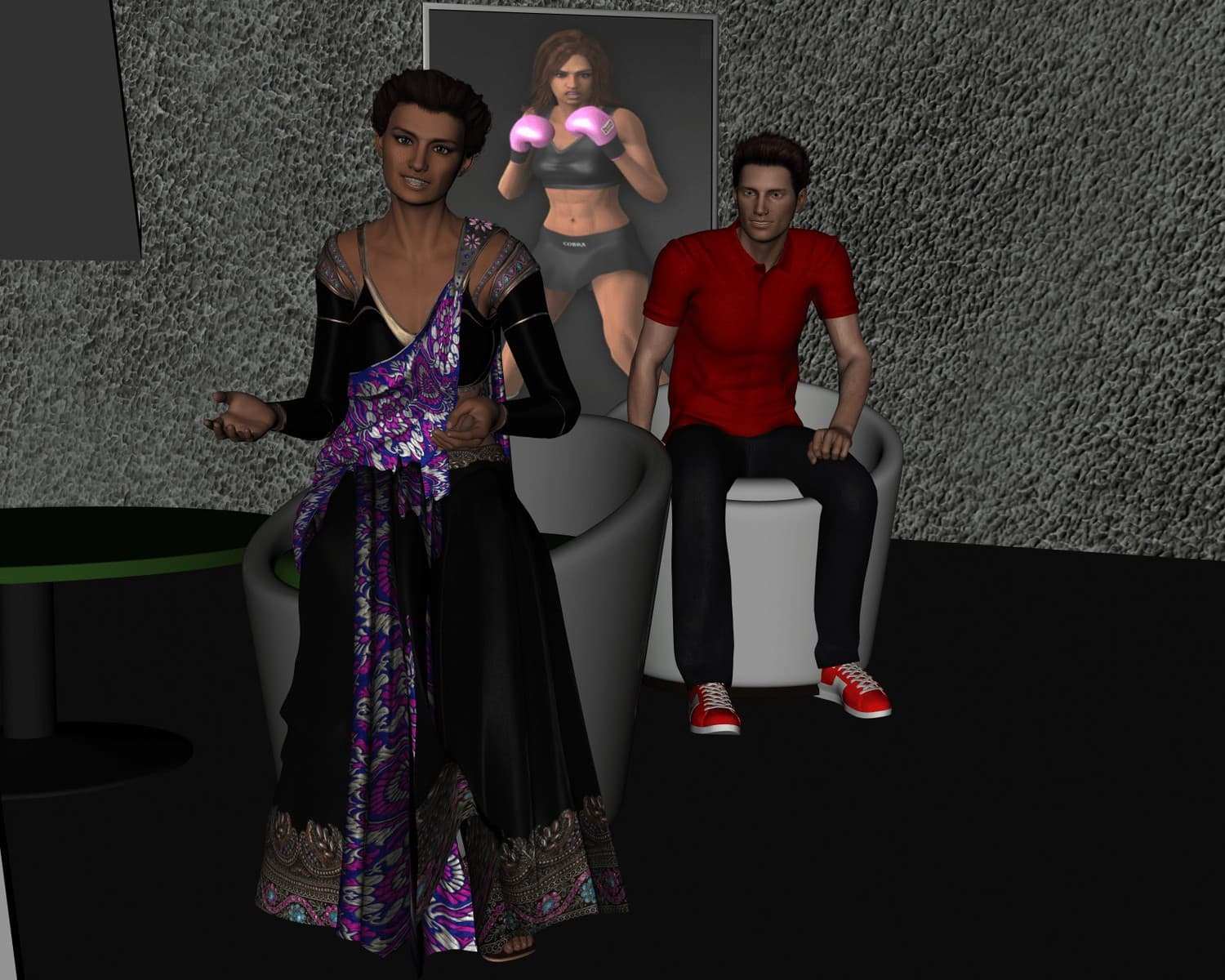 Heather thinks: Does anyone want to ask me anything? I’m the damn champion!

Reporter 3: “One of the most interesting storylines in this fight is that Sylvie Chouinard used to be the coach for Thomas Nagy. Now you will be coaching opposing fighters. Do either of you feel like you have the edge in knowing what the other will do?”

Sylvie: “I know Thomas well from training him for many years. The fact that he has become a successful trainer is not surprising to me in the least. However, I do think that he lacks one thing…my experience. I’ve been training fighters for many, many years. I’ve been in situations that he hasn’t even thought about. I think that gives me an edge in the coaching department, whatever that is worth in a boxing match.”

Thomas: “All I’m going to say is that I’m grateful for the years that I worked with Sylvie and its my pleasure to go up against her in a battle of wits. Of course, this fight is about Heather and Virani. What we do will have little to do with the outcome.”

Reporter 3: “So you see no advantage for either of you?”

Thomas: “Nothing I’m going to admit in a press conference, no.”

Reporter 4: “Heather, how does it feel to be the champion and yet the underdog, according to the odds-makers?”

Heather: “I think that someone famous once said, ‘a fool and their money are soon parted.’ I do think that this is a close fight, but I am absolutely the favourite. The fact that I am the underdog only fuels my desire to win this fight. I will prove everyone wrong.” 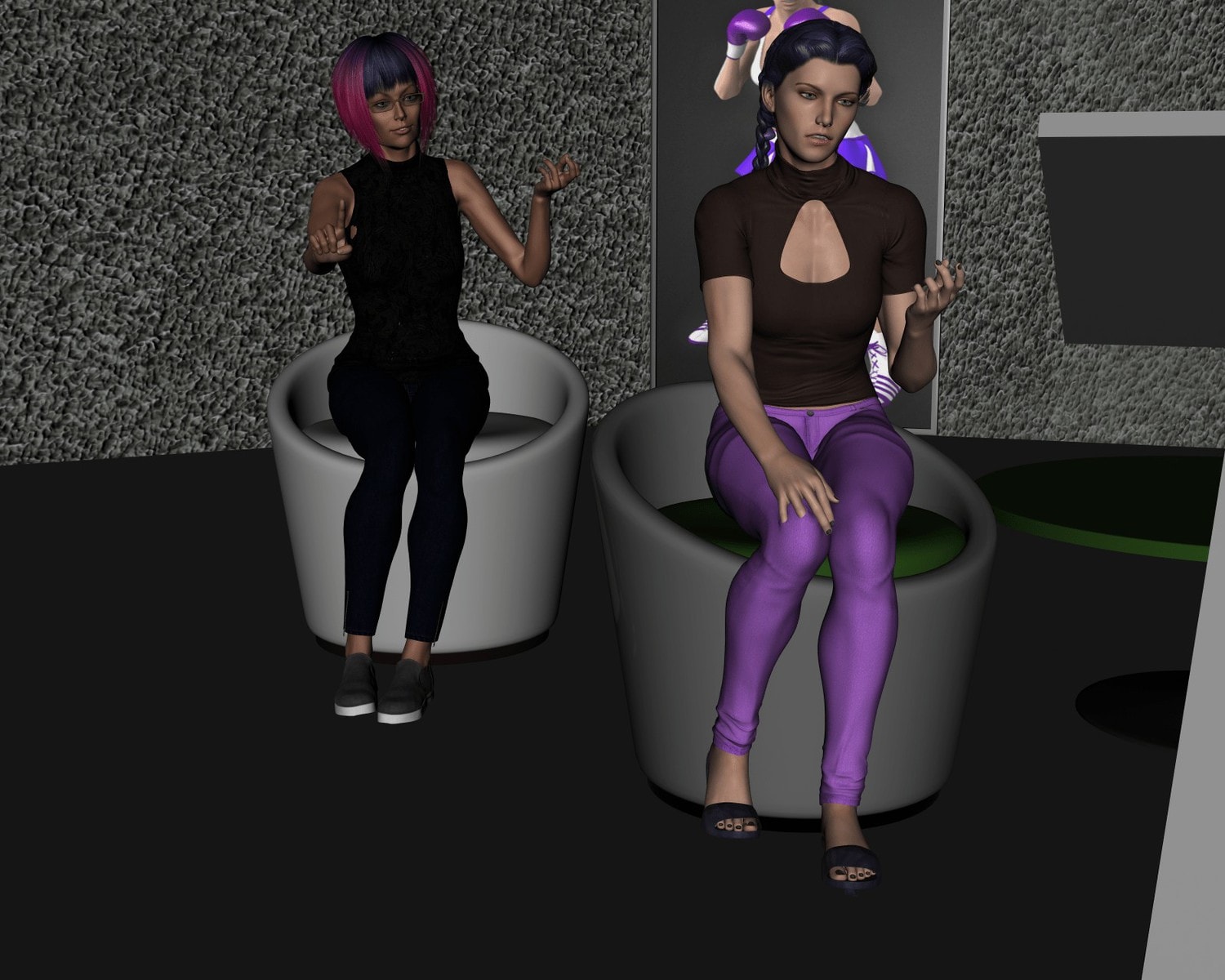 Virani: “I agree that a fool and their money are soon parted. But one would be foolish not to purchase a ticket or make arrangements to view this fight on Fightv.com.”

Virani: “No, I’m not going to give her any more motivation! Her uppercut hits hard enough as is!”

Reporter 5: “It’s a bit of a boring thing to ask, but it must be done – may I each have your prediction for the fight? From the coaches too, please.”

Sylvie: “Well I will predict Heather to win, of course. But I expect more of a tactical fight than some a predicting. Both fighters have power, but they both have skill too. I think Heather will walk away with a decision victory.”

Thomas: “I think it will be a tight contest, but Virani has been in the ring with tougher competitors, so I think that will give her the edge in the end.”

Virani: “Geez, do I have to say it out loud, you all know what I’m going to predict!”

Anita: “They want you to say something so they can put a quote on their articles, Virani.”

Virani: “Oh. Well, in that case, I’ll say that I knock Heather out in the 10th round. Nice and dramatic.”

Anita: “Okay and there you have it we’ll see you all…” 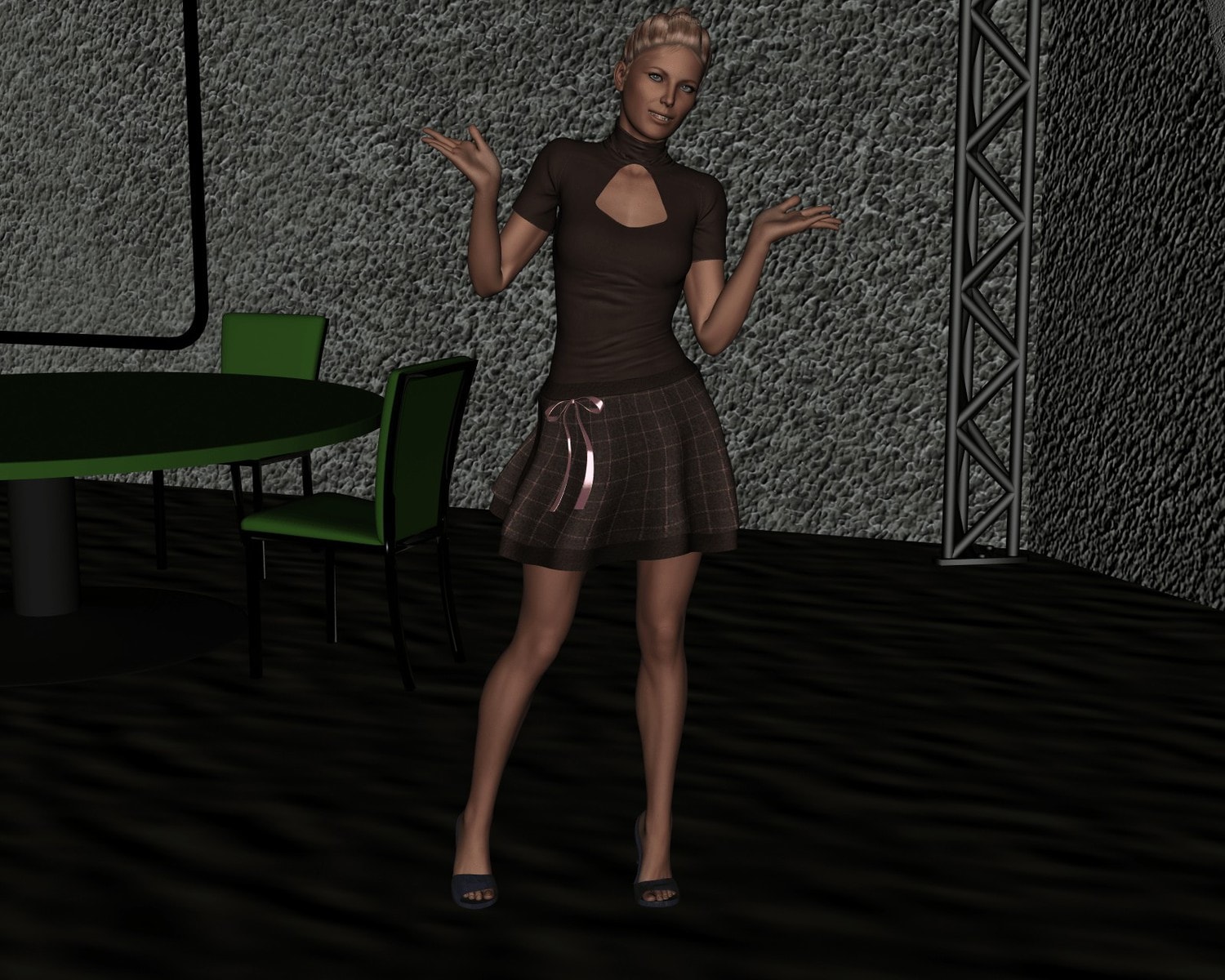 Kayleigh: “Hey wait, I had a question.”

The Press, or at least the ones who recognize the blonde Englishwoman, titter.

Anita: “It is sooo passe to interrupt someone else’s press conference, Ms. Parsons.”

Kayleigh: “But the classics are the classics. Anyway, I wanted to be first in line to challenge the winner of this upcoming contest. I assume both of you would be interested.”

Virani: “I agree that we have some unfinished business, Kayleigh.”

Heather: “I’d love to do what Virani couldn’t and knock you out.”

Kayleigh: “We’ll I’ll be in the crowd tomorrow. Put on a good show, please.”

Anita: “I guess that will be that! We will see you on Saturday for the main event!” 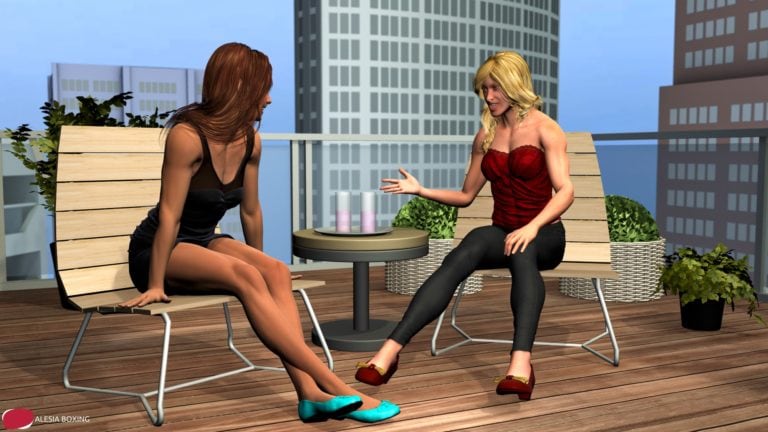 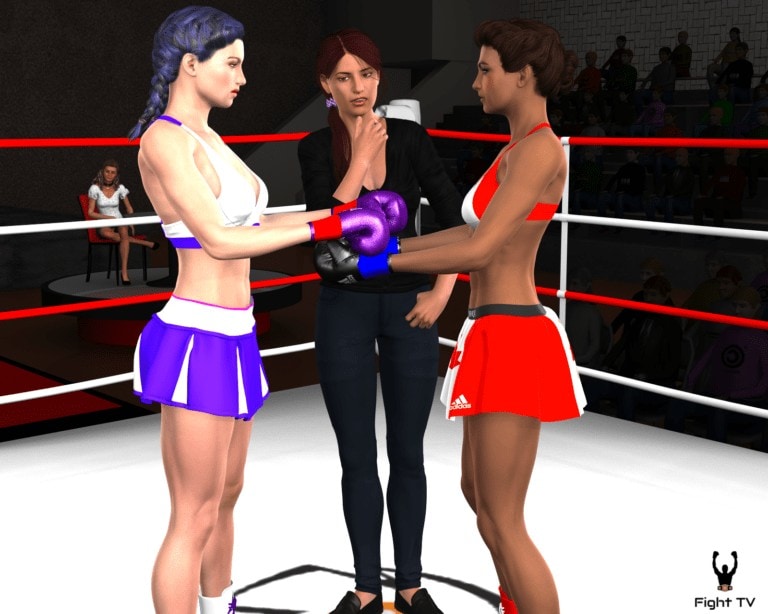