We go to the United States of America. More precisely New York City, where a high-profile fight is taking place in the Super Lightweight division.

Taylor Grant, from New Orleans, squares off against Chloé Potvin, from Québec City in Canada. 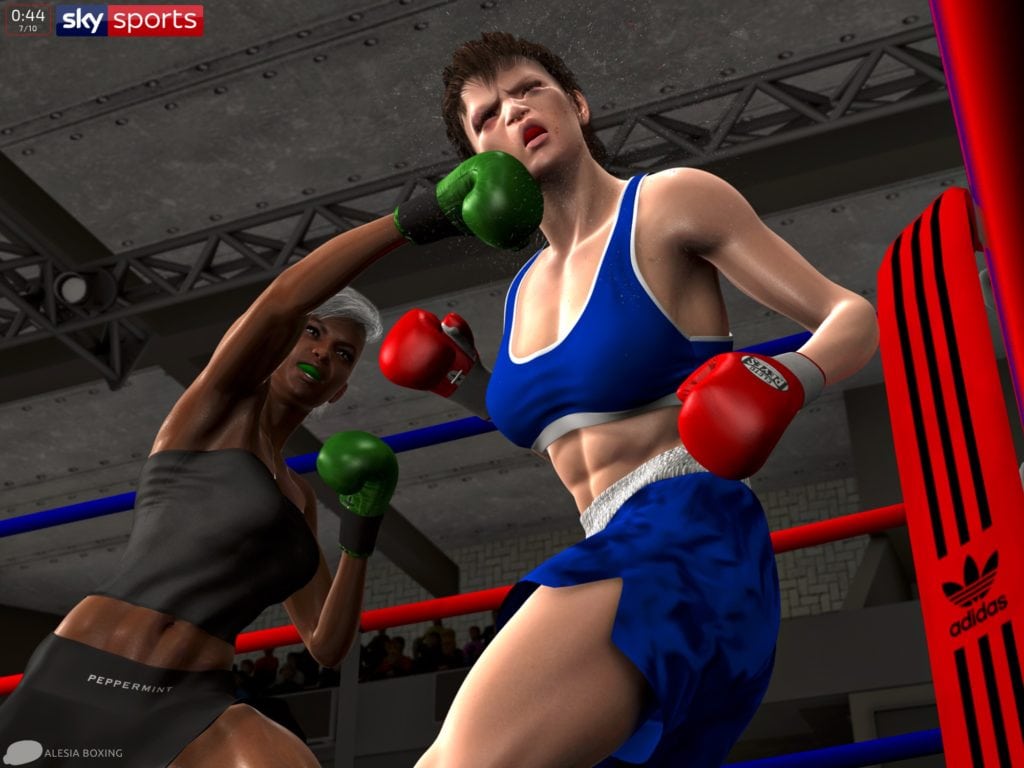 Potvin went into this as the number two contender to Nadia Monteil’s crown and an extremely strong fighter. She had 19 wins (17 KOs), 4 losses and two draws. Grant was the number nine in the division, the underdog despite being undefeated with 14 wins, no loss. Potvin questioned the quality of Grant’s opposition before the fight.

Chloé stormed out of the gate in the first two rounds, landing the best shots. She was the first to land solid hits on Taylor, who took control in Round 3. She managed Chloé’s pressure and started landing her trademark lightning-fast combinations. Her superior hand speed and accuracy turned a promising fight into one that showed a gulf in class between the two boxers.

Commentator: “Grant has been dominant in the last four rounds and she starts quickly once again in this seventh round. She picks Potvin’s defense apart to land combinations. Oh! Grant staggers Potvin with a left hook near the red corner and quickly follows up with a devil of a right! Potvin goes down!”

The ref gets close and sends Taylor to a neutral corner. He has a look at Potvin on the canvas.

Commentator: “Taylor Grant made a statement tonight by pummelling an elite fighter in her weight class. A convincing win that will be noticed. We may have seen, in action, the fastest hands in the Super Lightweight division and a new contender for reigning champion Nadia Monteil.”

A Québec City fighter who follows the footsteps of many celebrated local boxers. A tough customer and contender in the Super Lightweight division.
Profile
Support us
Characters and brands owned by us unless credited otherwise. Real-life elements used only for artistic purposes. You are NOT authorised to make derivatives. Icons credit: Font Awesome.
RSS Twitter Contact PRIVACY POLICY
2022, Alesia Schumann, AlexBoxer