What’s happening at this year’s German amateur national championships in Hamburg? A new Lightweight champion has been crowned. 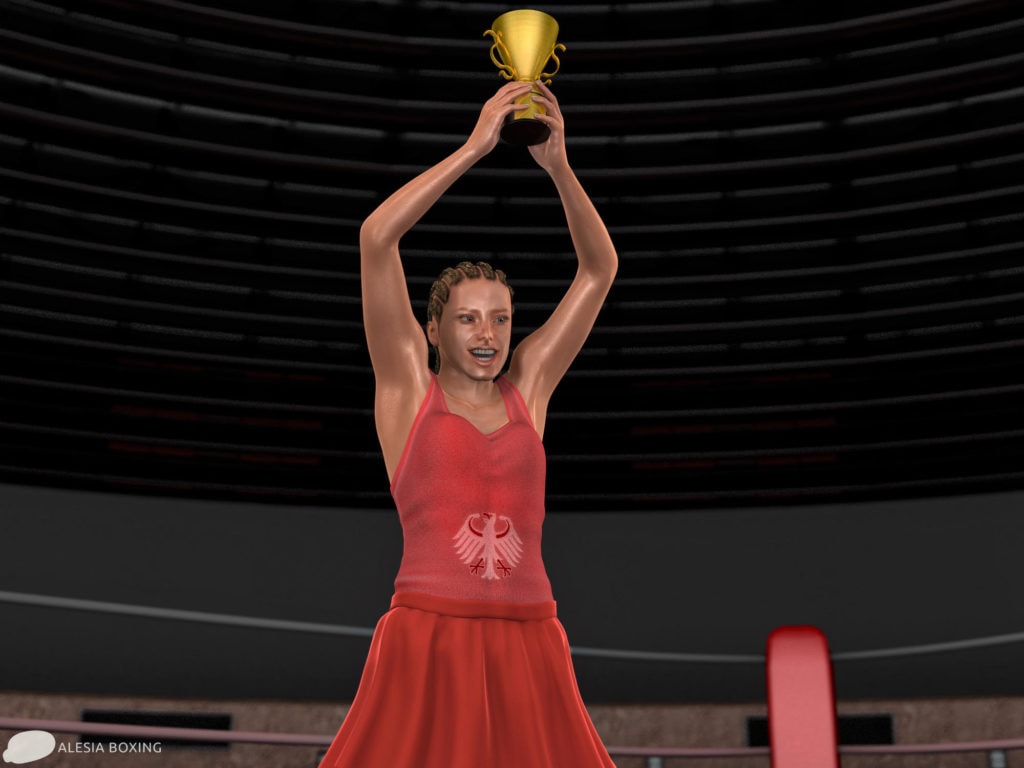 As expected, the announcement is greeted by a mix of cheers and applause, but also boos and whistles. Sophie has her fans in boxing, but there are also plenty of people who dislike her due to her reputation and attitude in the ring.

However, Sophie had a convincing path in the nationals after training extremely hard, following her sister Alesia’s inspiring German title win in the professional ranks. She beat all her opponents by stoppage until the final, which she dominated with a combination of speed and power that even her best rival could not match. Having Regina Halmich dictating tactics from her corner didn’t hurt either.

Regina: “Well done. It’s nice to see that you were more disciplined this time. You know that the refs were looking for anything to disqualify you.”

Sophie: “I would have enjoyed taking a bite or two here and there, though.”

Alesia: “Baby! Two champions in the family! One amateur and one professional!”

Sophie Schumann qualifies for the nationals 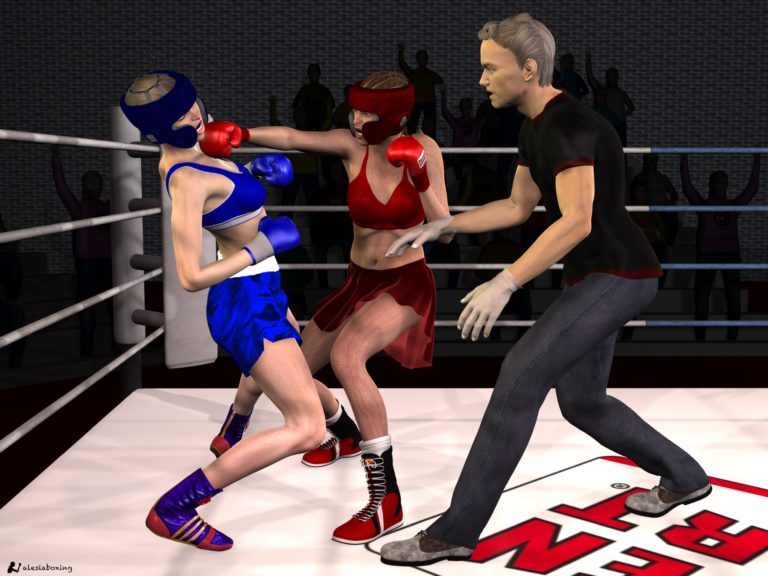