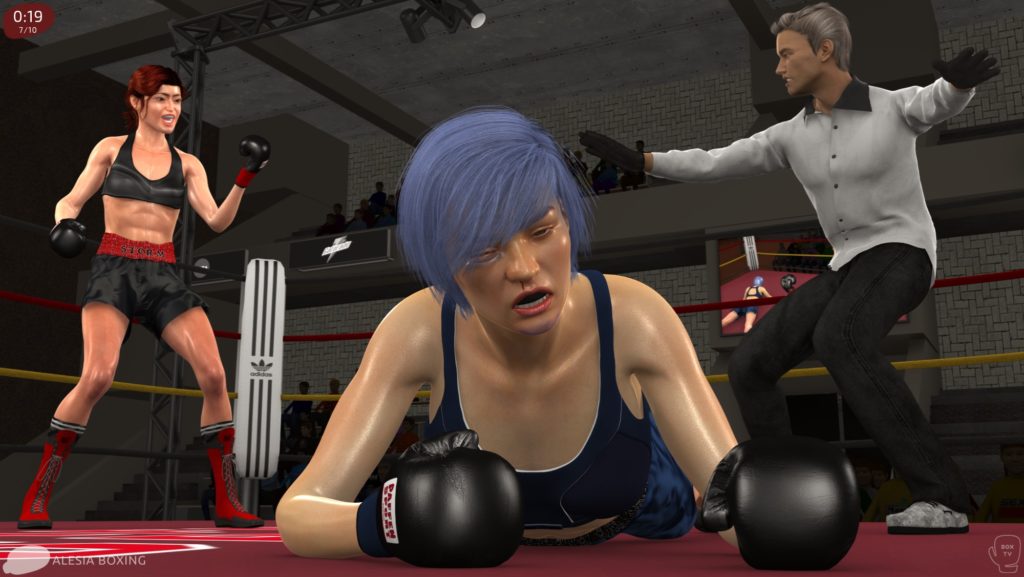 Akane approached this fight with a combination of patience, speed, and pure motivation to win. Patience to take the time and use crafty moves and defense to create her chances. Speed because when she went in, she threw explosive shots that stunned Erica.

Erica was well respected with a record of 12 wins and only one loss. Where Akane was more of the underdog for this matchup with a record of 7 wins (6 KO) and 2 losses. The arena that was almost completely full of fans shouting and cheering for the action.

“Shhh!” Akane pushed air out of her mouth as she sniped a right hand that collided with Erica’s chin. Number one contender Erica lost her balance and had a trip to the canvas in Round 5. The crowd cheered happily over the first knockdown as Akane went to a neutral corner. Erica quickly shook her head to get rid of the daze, and she got back on her feet.

Round 6 quickly approached and the Japanese-German took a stranglehold on the fight. Akane swung a short but sharp left hook that flew like a black comet covered in leather before smashing Erica across the face with a thunderous “PISH” noise. Erica grunted, her vision grew blurry and unbalanced before she fell down to her knees late into the round. Erica got up from the heavy blow by the count of eight but everyone could tell she looked tired. Her face was getting more banged up from the hard fight Akane was giving her.

Referee Alex Spindler warned Erica’s corner that he could call the fight if she couldn’t close the gap with her opponent.

After Round 6 was over, Akane stood in her corner trying to control her breathing as Regina urged her to not make changes in her game plan. “You’re doing great, said the German legend. But don’t rush her just because she looks tired. Box with patience in Round 7. Understood?”

Akane nodded her head. “Got it.”

Akane opened her mouth and Regina slipped her white mouthpiece in between her lips before she bit down. Regina left the ring and Akane smacked her Paffen black leather gloves together ready to continue. “Let me at her.”

Round 7 started and both fighters came out of their corners. The lights caused the sweat to gleam off their solid athletic bodies. Erica felt desperate to do something big to get back in the fight. She swung a flurry of hooks and jabs.

Akane wanted to fight back, but she remembered Regina’s advice, remained calm, and held her perfect orthodox stance. “Bap! Bap! Bap! Bap! The sound of leather hitting leather cracked in the air as Akane blocked the shots.

Eventually, Erica got through a short left, right jab combination. “Pish! Pish!” Akane’s grunted as her head snapped back both times. Erica attacked again, but she overreached. Akane saw her opening and she threw a fast and devastating combination. Erica felt her opponent’s right uppercut rip into her body. “Uugh!” Akane swung a left hook that blasted and distorted Erica’s cheek. “Uuh!!”

The Japanese-German boxer then landed another swift right hand on the chin that forced Eric’as head over her shoulder. “Uuuhh!!” A cloud of sweat appeared around her head and the fight instantly evaporated from Erica’s eyes. She fell forward and Akane stepped back to watch her crash to the canvas.

“Out,” Alex yelled as he got in between the two boxers.

Sweat dripped off of Akane’s body as she fist pumped over her victory. Erica was slowly crawling with her face up and dazed expression, wondering what just happened. The cheers were loud and almost deafening.

Esther: “Akane Watanabe wins by knockout. What a performance! Referee Alex Spindler made the right decision. Kühn showed little ability to fight back in the last couple of rounds and it would have been dangerous to continue. Many boxing observers had doubts, but Watanabe has broken cultural barriers and just knocked out the number one Lightweight contender.

Akane Watanabe prepares to fight the number one in Germany 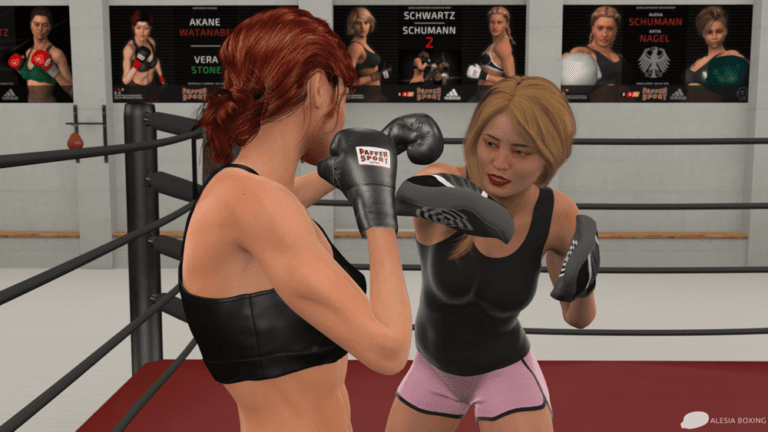 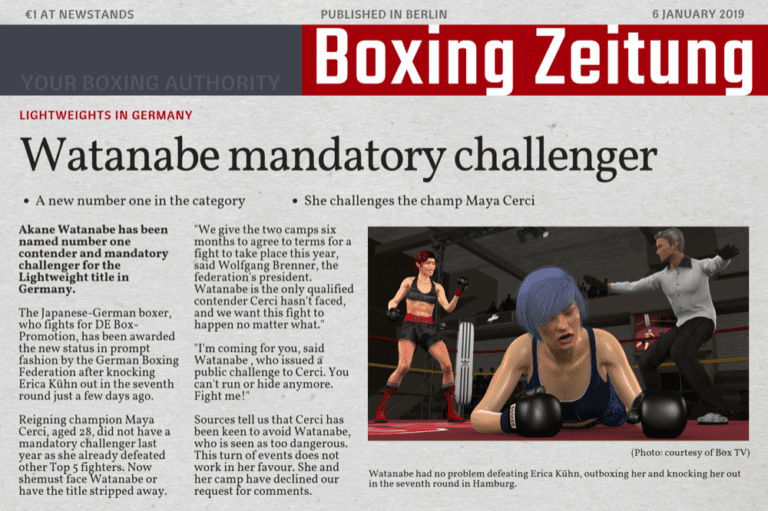