This Super Lightweight bout is an important one since Larissa is the number one challenger to Alesia Schumann’s title. Stella is number two. Should one score a convincing win, the federation could name her as number one and mandatory challenger. 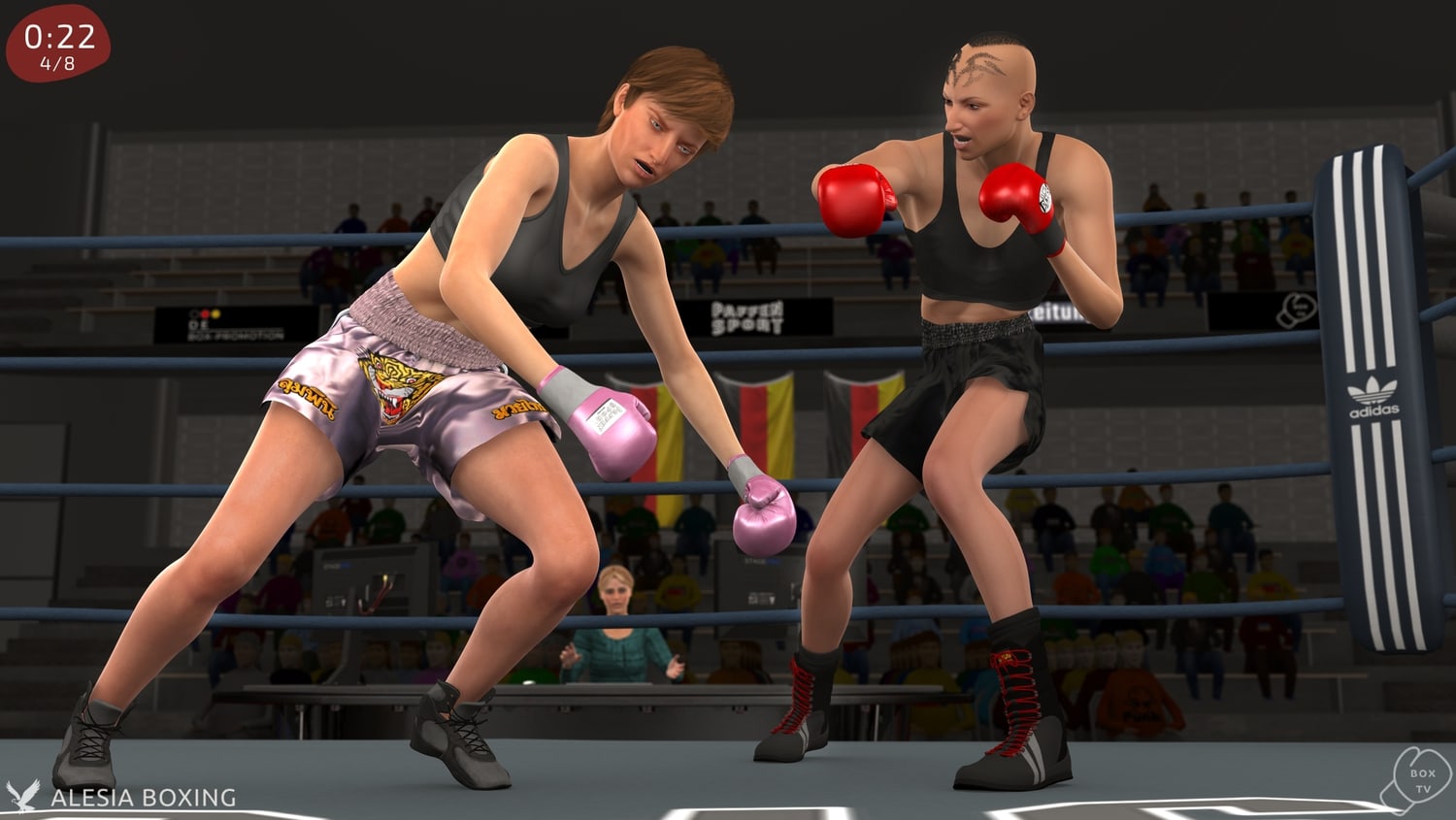 The first round is very tentative. For once, Stella starts slowly because she knows what’s at stake. She takes few risks, taking the time to read her opponent’s moves and gain an understanding of her game. Larissa is more aggressive from the opening bell. She smacks Stella with a few clean shots to take the round.

In the corner, Stella and her coach Axel Plesner are very calm.

Axel: “She hit you a few times, but you’ve seen her patterns. She always does the same feints, throws the same punches and charges forward. Let’s begin to stand our ground.”

Stella does it well in the second round. She moves a bit more. Larissa comes forward with her usual shots, but they only hit gloves this time. Once she can get close, Stella outmuscles her opponent and lands a clean punch or two before the referee separates them. She takes that round.

Back in the corner, Axel is happy. He calls for more aggression in the third.

That’s exactly what happens. Stella takes the initiative and fires before Larissa can make a move. She dominates the round with increasingly heavy punches that take the number one challenger aback.

Between Rounds 3 and 4, Axel is more demanding.

Axel: “Ok. That girl didn’t show us anything new in the last round. She got to number one due to lack of opposition. It’s not even risky to try and finish her. Go for it.”

A fan of Lucia Rijker, Stella does her best impression of her. She moves, dances, bobs and weaves accurately before coming in with massive shots as her opponent commits to throw. All Larissa can do is absorb the full force behind them and grunt. She’s slowing down, and the punches hurt.

With 35 seconds left to go in the round, Axel yells: “FINISH HER!”

At that point, Stella is on the edge of the ring. She gives her prey a good shoulder shove and lands a left hook on the chin. Larissa drops back, but the former prison guard comes forward with a big right hand.

Larissa stumbles back and Stella goes for the kill. She rotates her upper body back to put everything in a telegraphed, but powerful right cross that smashes Larissa’s cheek and sends her down.

The lady in black calmly walks to a neutral corner and the ref waves to end the fight.

Stella’s record moves to 5-0, all knockouts.

In her post-match interview with Esther Schouten, the winner thanks the people who backed her to become a professional boxer. She also has a message.

Stella: “I’ll surely become number one challenger after this. Alesia Schumann, I know you’re watching. I want you! Fight me! I’ll knock you out and get the German title!”

After the interview, Esther wraps things up before the next fight can begin.

Esther: “Stella Haussmann has taken her place under the sun. She is rising up and she wants to snatch the German belt from Alesia Schumann’s waist. Will the champion give her a title shot?” 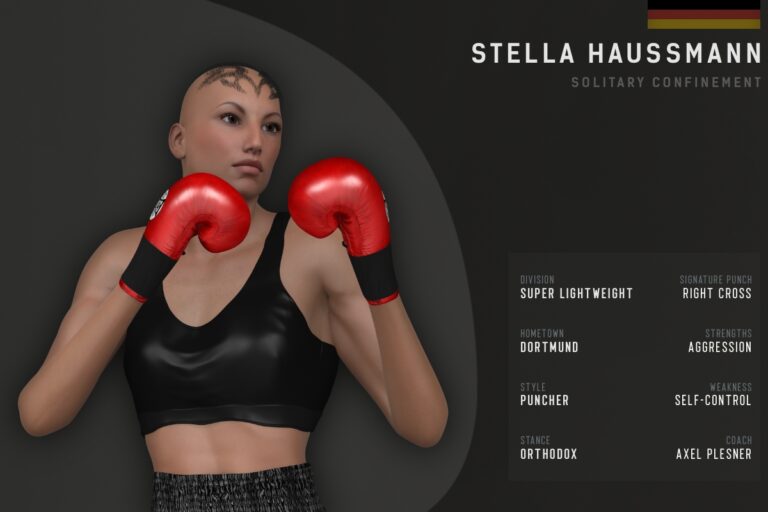 Alesia Schumann to defend her title against Stella Haussmann 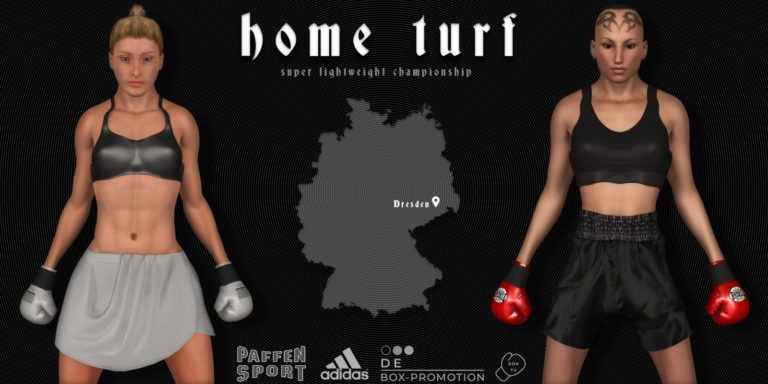 German Super Lightweight champion, former world champion and one of the pound for pound best. The Diva is known for her tactical strength and durability.
Profile
Support us
Characters and brands owned by us unless credited otherwise. Real-life elements used only for artistic purposes. You are NOT authorised to make derivatives. Icons credit: Font Awesome.
RSS Twitter Contact PRIVACY POLICY
2022, Alesia Schumann, AlexBoxer