It’s showtime in Los Angeles, where the main attraction of the evening is a fight between rising star Taylor Grant and former champion Nadia Monteil.

Nadia weighed her options for a return fight after a bitter Super Lightweight world championship title loss at the hands of Anastasia Orlova early this year.

The French camp received an attractive and lucrative offer from the Grant side to stage a superfight in LA. They took it up. The experienced Monteil is in her 30s, and in no mood to add meaningless tune-ups to her record. She wants a big win to stage a comeback and have a title shot.

Usually a slow starter, Nadia jumps out of the blocks in the first round. She comes forward with strong attacks that unsettle the rising star.

On Star Sports 2, the commentators share their astonishment with the audience.

Jim: “The second round is almost over and Monteil has done a fantastic job to take control of this ring. She lands power shots against a top prospect, and she makes it look easy.”

Warren: “This is mighty impressive. Grant can’t seem to get her game going. She may have the fastest hands in the Super Lightweight division, but the Frenchwoman’s use of space to thwart her attacks is outstanding.” 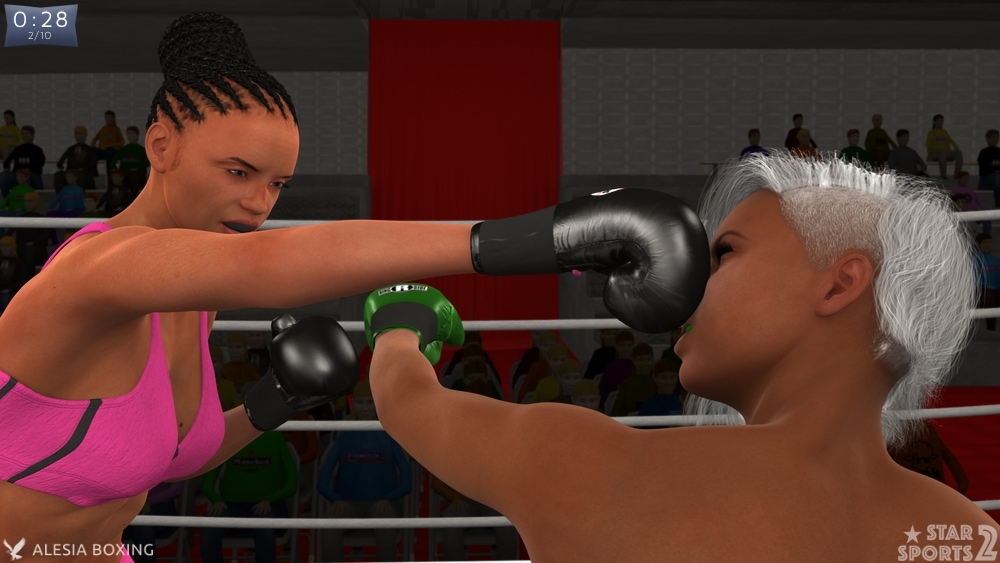 The third round is disputed. Taylor finds her range and hits the target a few times, but Nadia fires back.

Grant has the edge in Round 4, adapting her tactics to a surprisingly aggressive fight style she had not anticipated. The American fights backwards, lets her rival come in and punishes her on the counter.

Jim: “… and gives a taste of her green-clad knuckles to Monteil. It seems that she has her speed back.”

Warren: “Grant puts her class on display in this round. She was surprised by Monteil’s lightning start, but she doesn’t look intimidated. We have a thrilling superfight underway in Los Angeles.” 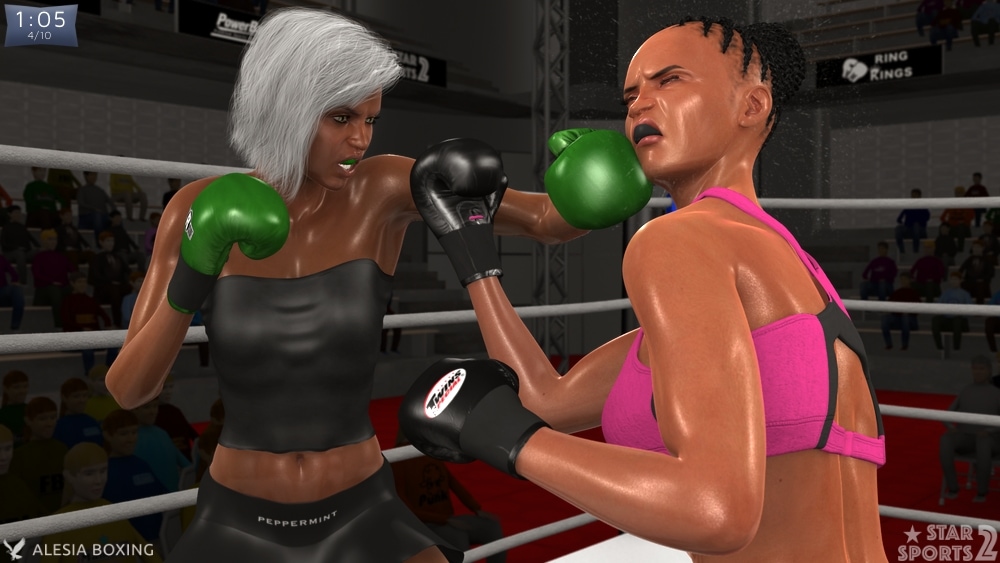 Nadia keeps pressing in Round 5. A more passive Taylor has been told to slow down the pace a bit and cover up better, conceding the points to save some energy for the late stages.

Round 6 is a different affair. The American opens up to stand her ground… and pays for it. Nadia lands bone-crunching punches by getting close and timing her shots to perfection. 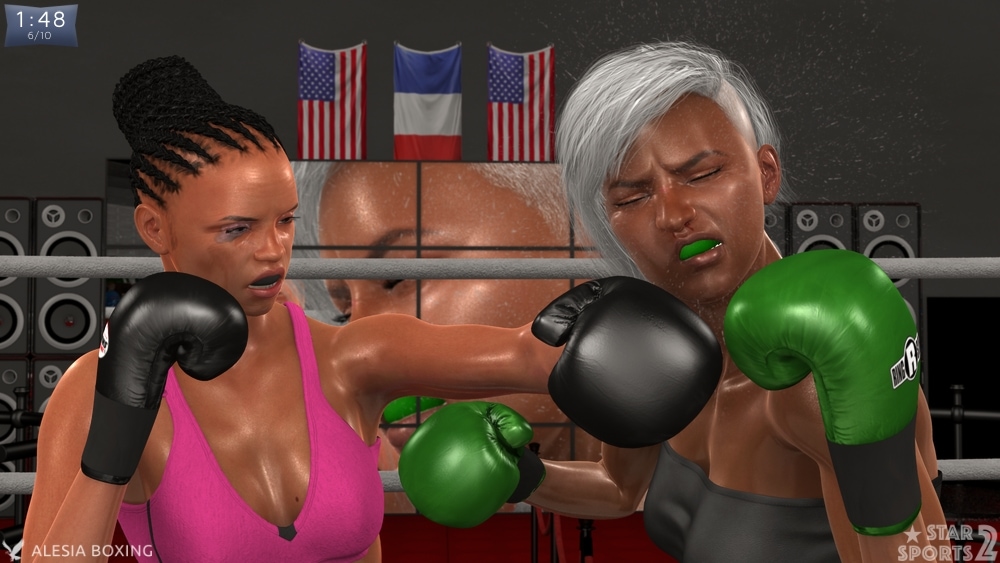 Warren: “I have Monteil ahead on my card, and it’s the first time that we see Grant behind in a fight. Her corner has to be concerned because everyone who tried to catch up with the former champ got knocked out in the late rounds. Monteil brought the fight to her territory.”

The seventh and eighth rounds are tight. Both boxers show their quality in an effort to outsmart the opposition.

It looks like the ninth round will deliver the same story until Nadia starts taking the body. Taylor takes a couple of shots downstairs, but she starts firing back over the Frenchwoman’s punches.

The decisive blow comes late in the round. Nadia goes for a straight left that targets the abs, but her opponent pivots and zooms in with a right cross that comes out like a ball of fire. 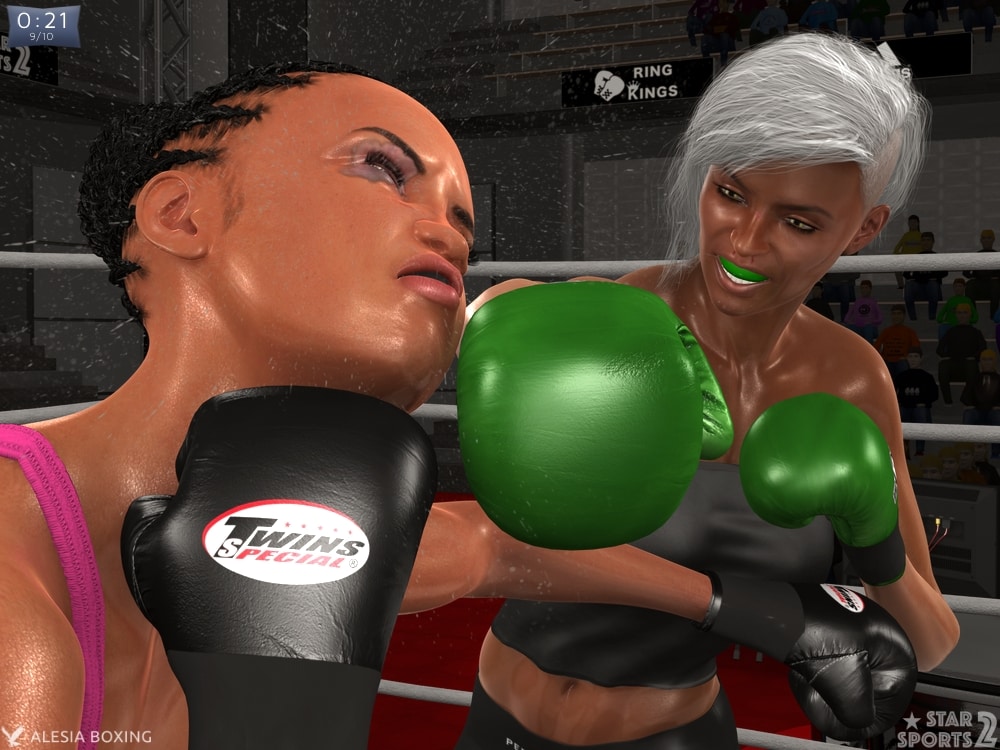 The former champ stumbles back. Taylor charges with a brutal, supersonic combination. Green leather pummels and wrecks Nadia until she falls flat on her back.

Jim: “MONTEIL IS DOWN! The defiant performance she put together in the first eight rounds of this fight has been swept aside by a storm. Everyone at ringside wondered when Grant would finally explode, and she just did it, in devastating fashion.”

Warren: “The way Monteil just fell… makes it look at hopeless as the coyote going down the Grand Canyon.”

The referee comes close to declare the end of the fight. As he goes away to ask the doctor to come in, a triumphant Taylor rushes to Nadia and poses over her.

Taylor: “Come on, guys, come in faster. We have a hurt boxer here!” 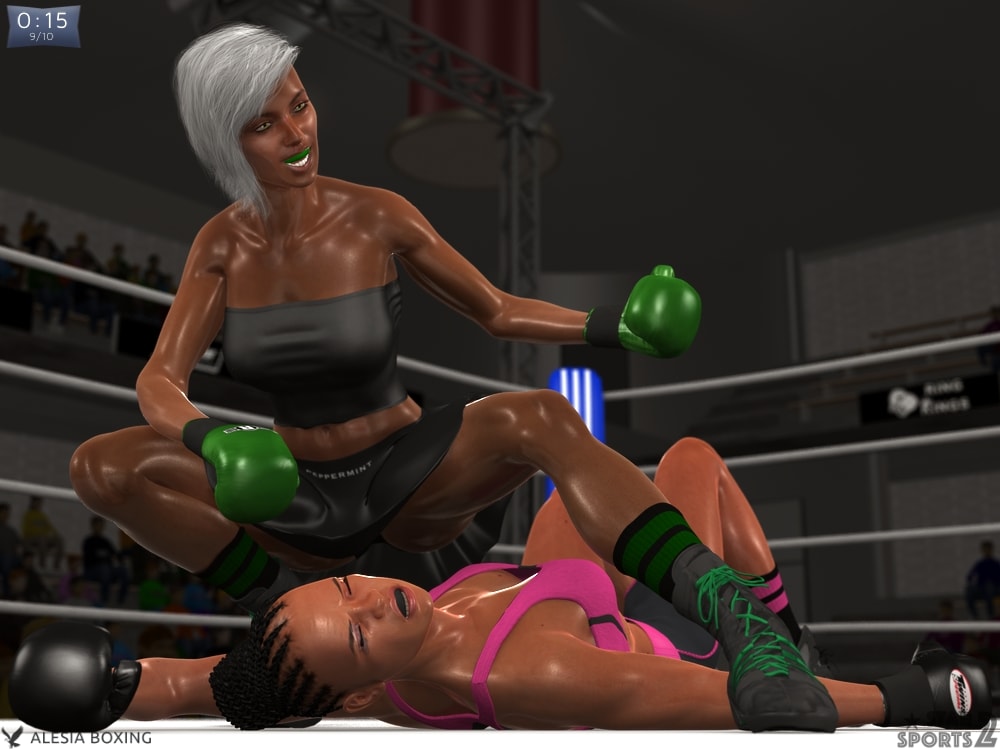 The crowd’s reaction is mixed. Some fans applaud the performance. Others are concerned for Nadia and irritated.

A new number one?

Jim: “Taylor Grant’s showmanship is bound to divide fans and observers of the game, but nobody can deny the quality of her boxing. Monteil was in great form tonight, perhaps better than at any point in her career, and she got knocked out cold by the only Super Lightweight who may have a chance to beat reigning champion Anastasia Orlova.”

Warren: “As we said multiple times during this broadcast, Grant has the fastest hands in the division. She also demonstrated durability and the ability to win against a boxer who was fantastic prior to Round 9. I expect Grant to earn a title shot in the coming 12 months.”

Jim: “If you are the champion, how do you solve Grant?”

Warren: “Orlova has the extensive reach, speed, positioning and exceptional ability to read anyone’s game. In my opinion, she is the only one who could outbox Grant.”

Taylor: “Nadia fought well, but that’s never gonna be enough against me. I also think that we’ve seen that Americans are on top of the game. I just stopped Nadia Monteil. Those Europeans are protected home fighters, and they are no match for us.”

Nadia recuperates well after the fight, but upon seeing the video of Taylor’s post-match behaviour, she vows to exact revenge.