As Remembered by Kasandra Sobieski. 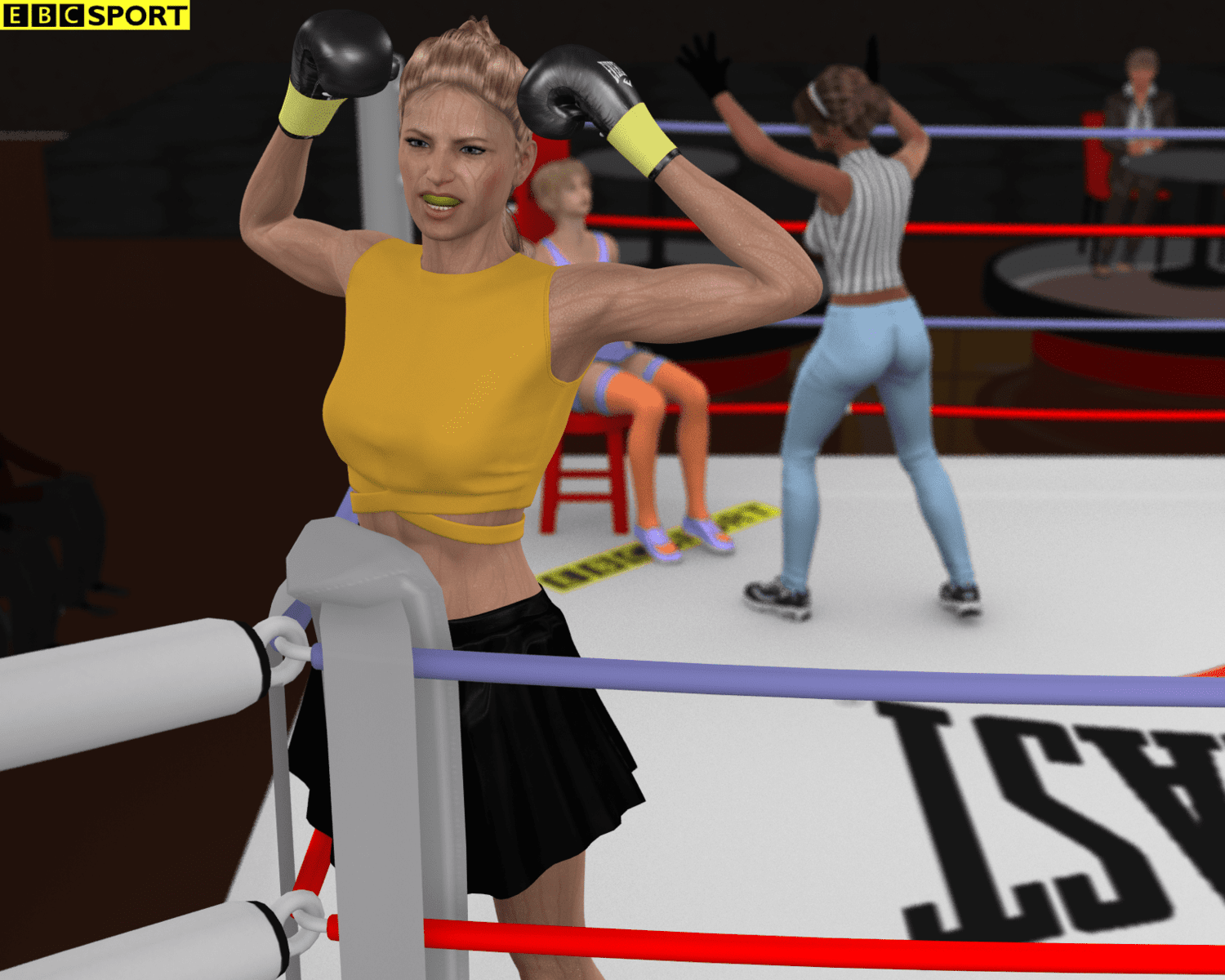 Jim worked closely with Kayleigh to get back to ‘being a boxer.’  I kind of liked watching Kayleigh slug it out with other girls, but there’s no question that she’s better when she uses her skill to beat people with her boxing skill, rather than just  her punching power and willpower.  So, I was a bit of a sparring dummy for a while there, but I’m picking up a lot of tricks from her.  I think I’ve even managed to earn her respect?  She actually doesn’t try to knock me out when we spar anymore, so that’s nice.  She’s not friendly, but I think she knows that I’m helping her.  It’s a start.

Anyway, I don’t want to ramble about sparring anymore.

Kayleigh’s promoter got her a fight against a decent fighter from Holland, Ilse van Stroot.  I think her record was 6-2 or something like that.  Kayleigh trained like crazy.  She actually wore me out  and Jim had to bring in some other girls (and boys!) for Kayleigh to work with.  Kayleigh was sharp in training.  Focused.  Dedicated.  I didn’t think Ilse would stand a chance.

And I was right.

The Kayleigh of old would have waded in from the start and dared Ilse to do something about it.  This refined, more disciplined Kayleigh simply started off with quick jabs and constant pressure with footwork.  It was mental warfare from the start, with Kayleigh asking the question if Ilse was up to the task of hanging with Kayleigh Parsons.  Unfortunately for Ilse, the answer was no.

I’m not saying I would have put up a better fight, but Kayleigh was out there to prove a point and Ilse was just a the chosen lamb for the slaughter.  In the first round, Kayleigh did a fantastic job of mixing up soft jabs with hard, powerful jabs that stung Ilse.  The poor Dutch girl took a couple of hard jabs and put her gloves up to defend herself, which of course let Kayleigh in to punish the body.  What really was working for Kayeigh was her control of range.  Her control of distance with the jab let her dictate the fight.  Everything happened because she wanted it.  If Ilse wanted to land a punch, she had to step in, and Kayleigh punished her for that, time and again.

The second round started much like the first.  Ilse came out with a little pep, trying to throw and land punches, but Kayleigh danced at the edge of Ilse’s effective range and made her miss with some nice head movement.  Then after Ilse over extended with a right hand, Kayleigh crunched her with a perfect uppercut that wobbled Ilse and forced her to clinch…and that’s when the fight really stopped being an athletic contest and turned purely into a showcase for Kayleigh.

The remainder of the second and the third round was dominated by Kayleigh, just…clinically.  She didn’t allow herself to take risks, she would just come in, land a couple of jabs and then step out of range.  Rinse and repeat.  Occasionally add in a right hand for spice.

The fourth round was just destruction.  Satisfied that her opponent had nothing left for her, Kayleigh worked behind her jab to open up room for her right hand, and then began to follow up up her right hand with a swift left hook as well.  Ilse took the punches, but by now her face was a mess and her right eye was starting to swell and close from the punishment it had taken from Kayleigh’s jab.  The referee was close to stopping the fight at points, but Ilse never seemed wobbled, just outclassed.

At the end of the fourth, Ilse went to her corner and sat on her stool, looking exhausted.  The ref had seen enough by this point and waved the fight off.  An absolutely dominant win and the fans went wild for Kayleigh.  She has such a connection with the fans here in London.  She’s a local girl that’s made good.  One day, I hope they’ll give me the same treatment.

After the fight, Kayleigh did thank me for sparring with her, which was nice.  We aren’t…friends, I mean, we are barely colleagues, but I think I have her respect.  Which is all I can ask.  I think both of our futures look bright! 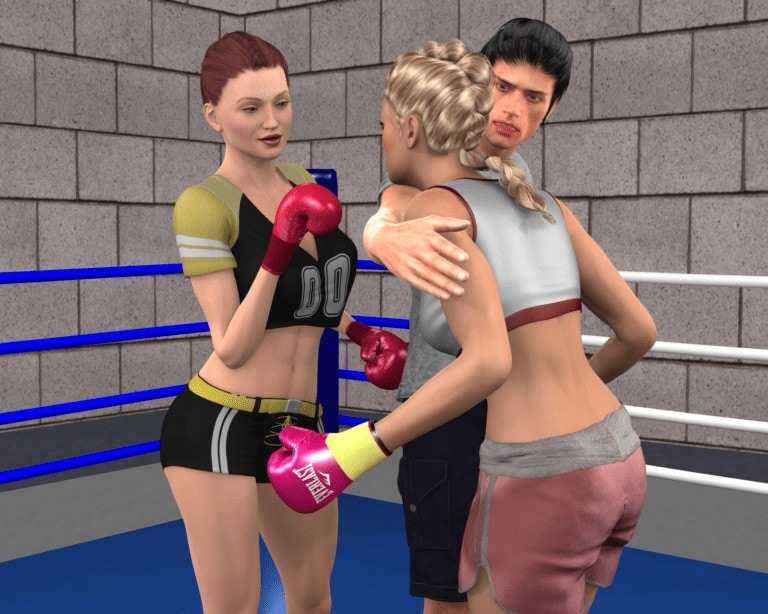 An original character owned by Alex. From London, she is skilled, headstrong and brutal in the ring.
Profile
Support us
Characters and brands owned by us unless credited otherwise. Real-life elements used only for artistic purposes. You are NOT authorised to make derivatives. Icons credit: Font Awesome.
RSS Twitter Contact PRIVACY POLICY
2022, Alesia Schumann, AlexBoxer