Detroit, Michigan – Chelsea “High Voltage” Carter was in the ring for her second fight in September, another four-rounder against a local boxer. Let’s see how she fared this time.

The San Francisco native suffered a decision loss against Julie Marks in her professional debut. Since then, she worked on her physical strength and muscle mass to overcome a shortcoming in punching power.

Mercedes and her adoptive dad scouted for an opponent until they found Valerie Hardy. Another tomboy who is shorter and naturally strong. Her record stood at 2-1 before this fight. One of her wins came by way of knockout.

At the sound of the bell, Chelsea boxes from outside. She has greater height and reach than her opponent, so she lets her come in. She does it with a twist: often being the first to punch with a quick release.

Fluid movement and fast counterpunching keep Valerie guessing what’s coming next. It comes in the form of Chelsea’s red gloves. High Voltage lands the cleanest shots of the round. She often steps back and throws as soon as a shoulder moves.

Valerie’s coach orders to press forward and disrupt her opponent’s smooth work because there is nothing better than a good, old-fashioned, hard punch in the face to create chaos.

It doesn’t work out the way the blonde wants it in the second round. Chelsea’s motor is humming and the counters keep coming. She slips away, keeps her shoulders tight, and works from angles before firing punches to release force from her tightened muscles.

Chelsea works with her hand speed advantage. At 1:24, she turns away from an incoming hook to the body and twists her torso to deliver a stiff straight left. The red gloved fist finds Valerie’s jaw and introduces itself with a collision. 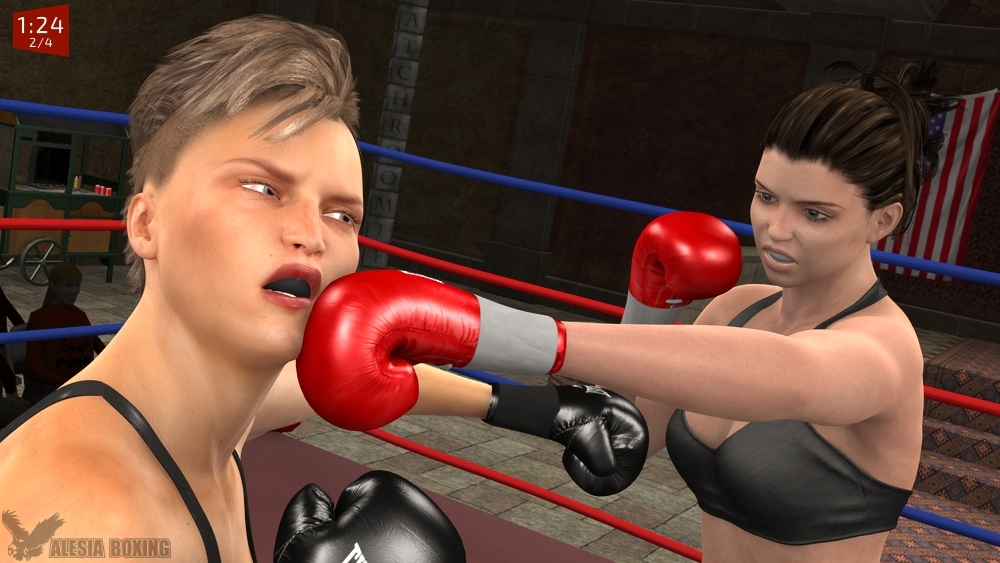 Chelsea carries the second round. The third one is another smooth one for High Voltage, who outboxes Valerie with her velocity.

Between the third and fourth, Mercedes is happy but not completely satisfied. “I want more power. Don’t be careless. Put more gunpowder in yer paws.”

Before the round starts, Chelsea looks at her hands, smiles looks across the ring and thinks: “These are for you, Valerie.”

Hesitant at first, Chelsea lowers her stance and keeps moving. She “sits” to add strength to her punches. She cracks Valerie a few times in the jaw during the round. The shots take their toll and the blonde slows down, especially in the last 30 seconds.

Power shots landing jolt the crowd. A few guys scream Chelsea’s name and egg her on in the hope of a knockout. As the clock runs out, the San Franciscan clocks her opponent harder.

With 10 seconds to go, Valerie’s hands drop. She looks dizzy and, for the first time in the fight, she steps back. Chelsea steps forward and launches a flurry of punches, including a strong right hook that rocks her opponent. 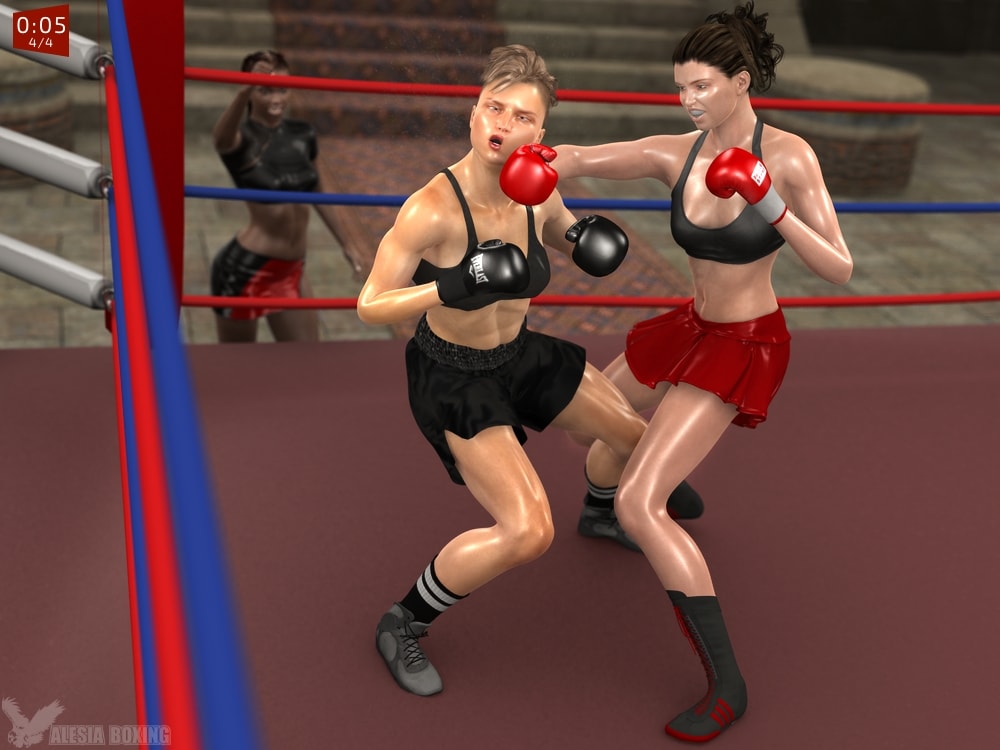 Mercedes: “She be swingin’ and she be stingin’! What a punch! With that sweat, she be stinkin’! Hahaha!” 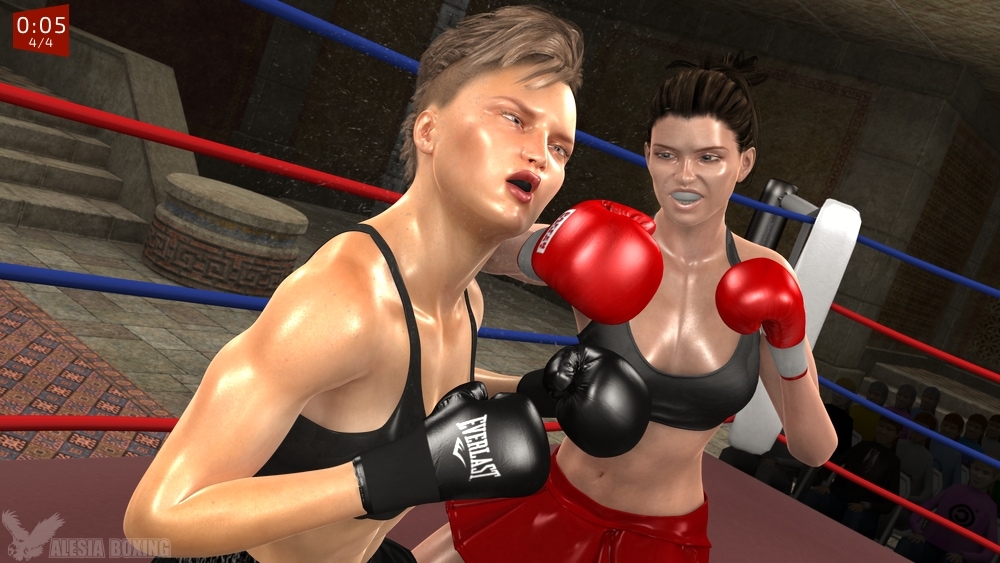 By virtue of a good chin, Valerie takes the clean hits until the final bell. The crowd cheers the increased violence of the fourth round.

All smiles, Mercedes gets into the ring to congratulate her fighter for a steady, assured performance.

Mercedes: “See the difference? Dat girl was as dangerous as yer first opponent. Ya beat her.”

Chelsea: “Thanks! I wanted the knockout, but that will do.”

Ring announcer: “Ladies and gentlemen, after four rounds, we have a decision. All three judges score this bout 40 to 36, in favour of the winner, by unanimous decision…. Chelsea “High Voltage” Carrrrrterrrrrrrr!”

The audience cheers, prompting Chelsea to walk around the ring and raise an arm in triumph. 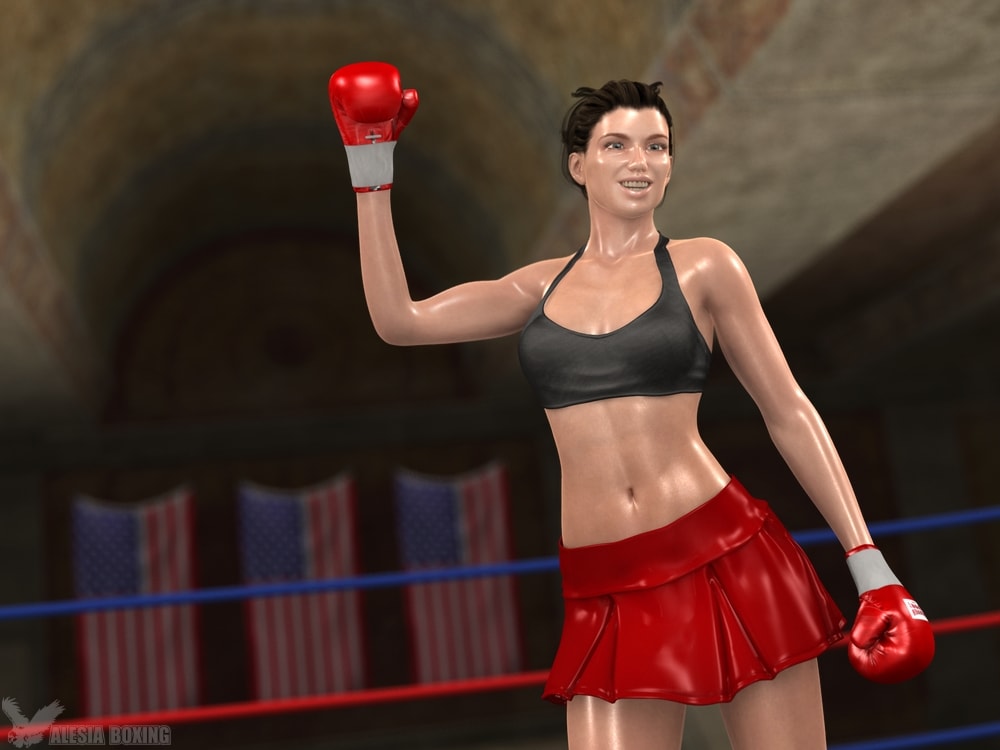 Then, she sits down in the middle of the ring.

Chelsea: “My first pro win. My first fans. I could stay here all night.”

Mercedes: “Haha! Get up, pork chop! There be other fights after ours!” 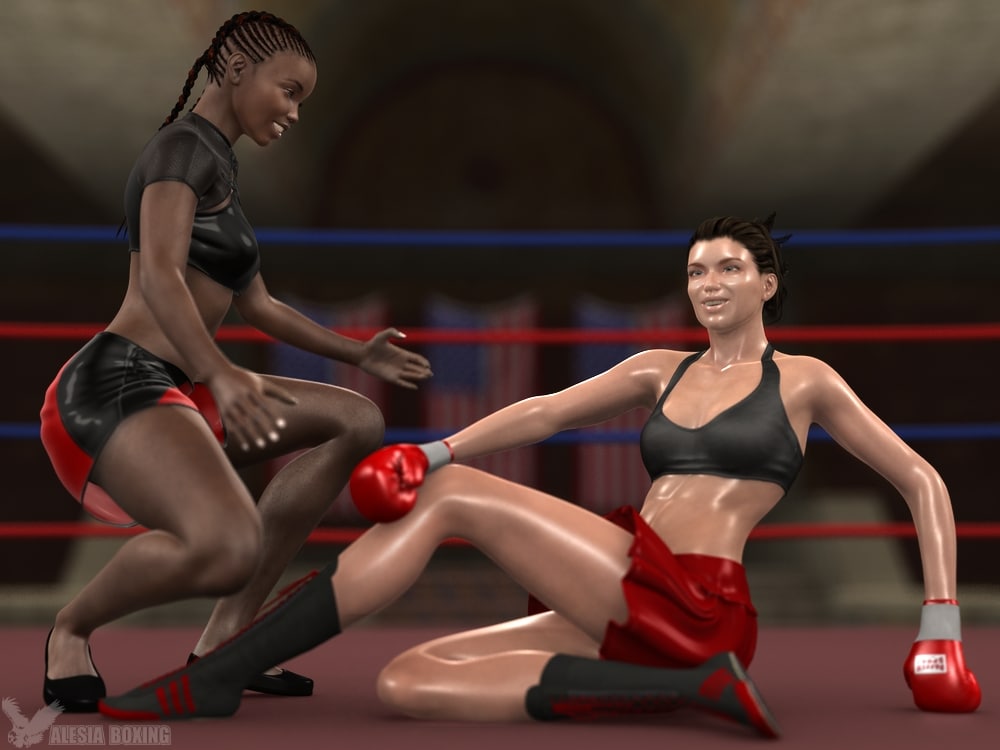 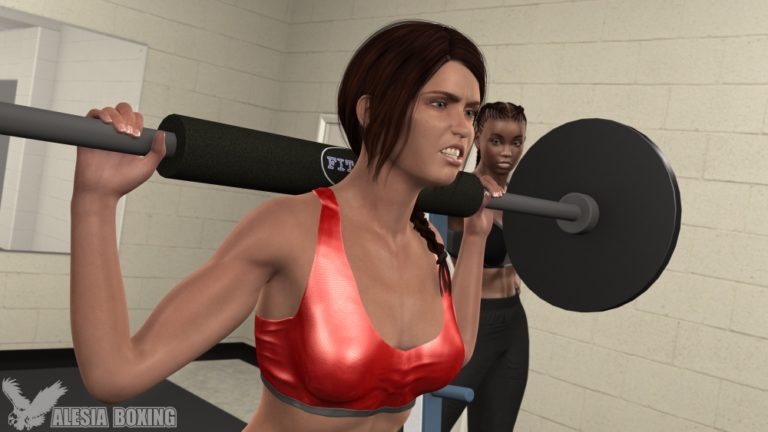 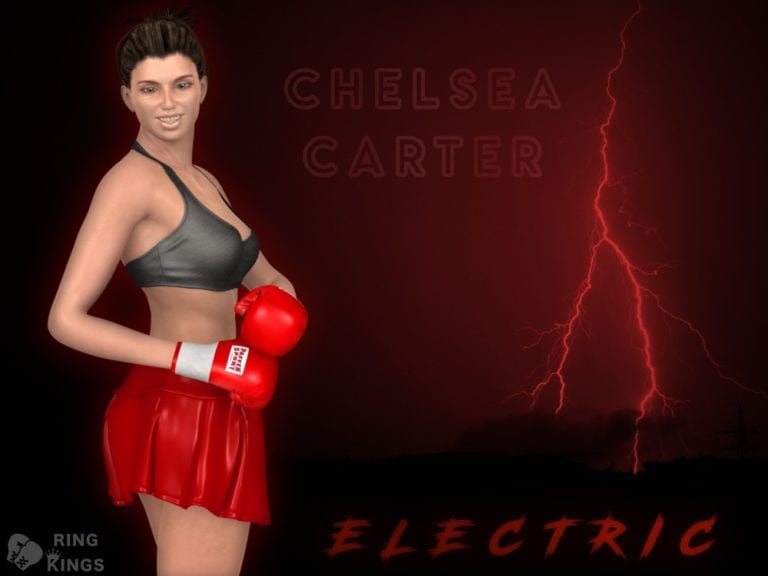