One minute of rest, two camps that will confer after the first round. We start at the blue end, where the first two minutes of action were fruitful.

Caspar: “Good. You took that round with ease. She had no response to your movement and attacks.”

Leyla: “It’s so much fun to box her. I can do whatever I want. She must be afraid since I owned her in sparring.”

Caspar: “You have a psychological advantage and there is a lot of attention on this fight. This is an opportunity to leave a lasting impression on the audience. Don’t rush it. Be methodical to give her a whupping. Make it last until she’s toast.”

Leyla smiles: “I can enjoy that. I didn’t train for weeks to finish it in a couple of minutes anyway.”

Caspar: “Yeah. We have the stage. Let’s give a good show.” 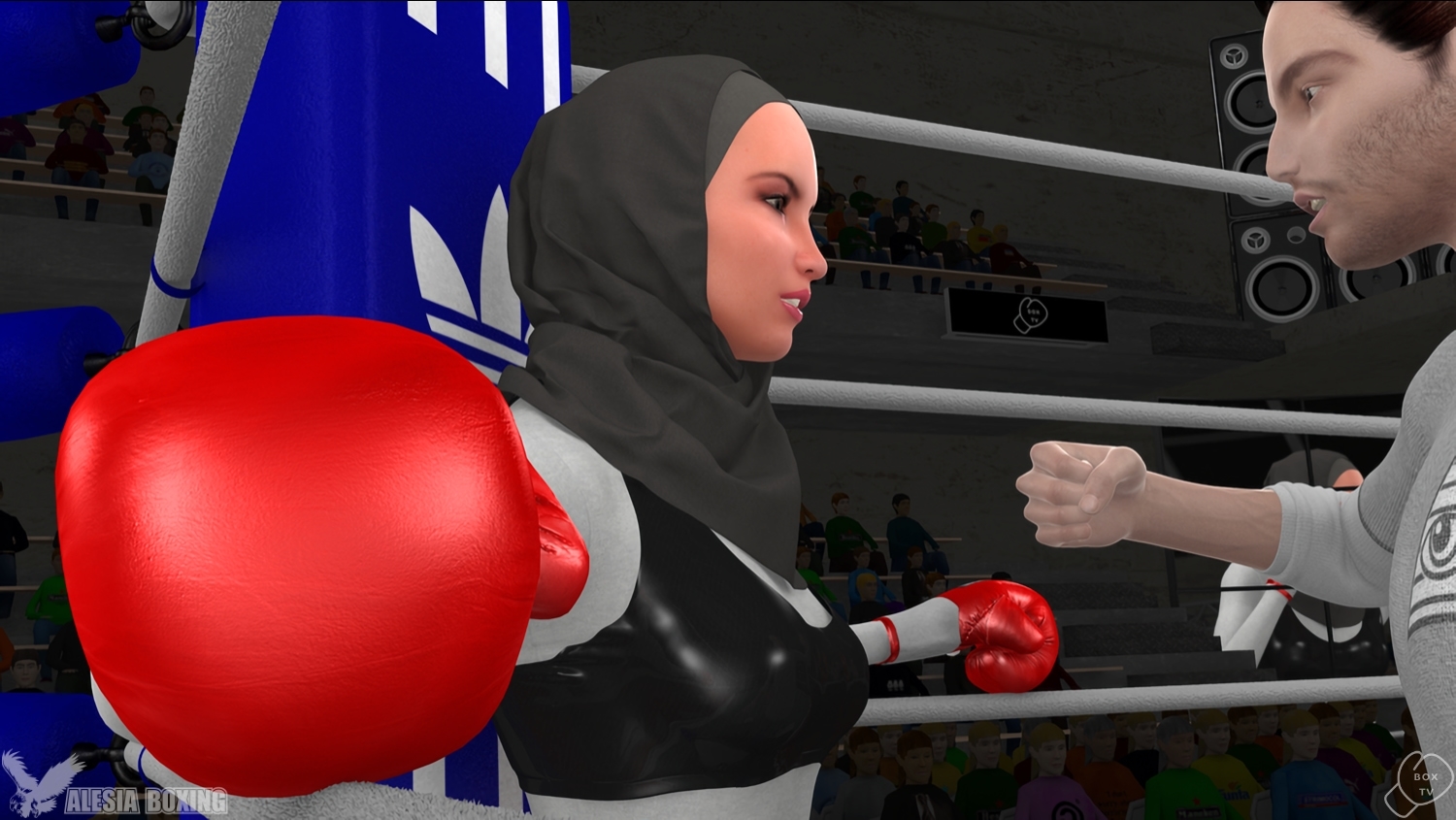 In the red corner, the protagonists are more confident than the other side may expect.

Anna: “I took a few for the team there. What do you think of her?”

Maxim: “Nice technique and she cuts the ring well, but she isn’t all that quick and her movement from the philly shell is a bit robotic. That’s perfect for counterattacking.”

Maxim: “Let’s box from outside and borrow a few tricks from Sugar Ray Leonard against Marvin Hagler.”

Maxim: “I’m not asking you to match his level. Just to use a couple of his methods. Leyla comes in from a low stance and doesn’t move that much when she attacks. Number one: up to the solar plexus, your body focuses on mobility while the upper body does punching and slipping. Number two: put some pop in your punches.”

Anna: “Doing a number two would be putting poop in my punches.”

Maxim: “Haha! Just look at the way I’m putting torque in that right hand by twisting the chest. I put some pop down the middle without overcommitting, so I can throw in rapid fire. She comes in to attack without slipping all that much, so she’ll get hit today.”

Maxim: “Remember. Up to the chest is for moving around the ring. Above that, punching and avoiding shots.” 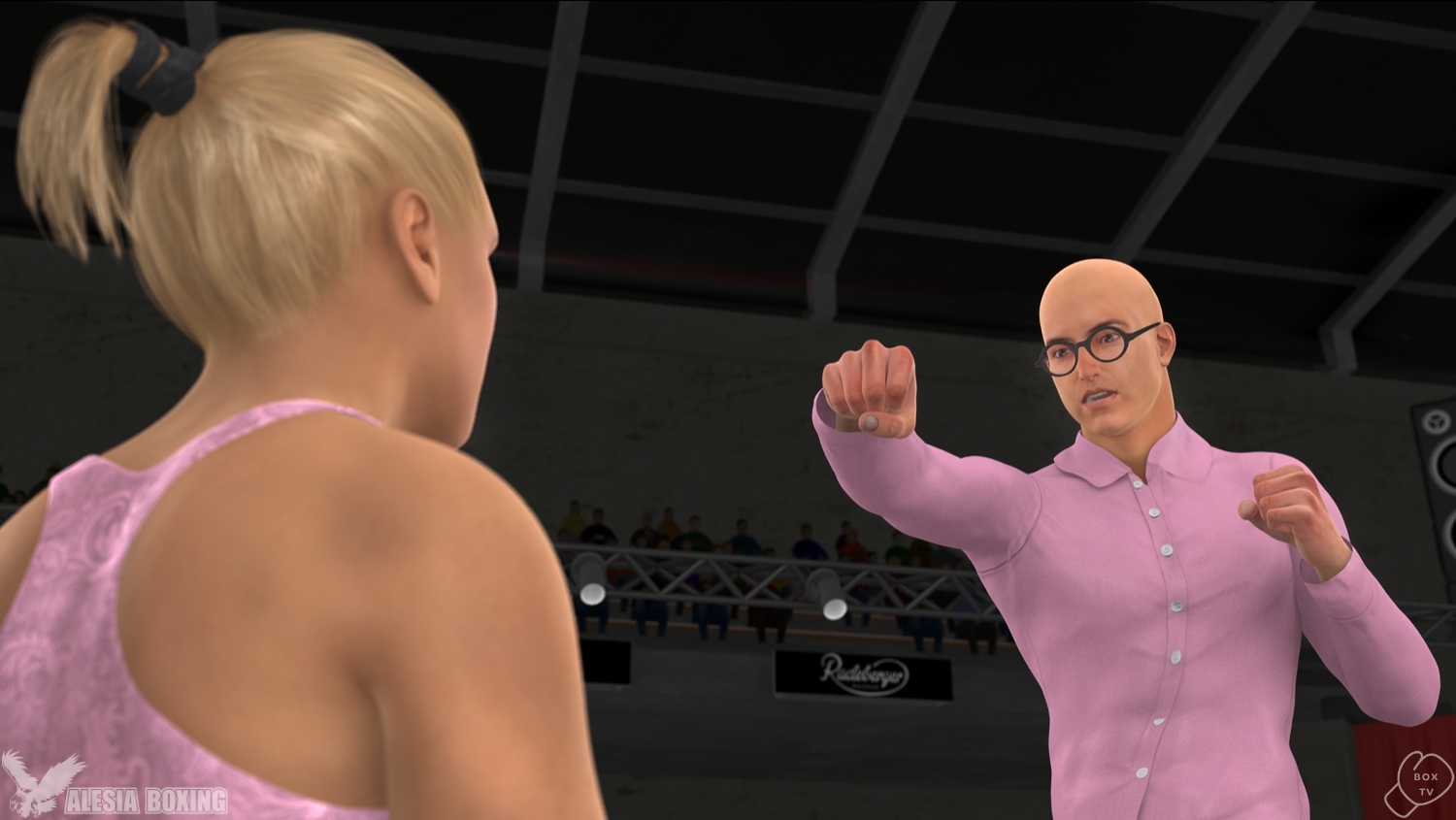 Esther: “We only have two minutes to evaluate so far, but a clear result in favour of Abdul. She mastered Schwartz and landed clean punches to give herself a one-point lead on my card. Will she fall prey to a sophisticated game plan? We will find out shortly.” 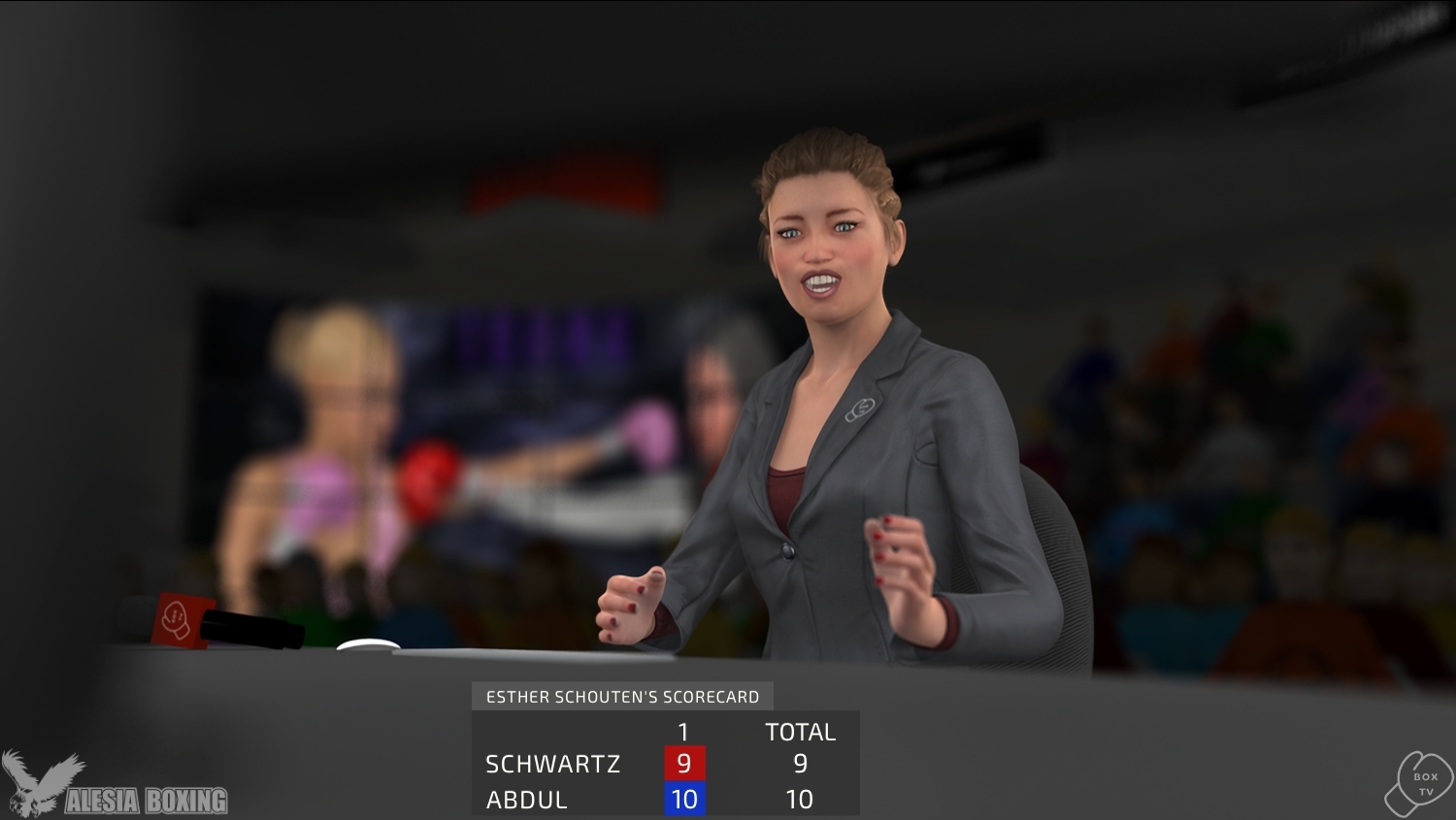 Anna and Leyla are my characters

Scroll back to top