Virani and Emma gathered at Virani’s apartment to watch DAZN’s Saturday night boxing card from Las Vegas. The card would feature two matches of interest – Tanille Taylor would take on Jessimin Reed and ‘The Empress’ Hee Jung Park would have her first match in several years, taking on Amy Rucker.

In the undercard match, Tanille started slowly, but easily handled Jessimin Reed, sending her to the canvas once in the 3rd round and then again in the 4th, where the referee wisely stopped the fight.

Virani: “Any thoughts on that one?”

Emma: “Well, she hasn’t gotten any worse. Poor Jessimin doesn’t have the durability to stand up to a barrage of punches from someone like Tanille.”

Virani: “Yeah. I’m not exactly stoked at the idea of fighting Tanille.” 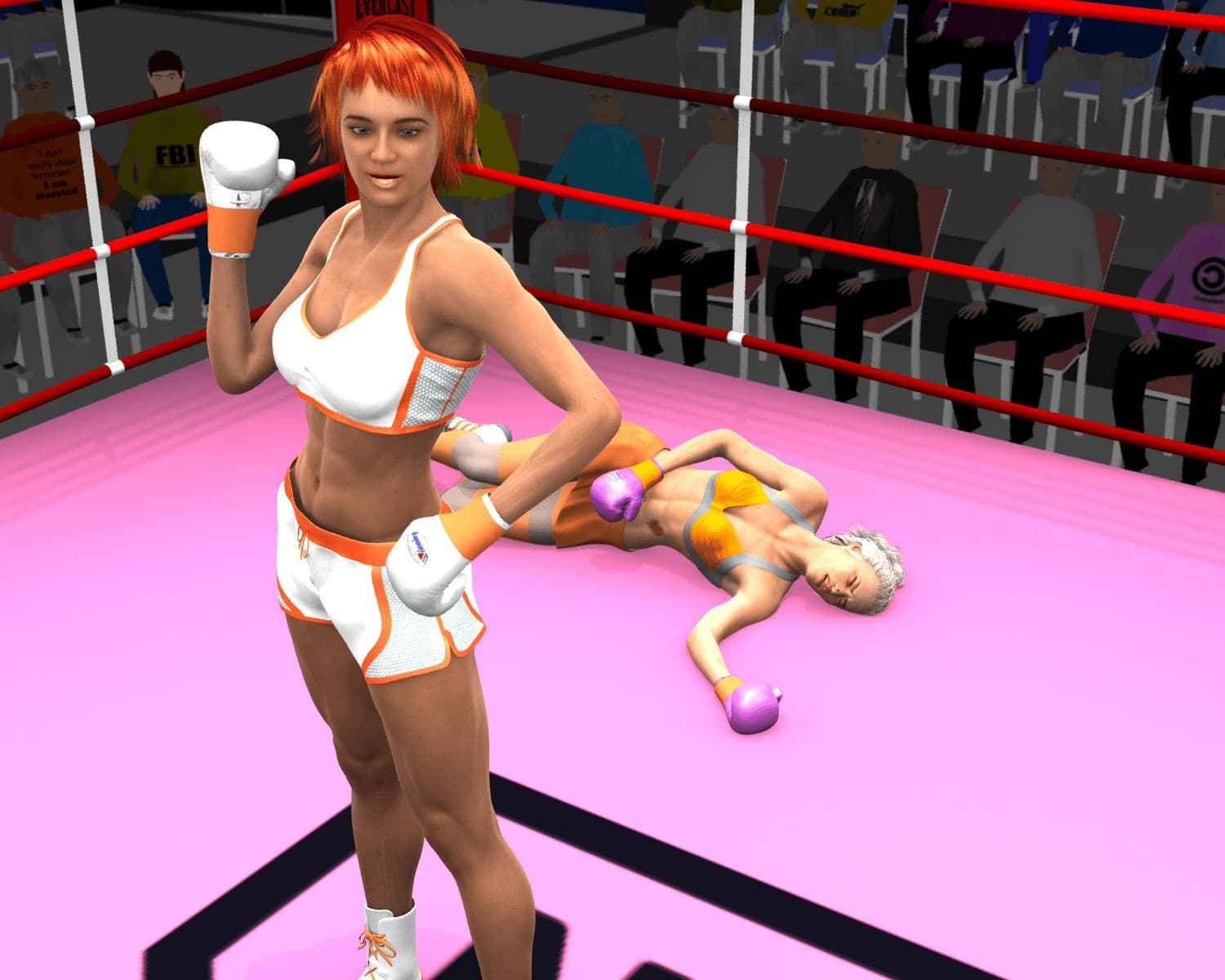 Virani: “Hang on! I’m pouring us both another glass of wine!”

Virani emerged from the kitchen and back into the living room of her spacious apartment holding two two full glasses of white wine. She handed one to Emma, before taking the spot on couch next to her.

Virani: “I missed the walkouts?”

Emma: “We can go back and watch if you want. Modern technology and all.”

Virani: “Nah. I don’t care that much. How does the Empress look?”

Emma: “Like she wants to chew up Amy and spit her out.”

Virani: “And what do we think about Amy? Can Ms. Rucker give Hee Jung a test?”

Emma: “Amy’s an all-rounder. Good at everything, though not the hardest puncher you’ll ever see. If Hee Jung is on her game though, she should win.”

Virani: “Hee Jung hasn’t fought in 6 years. Let’s see if she still remembers how to box.”

The first round proves that Hee Jung very much remembers the sweet science. The former two division world champion fights elusively, not letting Amy get settled in the ring and showing off the defence and boxing skills that made the Empress such a joy to watch in her prime. 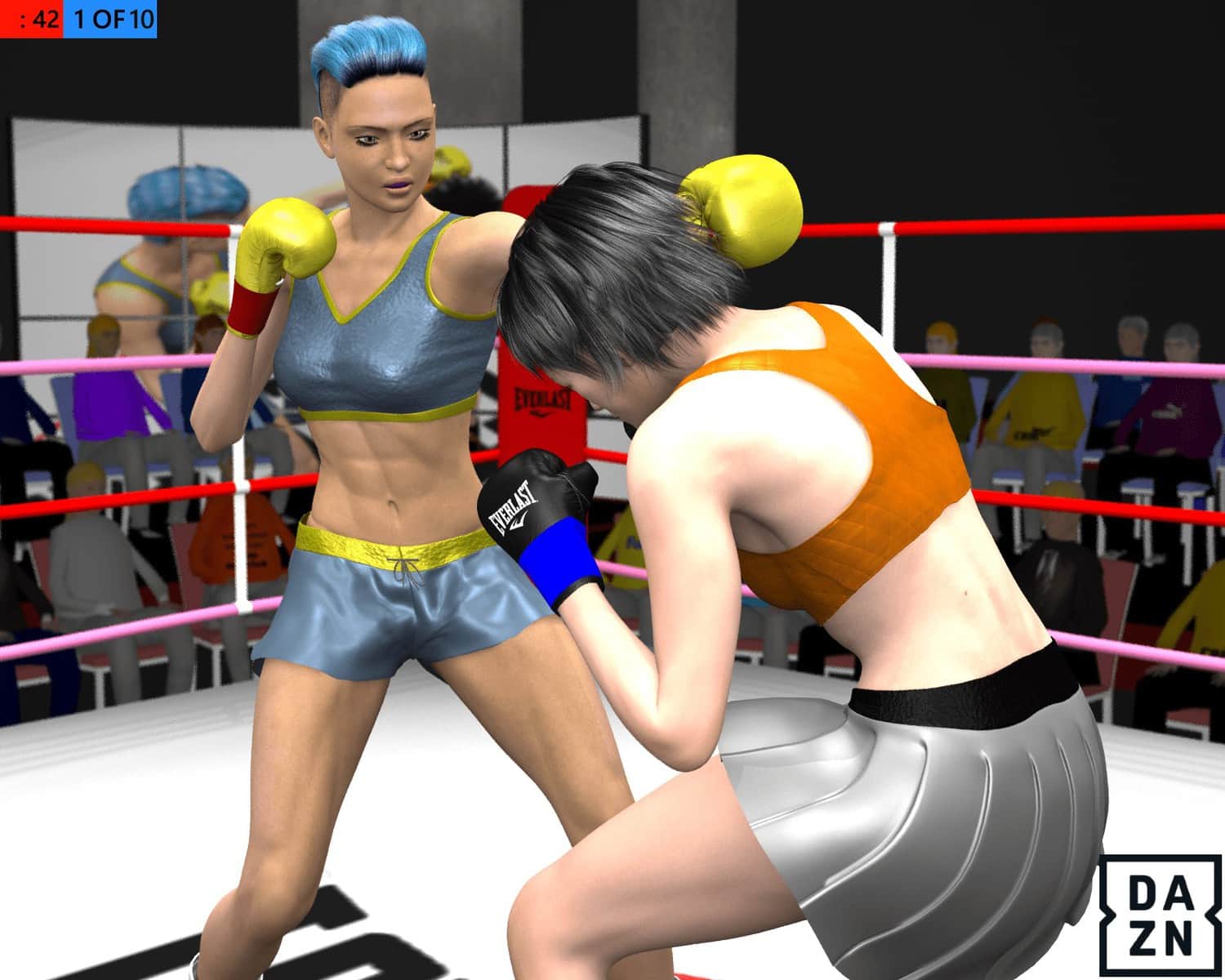 However Amy Rucker is not without her skill either and she is able to prevent the Korean boxer from landing much leather in a tightly contested (and frankly boring) first round. 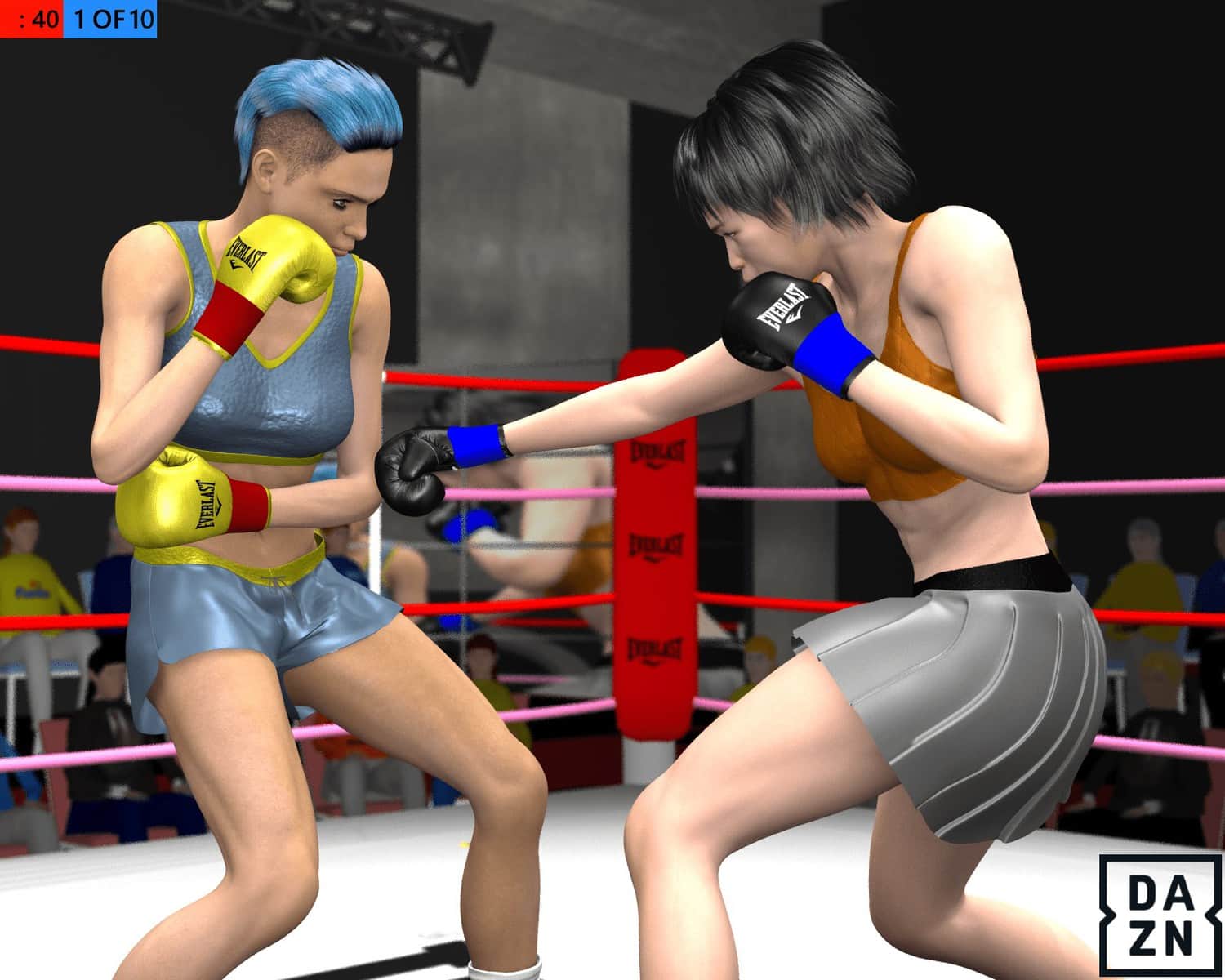 Virani: “Damn, I could have been in that ring.”

Emma: “Don’t judge a fighter coming back from a years long layoff on one round. I think her skill is still there.”

Virani: “Or she may just be a shell of her former self and be ripe for the picking…”

The second round is classic Hee Jung Park. She outboxes Amy with ease, but she doesn’t do it just with jabs (though those score often), she makes sure that she is landing power shots too. It’s crisp, clean boxing at it’s best, and Amy bears the full brunt of the black leather from the South Korean. Amy’s attempted replies are a often a day late and a dollar short. She’s having a lot of trouble matching the speed of the older woman. 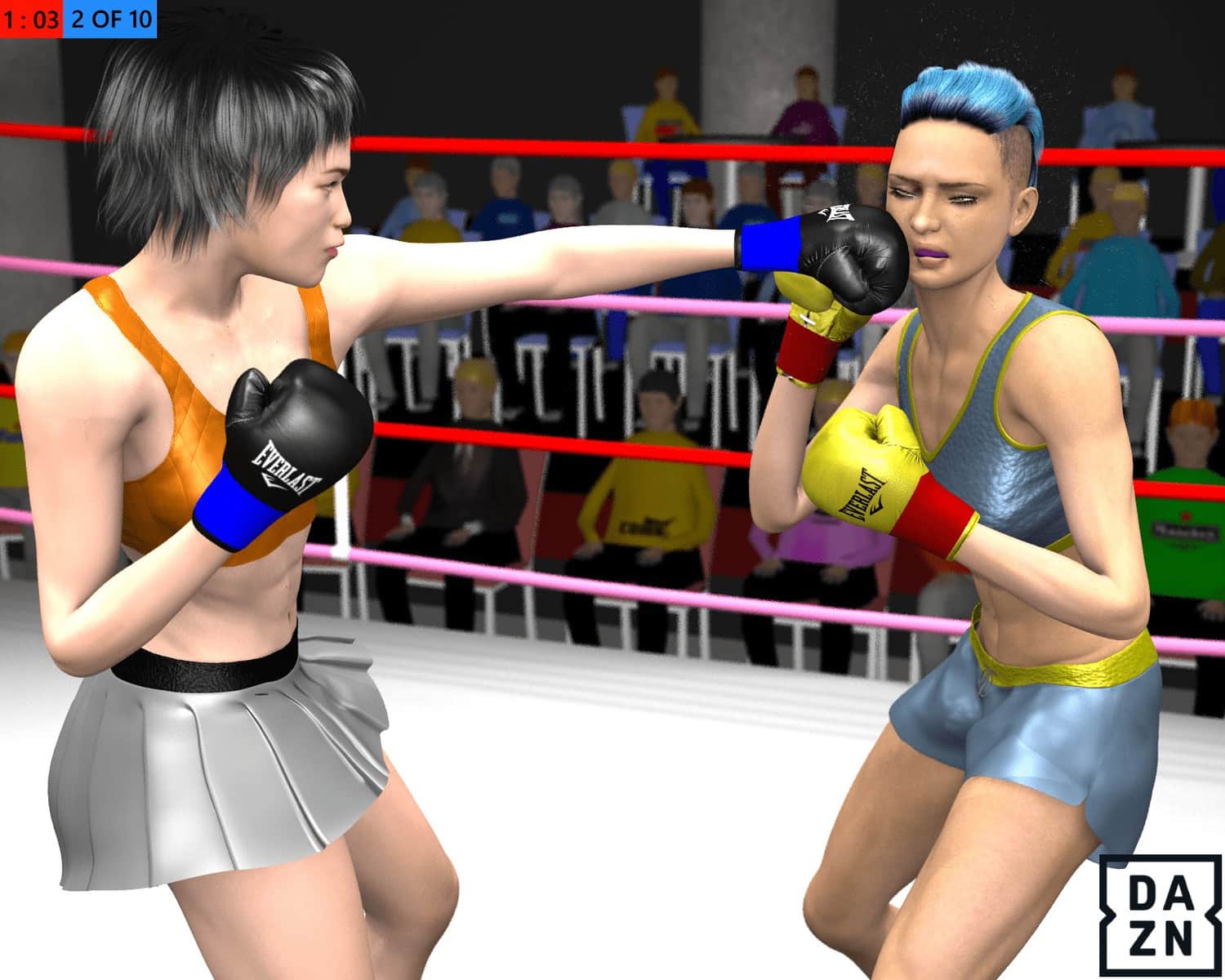 Virani: “The Empress still has that handspeed. Not as fast as she once was, but more decisive.”

Emma: “This reminds me of some of the boxing clinics she would put on against people. She would just land and land and just batter her opponents into submission. It was clinical to watch. I don’t think Amy has the ability to match Hee Jung.”

Virani thinks: Maybe I’m happy I didn’t get this fight. Still I’m a much different fighter than Amy. I wouldn’t make it easy for her.

In the 3rd round, The South Korean legend picks up the pace, mostly discarding working with her jab in order to land the more hurtful punches, which she does, often in combination. Amy tries to stand her ground and fight. It’s brave. But it’s fruitless. She lands one or two good punches, only to eat full combinations from The Empress.

A right hook with 24 seconds remaining in the round is the exclamation point and has the American fighter reeling. 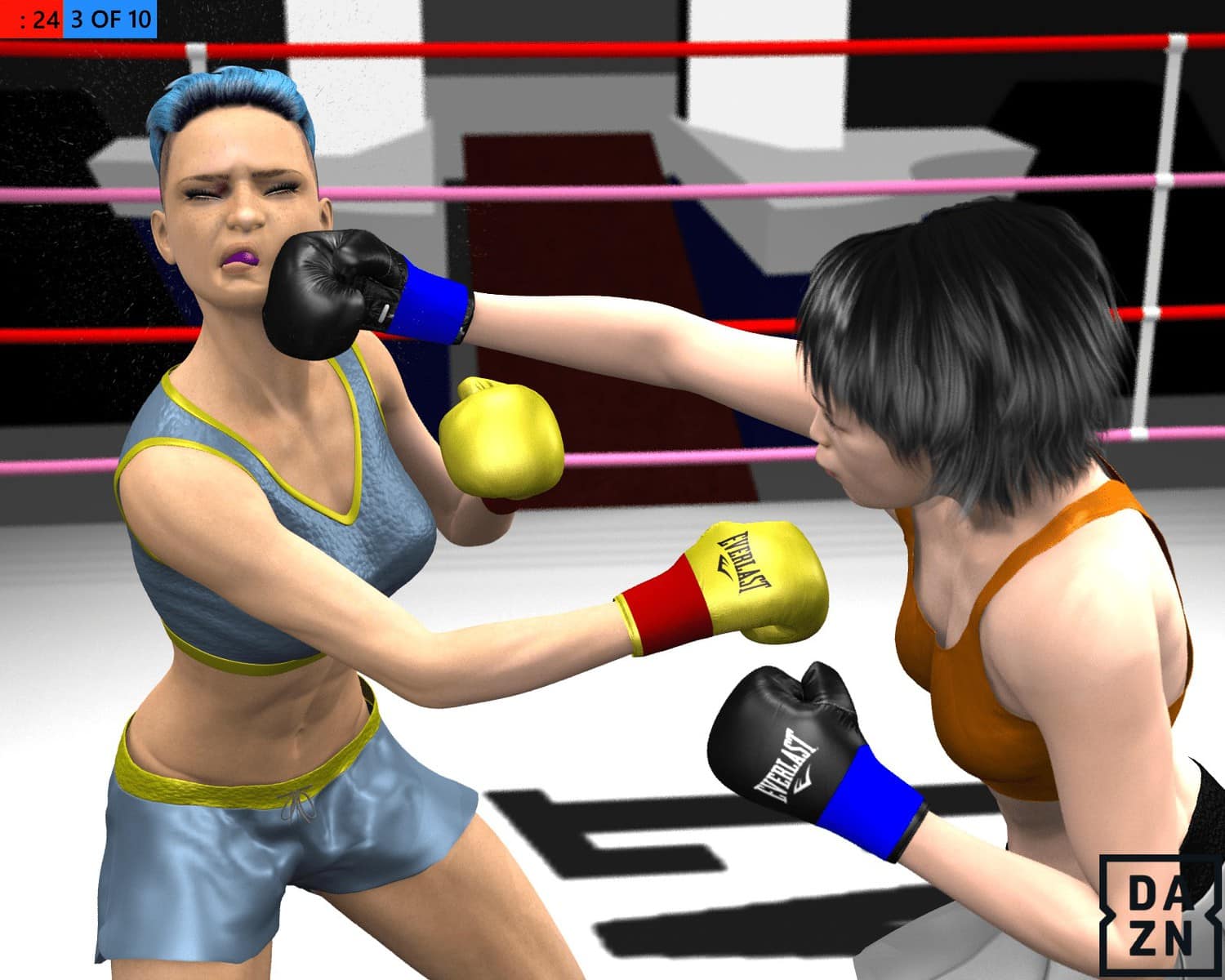 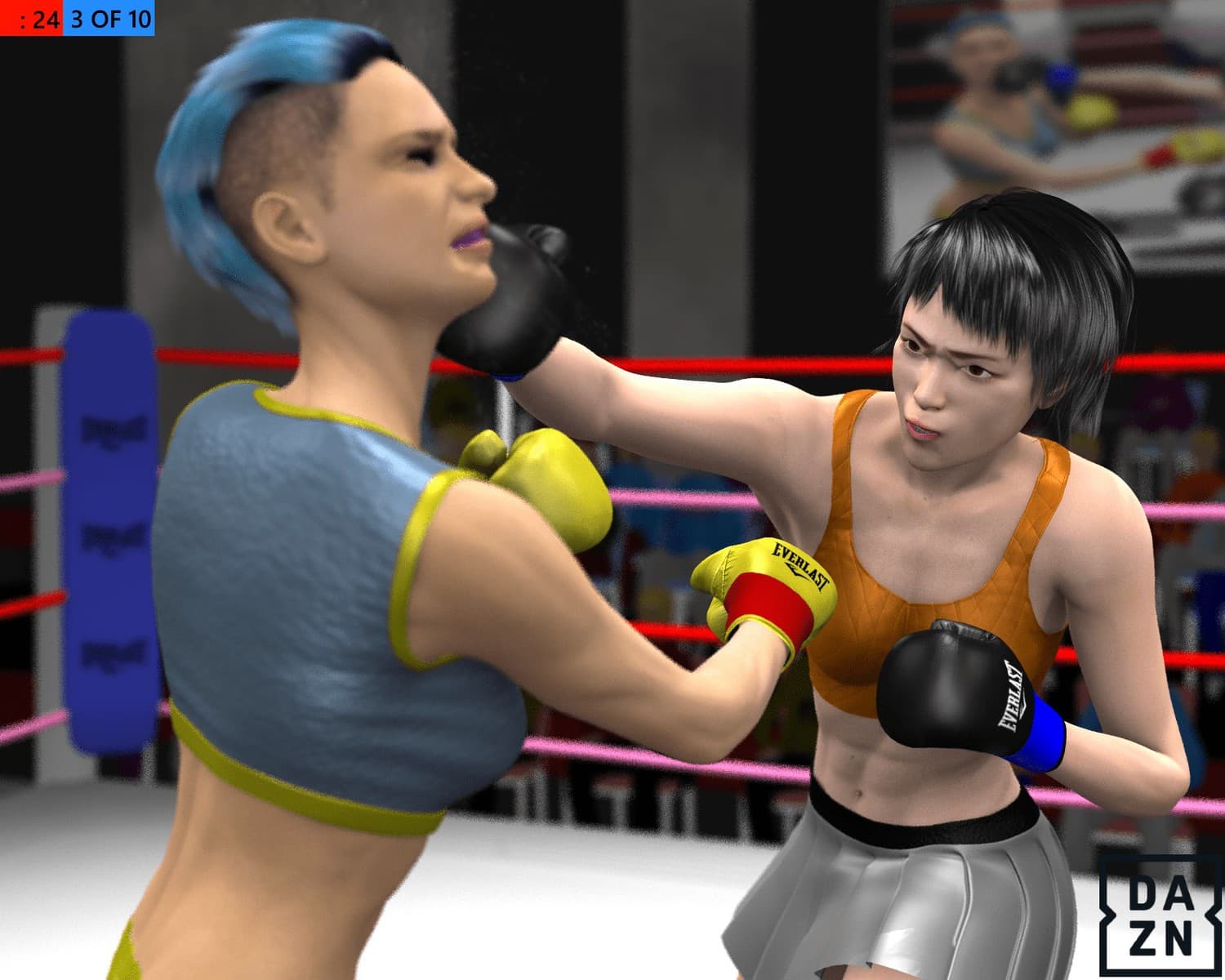 Virani: “Oof, that was an ugly round for Amy.”

Emma: “That was different from The Empress. She’s usually not that aggressive.”

Virani: “She doesn’t want to just win. She wants a statement win.”

Emma: “She’s going to get it too. Amy’s pretty tough, but she’s out of her league.

Virani: “Her eye is marked up now. It’s going to swell something fierce shortly.”

The early part of the round Amy tries to get back into the fight by starting aggressive. It backfires, as Hee Jung clinically lands effective counters. When Amy’s attack falters, Hee Jung pours on the pressure, landing her black gloves and getting Amy backed up into the corner. 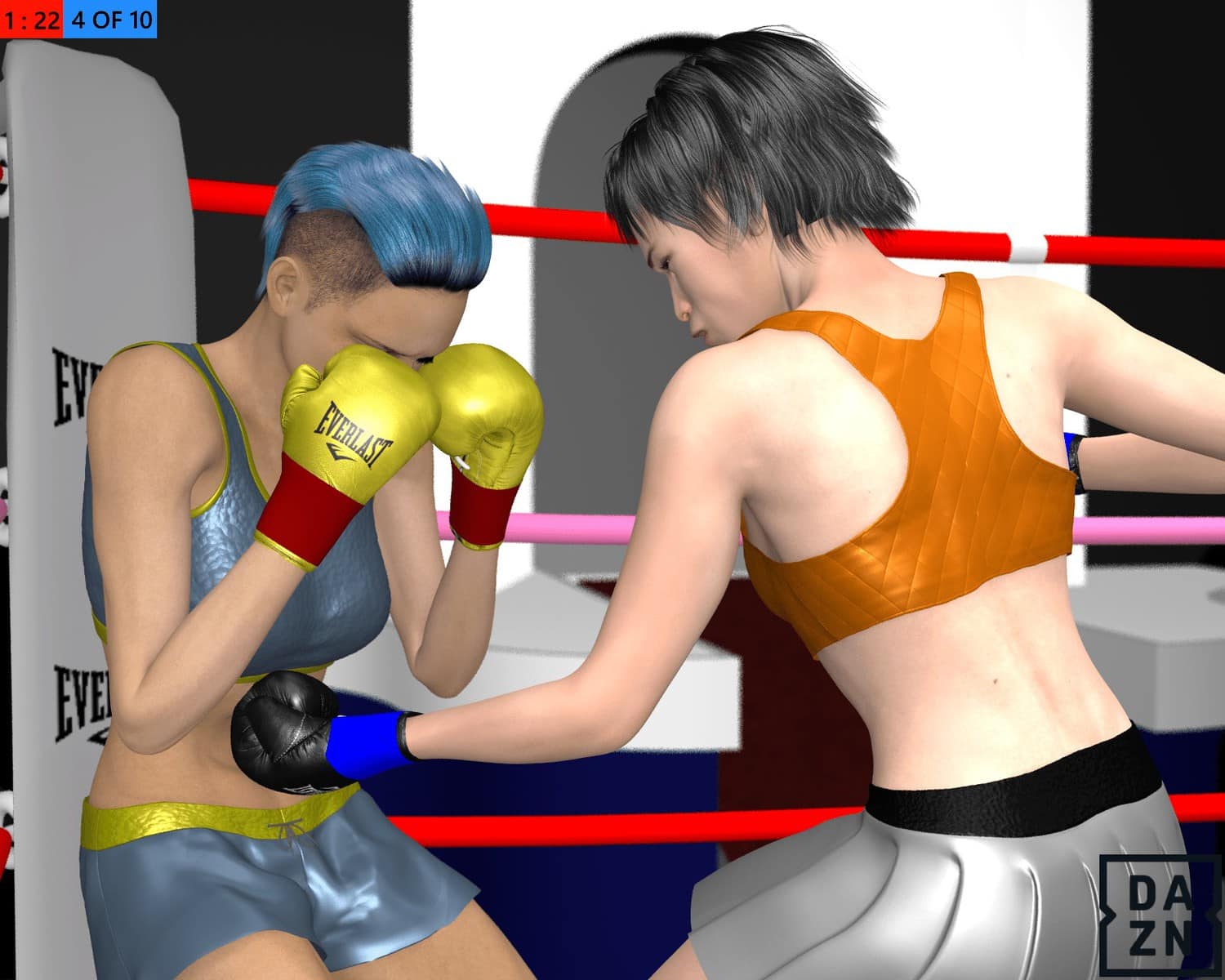 Emma: “The Empress is back. And maybe better? She seems more powerful at Featherweight.” 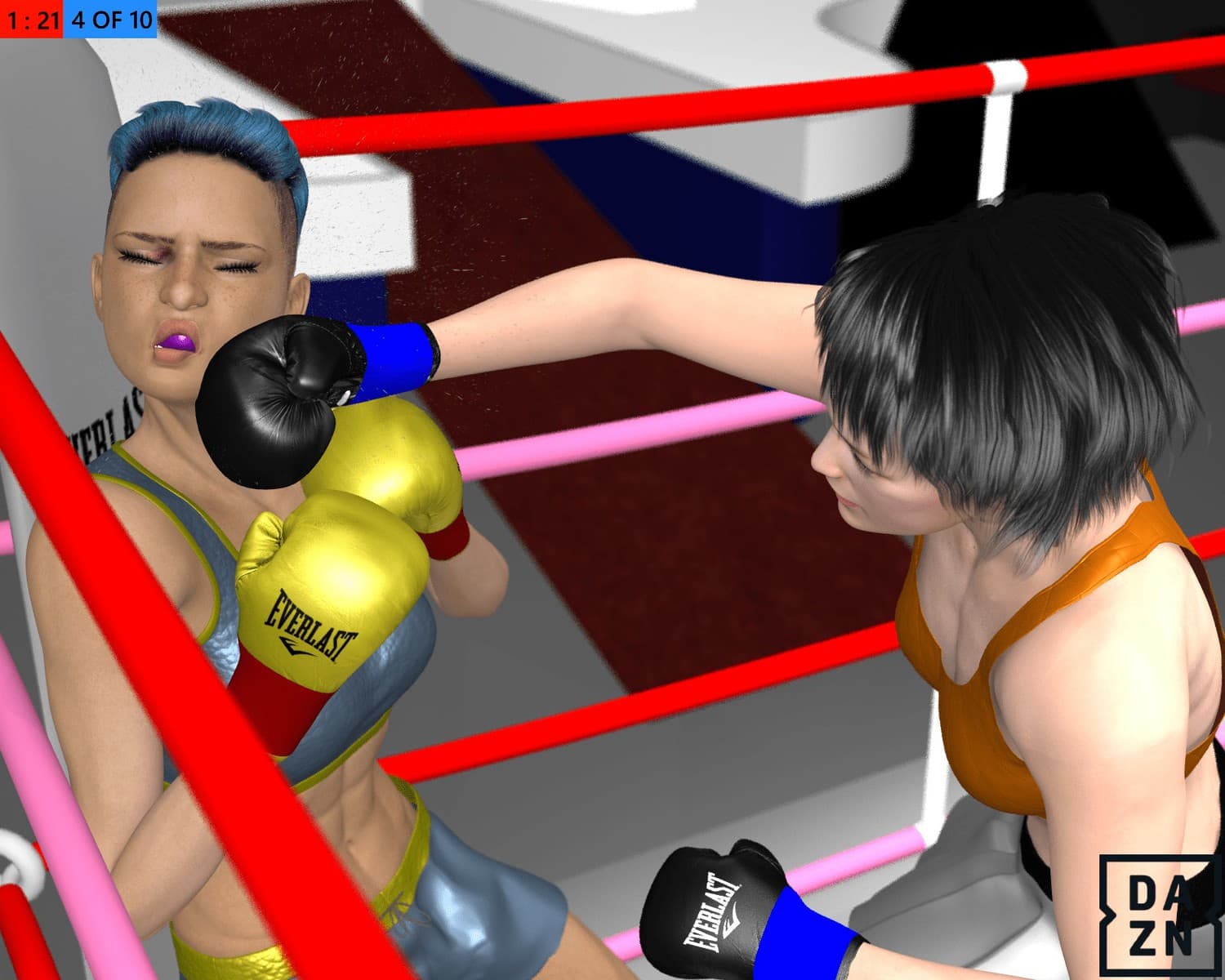 Amy slumps to the canvas as Hee Jung walks away, looking almost contemptuous after dispatching her opponent.

Amy’s not out, but she’s clearly done. The referee stops the fight immediately, having seen more than enough to put a stop to this one.

Virani: “Yikes. That was a statement and a half.”

Virani: “She’ll fight for the title next. I’m sure of it.”

Emma: “Would you bet against her winning?” 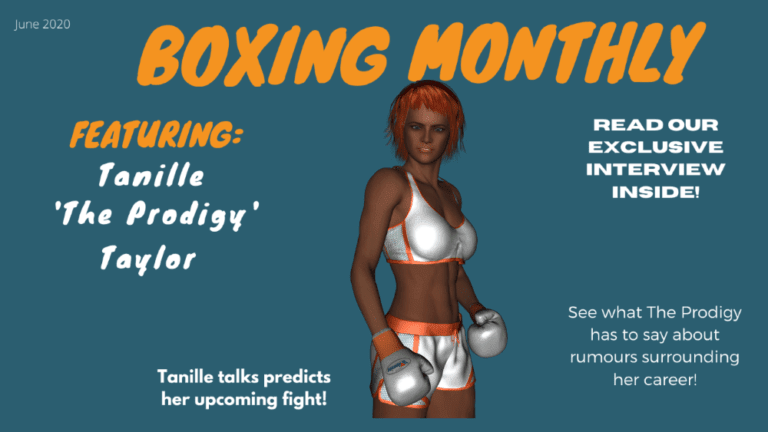 Schemes of the Empress 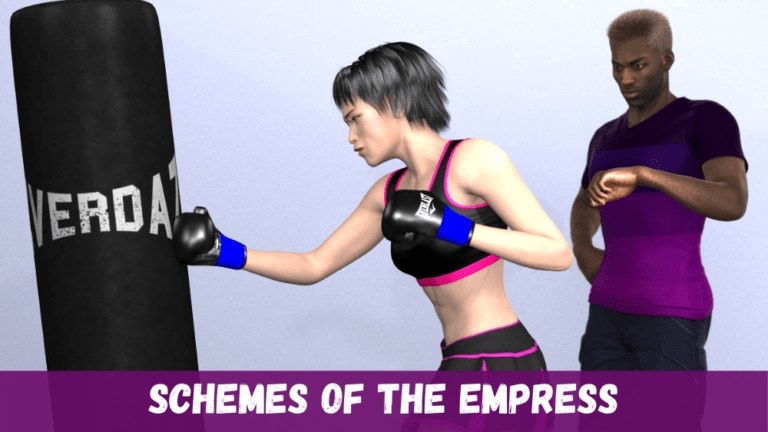