The opening part of the 2nd round plays out mostly like the first with the Canadian Cobra able to keep the German at the right distance.

But Michaela proves to be a little harder to hit than in the first round and as Michaela steps in to close the distance, Virani looks to punish her with a right hook, but Michaela’s movement keeps her out of the line of fire, while allowing her to land a solid jab to Virani’s midsection.

Laila Ali: “Queen Kong may conjure the image of an unruly beast, but the German is showing some neat boxing here in the second round as she combines defence and offence in the same movement.” 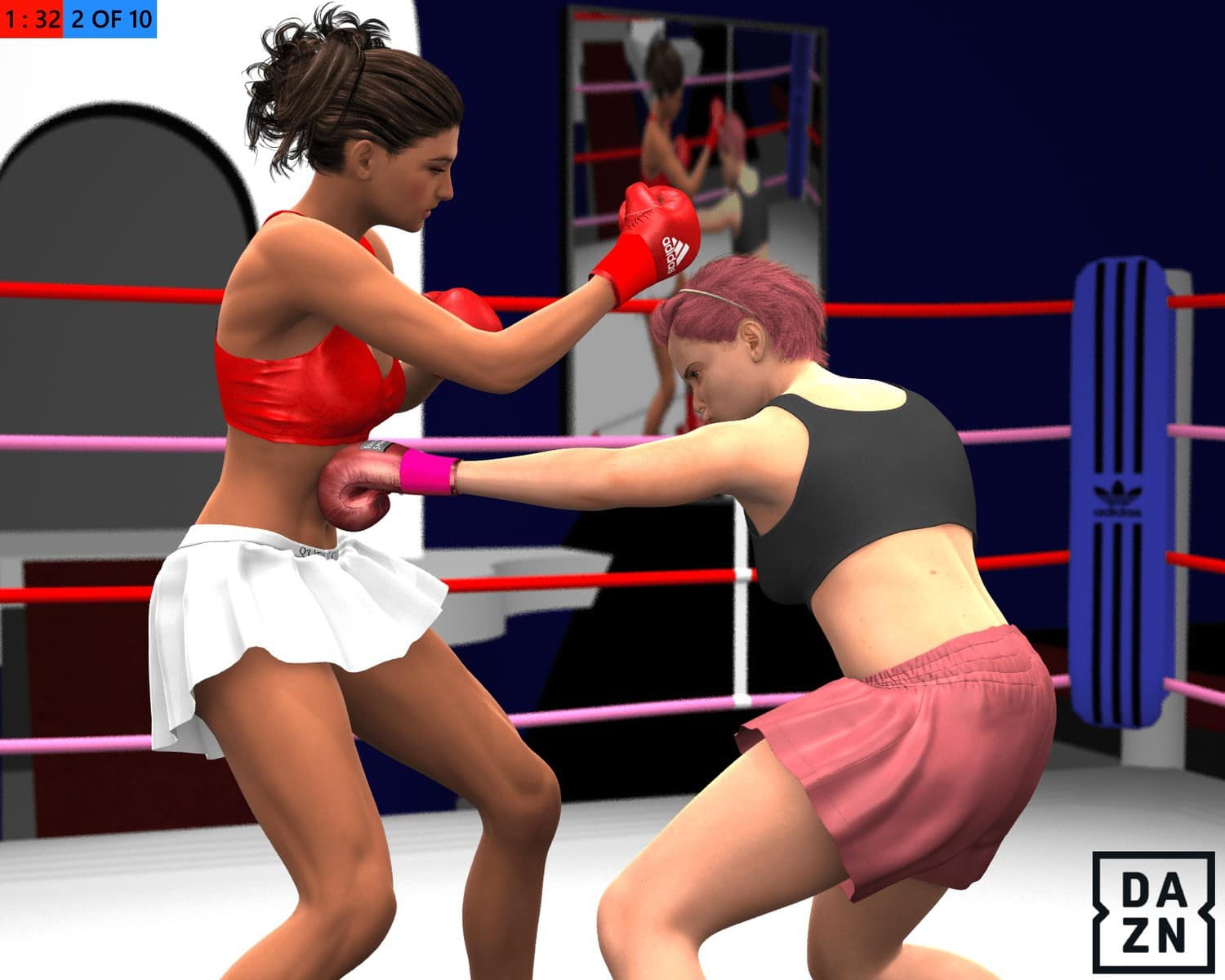 Virani tries hard to re-establish the jab as a primary tool to keep Michaela at bay, but the German keeps a high, tight guard that prevents Virani’s jab from finding its target.

Michaela thinks: Not so easy now is it fraulein.

Alesia thinks: “Such a good boxer. If I were shorter, I’d have to do exactly that.” 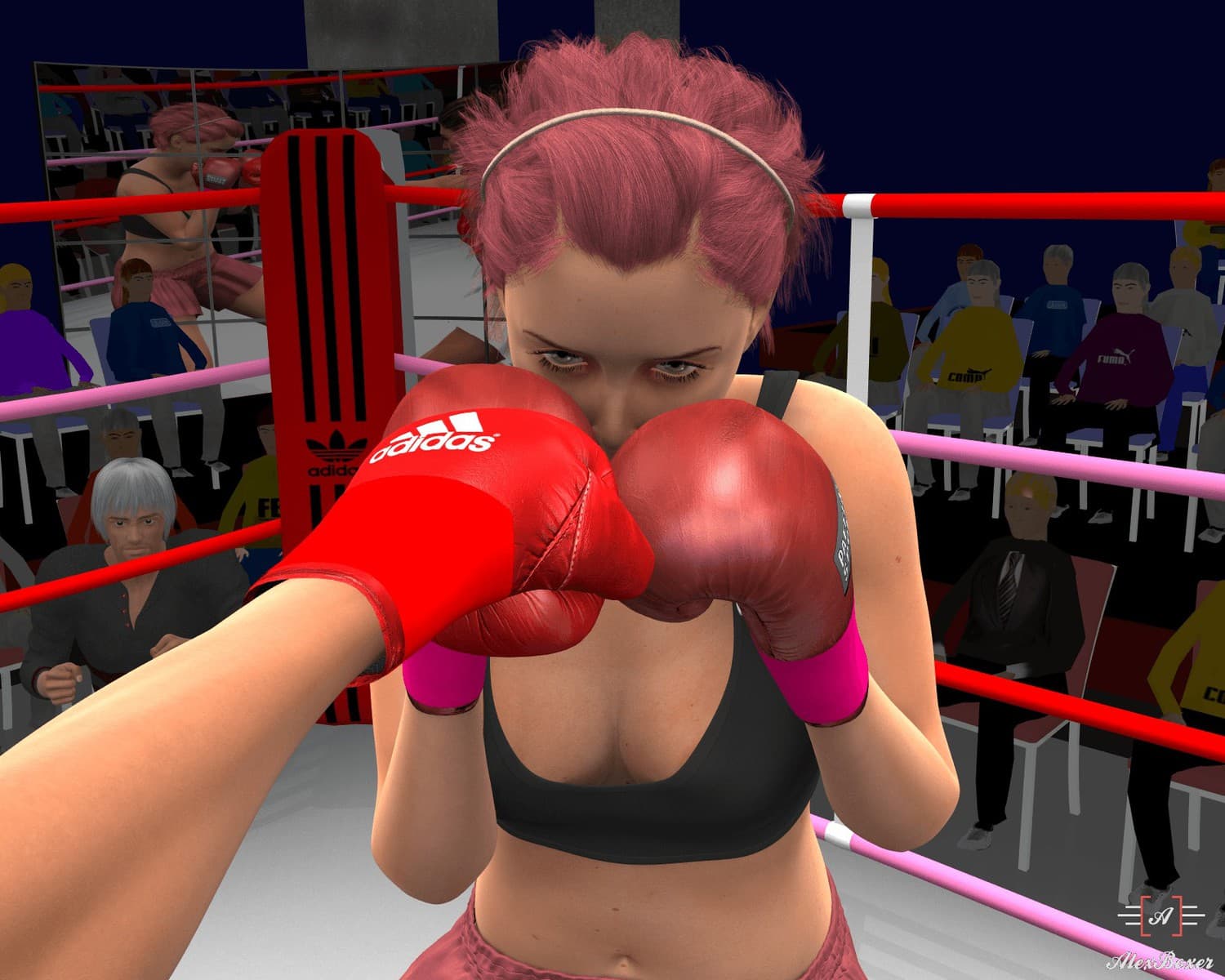 Michaela’s tactics force Virani to be a bit more clever in her approach. The Canadian often stays just out of reach for punches to land, making Michaela close a little bit extra distance to find her own range. When the lady in pink decides to attack the body, Virani is able to catch Michaela with a right hook that hits the lady from Bremen in the eye.

Laila: “The Canadian champion is fighting with poise and tactical nous in this early part of the fight. Though she is not landing the big punches she is known for, she is finding a home for her hands.”

Virani thinks: That one might not have had the most power, but it had excellent placement. That counts for a lot in boxing.

Michaela thinks: Okay, I got to step up here. 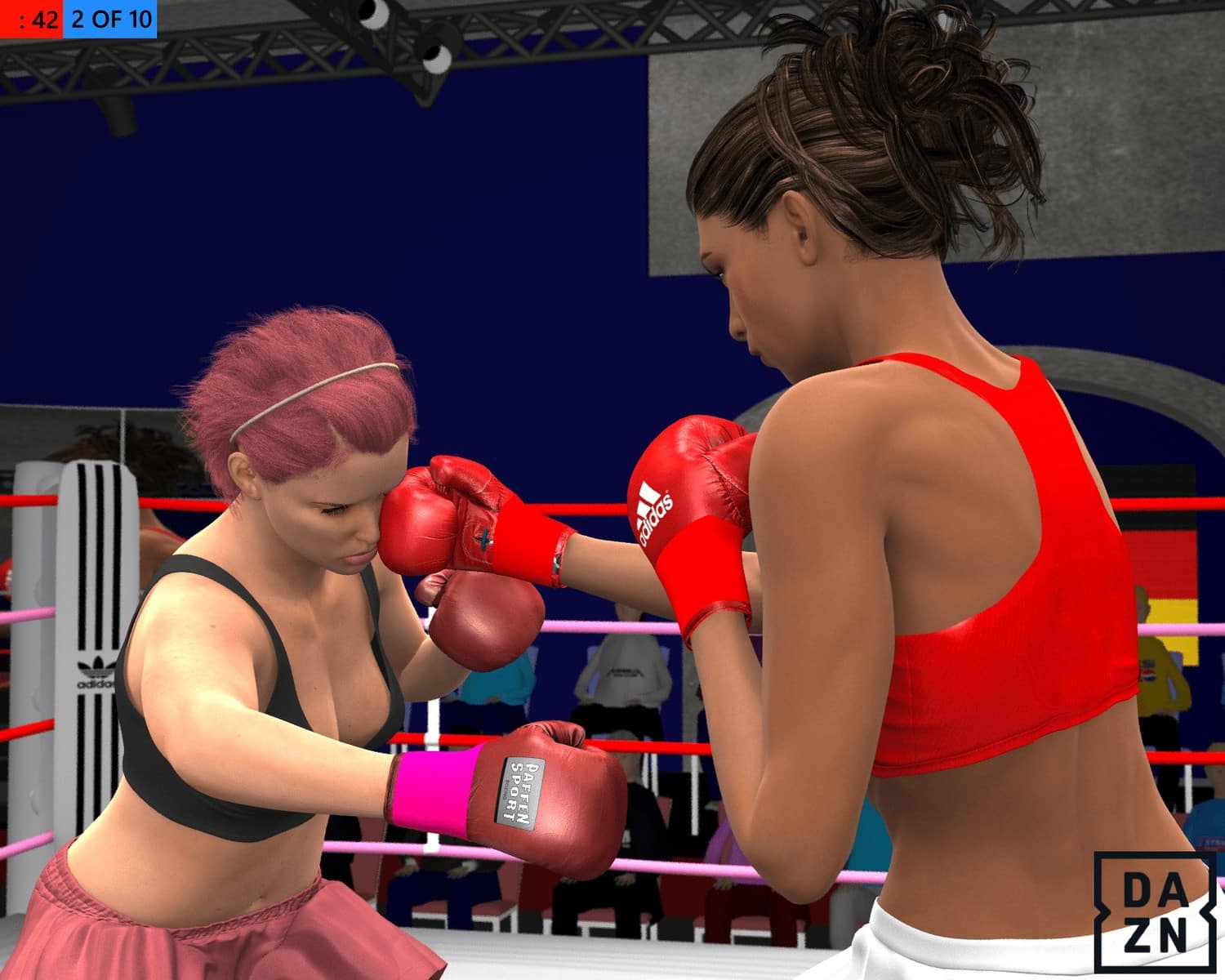 Laila: “Michaela Sommer lands the biggest punch of the fight, landing a big right hook to the jaw of the Canadian. Queen Kong slipped into the pocket and punctuated the opening with a meaty right hand for the first big power punch of the fight.”

Michaela thinks: It’s all fun and games until I get my power punches rolling. Then it’s only fun for me.

Alesia thinks: “What a fucking right hook. Great timing when Virani was throwing that low right.” 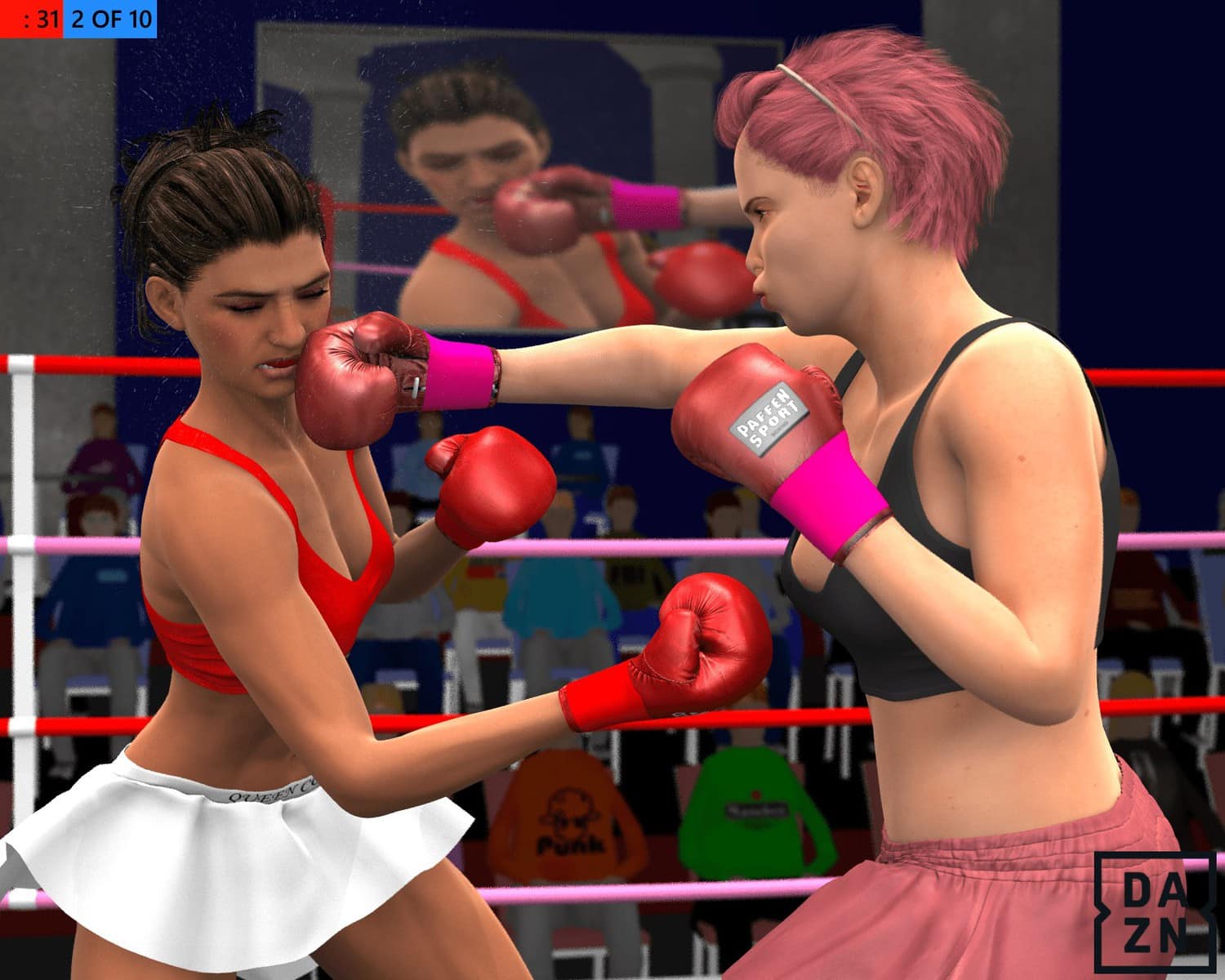 Virani retreats after taking the first true ‘bomb’ from Michaela and fights off of her back foot, a little bit stunned from the right hand she took from the German. ‘Queen Kong’ requires very little incentive to up the pressure and she does effectively, getting Virani moving backwards. She shuffles inside and draws Virani’s attack, a right hand that is off target, before slamming home a left hook that thunders home.

Laila: “Another damaging hook from the German fighter has Virani on the run! She may not be hurt, but she certainly has had a taste of Sommer’s power and the sommelier has recommended to not pair it with more leather.”

Alesia thinks: “Oi. Getting your face licked by that left hook is even less comfortable than being licked by a puppy.” 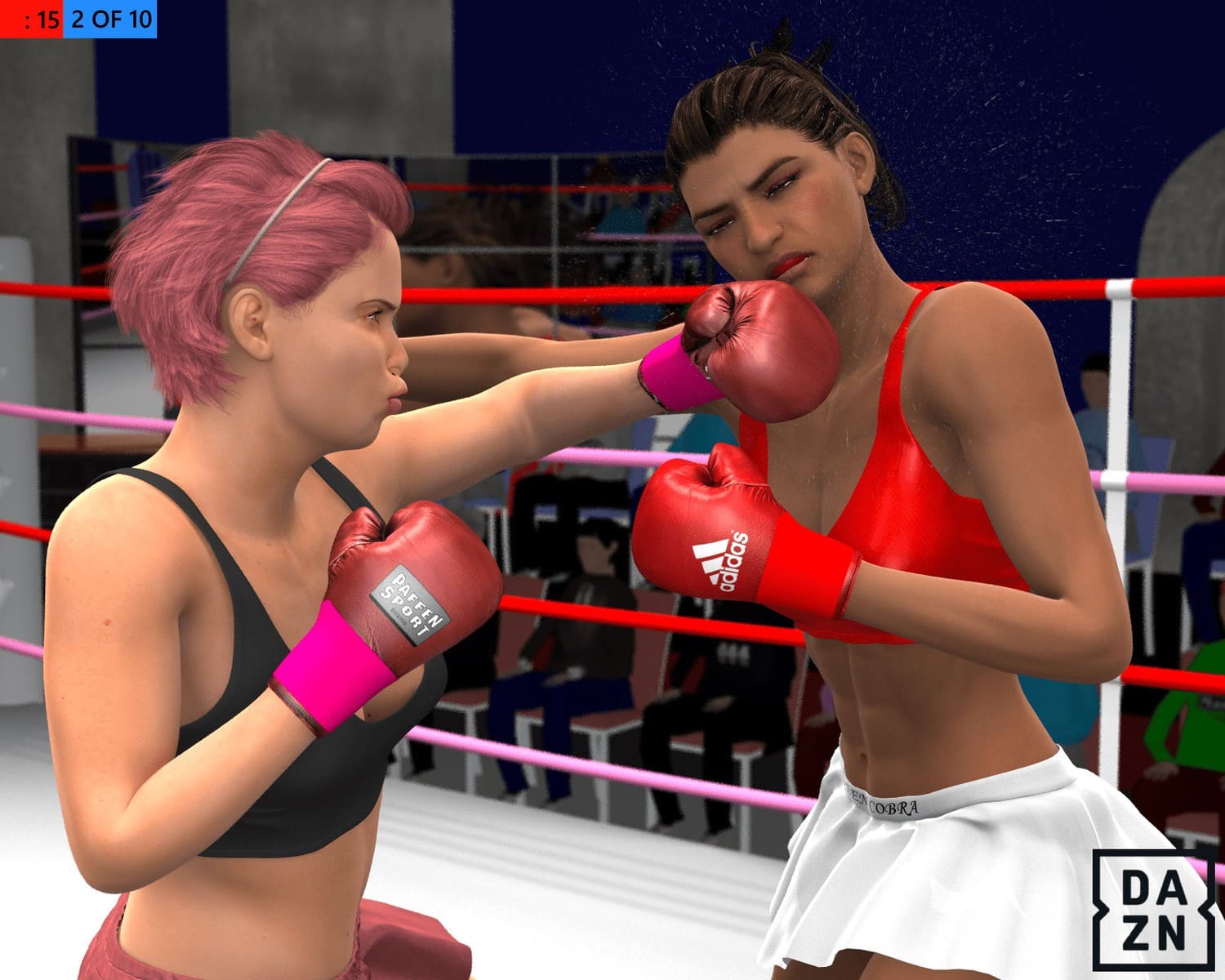 Virani avoids the worst of the attacking Michaela’s barrage, but by the last few seconds of the round she is trapped in the corner with no easy escape. She raises her guard to protect against more punishment to the head, but Michaela is not greedy, she takes the opportunities that are available, connecting with a firm right hand to Virani’s midsection.

Laila: “MacVicar has been reeling in this last 30 seconds of the round and she has paid the price in eating precise, powerful punches from Queen Kong. That will end the round but Michaela Sommer has shown that she can impose her will on Virani if she can land her best punches.”

Alesia thinks: “You shouldn’t stand still in a corner, V. Michaela loves to run people over in that area.” 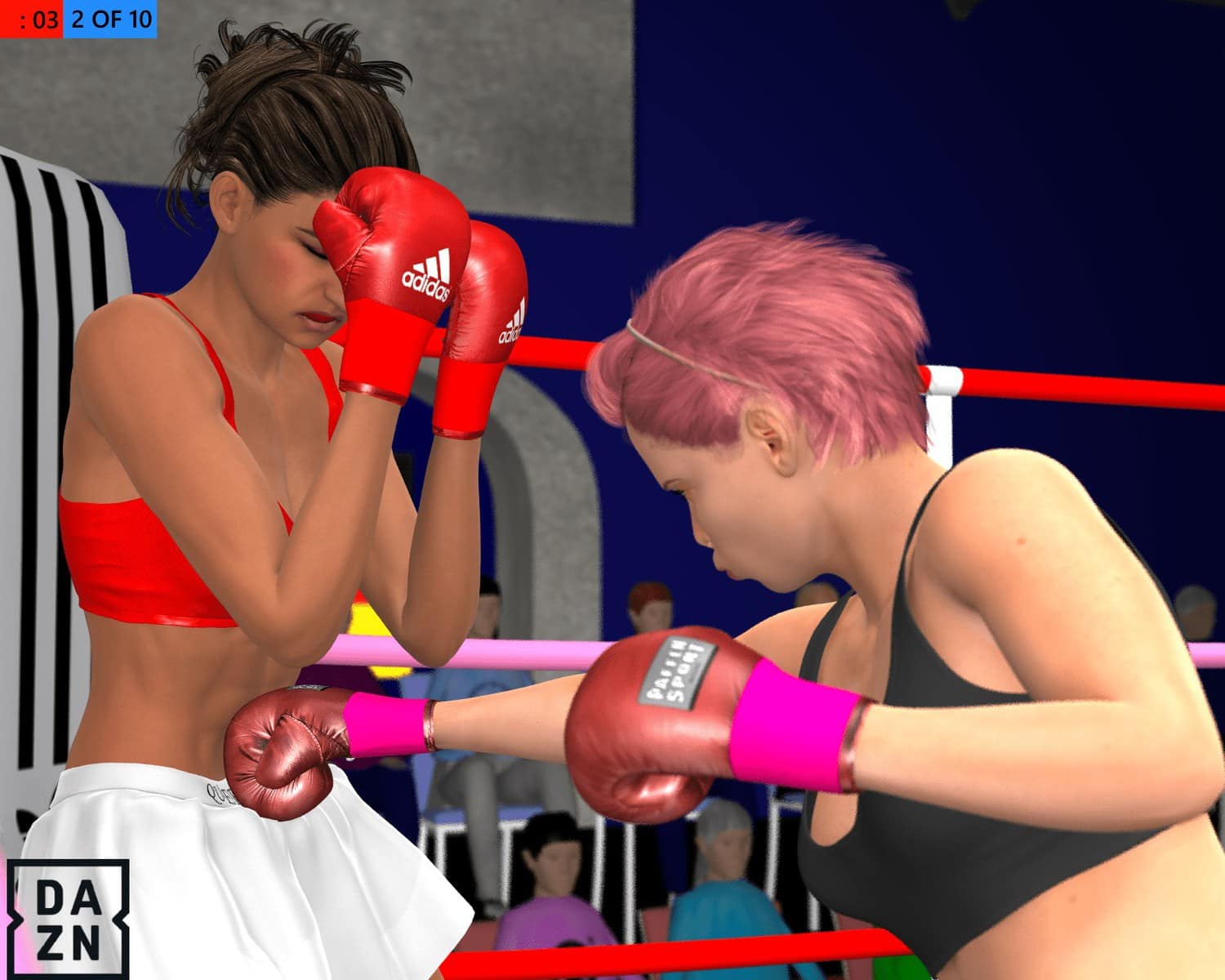 The fighters head back to their corners for a break and advice.

In Virani’s corner, neither fighter, nor coach is too happy with their performance.

Thomas: “Well we came here for a fight and she’s giving one to us. You have to do a better job at keeping her at a distance. Don’t fight as tall though. You are making it easy for her just to keep a high guard and protect her head. You gotta be able to at least threaten the body.”

Virani: “I gotta keep my feet moving too.” 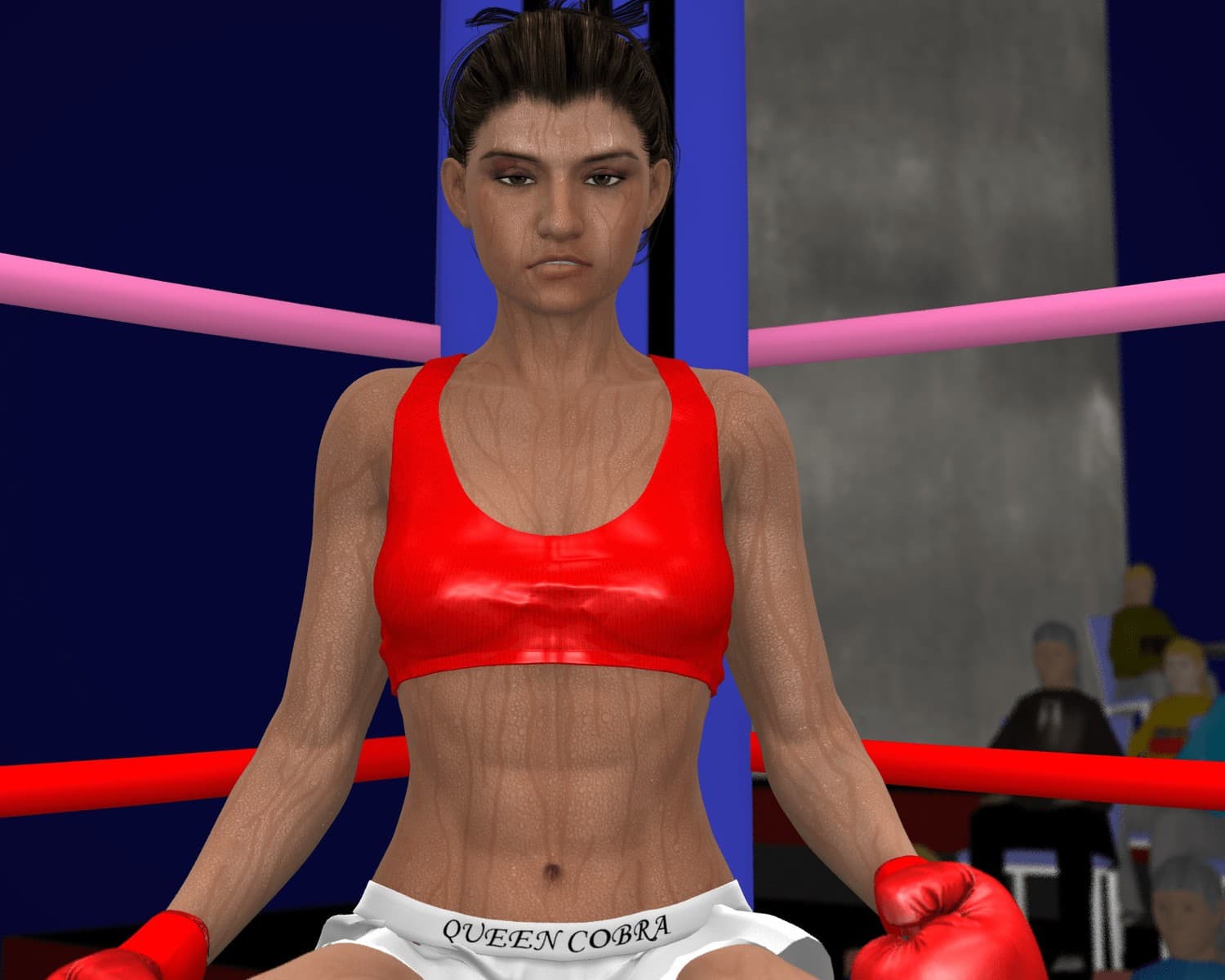 In the red corner, the pink haired girl is very content. She rests her head on her gloves for a moment before Axel knocks her hands away.

Axel: “This is for resting not for posing.”

Axel: “This was a much better round. She doesn’t want to stand and trade with you, so you have to set the pace.”

Axel: “Get inside and do damage. If you have to take a punch, make sure that you get one in that is just as good.” 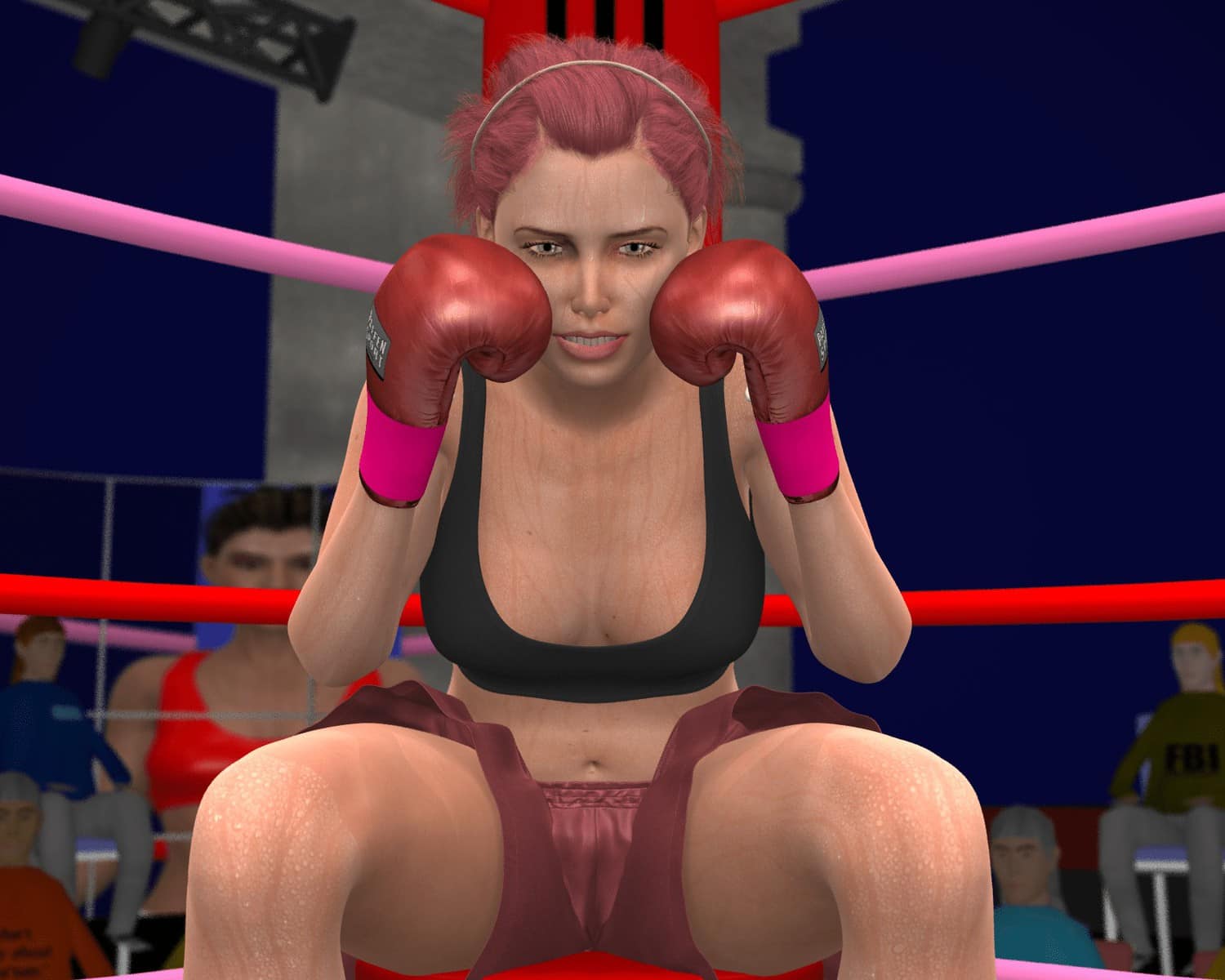 Laila Ali: “After two rounds we have a draw! Virani took the first round, but Michaela Sommer undoubtedly took the 2nd. Good thing we have 8 more rounds to separate these two warriors!”

A Promise of Violence 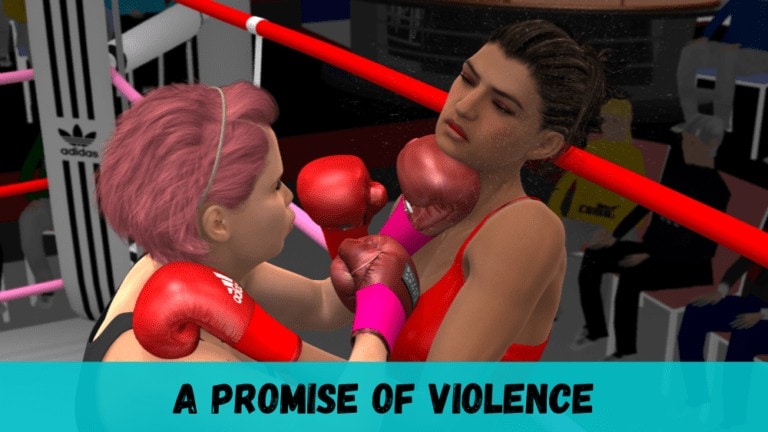 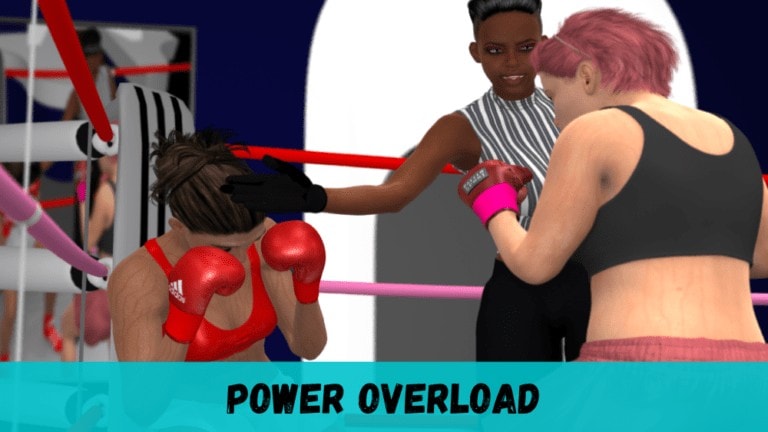