Laila: “We are halfway through this fight, and though it hasn’t quite lived up to the ‘knock’em down, drag ’em out’ brawl that some were expecting, the leather has been traded at a nice pace so far. Through five rounds it is undoubtedly Michaela Sommer who has the advantage as she has floored MacVicar, but she also looks a mite tired in her corner her between rounds…

Indeed, in the German’s corner, Michaela is slumped slightly as she leans back and tries to get oxygen into her body.

Alesia thinks: Dayum. I think Axel was right. Michaela went for in hard in that last round, and she’s a bit gassed. She got too excited by the crowd thinking it was almost over. I wonder how much she has left?

Michaela: “I thought I had her…”

Axel: “She was stunned after the uppercut, but she got her senses back quickly. You got too aggressive, champ. Now you need to bring it down a notch.”

Axel: “Until you recover, either stay away from her, or if you need to, get in close and grapple with her. It’ll tire you out, but it will tire her more. You’re stronger.”

Axel: “But take your time. This fight is in your hands. We can afford to lose a round. We just must do it gracefully.”

Michaela thinks: Once I get my energy back, I’ll go right back to work at putting Virani away. I’ve seen that she can’t handle my power. 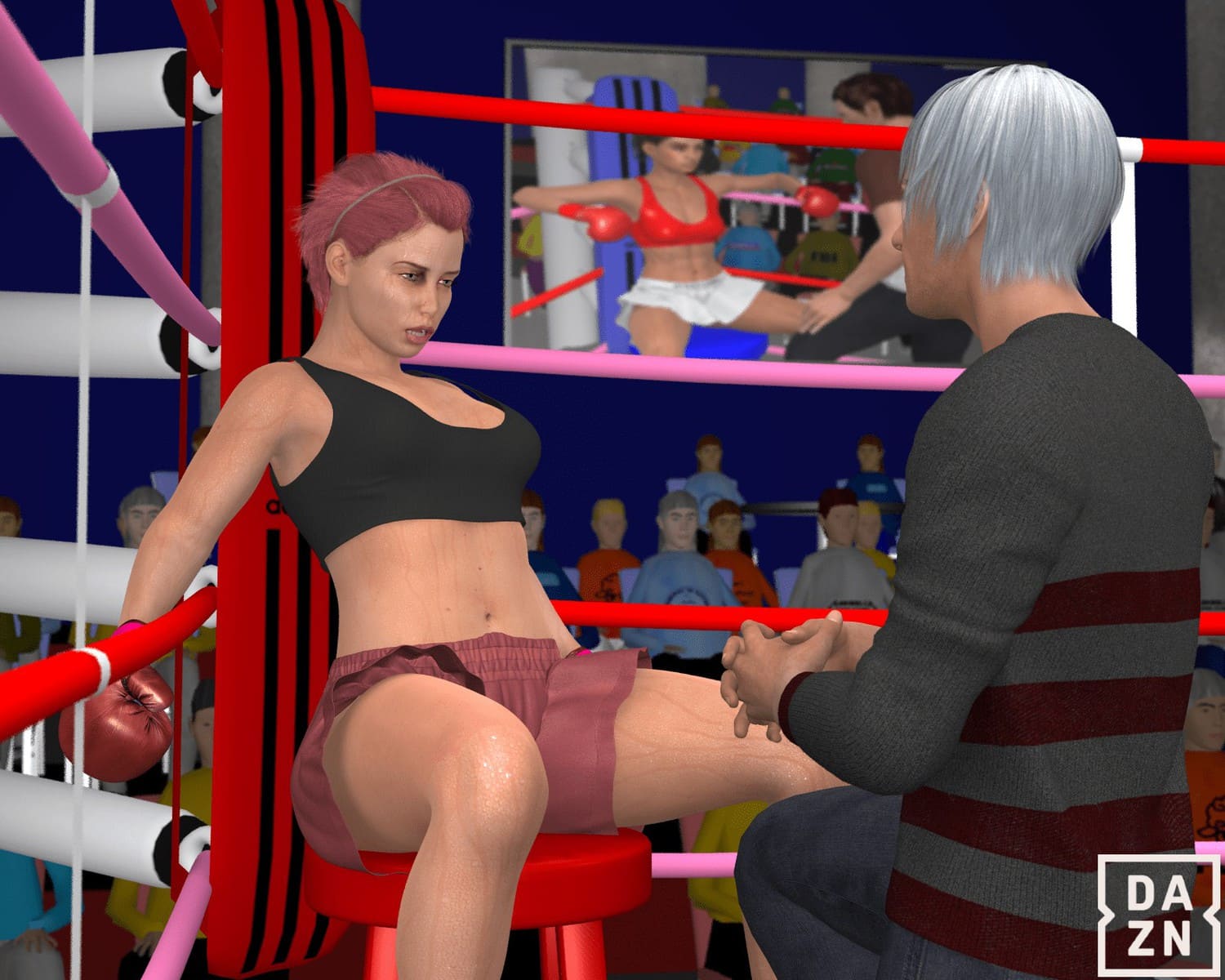 In the Canadian’s corner, Virani isn’t particularly happy with the way this fight has gone. While going the distance in this fight isn’t a sure thing yet, being down on the scorecards adds unwanted pressure to the visitor.

Virani: “Yup! She got me real good with that uppercut, but I was only seeing stars for a moment.”

Virani: “Agreed. I need to start hurting this chick.”

Thomas: “One in the same. But look, I think Michaela punched herself out late in the round. I think you should just go for it right off the start. I don’t think she has anything for you at the moment.”

Virani leans around Thomas to get a look at Michaela, who is slumped slumped in the corner.

Virani: “You want me to take a risk and go for it?”

Virani: “Well, I’d rather go down swinging. So I’ll be aggressive off the start, but if I see her recover, I’m going back to the main game plan.”

Thomas thinks: If Virani finally gets to Michaela, this could be the turning point. I don’t think Michaela has ever been hit by someone like Virani before. Maybe she’s going to wilt on the big stage here… 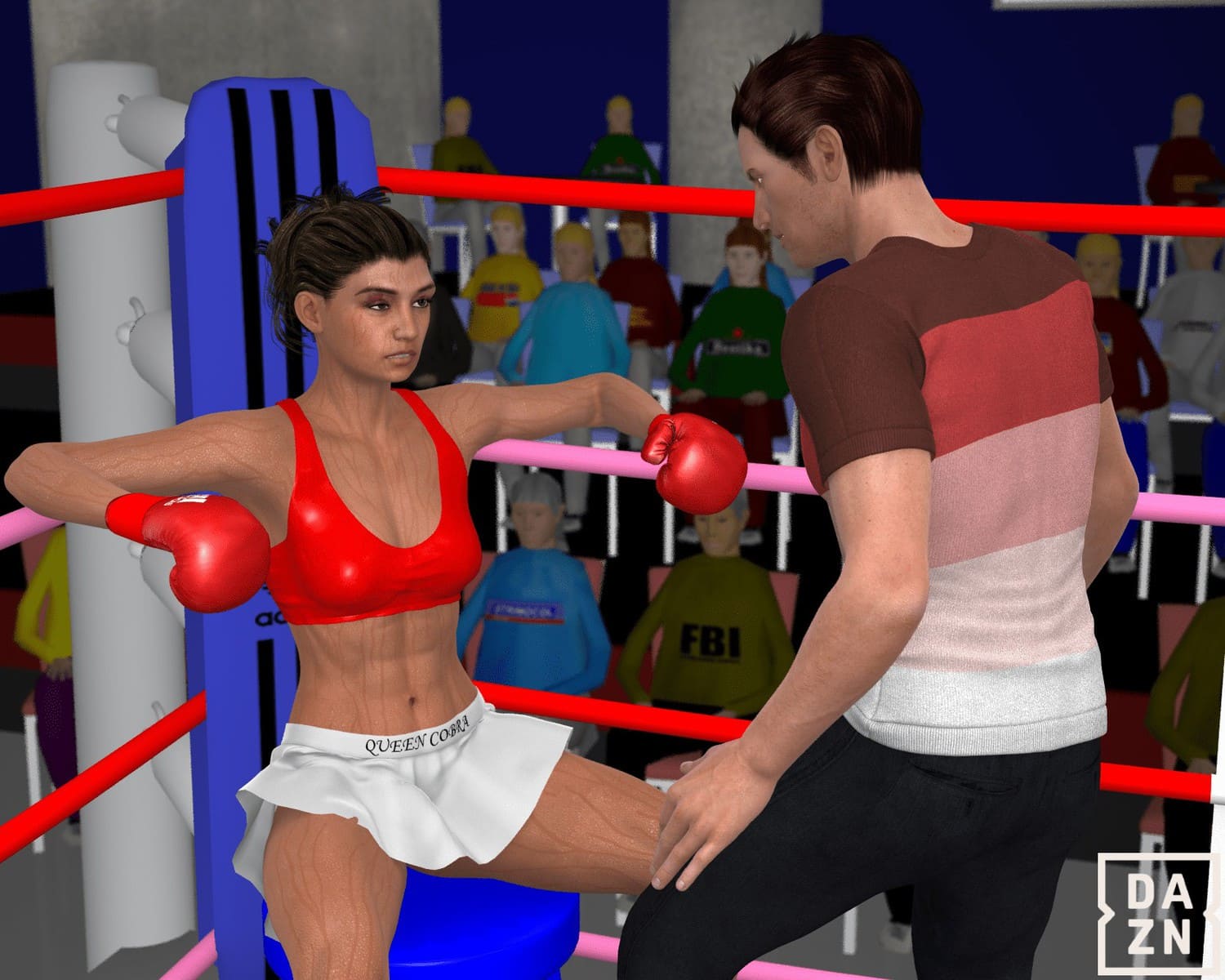 Virani wastes little time in the opening of the 6th round. If Michaela had indeed punched herself out in the previous round, that is not something that is going to last forever. The Canadian knows she needs to take advantage, and quickly.

Virani discards her usual weapons and goes for something right out of the ‘in case of emergency’ punches – a lead uppercut. It’s risky because even with the reach advantage, Virani is opening herself up to a counter, but Michaela doesn’t punch. Virani’s uppercut splits the German champion’s guard and lands violently on her chin, a devastating shot from the Canadian.

Virani thinks: That was flush and on the point of the chin. Maybe the best uppercut I ever landed. 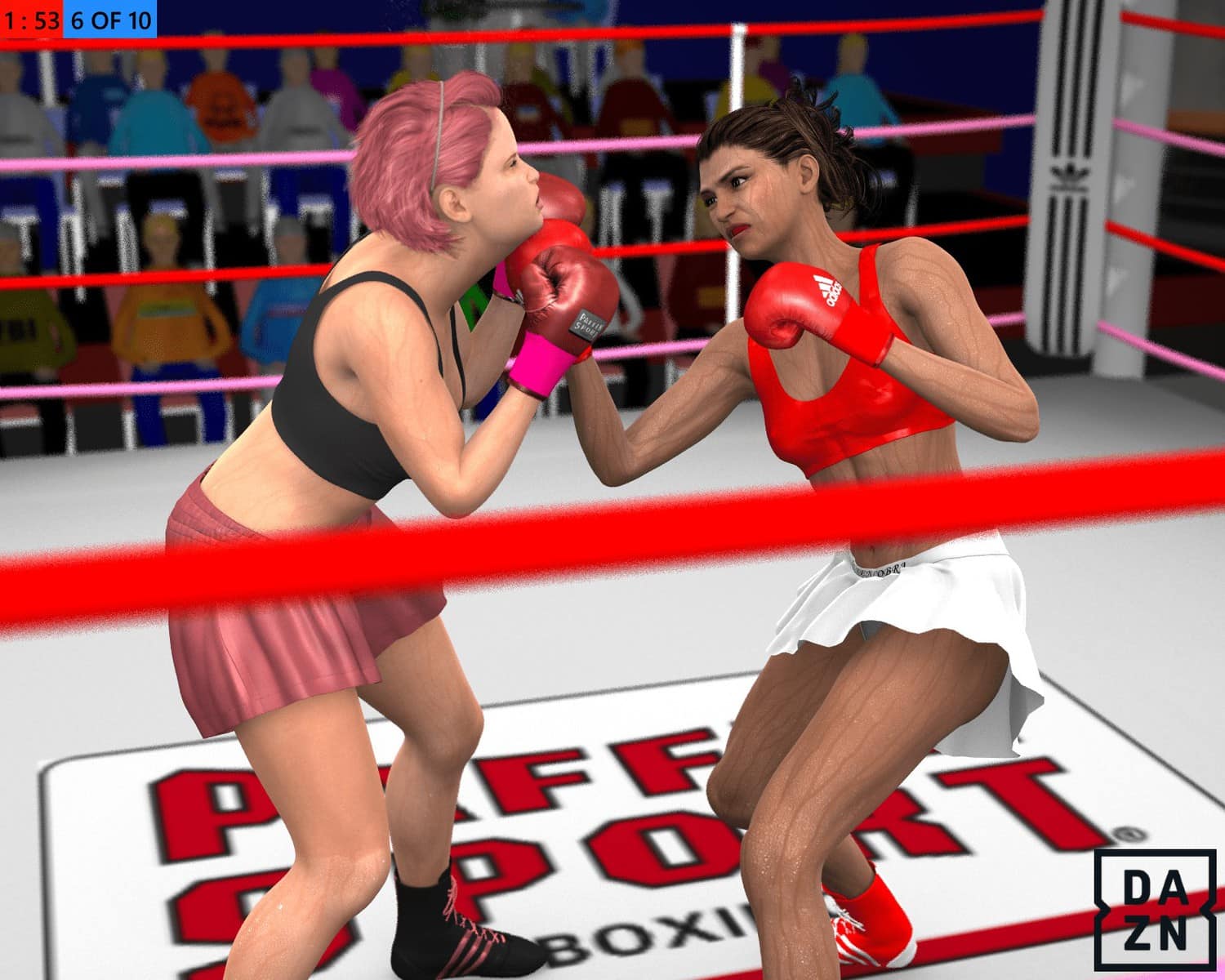 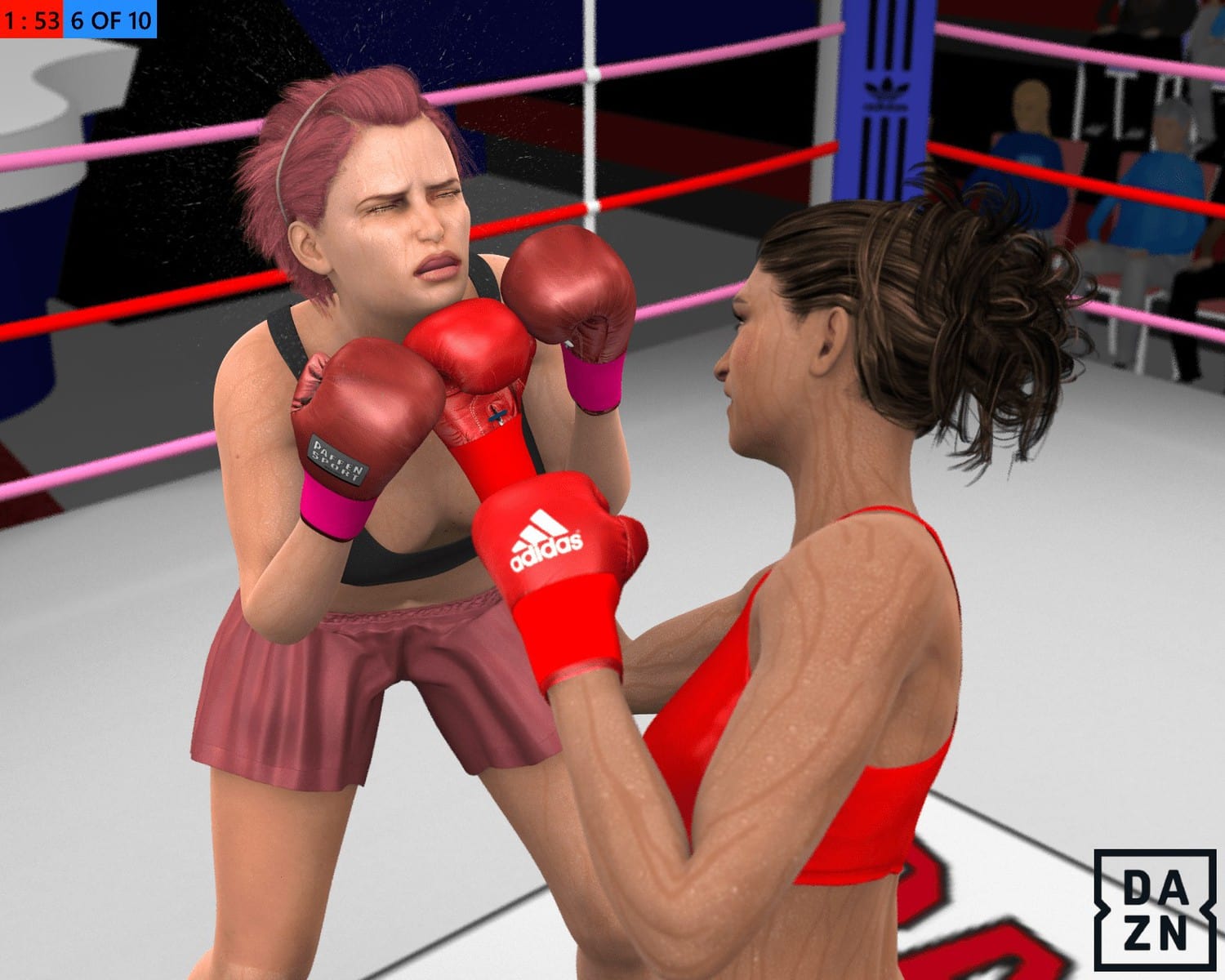 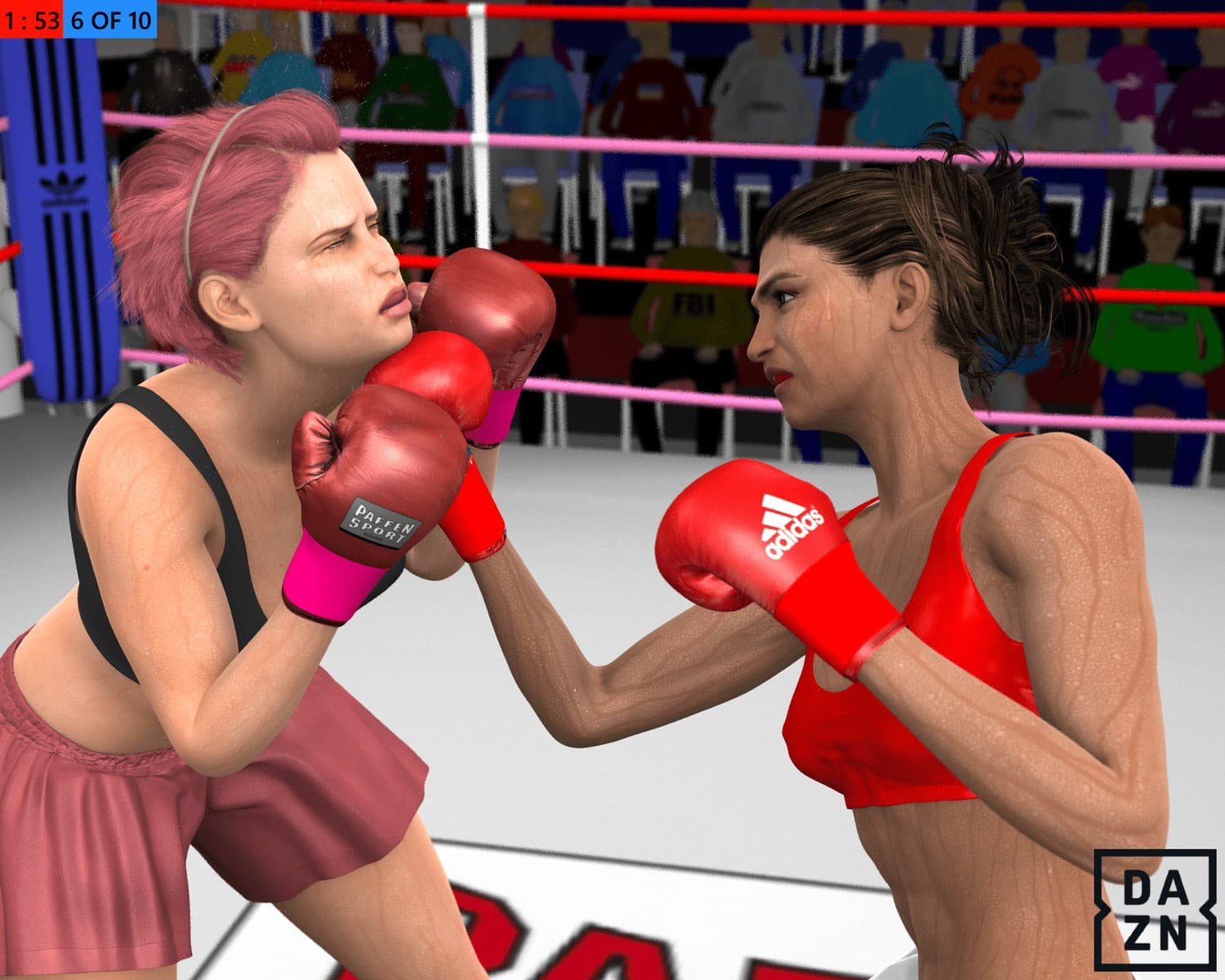 Staggered by that shot, Michaela stumbles back and Virani follows the uppercut with it’s natural partner, the left hook. Virani does manage to get it to land on Michaela, but the German is already falling backwards, diluting some of its usual power. Virani’s punch doesn’t land on the chin, but it confirms that Michaela will go down here in the 6th round!

Thomas thinks: Virani got her good! 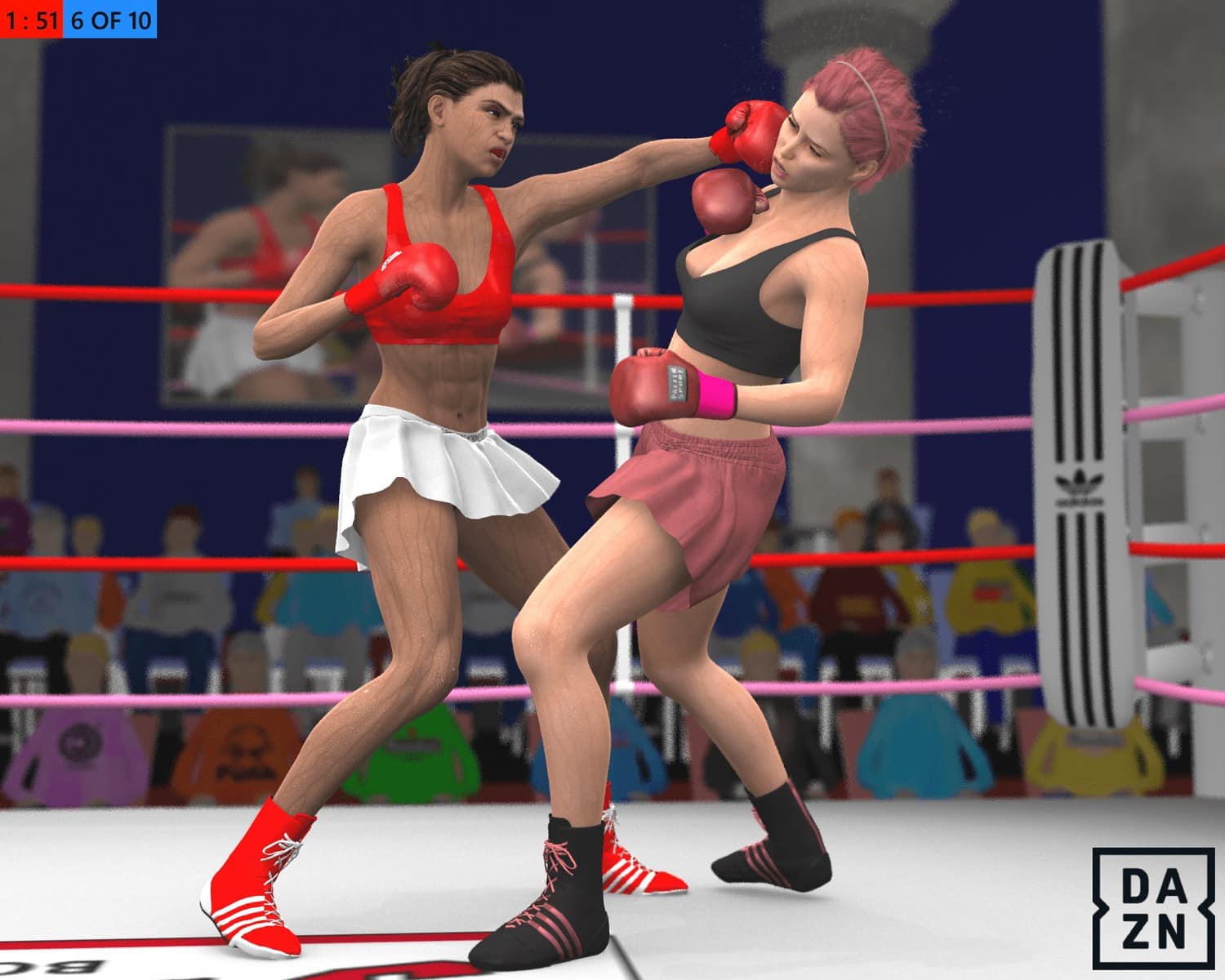 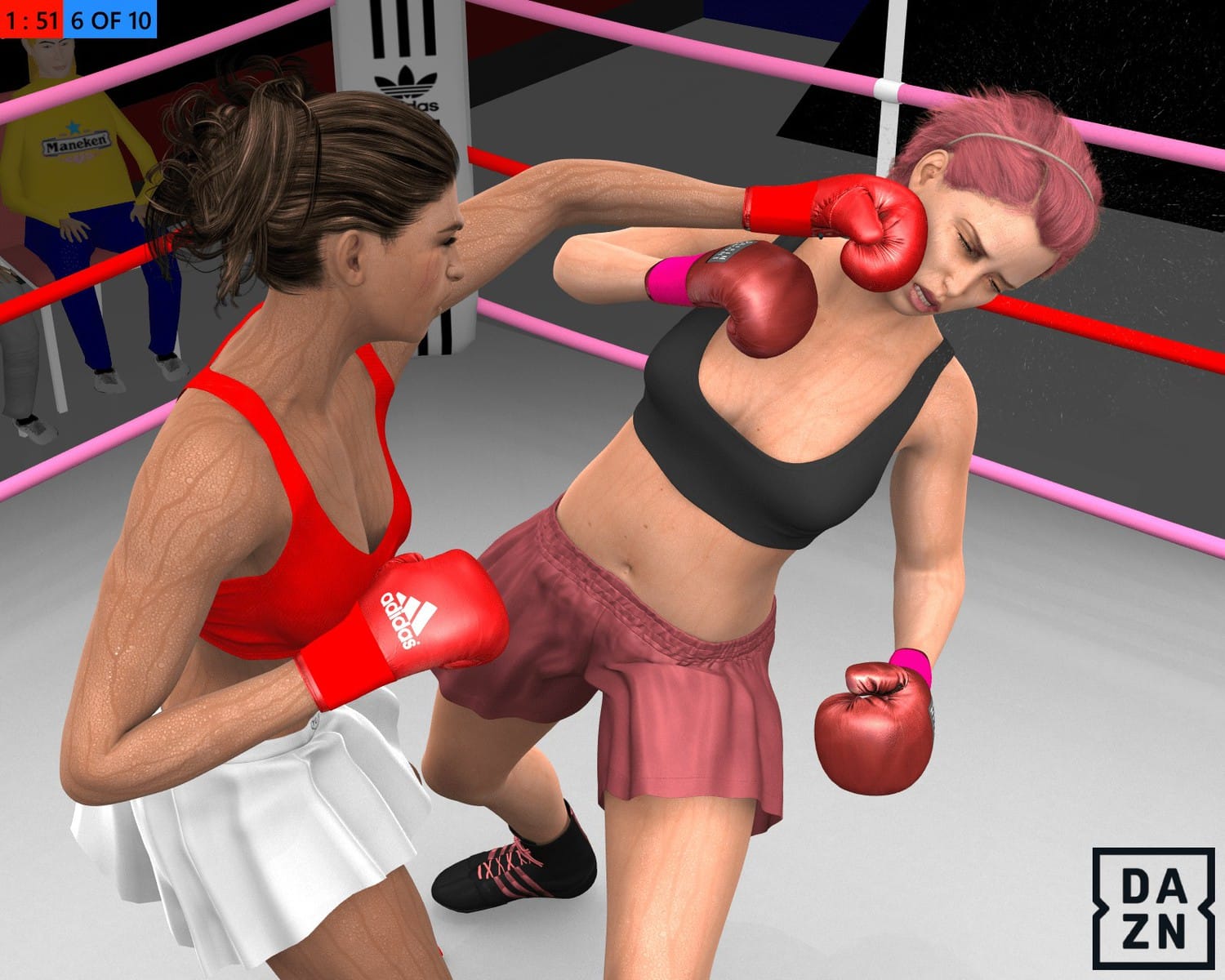 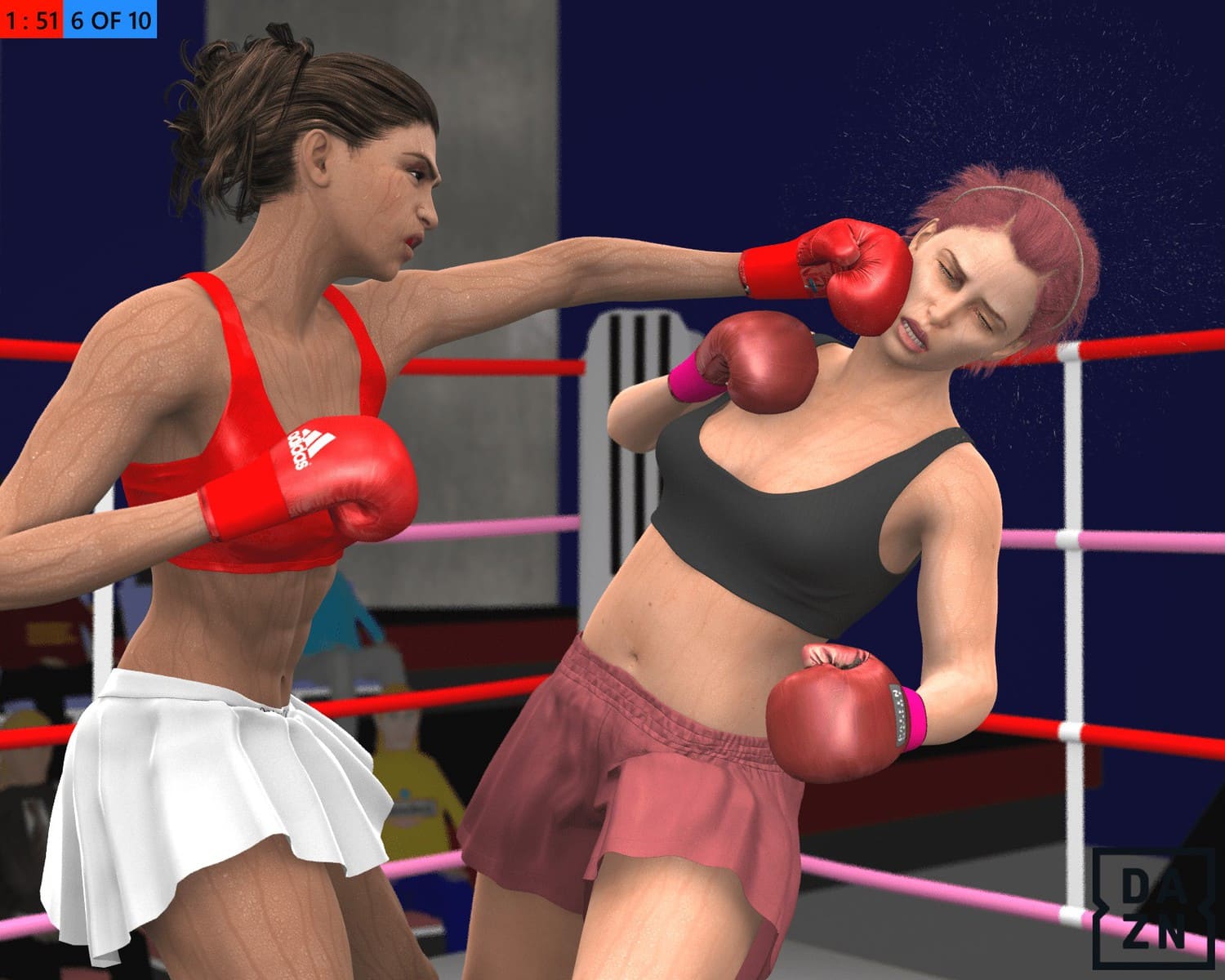 Jolted by those two powerful blows, Michaela’s brain is only able to issue jumbled instructions to her limbs. Her balance fails and she collapses to the canvas, though she is able to prevent her head from bouncing off the canvas, a welcome sign for fans of Queen Kong. But it can’t change the central fact that Michaela is down and appears to be in some trouble.

Laila: “Sommer goes down! A risky but well delivered combination from MacVicar has sent the German spilling to the canvas, a rarity for the usually durable German. It’s early in the round too and even if Michaela beats the count, the Canadian Cobra will have the vast majority of the round to try to put Sommer away!”

Virani thinks: Not sure if I got enough of that hook to finish this one, but she’s hurt for sure 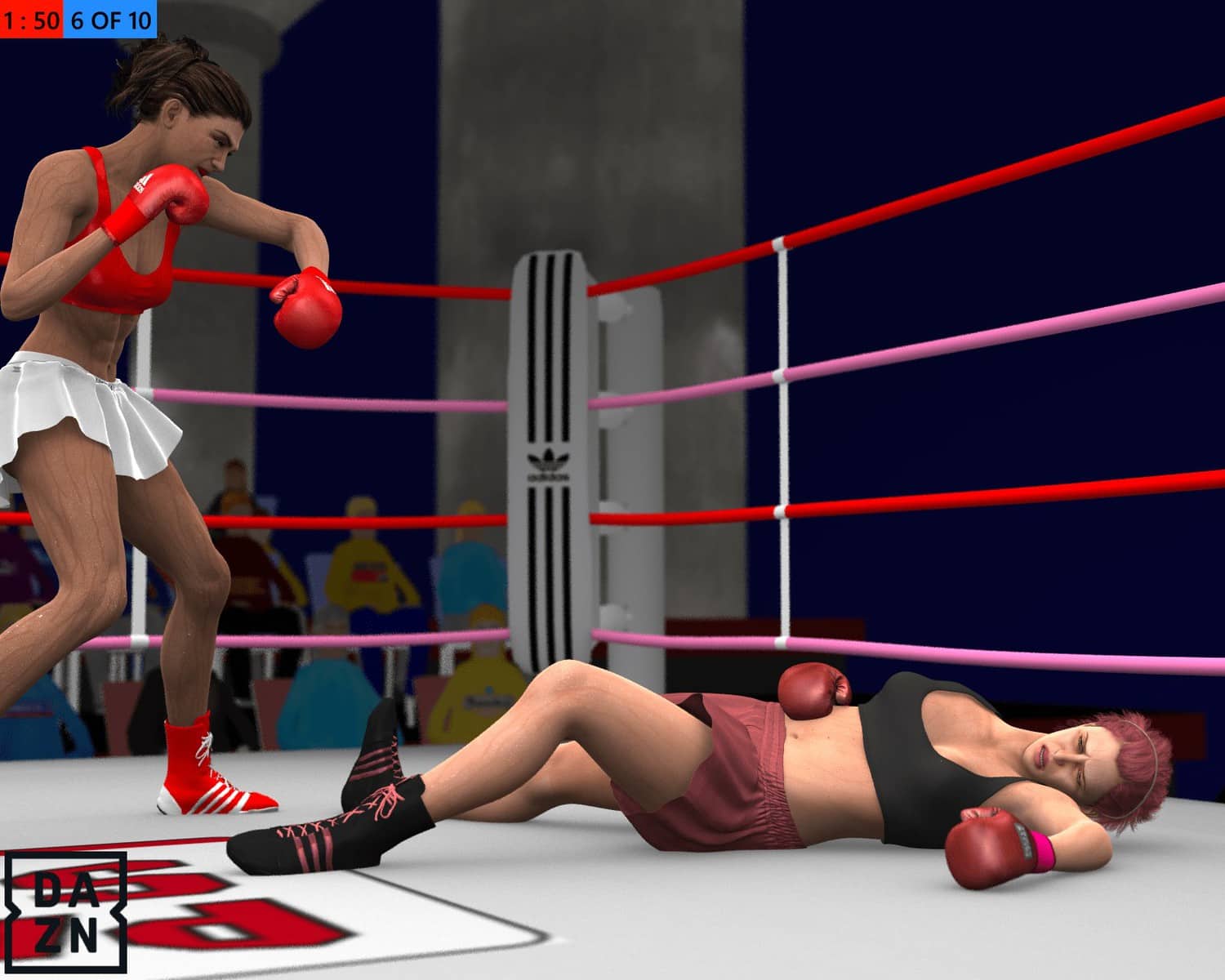 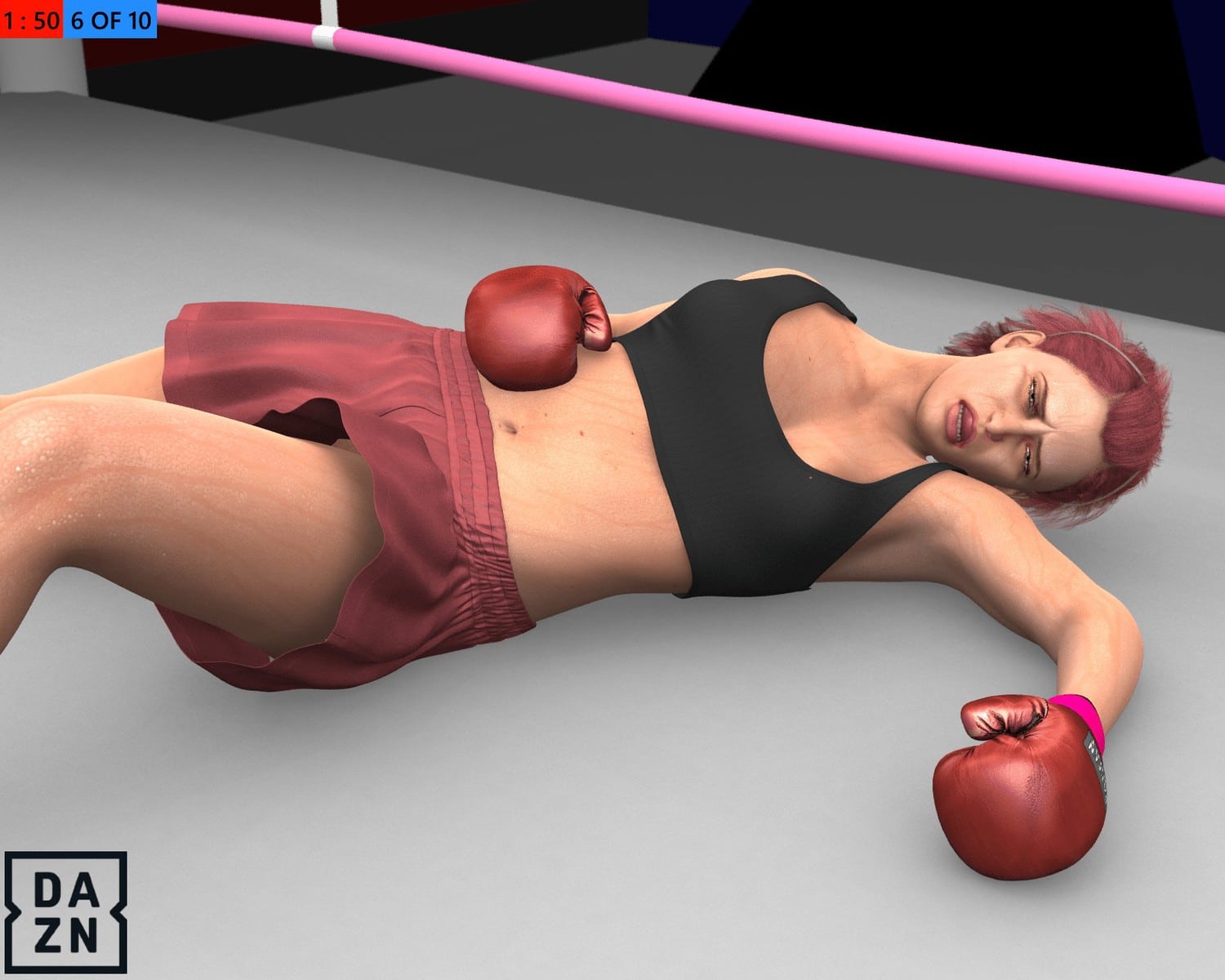 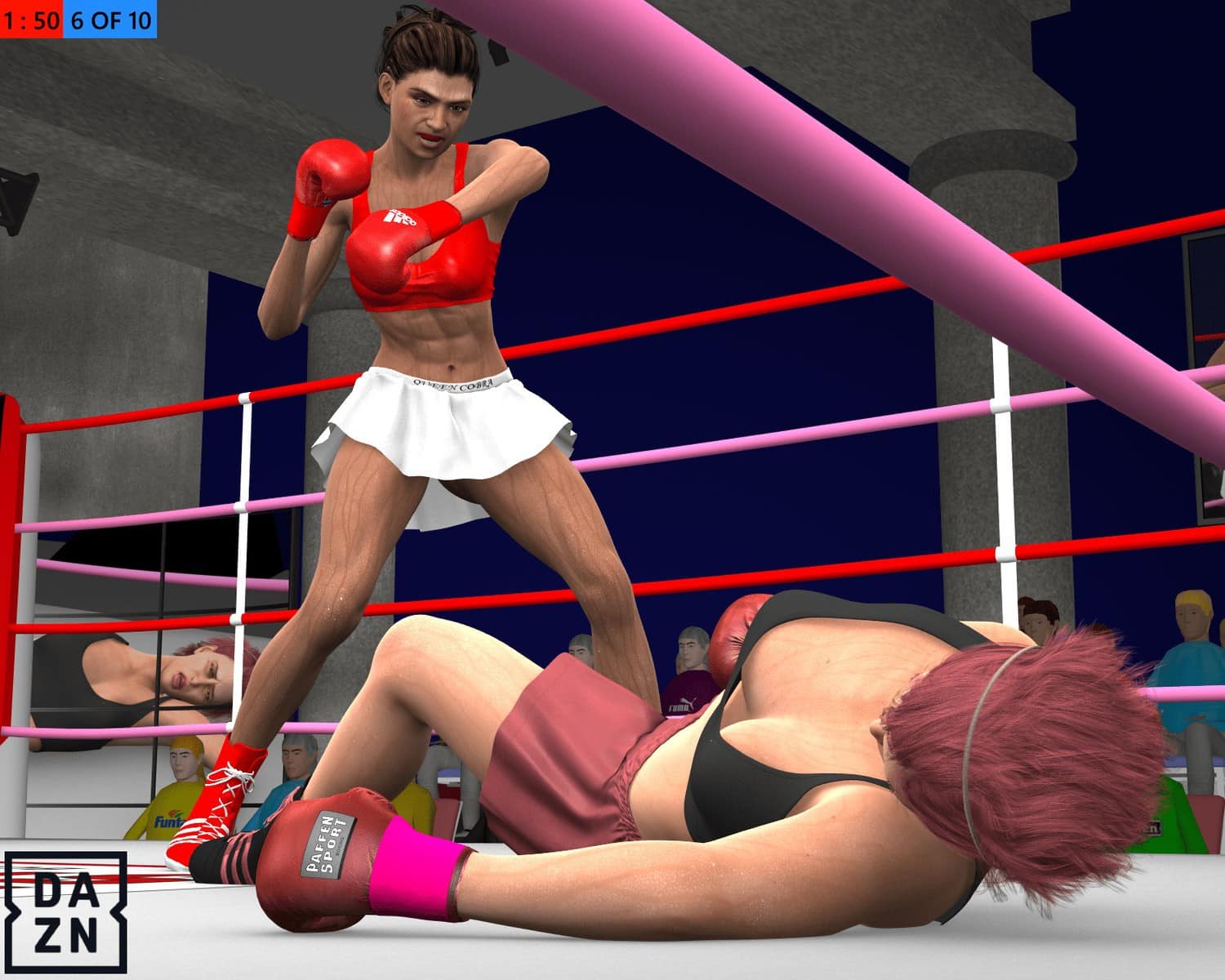 Referee Monique Deschamps is in immediately to send Virani to the neutral corner. The Canadian certainly knows the drill by this point. On the canvas, we can see movement from Micheala. The German is down, but certainly not out.

Virani thinks: I love strutting to the neutral corner after a knockdown. I feel so powerful.

Michela thinks: Whoa, that hurt. I need a few moments to clear my head after that uppercut. Up at 8, Michaela, up at 8. 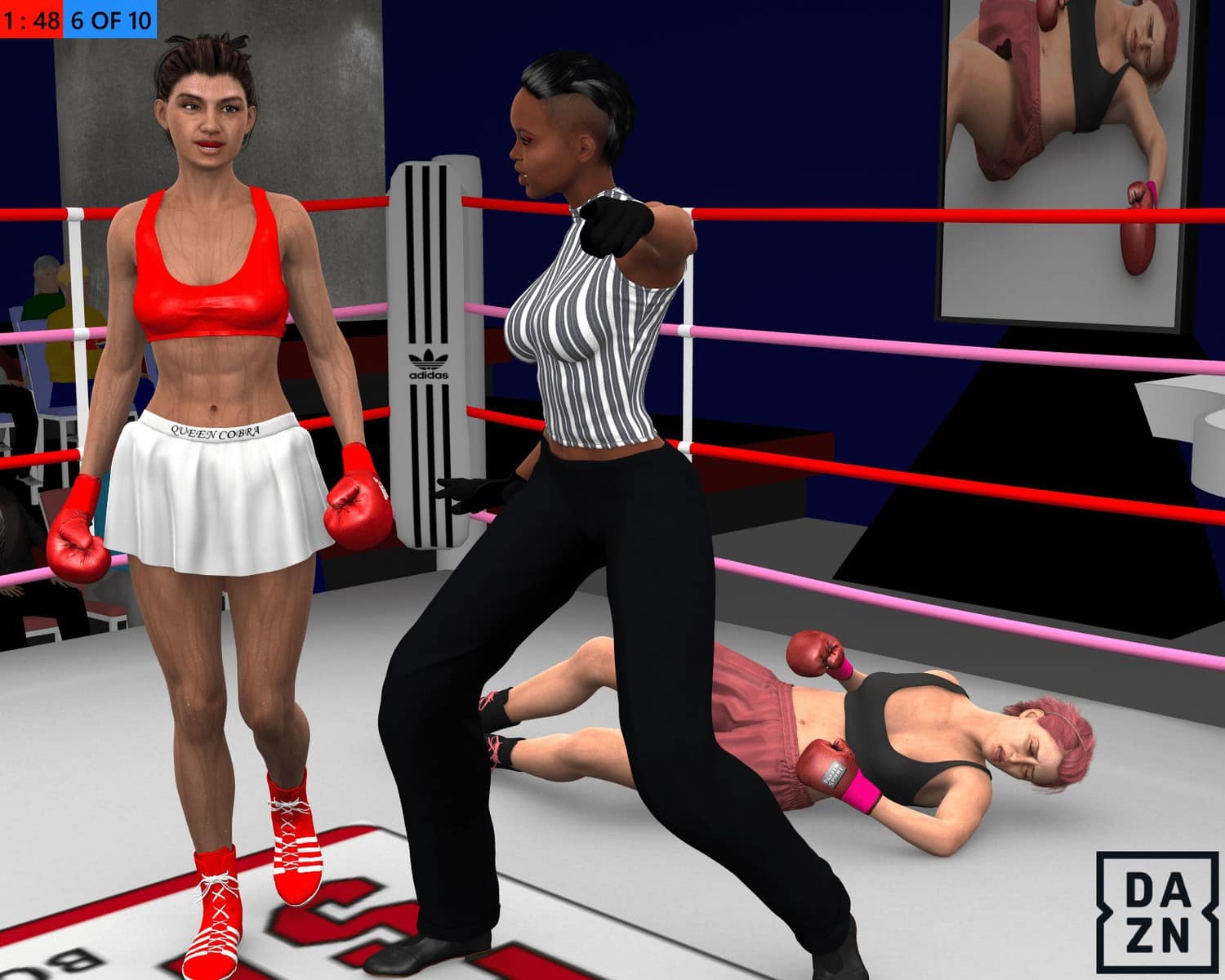 Will Michaela be able to recover?  What else will happen in this 6th round?

Find out in the next post, coming up in a few days… 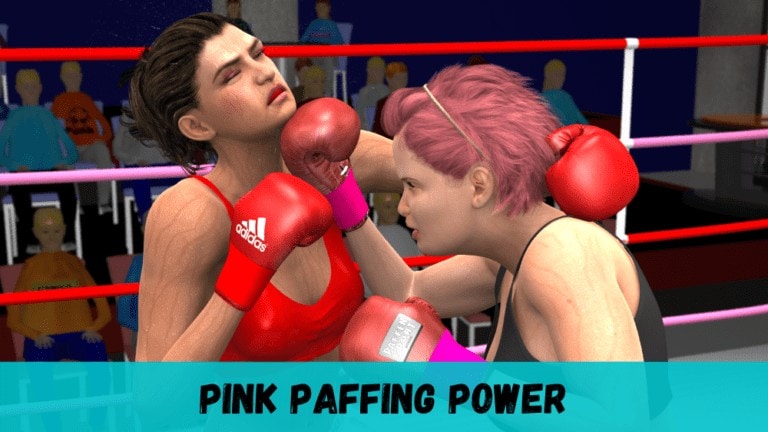 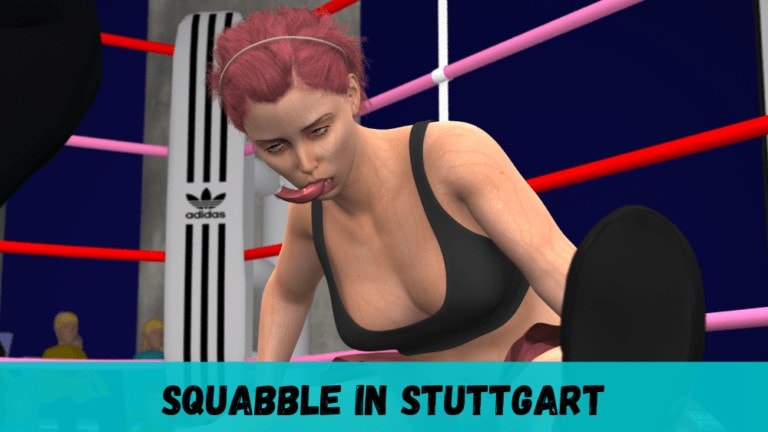