We resume the action from this round with Michaela on her backside and the count from referee Monique Deschamps starting.

Monique thinks: That was a big knockdown, she’s going to have to impress me if she wants to continue.

Laila: “By the count of 3, Michaela Sommer is on her rear and possibly on her way to her feet, but she looks a bit out of it as her mouthpiece dangles from her mouth.”

Michaela thinks: Okay, the fact that my body is not responding the way I want tells me that may be a bit more hurt than I thought. Still, there is time to get up.  Not a lot of it, but I’m not out of it yet. 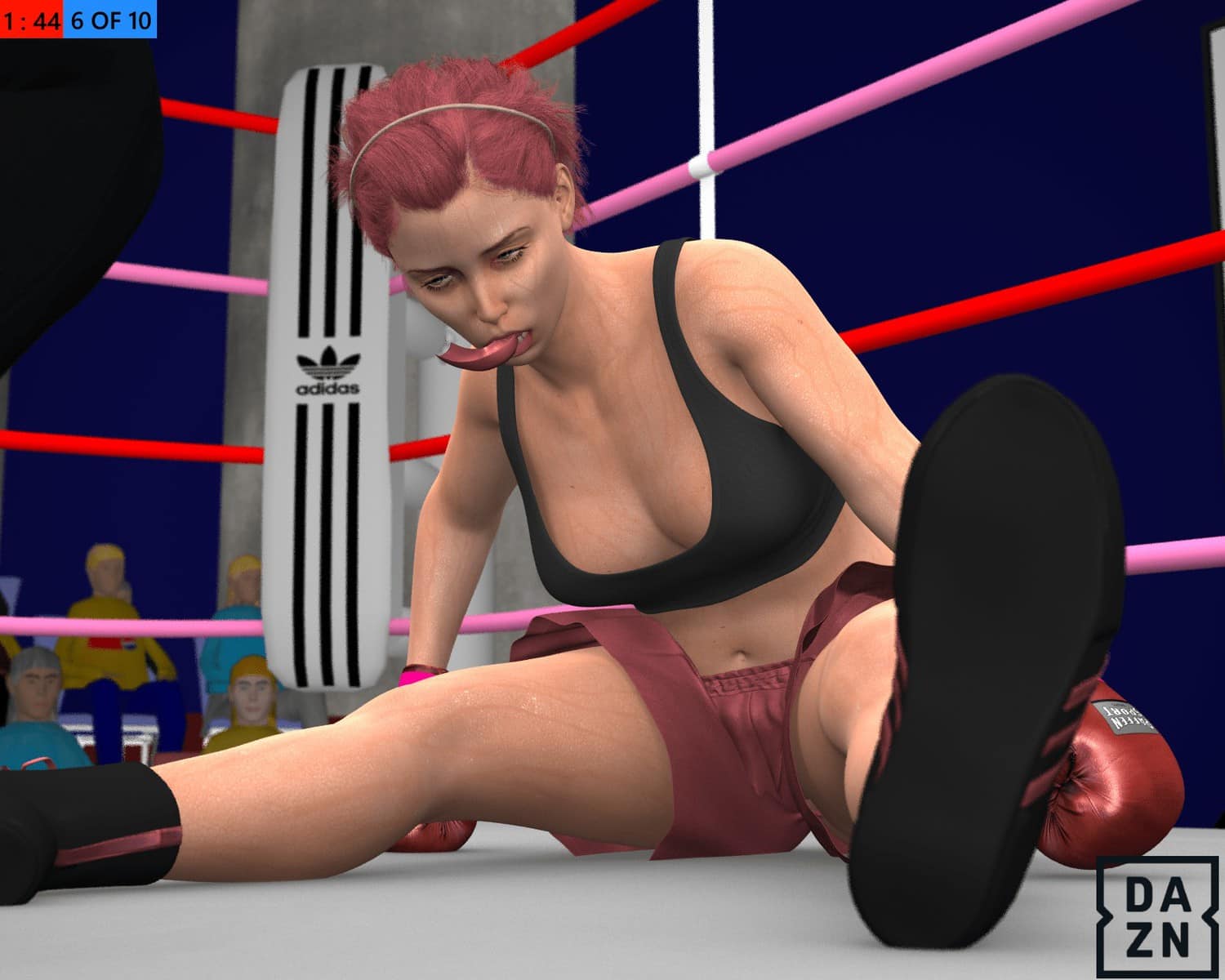 Michaela waits until the last moment to get to her feet, stumbling for a quick moment before raising her fists to continue.

Laila: “Sommer is able to beat the count and will have to defend herself from a hungry Cobra that will no doubt be looking to put an end to this one. The Canadian Cobra is pretty well known as someone who knows how to finish a fight.”

Michaela thinks: That was harder than I thought.  But I’m good to go.

As everyone prepares for the fight to resume, referee Monique Deschamps has a few questions for Michaela.

Monique: “Do you want to continue?”

There’s a bit of a pause before Michaela responds.

Monique has seen and heard enough to come to a decision. She waves off the fight, to the chagrin of the crowd and especially Michaela.

Michaela: “What the fuck are you talking about! I beat the count! I’m ready!”

Monique: “My decision is final. You were unfit to continue.”

Michaela: “I’m standing in front of you. My gloves are up. What else can I do? It’s the first time she knocked me down!”

Laila: “The fight is over! Referee Monique Deschamps has decided that Michaela is not in good enough shape to continue! That is a very surprising decision, since she allowed MacVicar to continue after an equally violent knockdown, but the referee’s decision is final, Virani MacVicar will claim victory here in round 6.

Virani needs no invitation to begin the celebrations, jumping on to the bottom rope to show her happiness at overcoming her biggest challenge do date. The German crowd is booing, however. Not because of who won, but in the manner of how it has been decided. It looks like the local girl has been denied a chance to prove her worth against the international challenger.

Laila: “There is still chaos in the ring as Sommer loudly protests the decision of the French referee, while the victorious Canadian jumps on the ropes and celebrates the biggest victory in her career, one that has seemingly come out of the blue.”

Virani thinks: Michaela may be protesting, but I’m going to celebrate the hell out of this.

Thomas calls Virani to their corner to avoid the growing fracas in the ring.

Thomas: “Let me cut your gloves off.”

Thomas: “No, you don’t understand, once I cut your gloves off, they can’t restart the fight.”

Virani: “They can’t restart it, it’s over.  The referee called off the fight.”

Thomas: “Virani. We’re in hostile territory here and the home fighter just got screwed over. This is boxing. Anything can happen.” 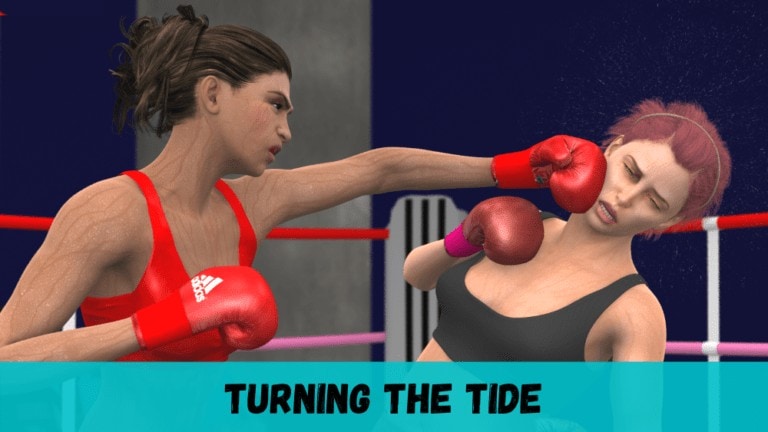