Virani MacVicar was going through a half paced workout on a lazy Tuesday in Toronto. She was working the heavybag, just trying out a few different combinations to see how they felt. The satisfying thud of the bag was just one of the auditory delights of being a boxer. It wasn’t quite the natural satisfaction of a thudding hook to the ribs, but it was close enough.

The former Canadian champion was just working out to stay fit, and because it was a Tuesday and she didn’t really have any other plans. The life of a top level boxer wasn’t that exciting on a day to day basis, frankly.

She was plotting out a return to hammering on the bag when Anita burst through the door, speaking loudly. Virani frowned. Anita was generally the quiet type, and she wasn’t one to make a grand gesture. Virani started to clue in that something different was going on when Anita waved frantically in her direction. The Canadian Cobra shrugged and headed in her direction. Anita used her free hand to indicate the small office that Thomas used to handle small administrative tasks.

Anita walked in and Virani followed. The businesswoman indicated that Virani should close the door, so Virani complied. Anita put her phone on the small table and hit the speakerphone option.

Anita quickly mouthed, “Be quiet” to her before speaking towards the phone, “Okay, Spencer. I’m out of my car, what can I do for you?”

Okay, surmised Virani. This was starting to make sense. Anita was on a call with Spencer Grandin from DAZN and she wanted her to listen in.

“I need your help,” came the voice of Spencer Grandin from the speakerphone.

“You want fashion advice or…”

“I’ll get right to the point. I need Virani. I need her fighting in 3 weeks on a card in Las Vegas.” 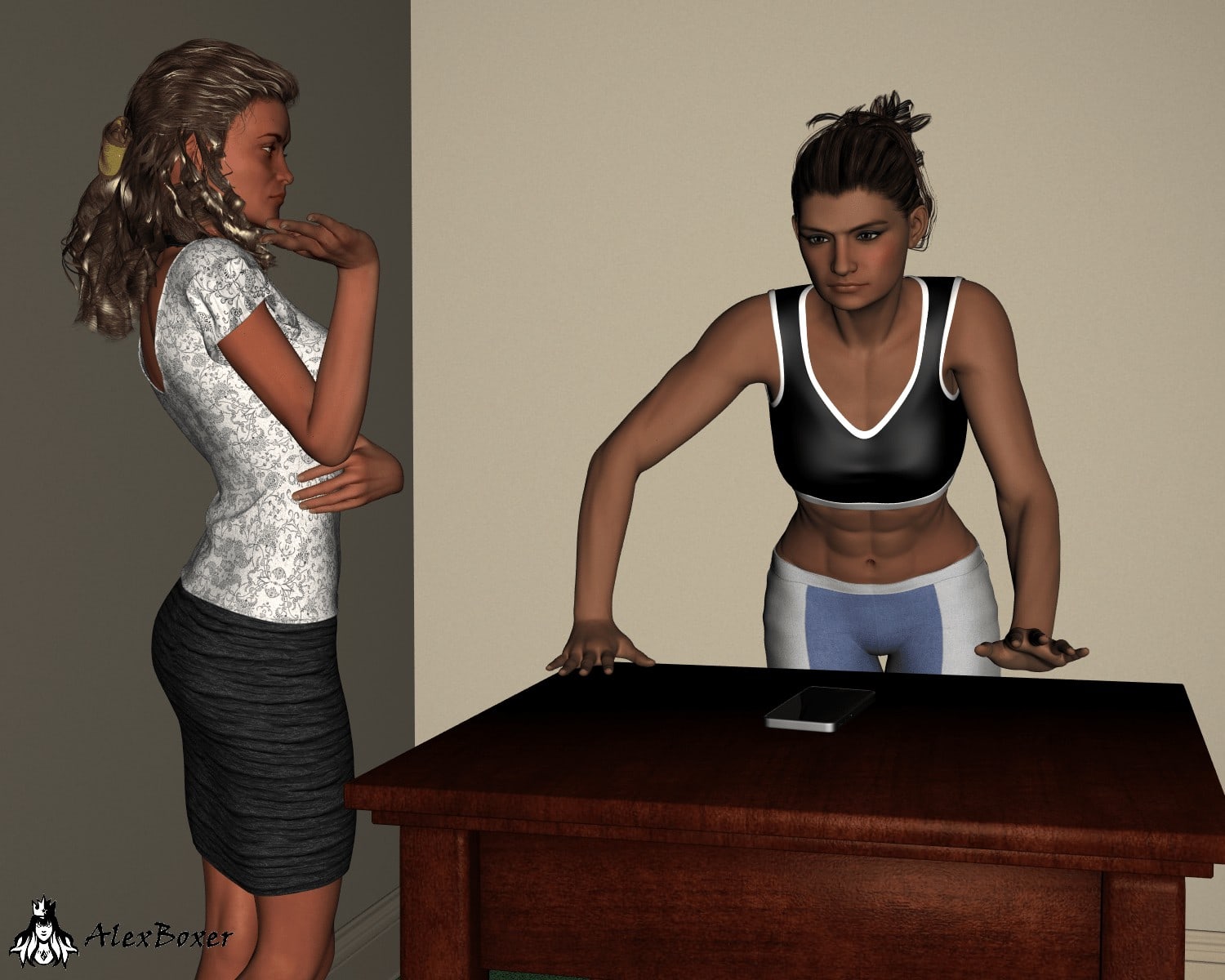 Virani’s eyes narrowed. That was the card that had the Featherweight title fight between The Empress and Yenifer Perez. She felt her heart beating faster – was she being offered a world title fight?

“Steffi Slater’s opponent is out. I don’t want to scrap the fight because if I do, I won’t have a co-main event. The event in Las Vegas isn’t sold out yet, so we need someone that people will pay to see fight, that means Virani.”

Anita shot a glance at her and Virani gave her promoter a quick thumbs up. Steffi Slater was a fighter that she and her team had long identified as a fighter high in the rankings that didn’t necessarily have the talent equal to her ranking. ‘The Gray Lady’ was a fighter that had fought and lost for the World title on 3 different occasions. She was smart, durable and she was a fighter that knew and would use every trick in the book…but she didn’t possess any amazing skills either. She was solid but not spectacular. She had maintained her top ranking by cherry picking her opponents and fighting extremely infrequently.

Spencer laughed, “You mean aside from the winnable fight against the highest ranked opponent Virani has ever faced?”

Anita’s voice took on a cool, calm tone, “Oh sure. Except you owe us one after you threw us to the wolves in Germany. We don’t owe you a damn thing. You know, I had a chat with a colleague over at Ring Kings the other day, and I hear BOX TV love Virani over there.”

“We’ve got one fight left with you on DAZN, Spencer,” continued Anita. “Tell me why I shouldn’t take Virani, who is on a 7 fight undefeated streak by the way, see out our contract here, and then test the open market?”

There was a long silence from the phone before Spencer spoke again, “Can we just move past the threats and get to the point where you tell me what you want?”

“Well, first we want an extension, and a raise,” said Anita.

Virani scrambled for a pen and wrote a few brief instructions for Anita.

Anita laughed, “Don’t agree to something before I tell you how much of a raise we want.”

“This is a two-way street, Anita,” Spencer said with a hint of warning in his voice. “This has to work for both of us”

Anita smiled like a predator and “Fine. A reasonable raise. A contract extension. And we want choice of opponent for Virani’s next fight. That means if Virani wants a title fight, she gets it. If she wants to fight Debbie from the fitness center the next town over, you don’t say a damn word.”

Virani had to work hard to stifle a laugh.

“And lastly I want a spot on a DAZN card for another one of our fighters,” Anita concluded.

“Which fighter? The McGale girl is good for action fights, but I think her value is pretty diminished for the moment.”

Anita shook her head, “Not her. Kasandra Sobieski. Undefeated. Pretty. Marketable. This won’t be a hard sell.”

“Oh, your Polish girl. Yeah I can manage that. One fight. No promises beyond that.”

Anita glanced in Virani’s direction and the Canadian Cobra sent back a quick thumbs up. This was going to be a good deal and it was going to get her a fight that she had long desired.

“In theory, yes,” said Spencer grudgingly. “I’ll send over the contract for the fight and I’ll try to get you that contract extension to you in the next 24 hours.”

“Always a pleasure dealing with you, Spencer,” gloated Anita.

“Just tell your girl that she better win. If I have to put Steffi Slater in a title match I’m going to have to pay people to see the fight.”

I’m going to knock that old hag into 2021, don’t you worry, thought Virani.

“A short notice fight?” said Thomas in an uncertain tone. “Is it really worth the risk? We are only going to have a short camp and a lot of it is going to be getting you back into fighting shape. We aren’t going to be able to prepare anything special.”

“It’s the only way to get Steffi Slater in the ring with me,” said Virani. “She fights only like twice a year and she cherrypicks her fights so she can maintain her ranking. Everyone else in the top 5 is a tough as hell fight. Only Steffi is a bit of a weak link. I win, I’m pretty sure I can leverage it into a world title fight.”

“I agree that Steffi isn’t the most talented fighter, but she’s tough as hell. She hasn’t been stopped in like 6 years, I think. You’ve been knocked out 3 times since 2017.”

“Yeah but she hasn’t fought anyone that could knock her out. She hasn’t faced anyone that can hit like me,” Virani countered. “She’s old, she’s slow. She’s got strength and some veteran tricks. That’s it.”

“That’s a bit confident,” opined Thomas. “Fighters that last that long around the top of the rankings don’t do it by some sort of cosmic fluke. Power can’t be the only gameplan that you have.”

Thomas put his hands on the table, “Look, I think this is a winnable fight too. I think you can beat anyone in the division, but rushing into a fight just because it seems like a good opportunity isn’t always a good idea.”

Virani nodded, “I agree. But it makes sense here.”

Thomas shrugged, “I can see when you mind is made up. So get back in that gym and put in some work. You’ve got the biggest fight in your career coming up.”