MacVicar (10 wins, 3 losses, 1 draw, 9 KOs) is coming off an impressive victory in Germany against German champion Michaela Sommer and has is currently on a 7 fight undefeated streak. Slater, the American veteran, is 4-1 in her last 4 fights and is a 3 time title challenger. 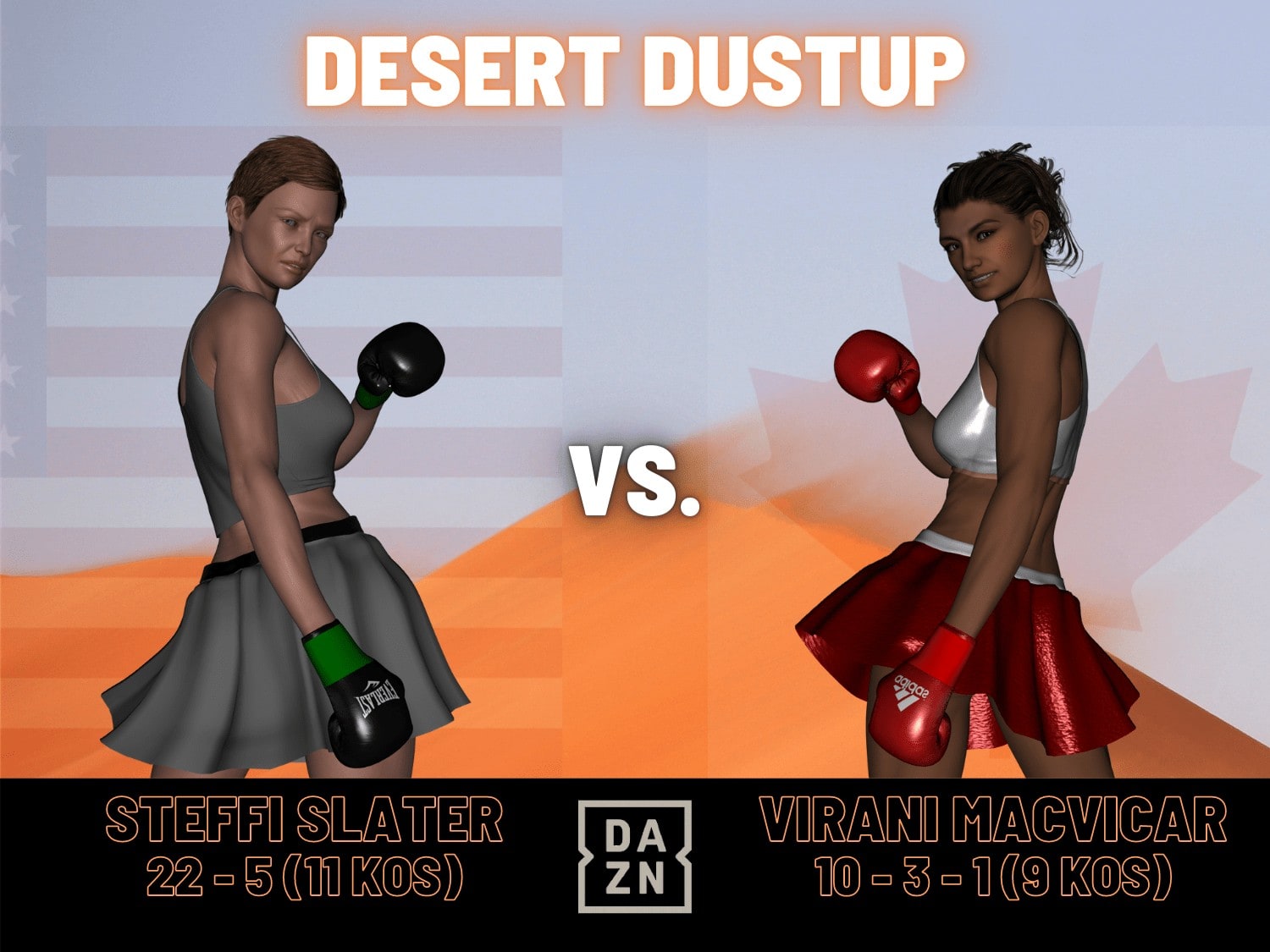 “I’m happy to fill in against Steffi Slater and save the fans from another boring Steffi fight,” said Virani MacVicar. “I know what Steffi brings to the ring and while she was a good fighter, she is well past her prime at this point. I’ll be happy to usher in a changing of the guard and get Steffi out of the top 5 of the rankings where she has been for so long.”

“I’ve seen flashes in the pan come and go, and Virani MacVicar is no different,” commented Steffi Slater in response. “She’s no different than the 4 or 5 other girls that have been hyped as the next up and coming fighter. Sure, she punches hard, but that doesn’t make her a complete boxer like me. I’ll show her the difference when we meet in the ring.”

Steffi Slater has been at the top level of the Featherweight division for more than 5 years. Born in Cleveland, Ohio, Steffi was the 4th of 4 children, and named after the dominant tennis star, Steffi Graf. With 3 older brothers, Steffi seemingly had two possibilities – follow her brothers and become a tomboy or not. Steffi chose to run with the boys and has followed that path ever since.

Steffi came late to boxing. Though she had taken karate and taekwondo as a child and excelled, she had never envisioned fighting competitively. That changed when she signed up at a local gym in Cleveland. She had signed up just to stay fit, but was completely absorbed by watching the people hit the heavybag. Eventually she convinced one of the trainers to teach her how to punch correctly. Steffi was a slow, but dedicated learner and decided that she wanted to do more than just hit a stationary bag and joined a local boxing gym.

At the gym it took a while for the coaches to warm up to the dedicated, but aloof Steffi. The future ‘Lady in Gray’ was a diligent student, but didn’t seem to be much of a prospect for a pro, or even amateur career. By the time she was 25, boxing seemed to be a hobby, but no more than that. A chance sparring session changed all that.

A fellow fighter was preparing for a fight when her usual sparring partner got in a minor fender bender on the way to the gym. Desperately searching for a warm body for his fighter to go up against, coach Robert Roetch asked Steffi if she’d step in. Steffi agreed. If it had been a Rocky movie, Steffi would have floored her sparring partner, but she simply put in a decent shift. However it proved that Steffi had potential to succeed.

The Lady in Gray

Steffi was hesitant to step in the ring ‘for real’ but was convinced to try out as an amateur. Steffi immediately took to the amateur circuit like a fish to water, recording 14 wins and 3 losses in a little over of two years of amateur competition. Steffi started to show the hallmarks of what she would become in pro career, a tenacious, take-no-prisoners approach that sometimes leaned on bending the rules. Even the most lenient of referees was awoken into action with Steffi’s…generous interpretations of the rules. Steffi was smart enough not to get disqualified but it certainly gave her a reputation in the amateur circuit.

Finding her progress stymied on the amateur circuit, Steffi turned pro after catching the eye of a local promoter that felt that Steffi’s hard-nosed style might be a good fit for the midwestern crowd that expects nothing less than total commitment.

Steffi compiled a respectable 7-1 record in her time fighting on small local cards. Eventually the local crowds came to appreciate Steffi getting the most out of her limited talents and it gave her a small modicum of local fame. Steffi’s specialty seemed to be beating up pretty girls that were being prepped for potential stardom.

In her 9th pro fight, Steffi travelled to New York for her first televised fight against Ingrid Remple, an undefeated fighter that was quickly making a name for herself. Steffi and her promoter knew that this was a big step up in class, but the payday and the potential reward was worth it. Steffi lost the fight to Ingrid, but Steffi put up an extremely tough fight, only losing by a narrow split decision.

Moving up the Rankings + Title Shot

Despite the loss dropping her record to 7-2, Steffi’s career seemed to take a major step forward. Her exposure on national TV gave her an increased profile and she was able to secure fights against some better opposition, which she won. With a slew of wins, it was inevitable that Steffi would gather attention from one of boxing’s ranking organizations. After Steffi’s 11th win, Steffi was finally ranked by the WBC.

A few more wins put her in contention for her first ever title opportunity. Despite a valiant effort, ‘The Lady in Gray’ was decisively beaten by a younger, more talented woman. This fight would mark the first time in her professional career that Steffi had gotten stopped – as the referee intervened in the 9th round to rescue an outgunned champion.

Steffi took a year off after that fight, the disappointment of the loss giving way to a further determination to reach the mountaintop.

A Fixture in the Rankings

Steffi quickly returned to her winning ways, but her new management team decided on a new strategy going forward – taking only fights that would benefit her in the rankings. This did mean that Steffi wasn’t quite that active in the ring, often fighting only once or twice a year, but making sure she kept her ranking up. Some would think of it as cynical, but Steffi figured that as she was not the type of fighter that was looked fondly upon by the rankings organizations, so if rankings were so important, why take a risk?

The Lady in Gray was often used as a test of prospects that just made their way into the rankings. Almost always the hype around those girls died when they got in the ring with Steffi Slater. Not only did Steffi win, she would expose these prospects, making them seem woefully out of their depth.

Steffi’s high rankings qualified her for a pair of other shots at the world title, both of which she also lost, though she did put in a yeoman’s effort.

Now a 3 time title challenger, Steffi remains one of the division’s stiffest gatekeepers and she still plots for one last shot at becoming a world champion.

Now at 44 years old, Steffi Slater does not have the athletic gifts that she once had. However Steffi’s game never had been based much around speed or power. Rather, she fights at slow pace and often takes away her opponents best weapon. Steffi’s stamina has never been in question and she loves to drag the fight into the later rounds. Fighting in close is also a specialty of Steffi. The Lady in Gray loves nothing more than to make the fight a grind, with her own, not insignificant strength.

There is also no discounting Steffi’s excellent boxing IQ and her well known tactic of using less than legal methods to take her opponent out of her game. Steffi Slater might not punch as hard as some, but she is a disciple of the sweet science of boxing and she gets every ounce out of her talents. 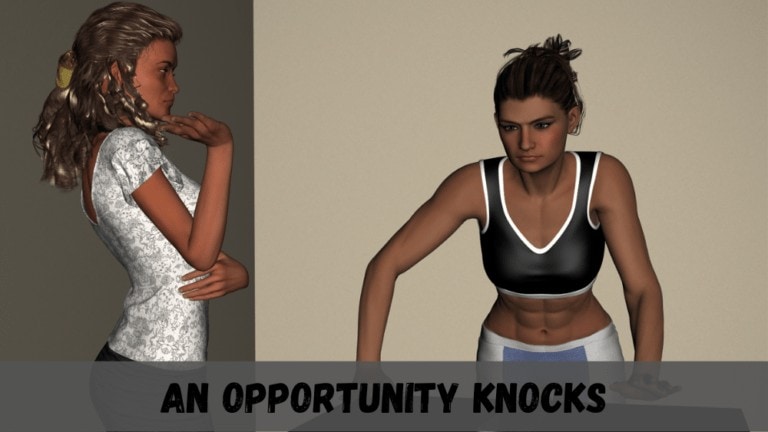 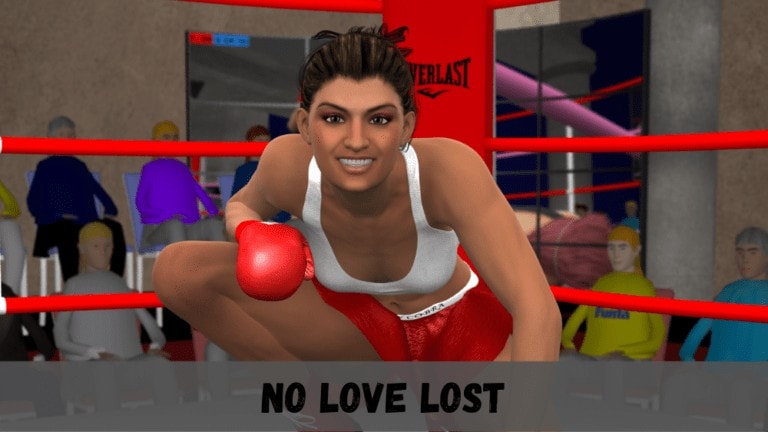