Emma McGale was late. Emma McGale didn’t like to be late. But she was late. So as she burst through the door of the small office that her coach Thomas Nagy used had in the Cobra gym, she was already starting her apology.

Thomas Nagy, her coach, youthful, easy going, nodded easily. The stylish woman across from him, Anita Martin, CEO of Cobra promotions was a bit more annoyed.

“We’ll just have to make this go quicker,” said Anita. “I’ve got an appointment I need to be at.”

“Sure,” said Thomas, who apparently knew the agenda for this meeting. This was Anita and Thomas’ usual Friday meeting, and it was rare for her to get invited to it. “Emma, what do you think of Kasandra’s improvement?” 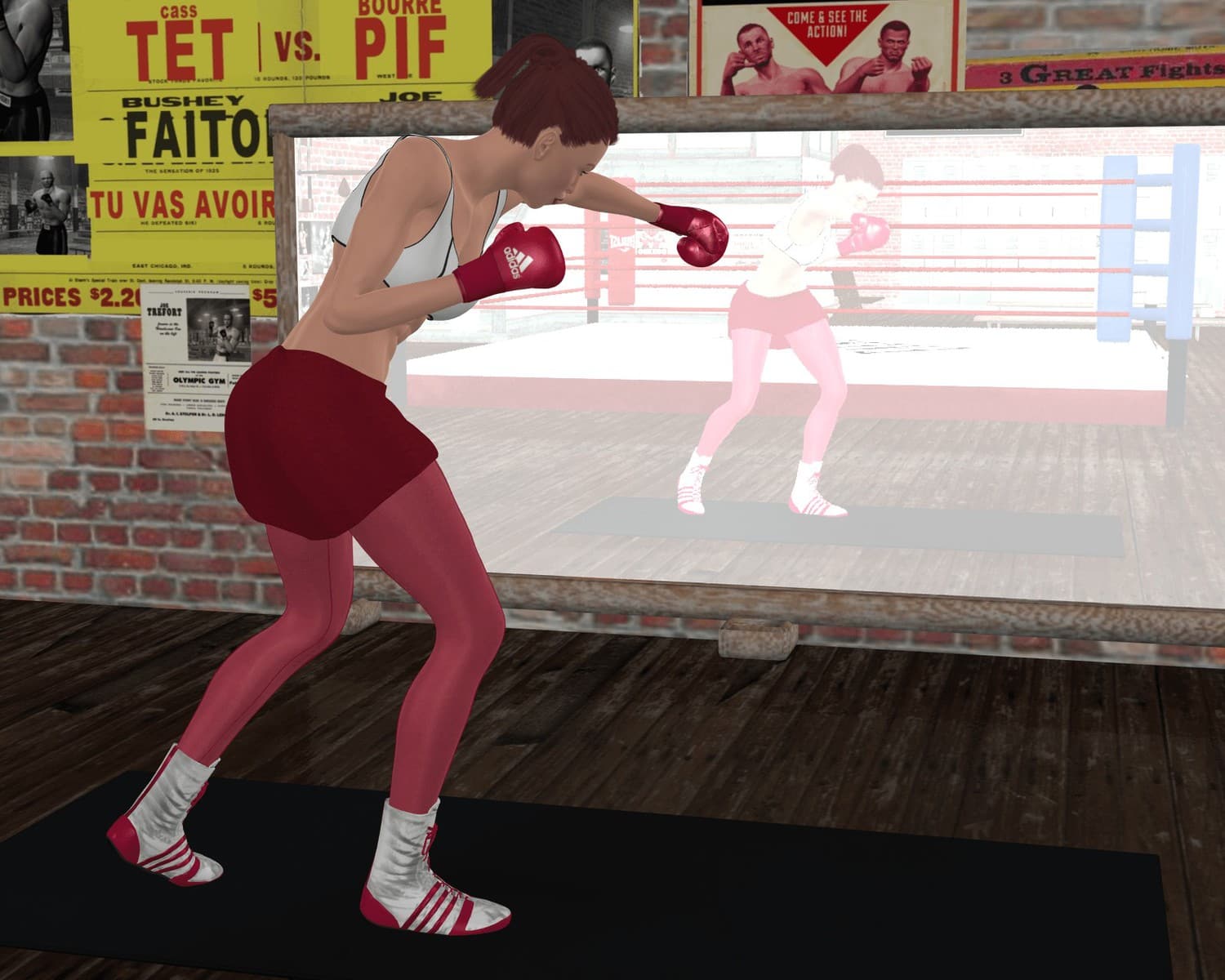 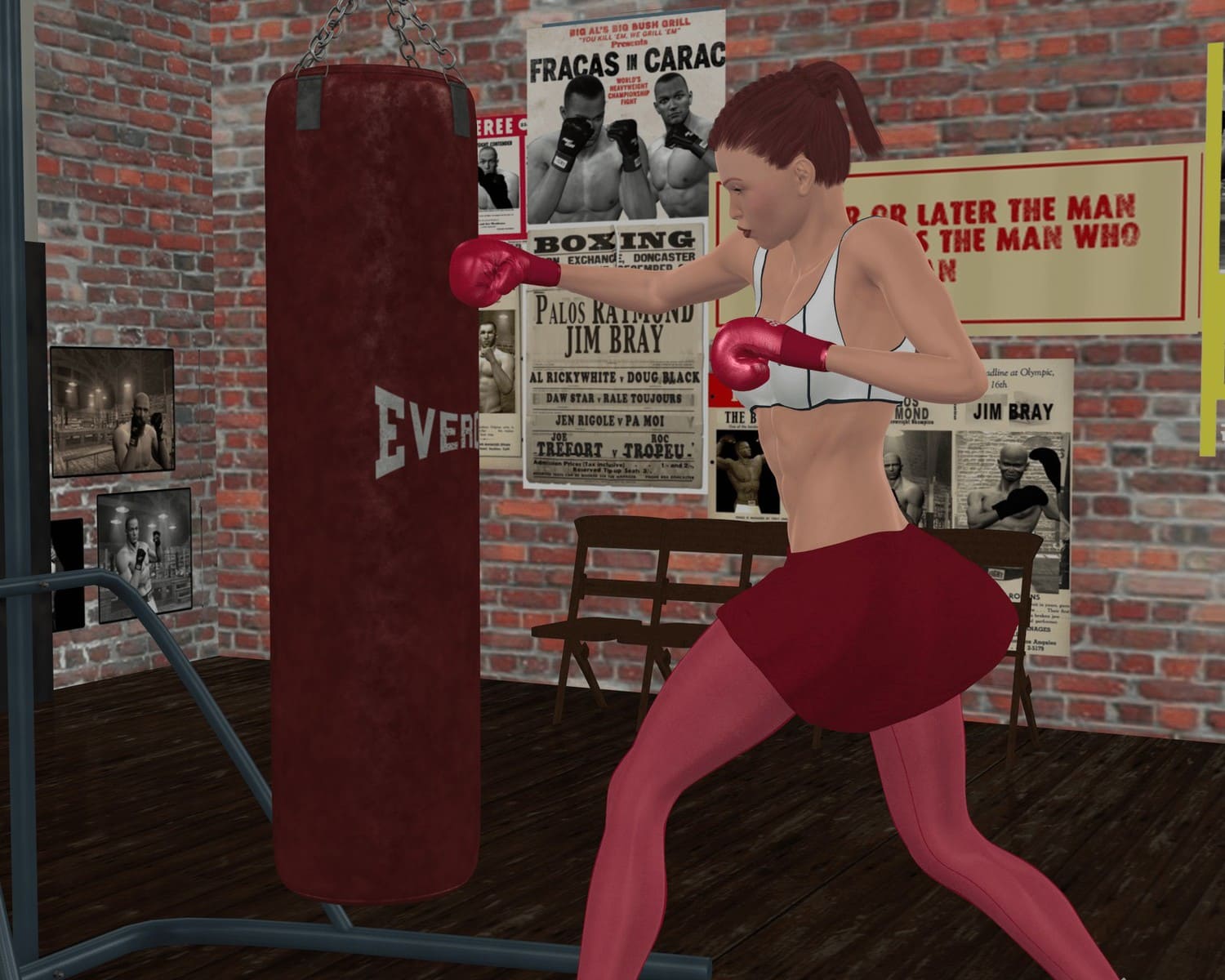 Emma nodded while she pieced together her thoughts “I don’t think she’s improved too much, honestly. She’s got so much skill when talking about pure boxing and just boxing technique, but I don’t know, it feels like there’s something missing. I honestly think she’s vastly more talented than I am, but if we ever had a fight… I’d win. She just clams up when you land a good punch on her. She doesn’t fight through it, she just waits out the pain and goes back to work.”

Thomas grimaced for a moment, “It’s a tough problem to work on, but she just needs to get tougher. To learn that being hurt is a natural part of boxing, and fighting through it is something that has to come organically. To that end, Anita and I have decided that she needs a step up in class.”

Anita smiled a little, “Let us not deride the fine art of record padding. But if we think that Kasandra is the prospect we think she is, pushing her forward is the way to go.”

“I assume you have a few fighters in mind, Anita?” asked Thomas.

“Well, as you know, DAZN is holding a spot for Kasandra on their upcoming Toronto card for her. Undercard fight, nothing special, but hey, exposure is exposure,” laughed Anita. “The people at DAZN suggested Leanne Storm…”

“NO! Not her,” she interjected without thinking. Bloody hell, anyone but her.

Anita cast an annoyed glance in her direction. “As I was saying, I think she’s basically perfect. 8-4, daughter of a reasonably famous fighter, but no real amateur pedigree and no notable wins. Only 1 stoppage loss so she’s probably durable. Exactly what we need.”

Anita turned her focus fully to her, “But our resident expert apparently knows otherwise. I didn’t know she was an encyclopedia of fringe level fighters.”

How do I do this without it seeming more suspicious than it already does?

Emma chose her words carefully. “I keep an eye on the English scene, considering I’m from there. Leanne’s record is totally misrepresenting her. She started her career 4-3, and didn’t seem to be anything special, but then she joined up with her father, James Storm, who was a boxer of some repute in England back in the day. Under her dad’s guidance she is 4-1. Her dad is a big enough name that she has promotional backing now. They aren’t offering her as a lamb to the slaughter.”

Thomas frowned. “But that’s fine. We want Kasandra to be challenged. She’ll steamroll anyone that isn’t of a decent level.”

“And DAZN isn’t going to let us pick some secretary off the street and have Kasandra slaughter her,” Anita pointed out.

“There’s got to be someone else,” said Emma. “Trust me, this girl isn’t the girl you want to have test Kasandra. If she’s anything like her father, she’ll be the one doing the steamrolling. James Storm was a legend for how tough he was. A pure English scrapper if there ever was one.”

“The daughter is not the father,” said Anita. “Boxing skill isn’t inherited. Otherwise, Julio Cesar Chavez Jr. Would be one of the best fighters of his generation. He certainly isn’t. Besides, it’s not like your dad was a fighter or anything, was he?”

Emma turned away, holding back her emotions.

Anita reached out and touched her arm, “I’m so sorry Emma. I didn’t know.”

“Well, why don’t we ask what Kasandra thinks of Leanne as her opponent?” asked Thomas.

“This is a mistake,” Emma said to herself.

The next day, Anita was on the phone with the people at DAZN, having accepted a fight between Kasandra Sobieski and Leanne Storm.

And the first thing Emma did was buy a ticket to the event so that she could be there.