London – It’s showtime in the capital of England, with Takara “Love Muffin” Oshima and Summer “Crusher” Simpson set to square off at the Copper Box Arena.

Takara’s story is well known here. She earned a brilliant knockout win against Akane Watanabe earlier this year, and had to mend fences with her friend since that fight made her lose her Japanese citizenship to take the German one.

Between those events, Takara moved to London, joined Final Bell Boxing and hired the great Clifford Little as a coach.

Today, Takara is ranked number 6 in the Lightweight division and she looks very dangerous. She has a perfect record of 13 wins, no loss, and 10 victories by way of knockout.

Her opponent is Summer Simpson, from the United States. A friend of Chelsea Carter, the pressure fighter is ranked 12th in the division with a record of 8 wins (5 KO) and one loss.

How does it go? Let’s find out.

The Love Muffin has a bright start. She doesn’t mind letting Summer decide where the fight takes place, with the intention of imposing how it takes place. She is confident that her intelligence and that the explosiveness inside her red gloves will make the difference in this contest.

Round 1 goes well for Takara. She reads the pressure fighter’s attacking game and hits her with straight shots. Nothing huge, but it’s a solid display of her ability to throw fast, powerful punches without a warning. Crusher has a solid chin, though, and she shakes off the pain. 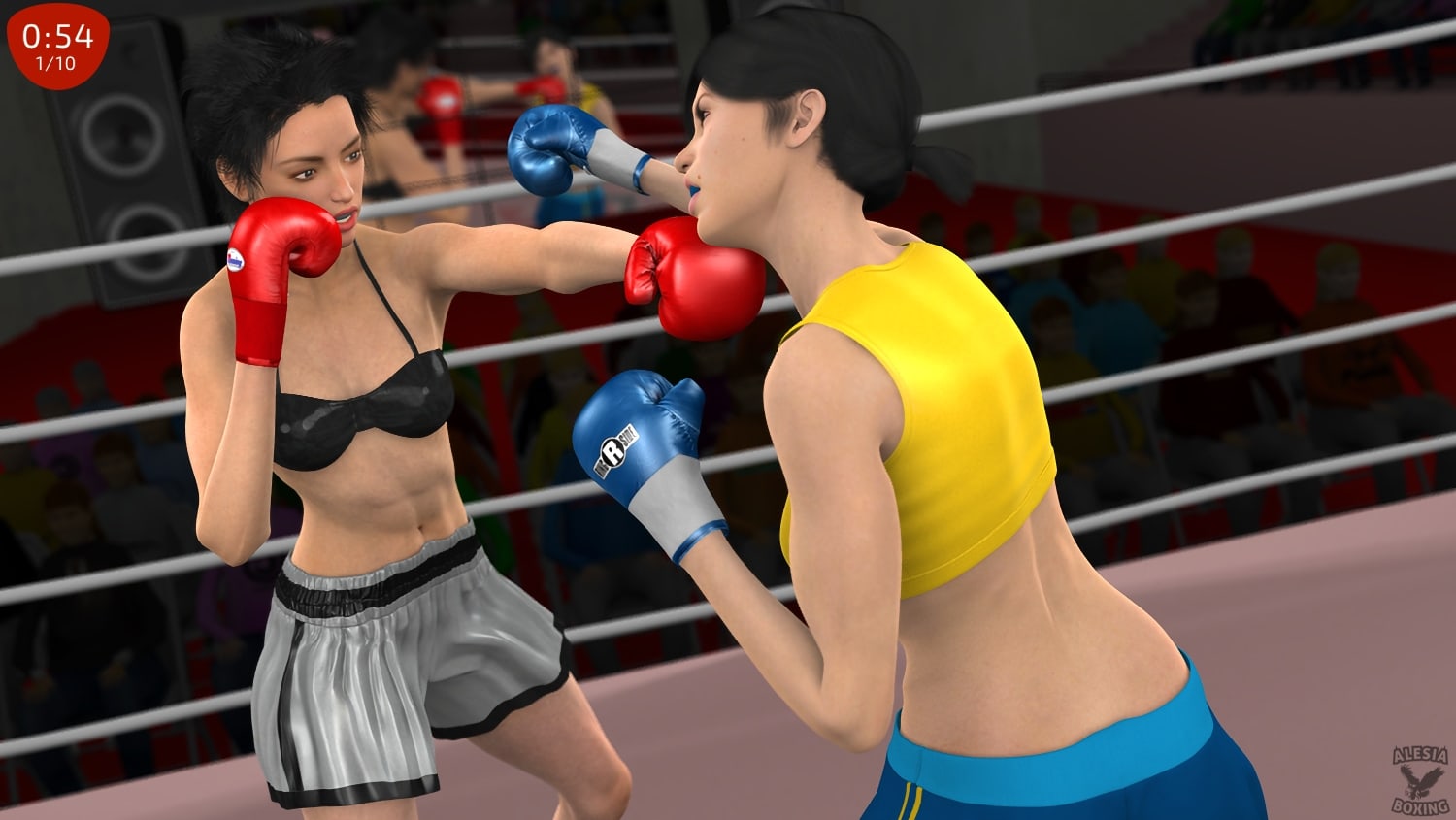 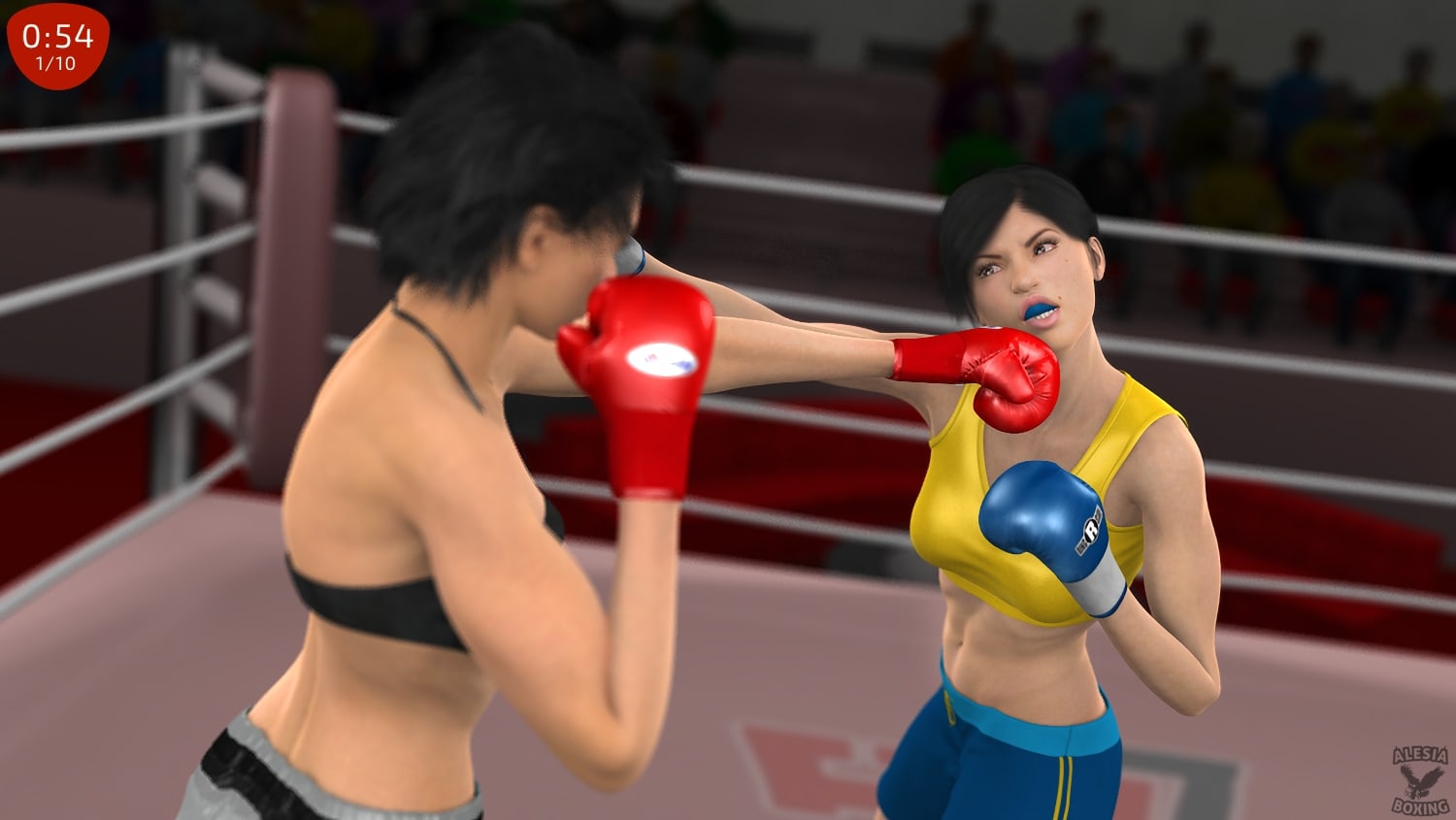 Takara keeps this up in the second engagement, with a twist. She responds to aggression with penetrating counterattacks that include taking the body. Summer Simpson is a decent puncher who never backs down, but she doesn’t have the pure speed of her Japanese opponent. She is on the receiving end of well-thrown bangers. Without mash. 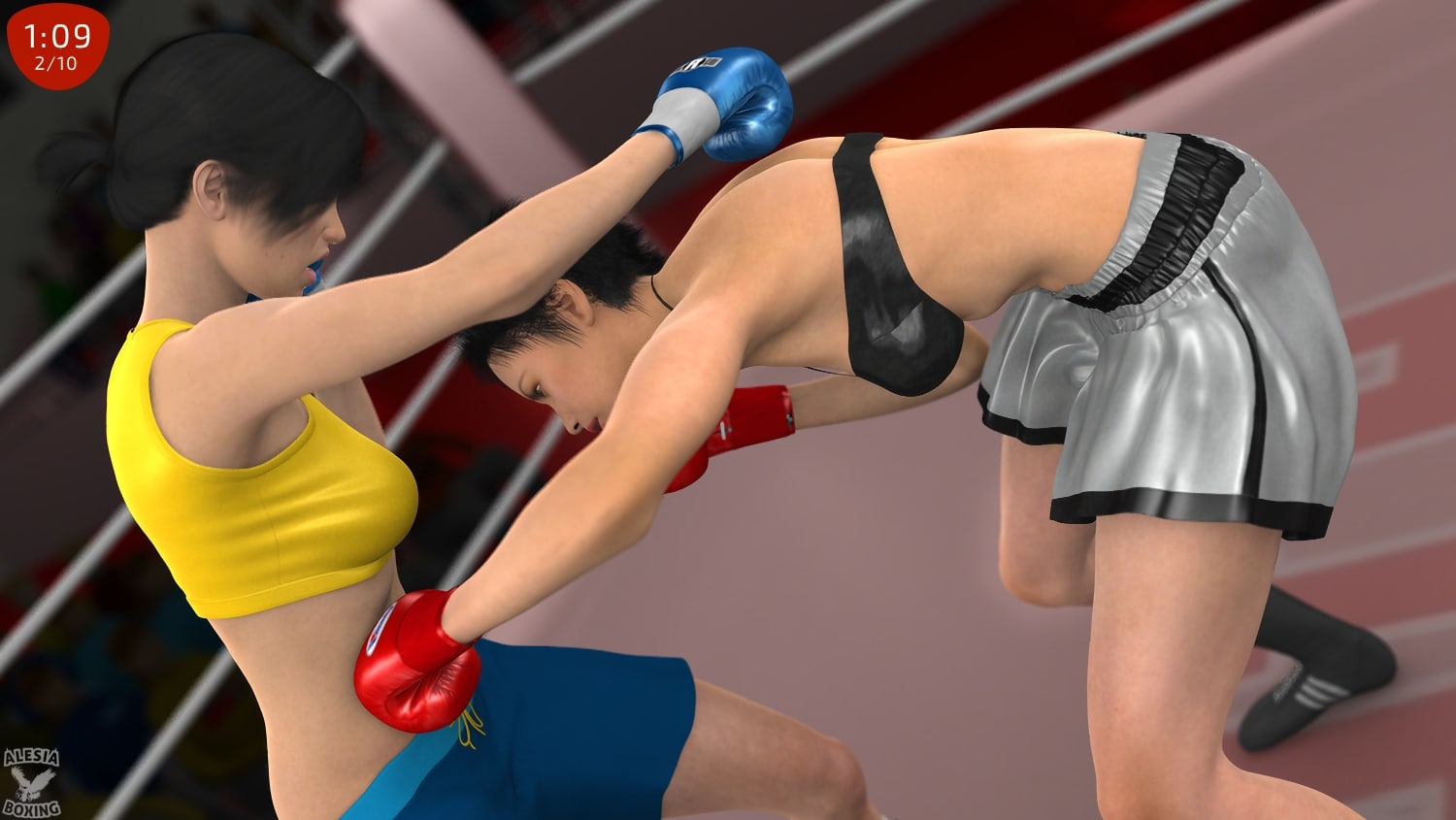 Never undestimate the heart of a pressure fighter, though. Summer flips the script in Round 3. She drops back, circles and dares Takara to give her red leather. Crusher enjoys great success for two minutes, scoring with clean, effective punching while making Love Muffin fall short. 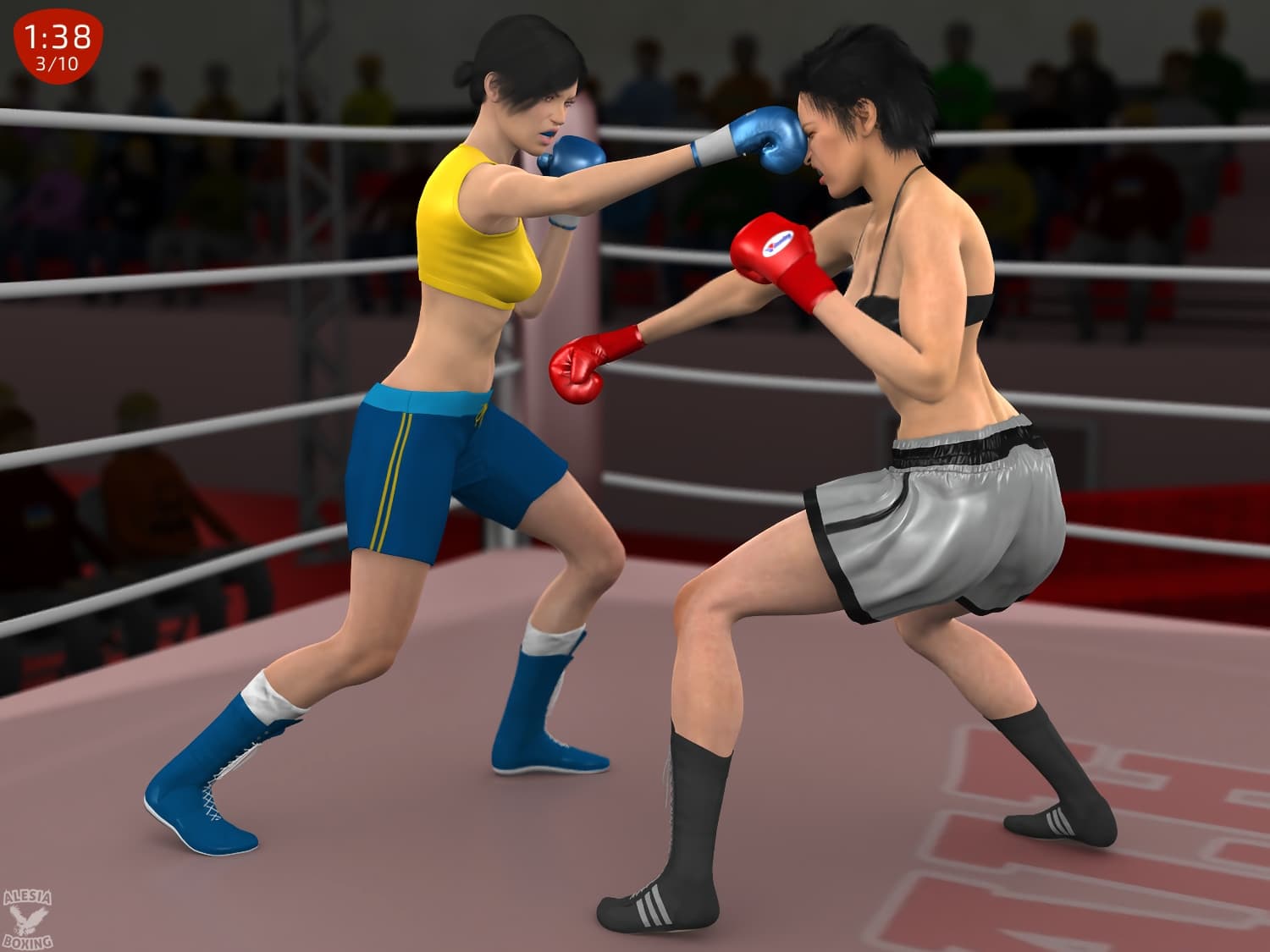 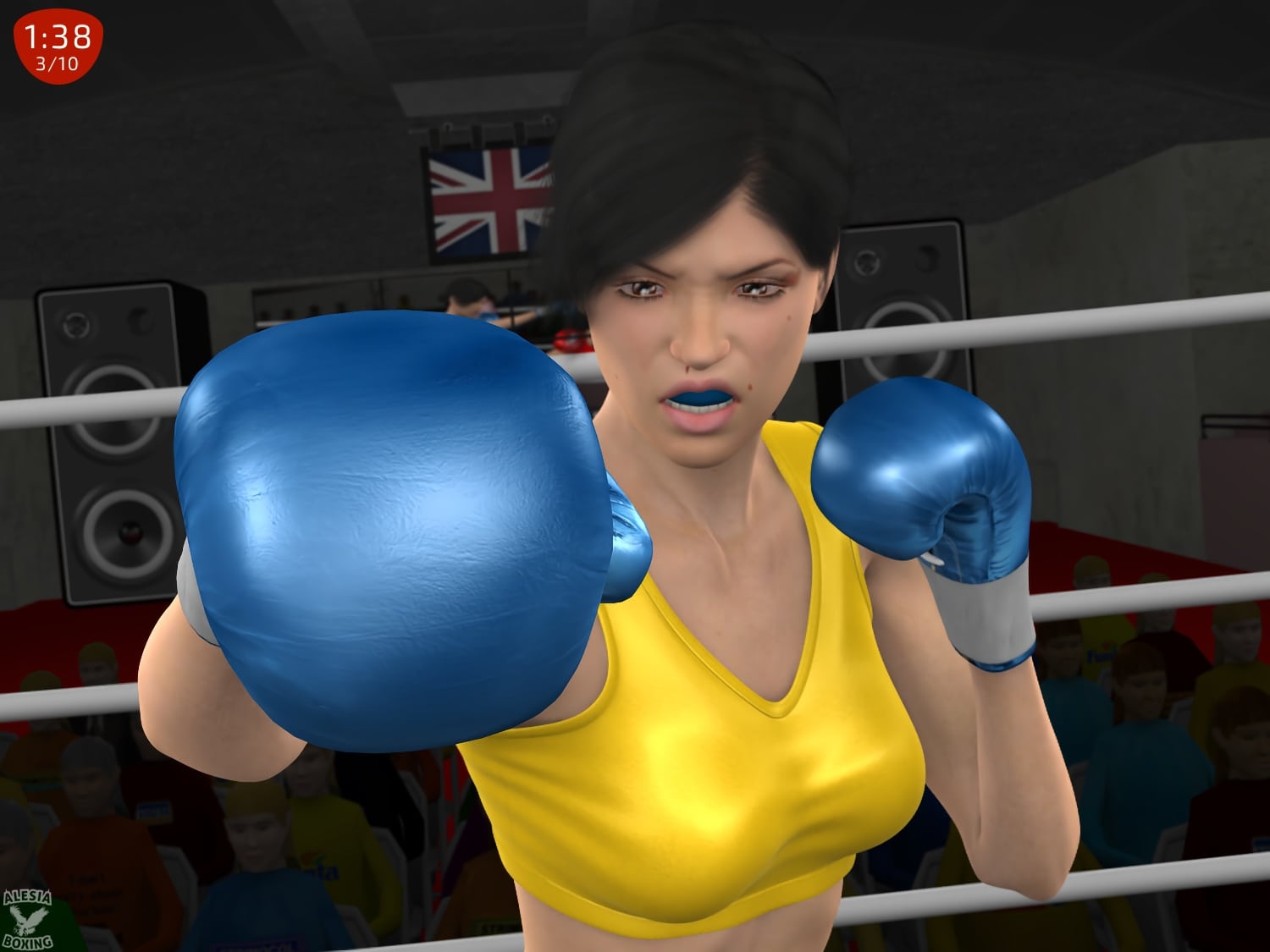 At the break, Clifford Little is pissed.

Clifford: “Bloody hell! What the fuck were you doing in there? Going for baits? That’s not what I expect from my fighters and you better take back control in Round 4. Fight smart, manage your space and make her walk into your shots.”

Takara responds to tough talk with enthusiasm. While some would be upset by the scolding, she welcomes the toughness of the best coach in England. She moves left, right, back and forth with excitement, staying on her toes and throwing fast combinations. It’s raining muffins on Summer, who sees dark clouds covering the arena’s ceiling. 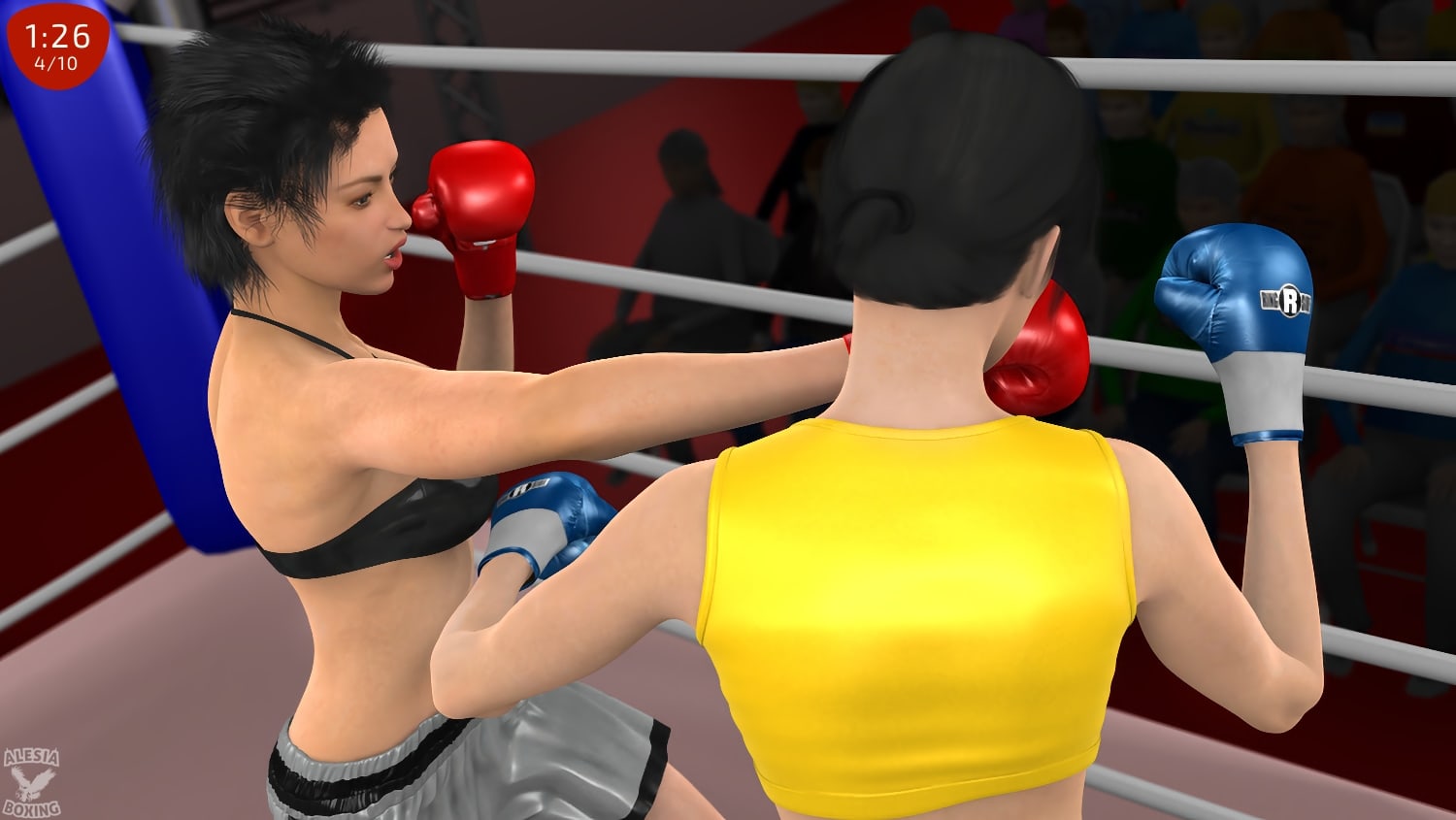 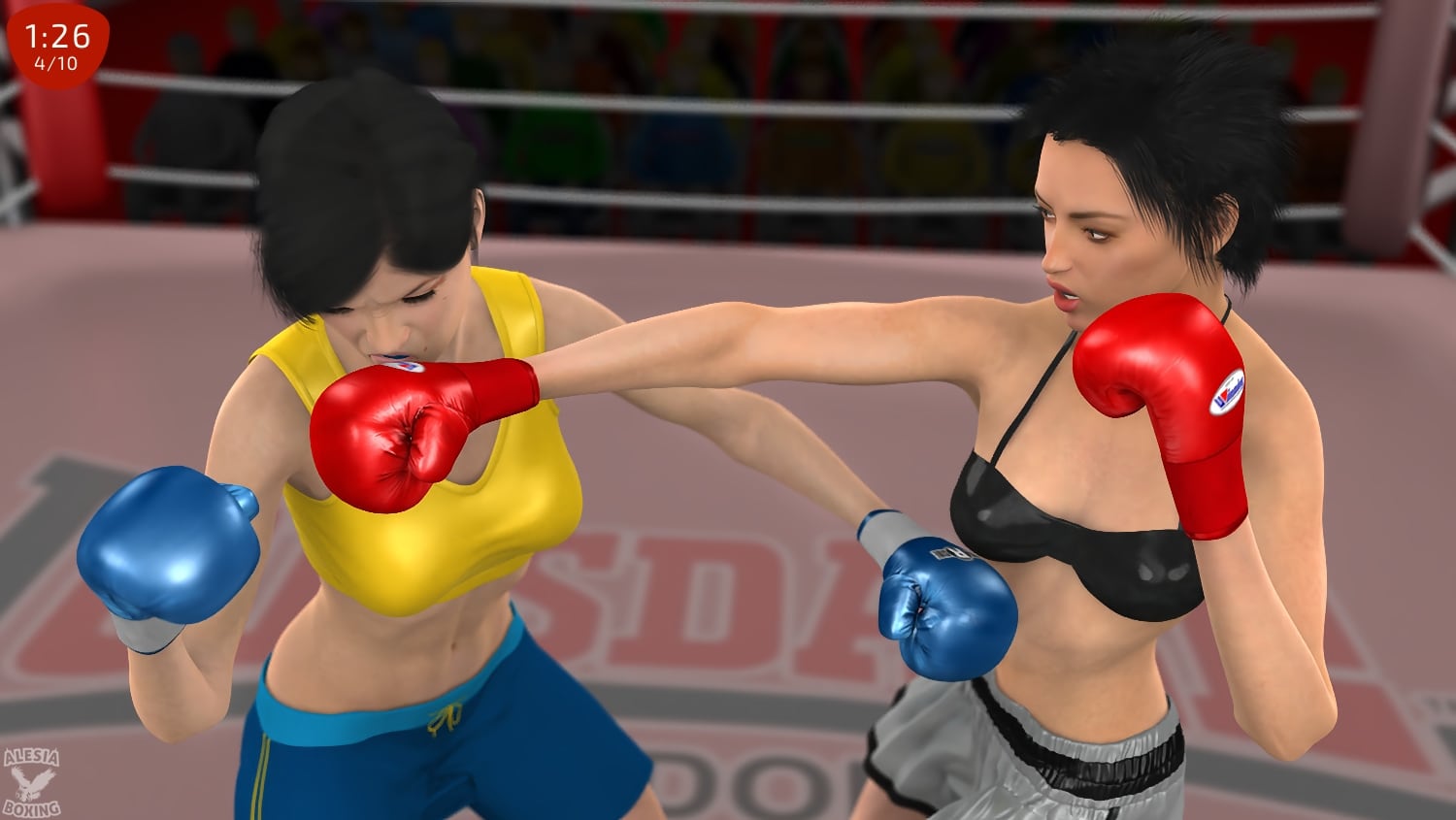 Encouraged to continue the fast, hard-hitting action at the break, Takara enjoys a very one-sided first minute in Round 5. Red leather is flying all over the place. The American is taking hard, clean shots and firing back but struggling to put ice blue leather on her opponent.

At 1:13, she looks to unload a right hand, but a massive left hook crashes against her cheek. The speed and power differential couldn’t be more obvious. 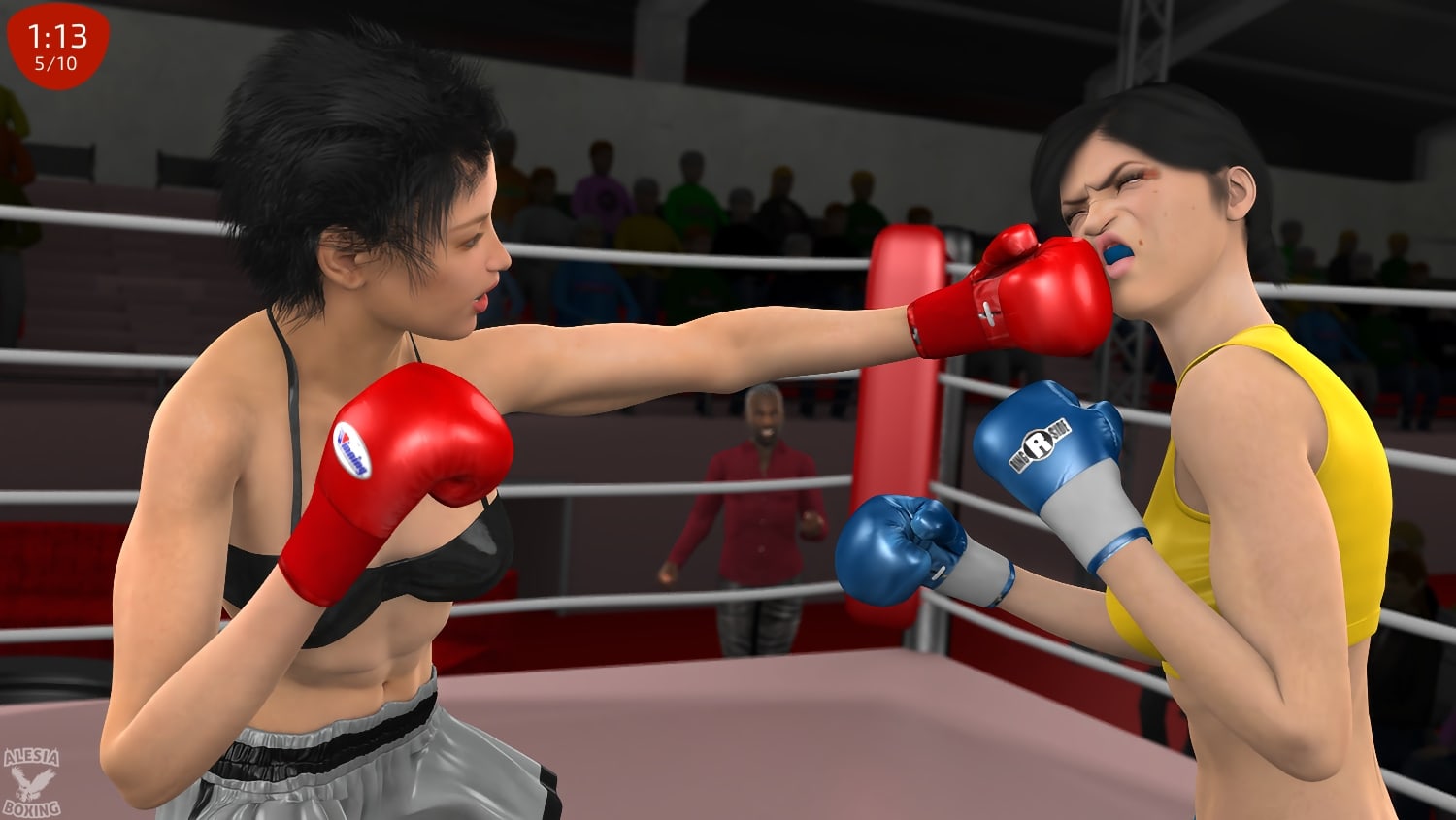 German referee Rebecca Linden isn’t the type who will let summer take a beating for too long. She steps in, shoves Takara away and stops the fight.

The American is very disappointed, but she doesn’t protest. “I failed. Wasn’t good enough.” 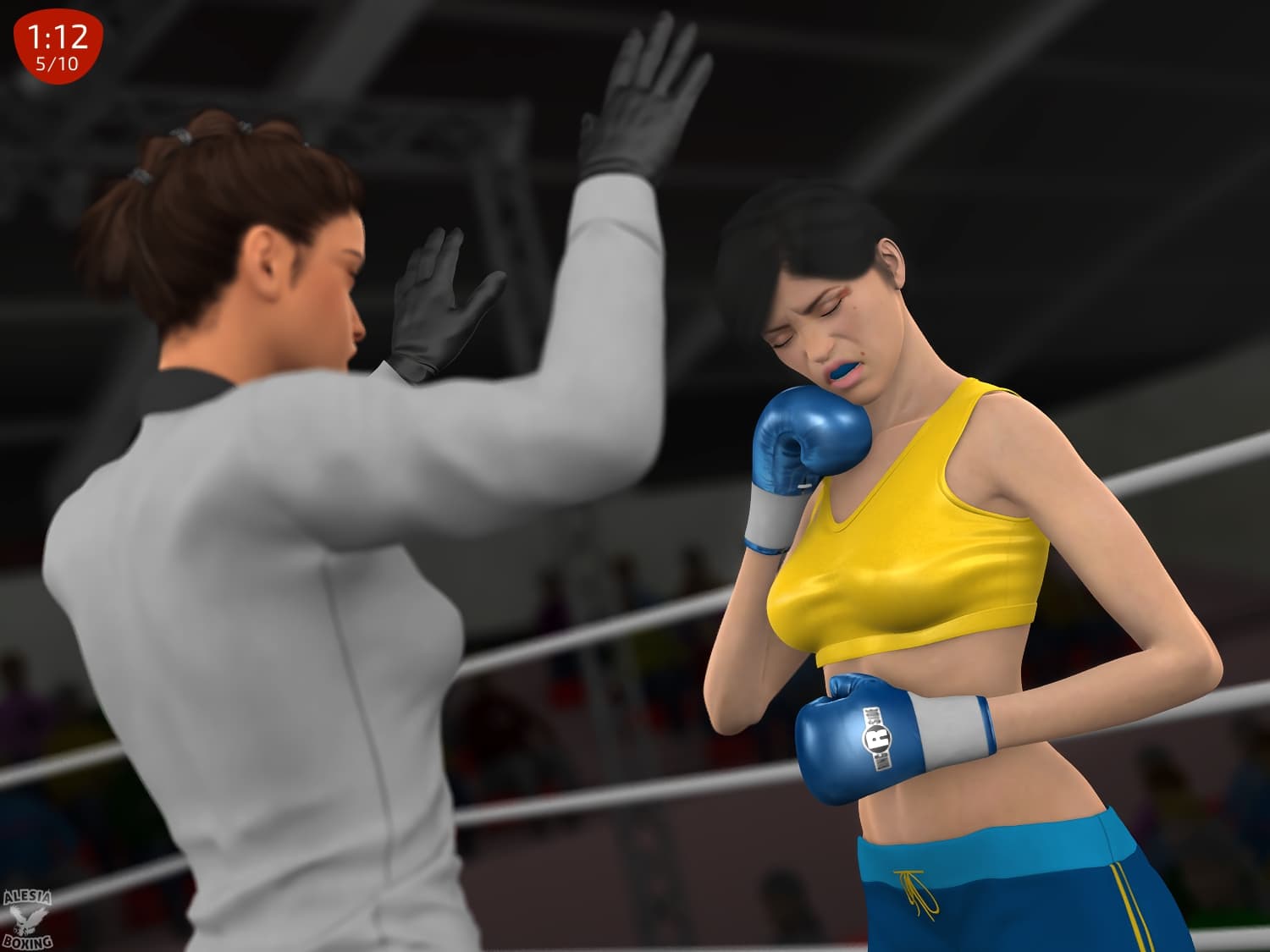 There we have it: it’s a technical knockout. Takara Oshima’s perfect record beefs up with a 14th win and 11th KO. The unstoppable Japanese has already adapted to the commands of a coach who wants her to be more methodical than in the past, and she looks more dangerous than ever. 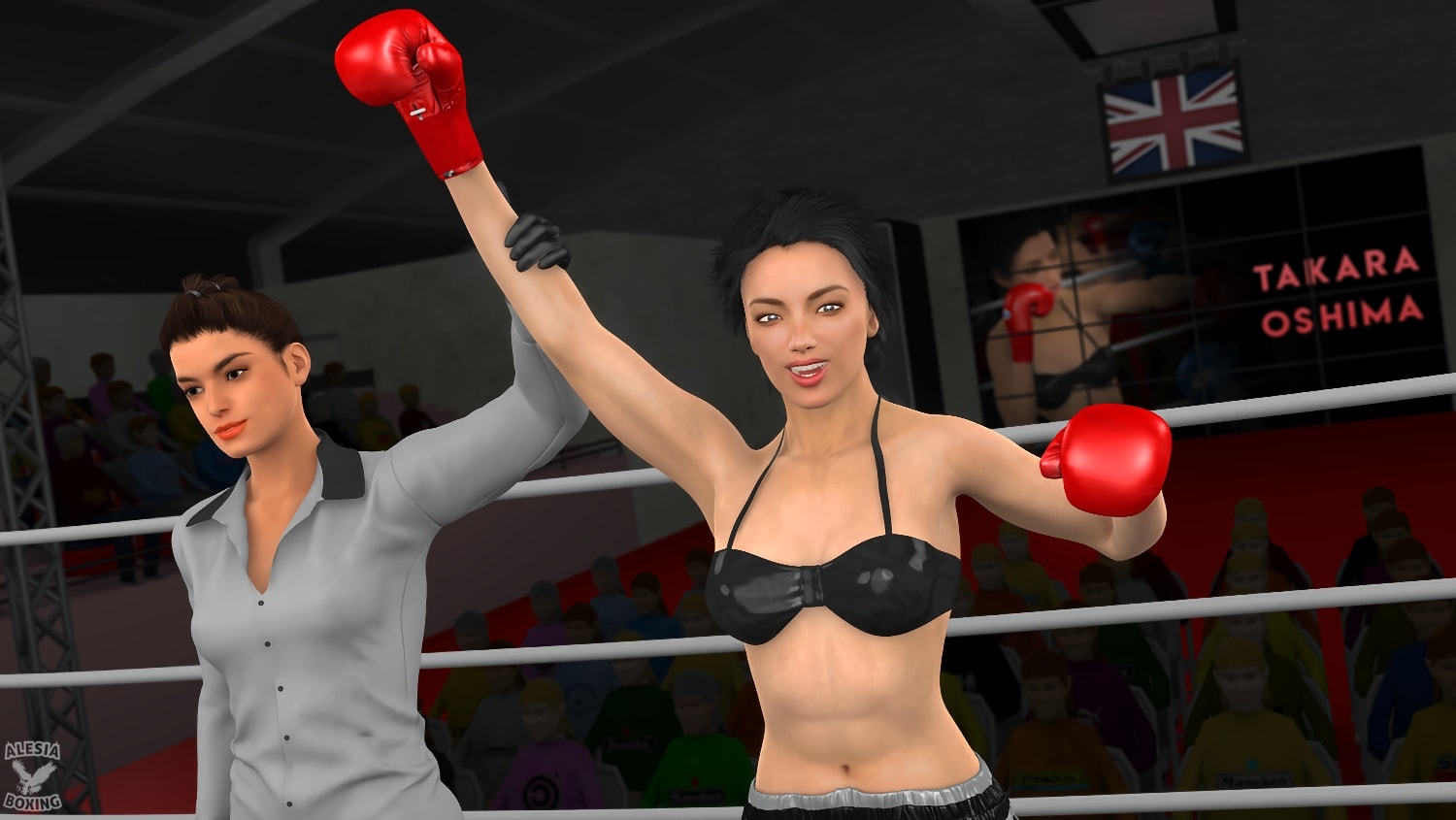 Takara thinks: “What a win. I want a title shot as soon as possible.” 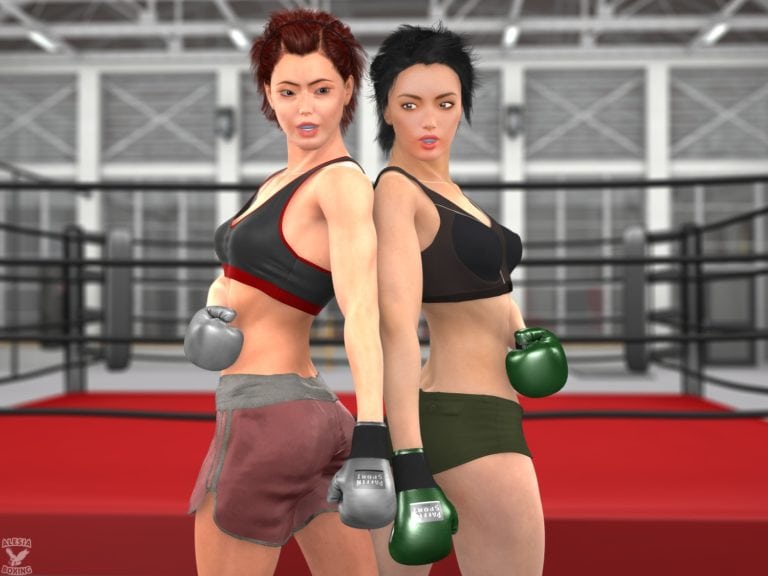 Zohana to defend title against Takara 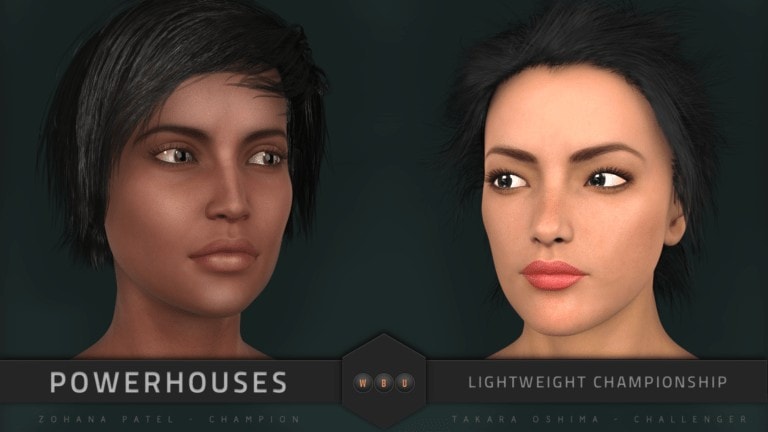