Detroit – We drop in at Matchroom 11, where Chelsea Carter once made her pro debut against Julie Marks. Her opponent this time? Julie, once again.

The rematch headlines a local fight card. The opponent and location were selected on purpose. When Mercedes Carter had to figure out who Chelsea should face after destroying Allison Felix, there were many options. Julie was only one of them and she was approached with care.

Chelsea: “Are you sure she’s right for me?”

Mercedes: “Only if ya ain’t thinkin’ pure revenge. That’s my concern right now. Ain’t gunna let ya fight her if ya gunna be foolish with a chip on yer shoulder.”

Chelsea: “Doesn’t matter who I fight next. Pick for me. I just want to build my record.”

A couple of days later, the coach lets her fighter know it’s going to be Julie, in the very venue where she lost her pro debut.

When it gets to fight night in early November, High Voltage keeps her mindset in the right place. She sees Marks as the woman she must beat to improve her record.

The action goes pretty well in the first three rounds. Chelsea has grown quickly since her first fight. She isn’t a naive light puncher anymore. There’s a lot more power in her hands, and she’s tactically a cut above Power Cube. She gives her the business with one adjustment. When she isn’t throwing straight shots at a distance, she loads up for powerful hooks. The speed, smarts and vastly improved technique give Julie more a professional leather sampling. 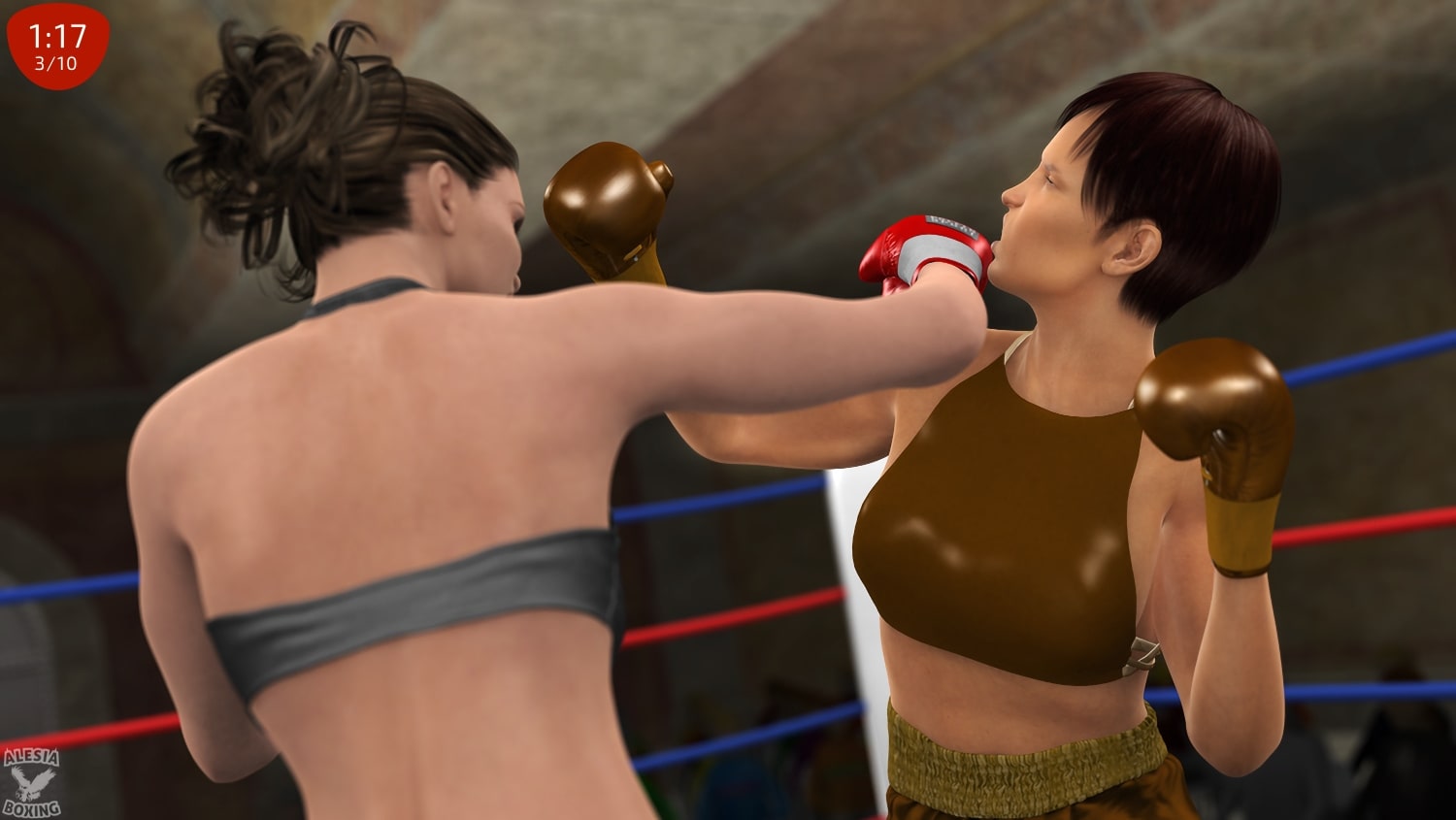 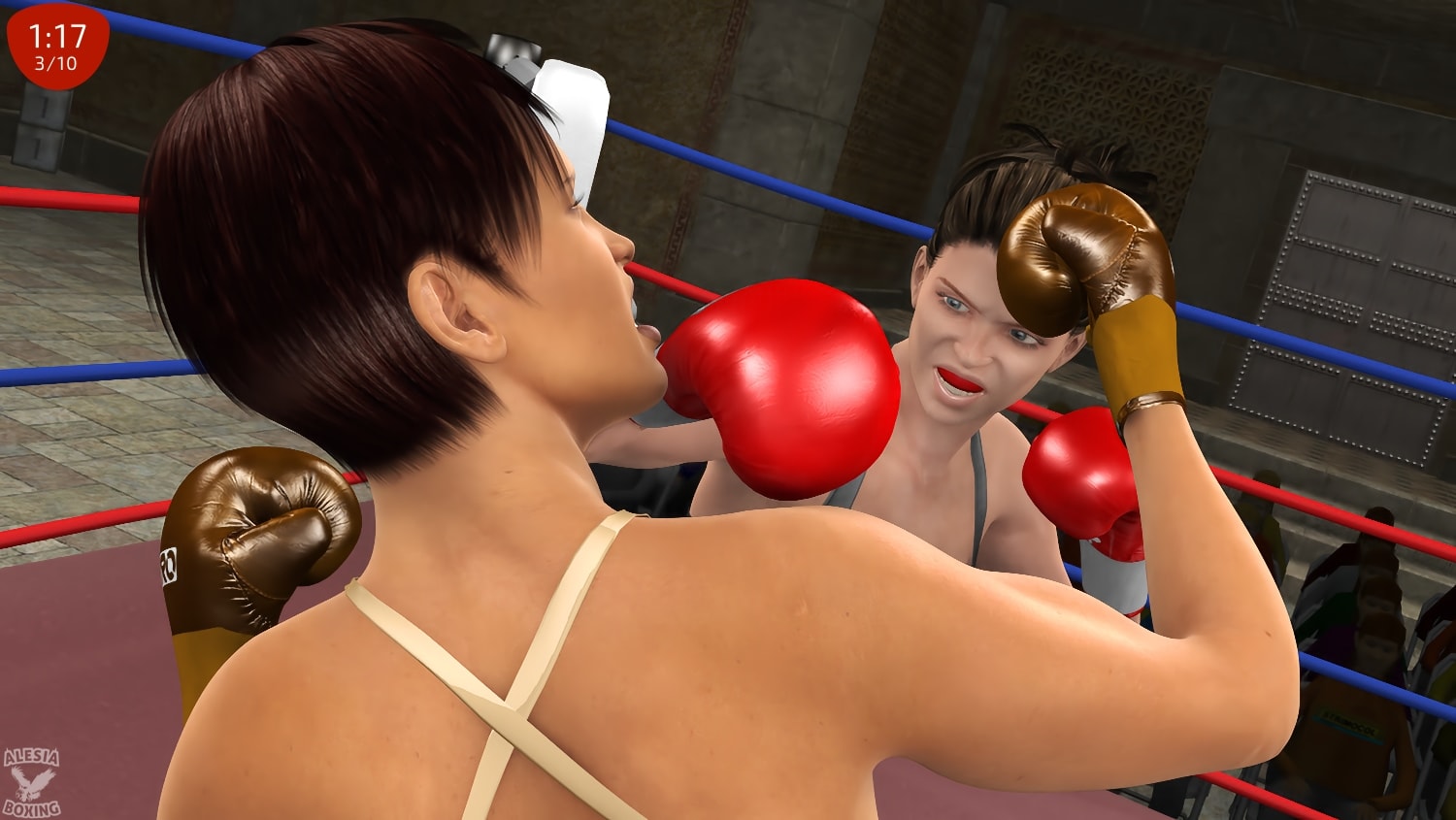 Julie is getting outboxed, outsmarted and thumped for the entire fight, but she never looks “ready to go”. At times, she even drops her hands and lets Chelsea crack her stone chin with free shots until the ref orders her to protect herself. Just to show that she can take High Voltage’s barrage of red leather without flinching.

The only moment when Julie is hurt is in the 10th and final round. She is looking to throw a right hook but Chelsea steps inside to throw her most powerful shot, the left hook from a low angle. PISH!

Julie is hurt and her face is partly covered by the wounds inflicted by Chelsea’s gloves. Nevertheless, she holds on to make the final bell – you get the pun?

The decision is a unanimous 100-90 for Chelsea, whose record improves to 4 wins (2 KO) and one loss. She outclassed the only girl who defeated her since joining the pro ranks.

Chelsea: “I wasn’t obsessed with her, but giving her a beating was still fun.” 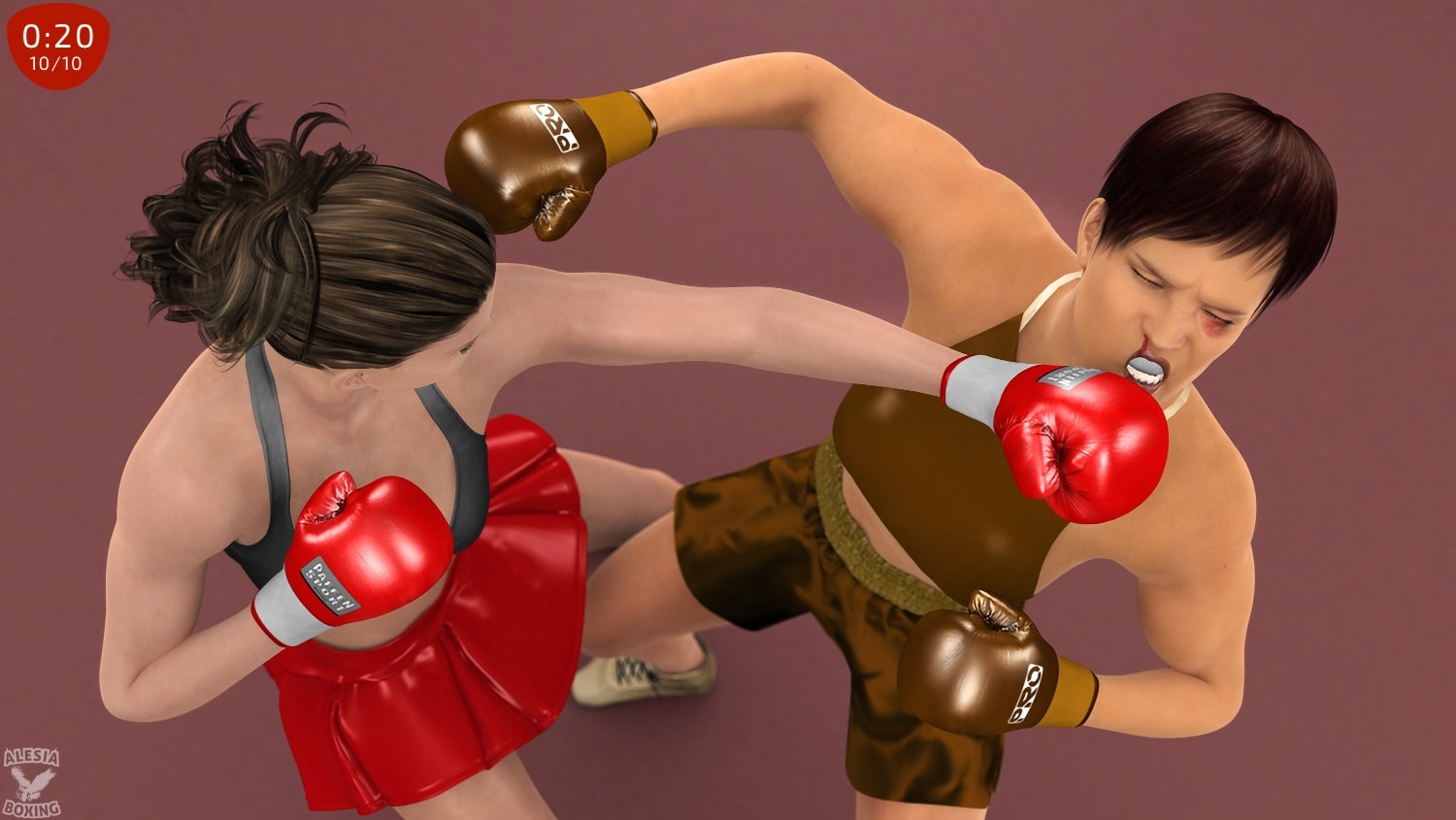 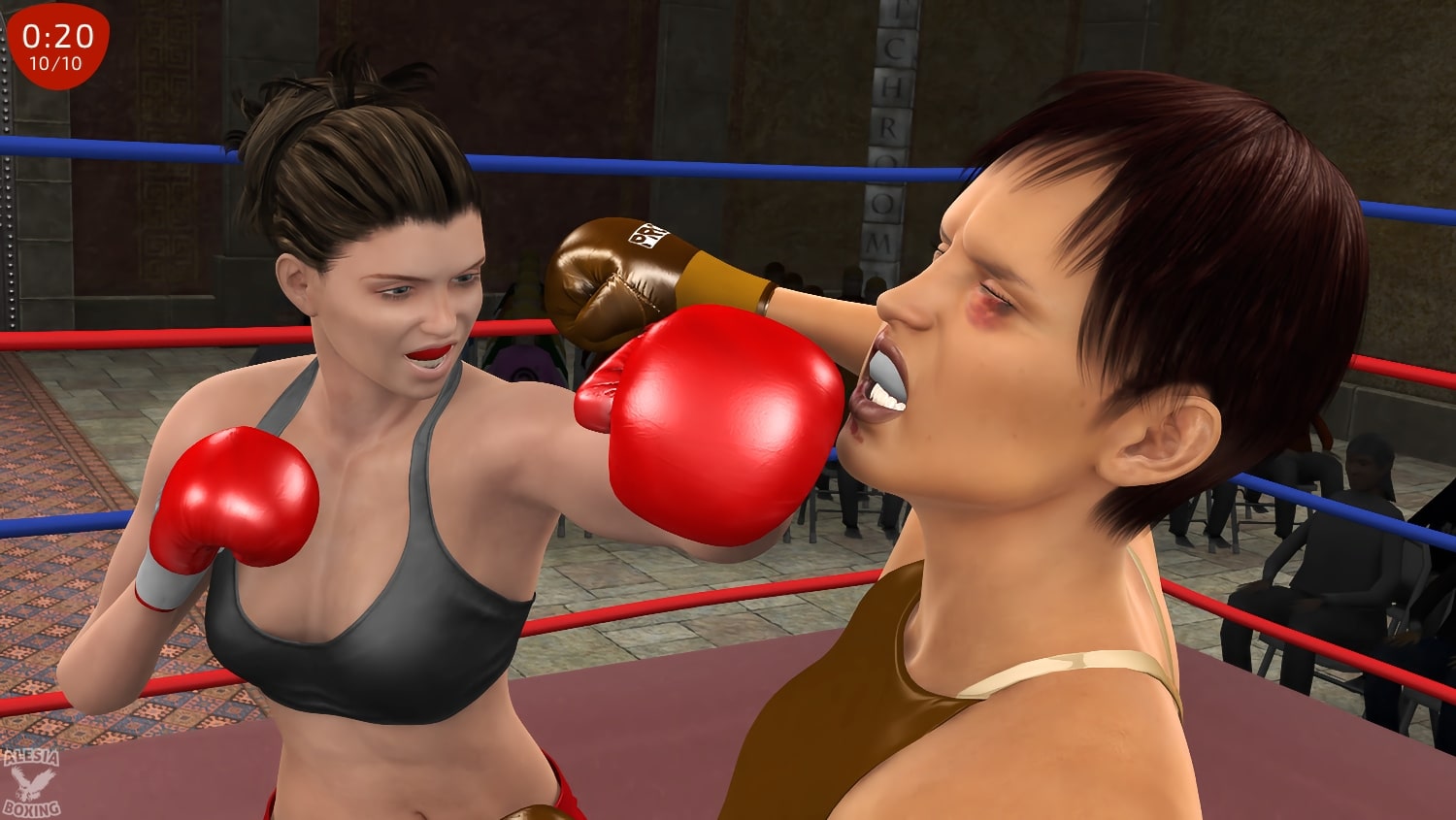 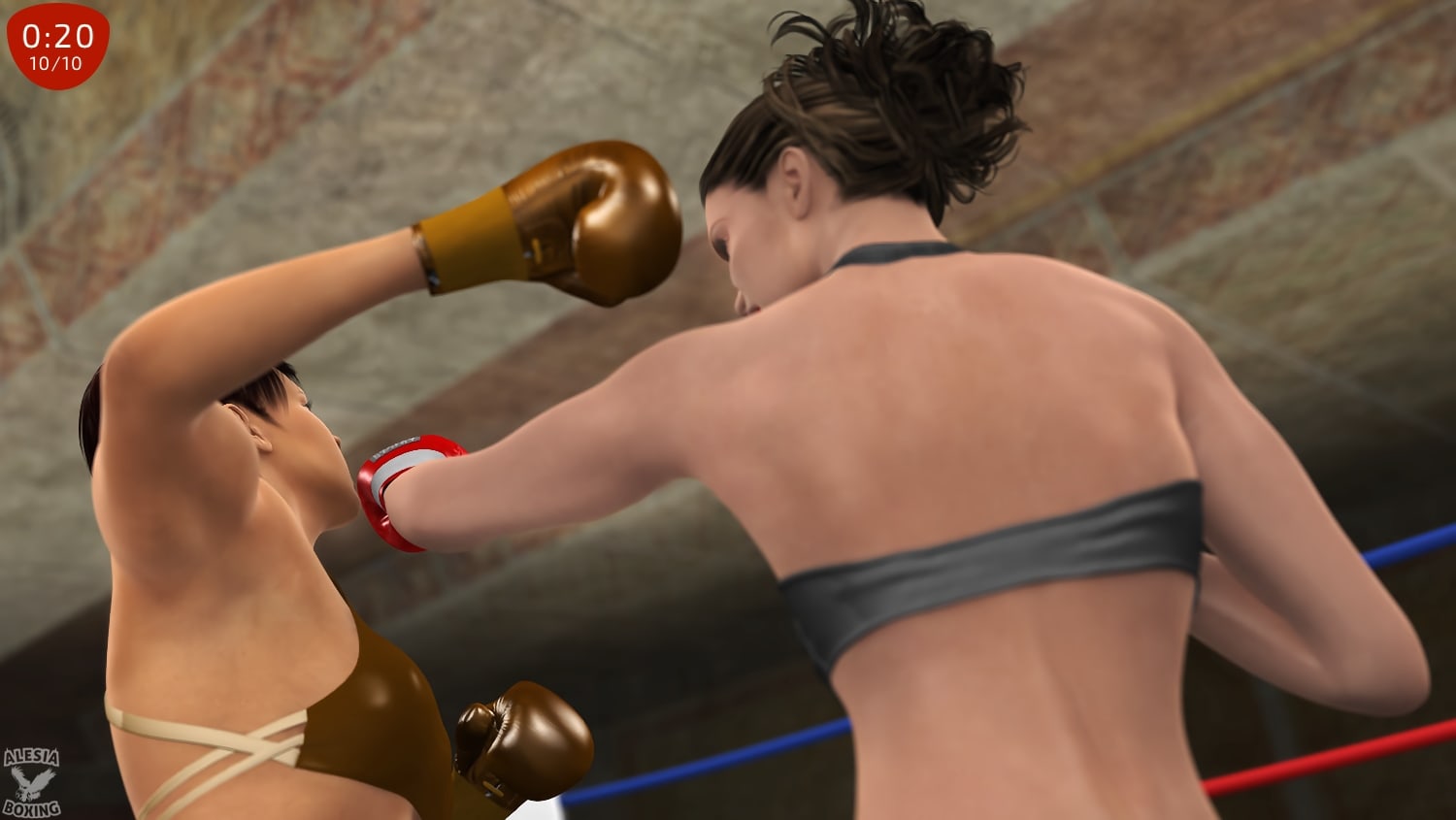 The next fight comes faster than expected. A fight card took place in Chicago and Ring Kings were looking for a couple of bouts to add to the undercard. A young fighter called Diane Jones was available, and Mercedes got a call on short notice.

Chelsea: “Another fight in just three weeks? Are you sure?”

Mercedes: “Dat chick ain’t nuthin’ special, pork chop. She be 1-7. I know I’m bein’ cynical, but this is straight record padding to give ya another knockout. We need dat to build the hype and have fun footage to show.”

Chelsea: “Really? A sparring partner who was there to get hit. Now an opponent…”

The cousin’s promise was very accurate. Diane turns out to be a bit small and vastly inferior. She has little appetite to put up much of a fight after eating a couple of power punches in the first round.

Chelsea has all the freedom to do whatever she likes to Diane, who is almost waiting to be blasted into orbit. The San Francisco native obliges in the third round. The girl in blue comes in with a weak right to the body, prompting Chelsea to fire her signature left hook from below. KAPOW! 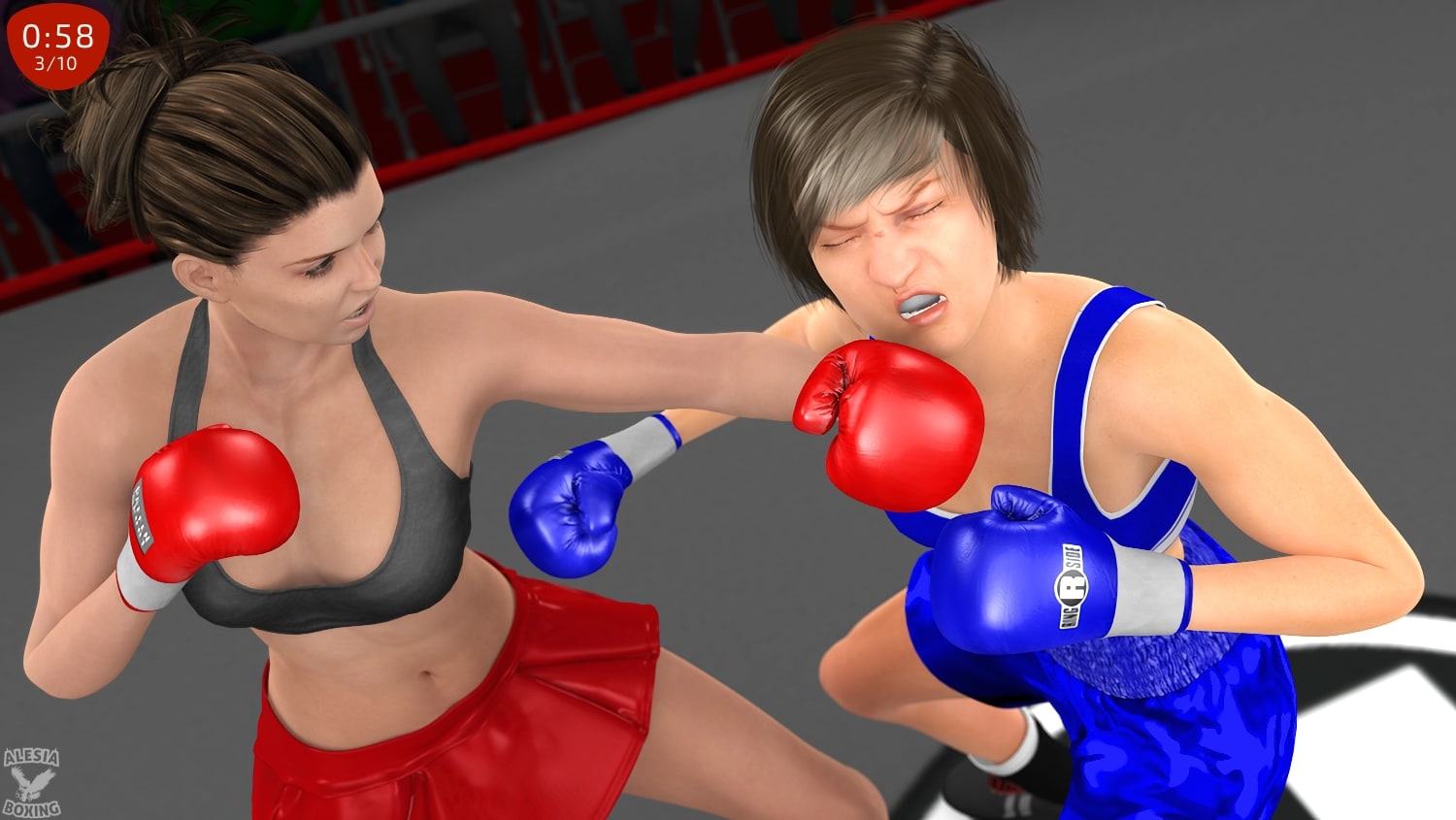 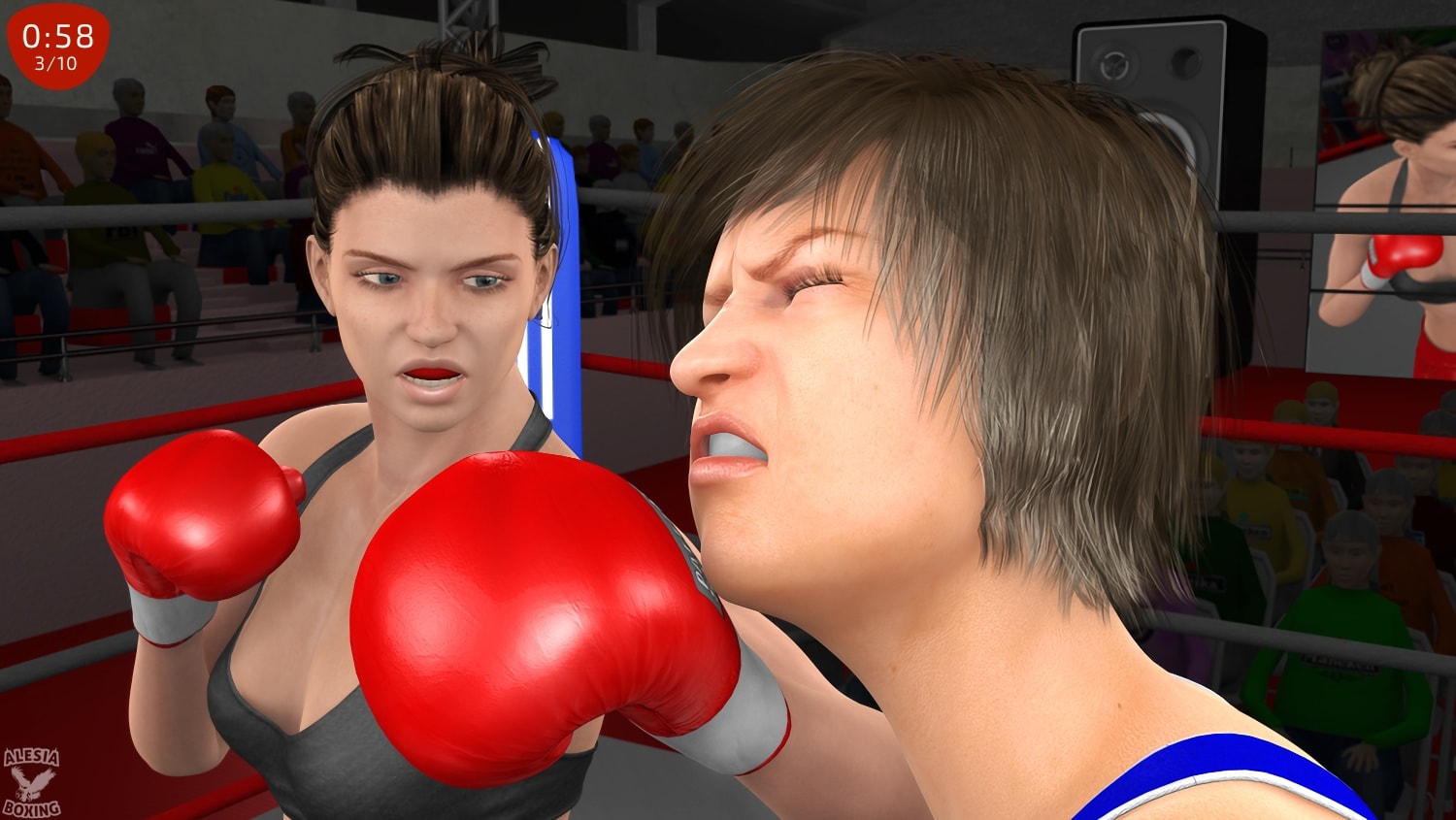 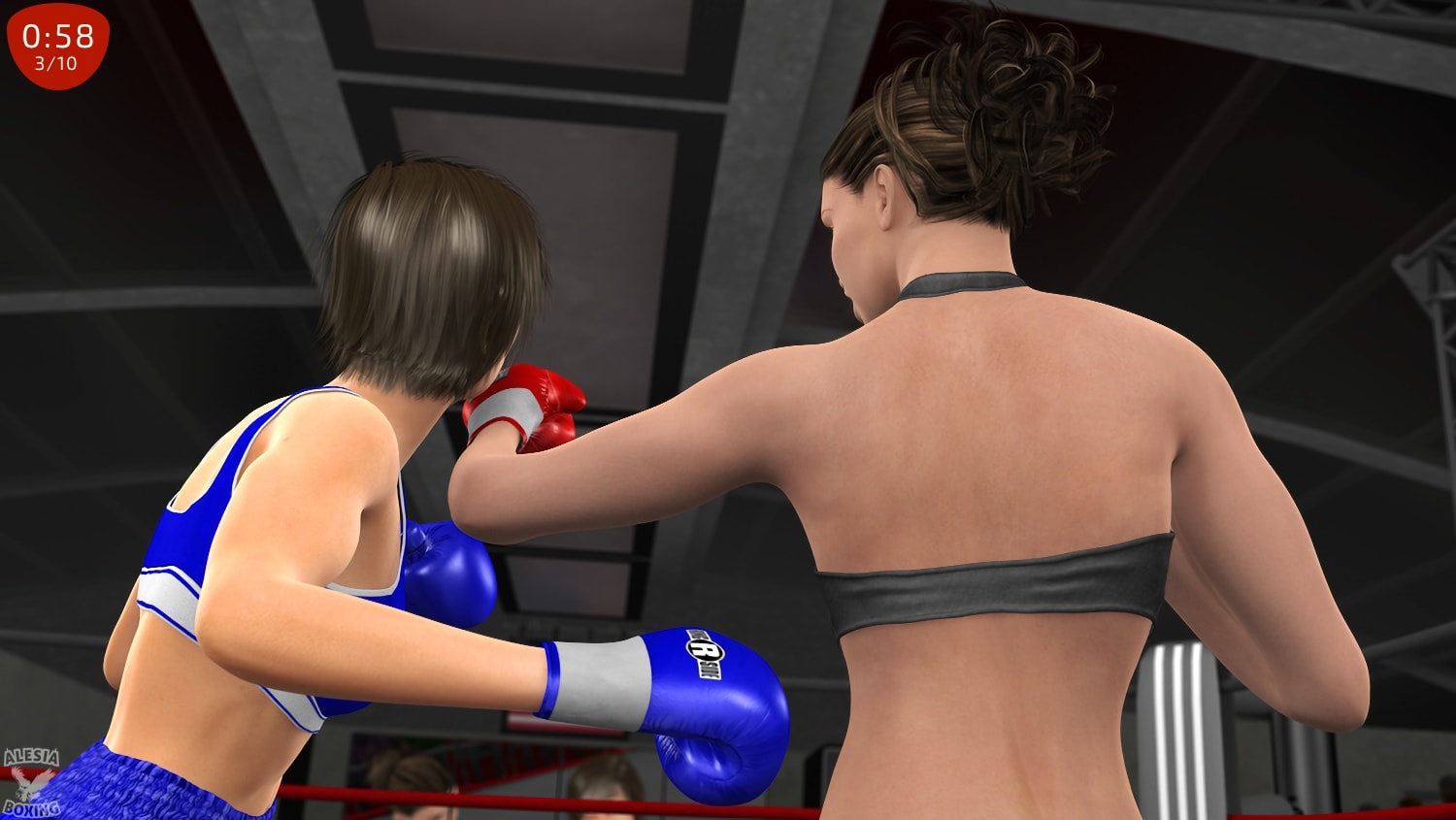 Diane falls back and her hands drop. Chelsea springs forward with a short, explosive right as a follow-up. It makes a satisfyingly loud PISH sound as the middle of the poor girl’s face absorbs all the power in High Voltage’s red glove. Punches don’t get cleaner than that. 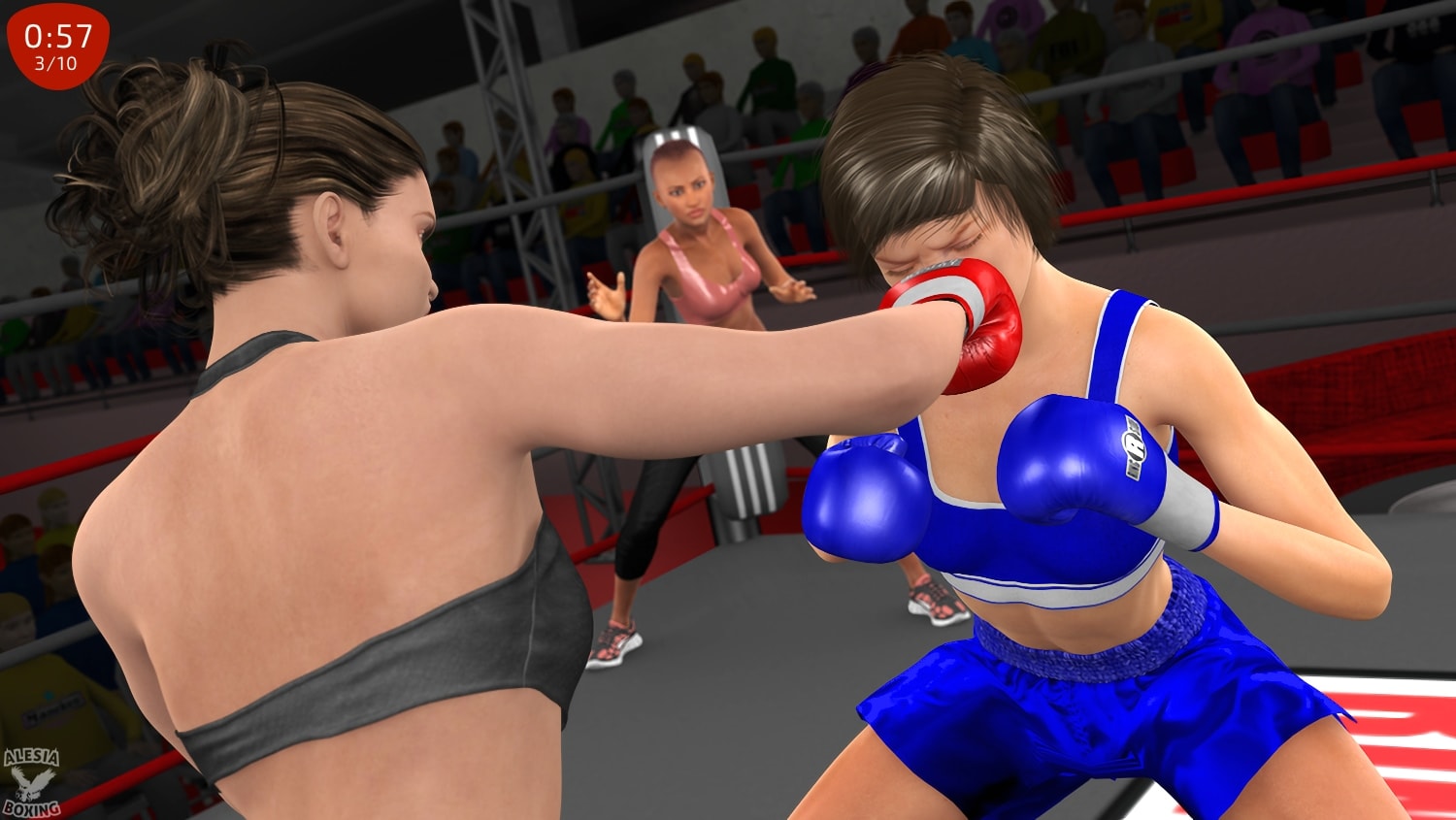 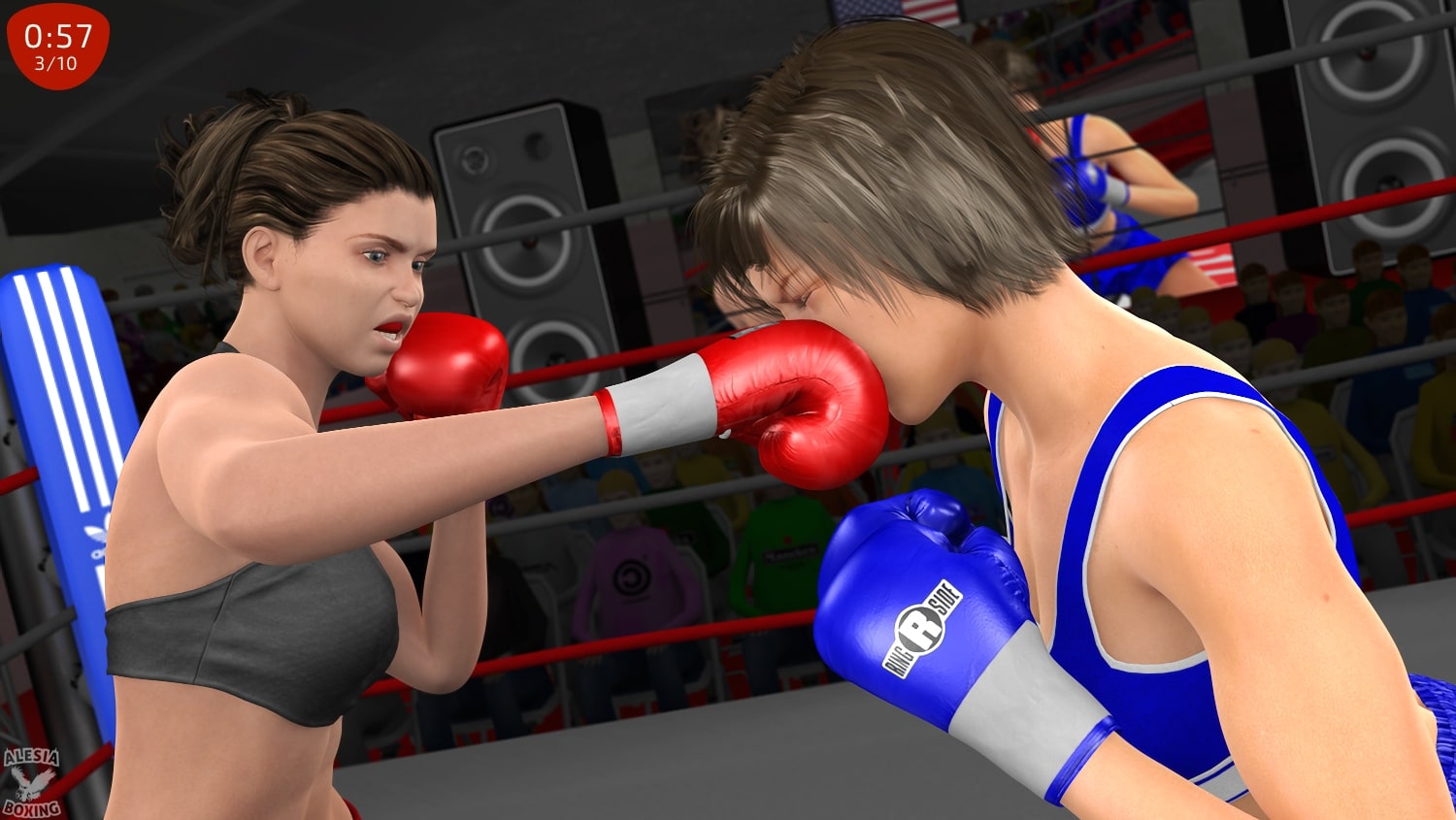 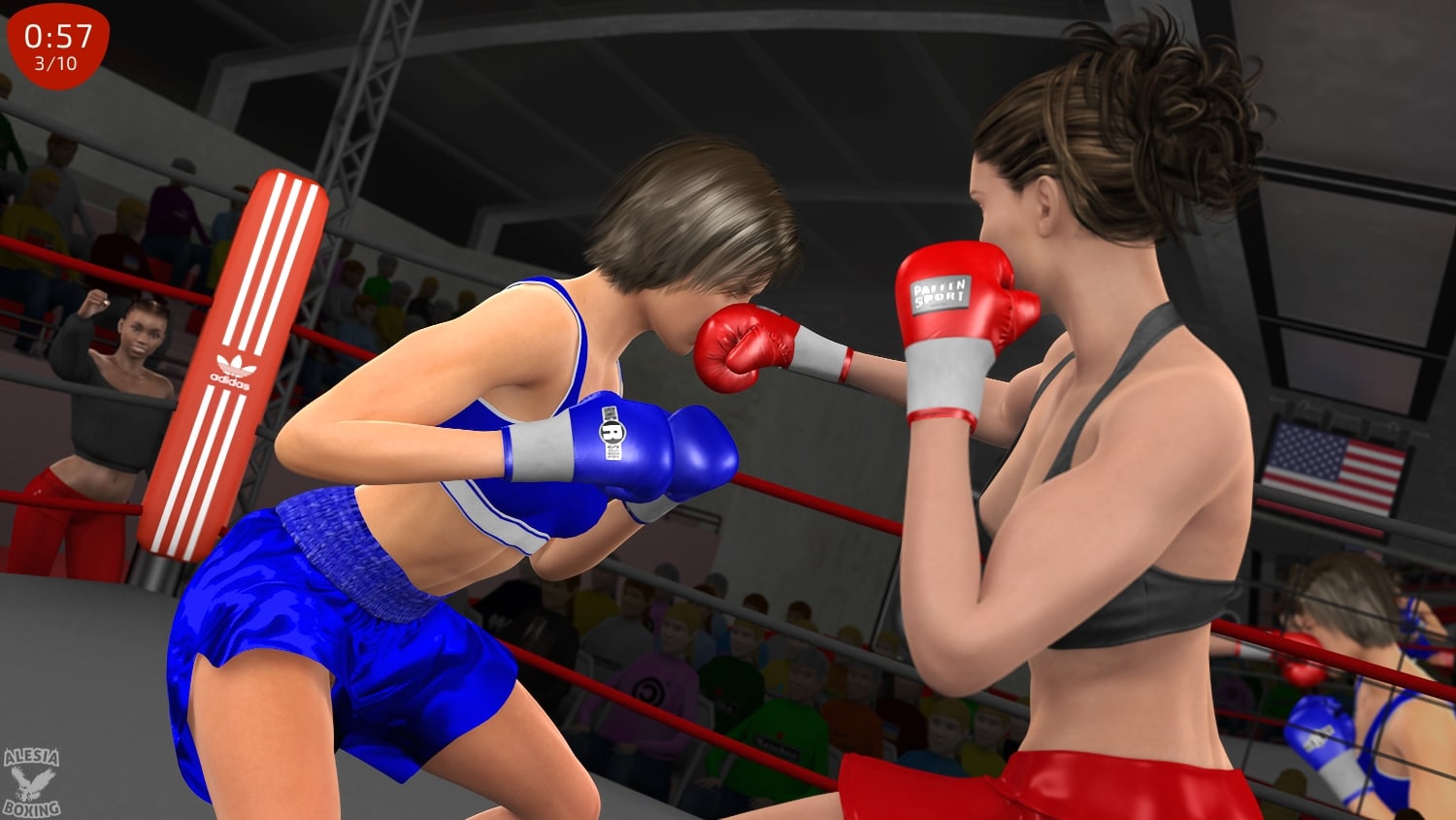 A crushed Diane falls straight on her back, and the referee declares it an instant knockout. Chelsea herself isn’t too impressed, so her celebration is rather conservative in comparison with previous occasions. 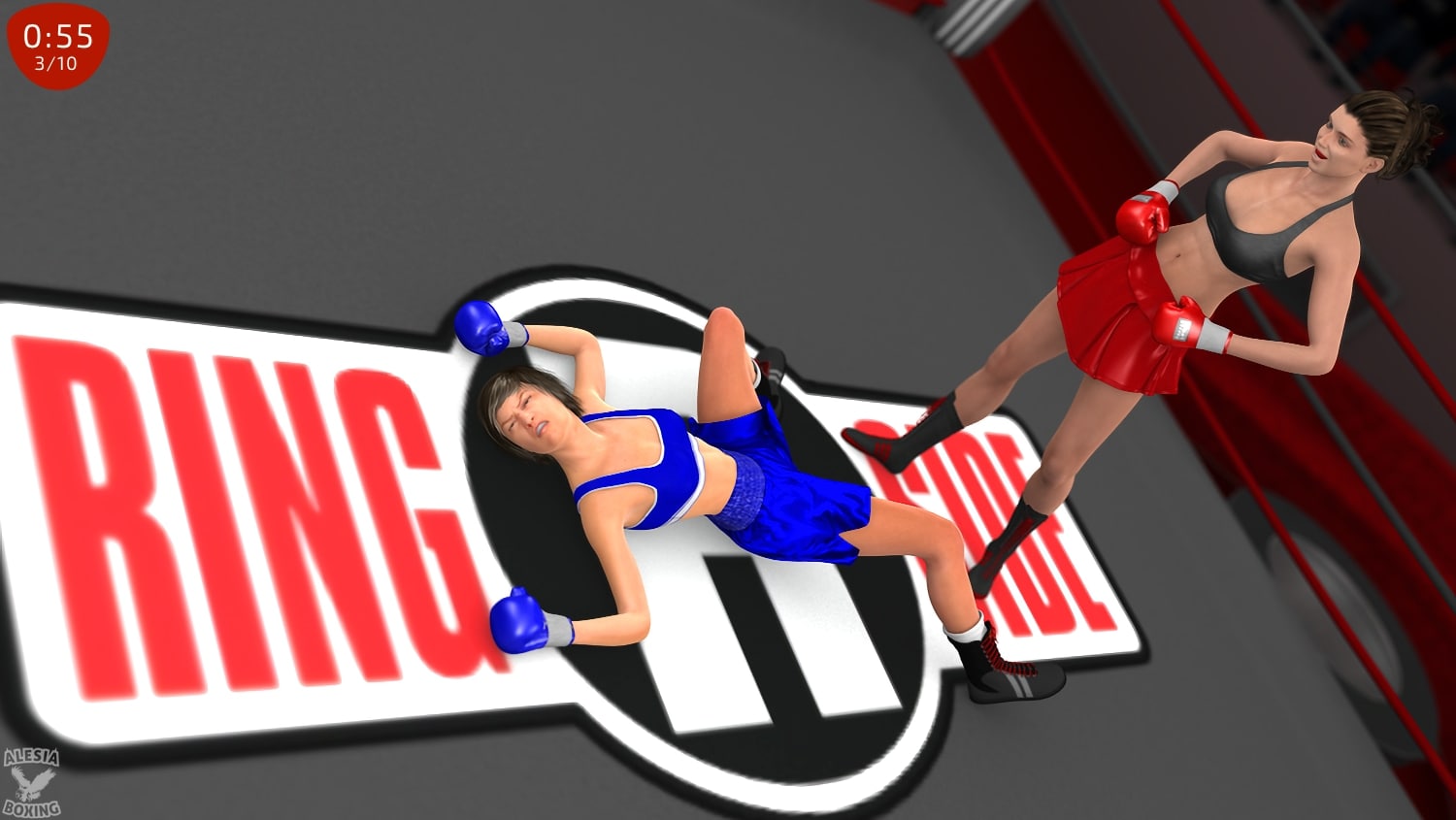 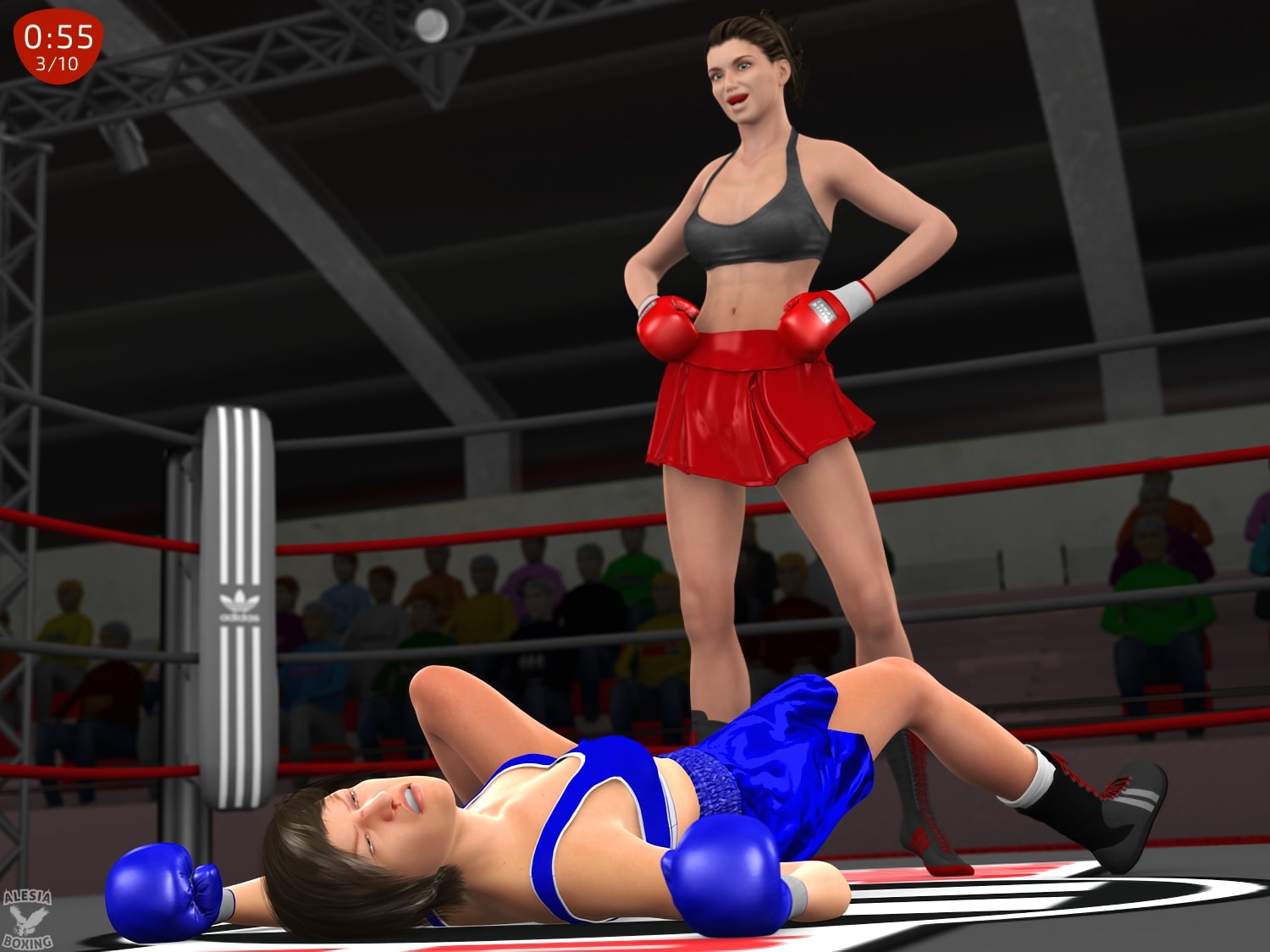 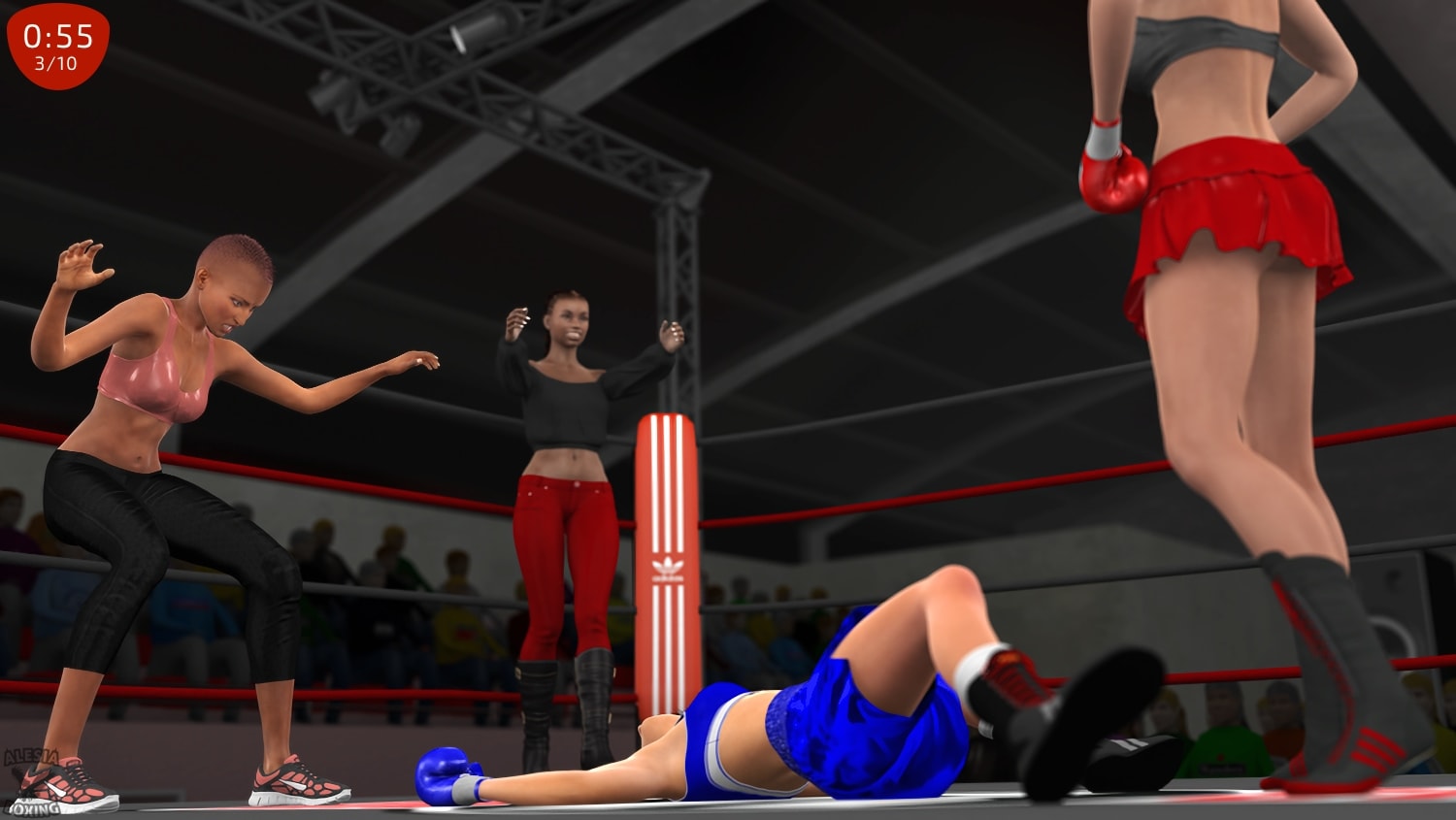 Pork chop’s record gets another bump to 5-1 after scoring her third knockout.

Chelsea: “That was a little easy. She didn’t try all that hard.”

Mercedes: “Told ya. Just a little workout to get a KO. Successful pros have those fights, yanno. To be a top dog, ya gotta shred a few chihuahuas.”

Chelsea: “Alesia doesn’t do that.”

Mercedes: “She ain’t normal, dat’s why.”

They have a giggle. 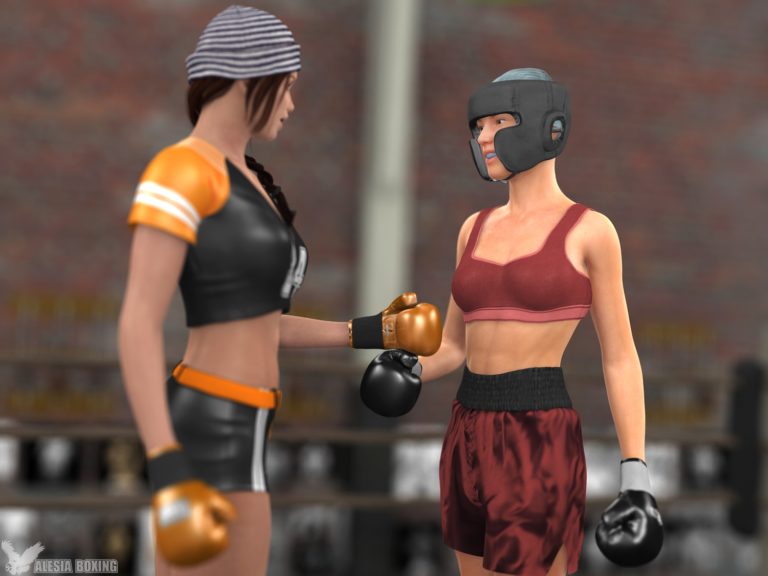 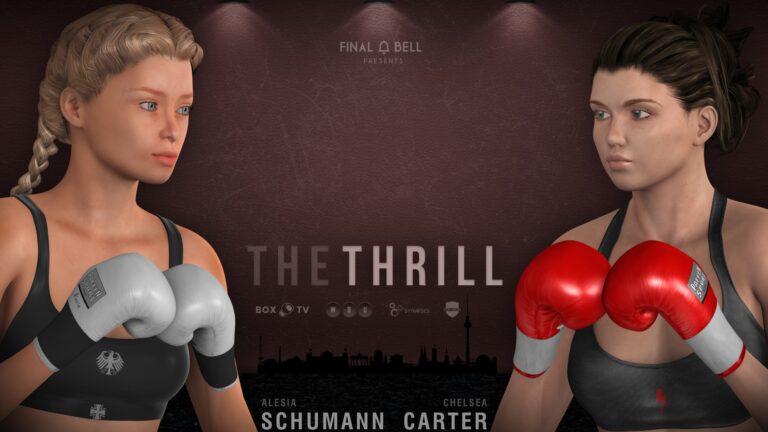