Final Bell Boxing announces that Melanie Spitzer and Anna Schwartz will fight for the German Super Lightweight championship in January 2021 at the Sport Palace in Dresden.

The contest mandated by the German Boxing Federation will feature 10 rounds of three minutes each for the belt vacated by Alesia Schumann last summer. The camps have agreed for Rebecca Linden to referee this bout. 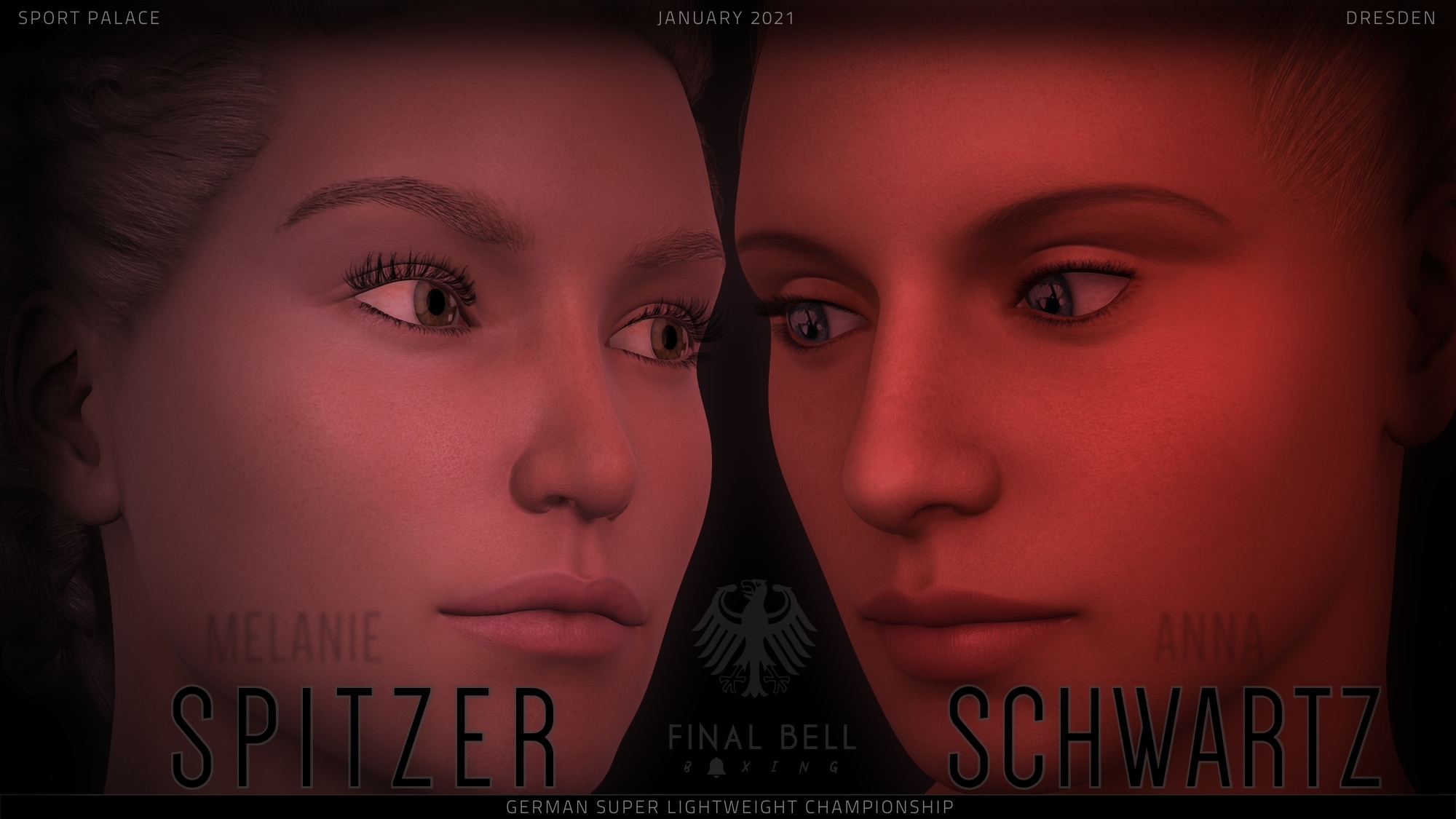 Aged 28, Melanie “Hand Grenades” Spitzer was named number one contender and mandatory challenger months ago after a landmark knockout scored against Lena Löw. From Magdeburg, the puncher has 6 wins and 2 losses on record, with all her wins coming by way of knockout.

“There can only be one German champion and I regret to tell Anna that she doesn’t stand a chance against me, says Spitzer. I know that she’s durable, but I’ll beat her into submission.”

Anna “The Ice Queen” Schwartz is 30 years old and the number two contender to the title. Her record stands at 15 wins, 6 losses, with six KO victories. The Berliner and part-time TV broadcaster is coached by Maxim Weiss.

“Melanie can run her mouth as much as she wants, and I’ll shut her up in the ring, says Schwartz. I’ll talk with my fists and she’ll find out that I have a talent for communication.”

Tickets will range from €80 to €150, to be used exclusively with the Final Bell mobile app.

A durable boxer with a dark past. She is a top contender for the German Super Lightweight title and broadcaster in her free time.