Today, we do a little time travel.

We restore a win in Alesia Schumann’s storyline to make up for the loss of a story in the past.

A couple of years ago, I published a full sequence that made Alesia win against a Mexican puncher. It was a great story, but relations with the creator of that character unfortunately soured. As it did at the time, it feels like marking a separation between universes is the correct call. However, it left a hole in my character’s timeline. As I did with the loss to Zohana Patel, it’s time to patch a hole to make my Diva’s record complete at 12-3.

We go to the Circus Krone in Munich on March 16, 2019. Alesia has a fight set up with Selena Martinez, a Mexican puncher with seven straight knockout wins on record. She is undefeated and looks unbeatable, but she is about to face someone who doesn’t fear her.

Selena has a very strong start. Confident and powerful, she gives the Diva the business in the first couple of rounds. The Mexican uses her power to corner and punish the German at will. It looks bad for the Teutonic queen. 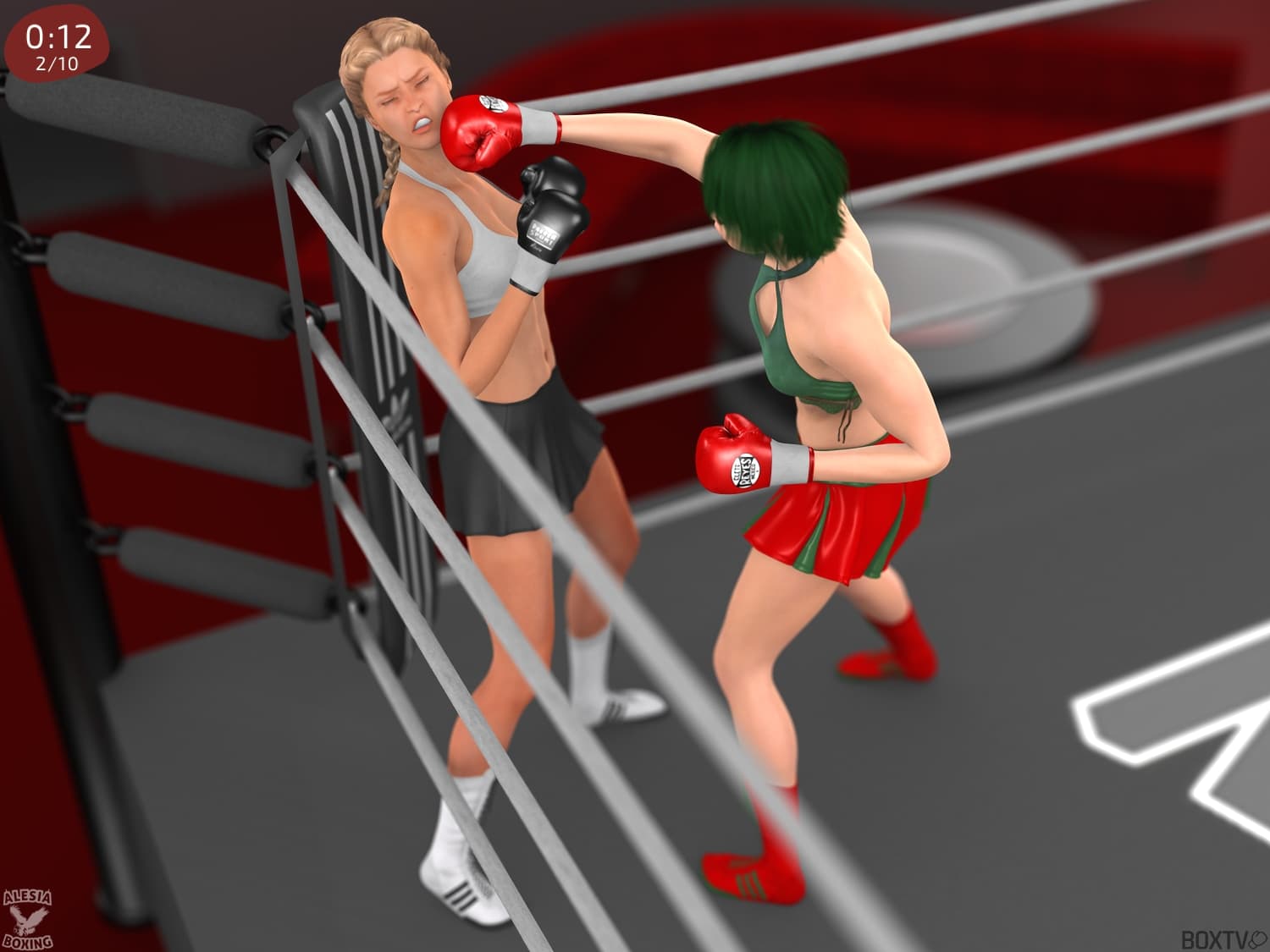 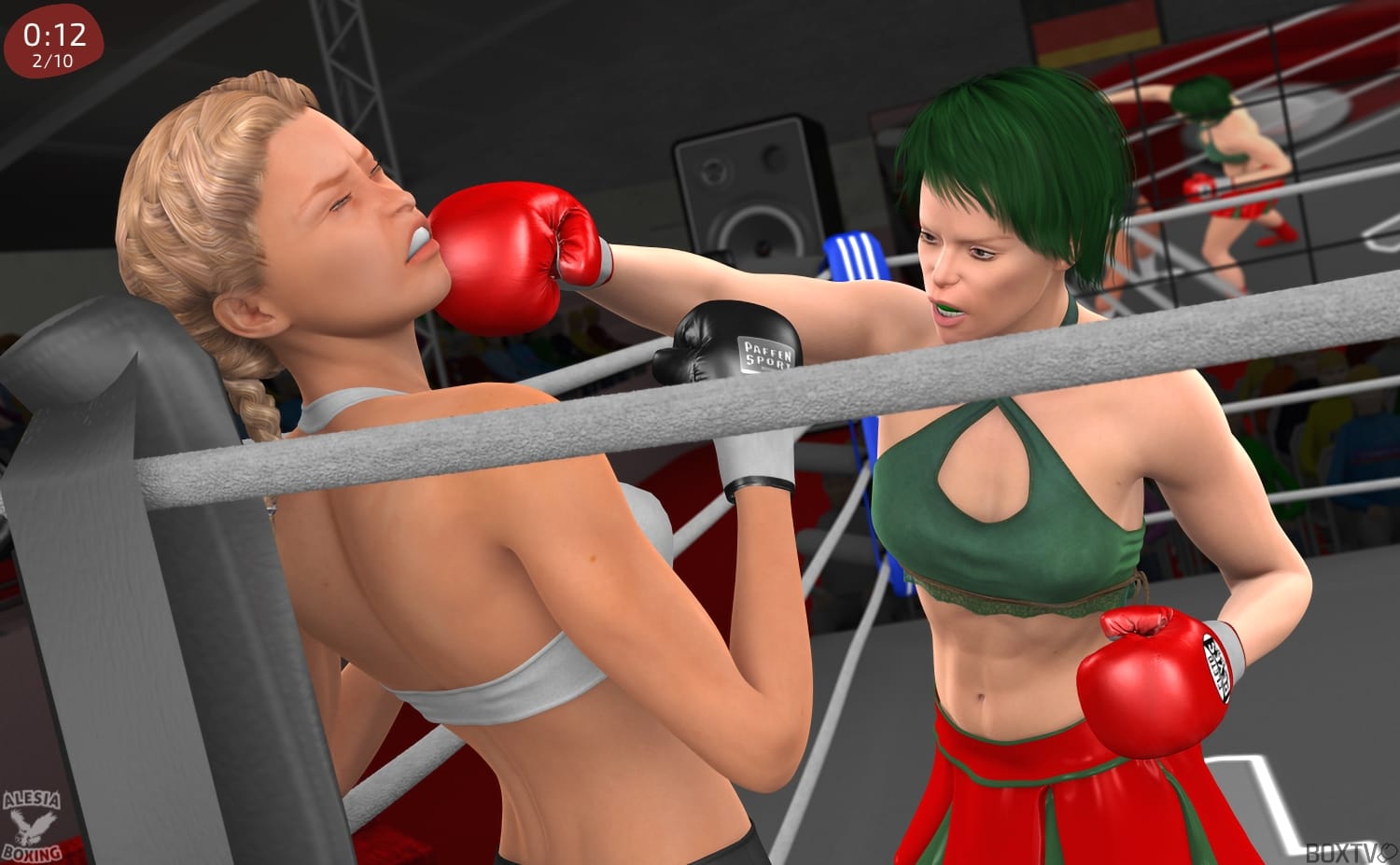 Alesia shows her courage after taking an early beating. Although very powerful, the Mexican finds out that her opponent is unwilling to back down in front of stern opposition. The blonde starts carrying rounds in the most difficult fight in her career. 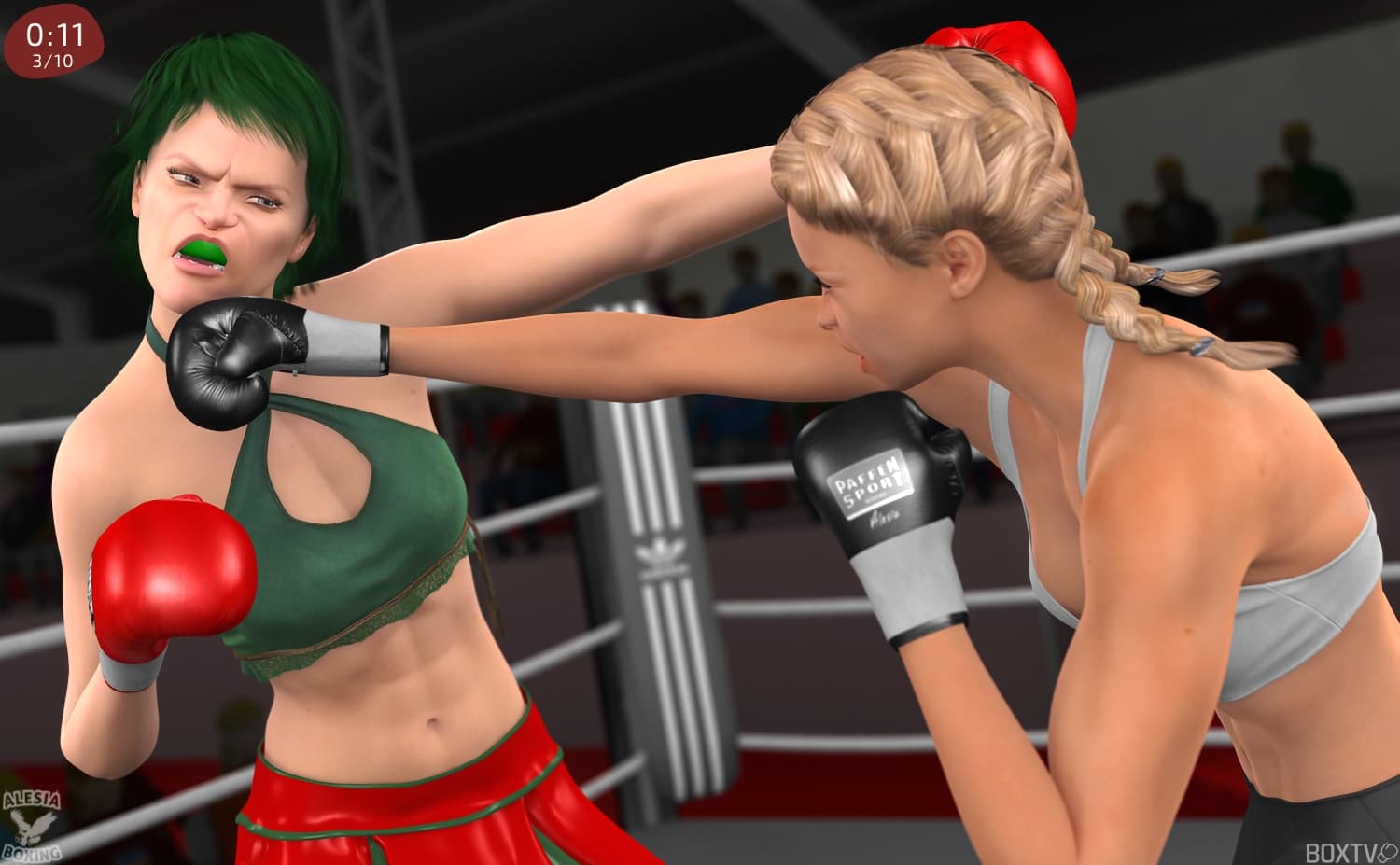 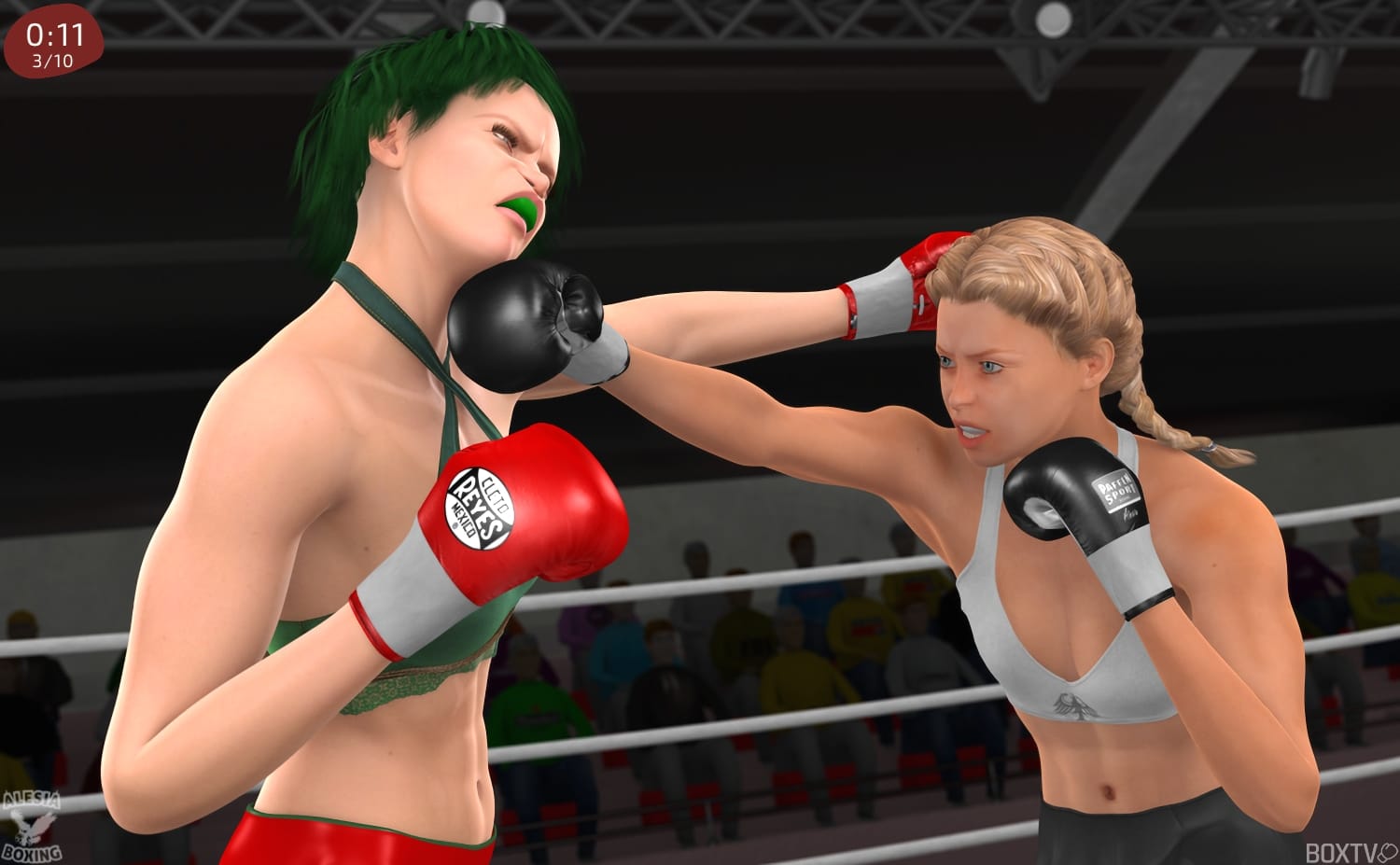 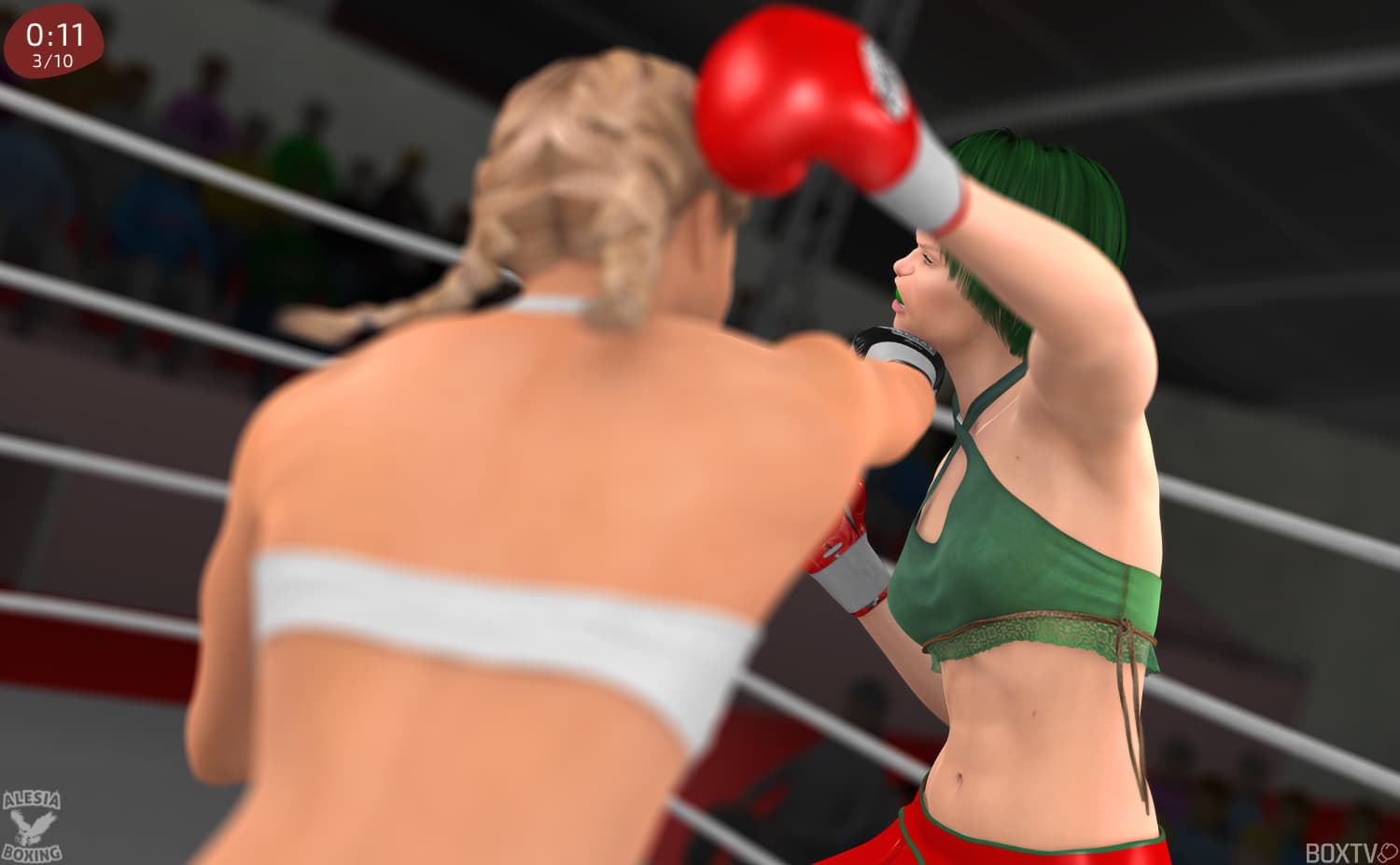 Almost evenly matched, the two women battle hard for five rounds. Conscious that her opponent could pull the rug under her, Selena is very aggressive in Round 6. She lands one of the most powerful punches of her career when she counters a straight right to the body with huge left hook to the chin.

This punch hurts. Alesia feels it down to her toes. 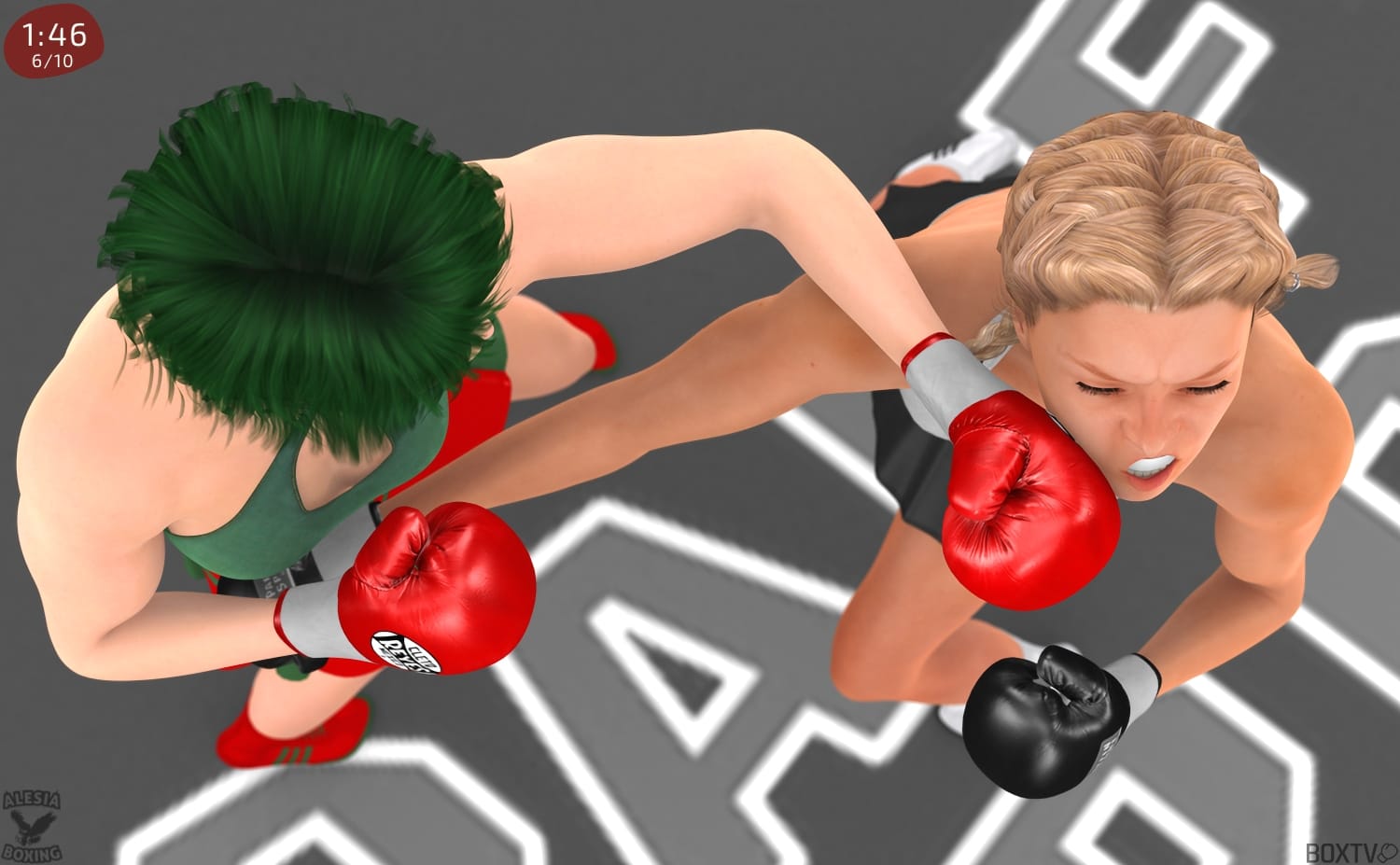 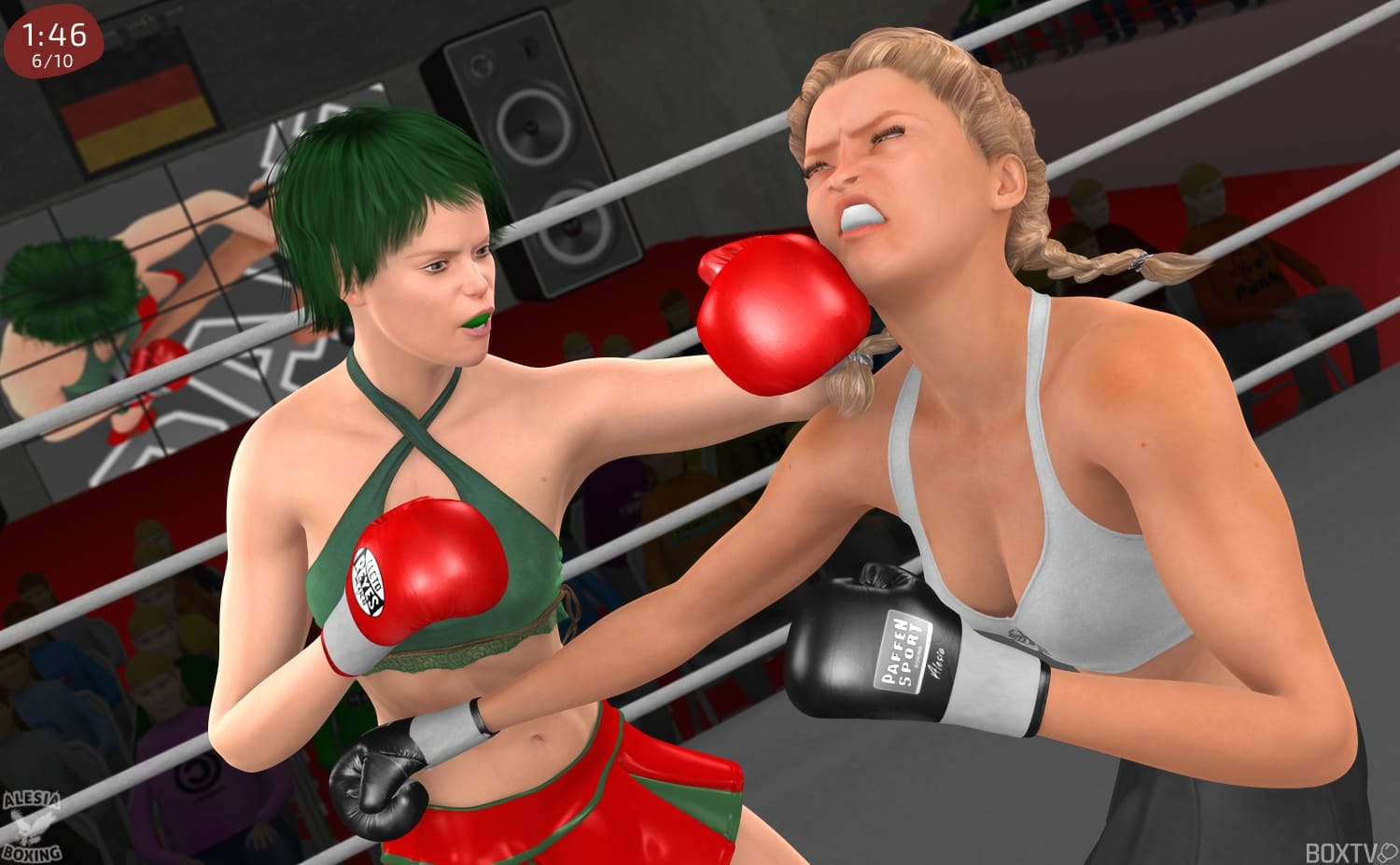 It’s not enough, though. Quitting and boxing don’t go hand in hand. Alesia digs trenches and works defensively to deny her opponent the pleasure of a knockout. She makes herself elusive as she figures out how the Mexican moves. Punches that used to land meet nothing but air. Dismantling the opposition through moves that don’t work out anymore. 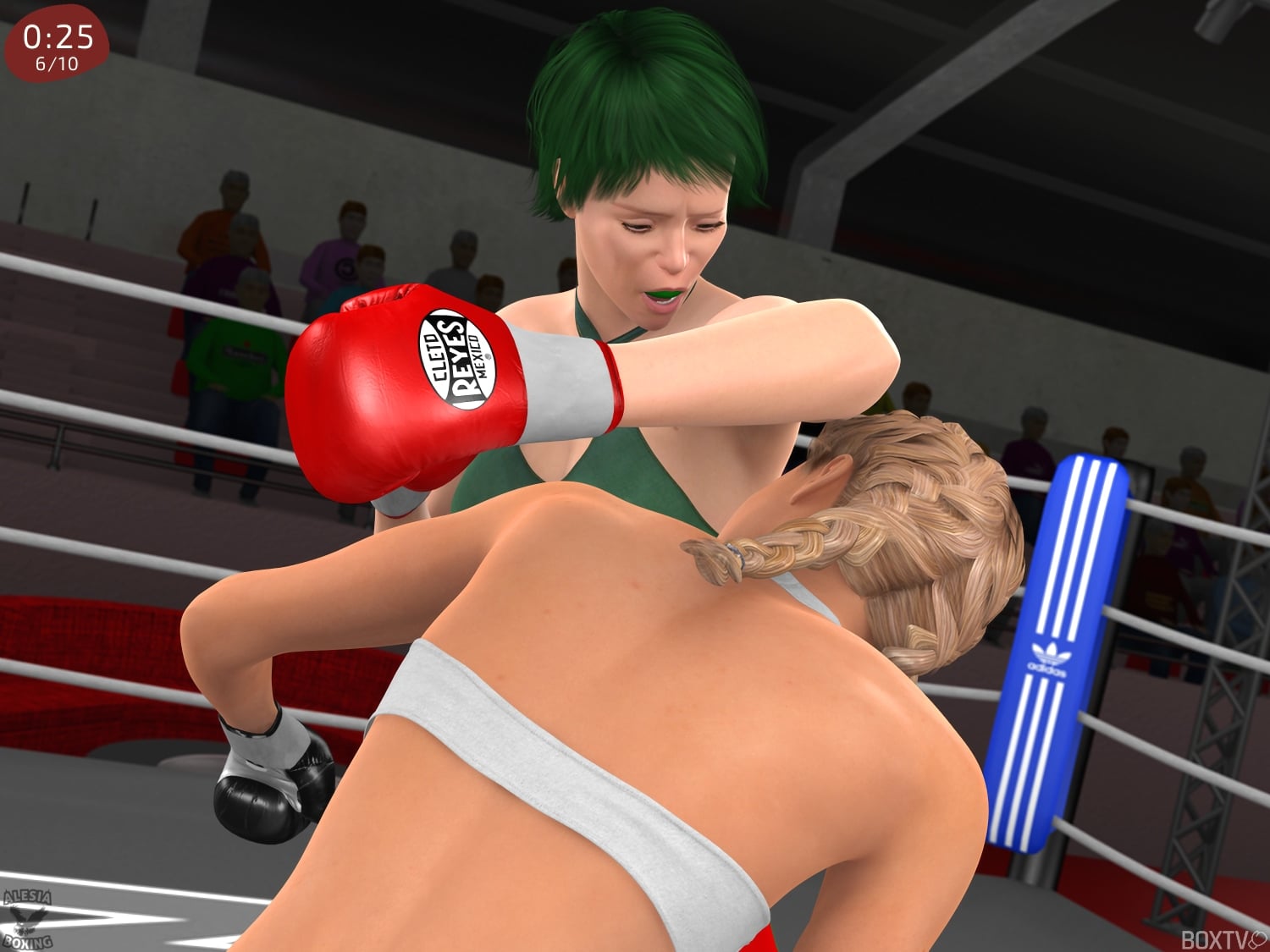 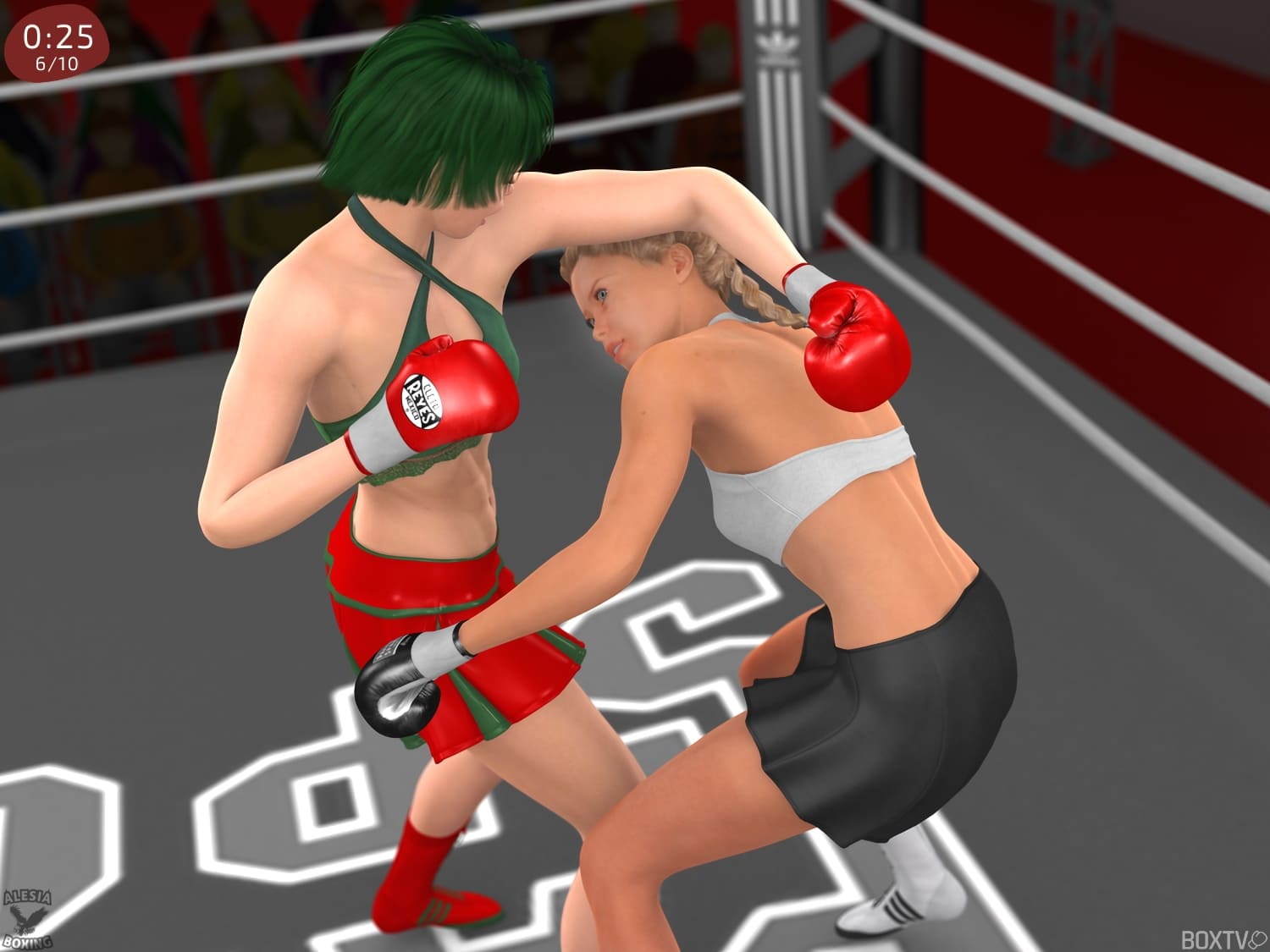 Although strong, Selena is less mature than Alesia. Her attacks no longer work. Early in Round 7, the German lands solid shots and has her foe ready to go. She throws a vicious, rising uppercut that snaps her head up. 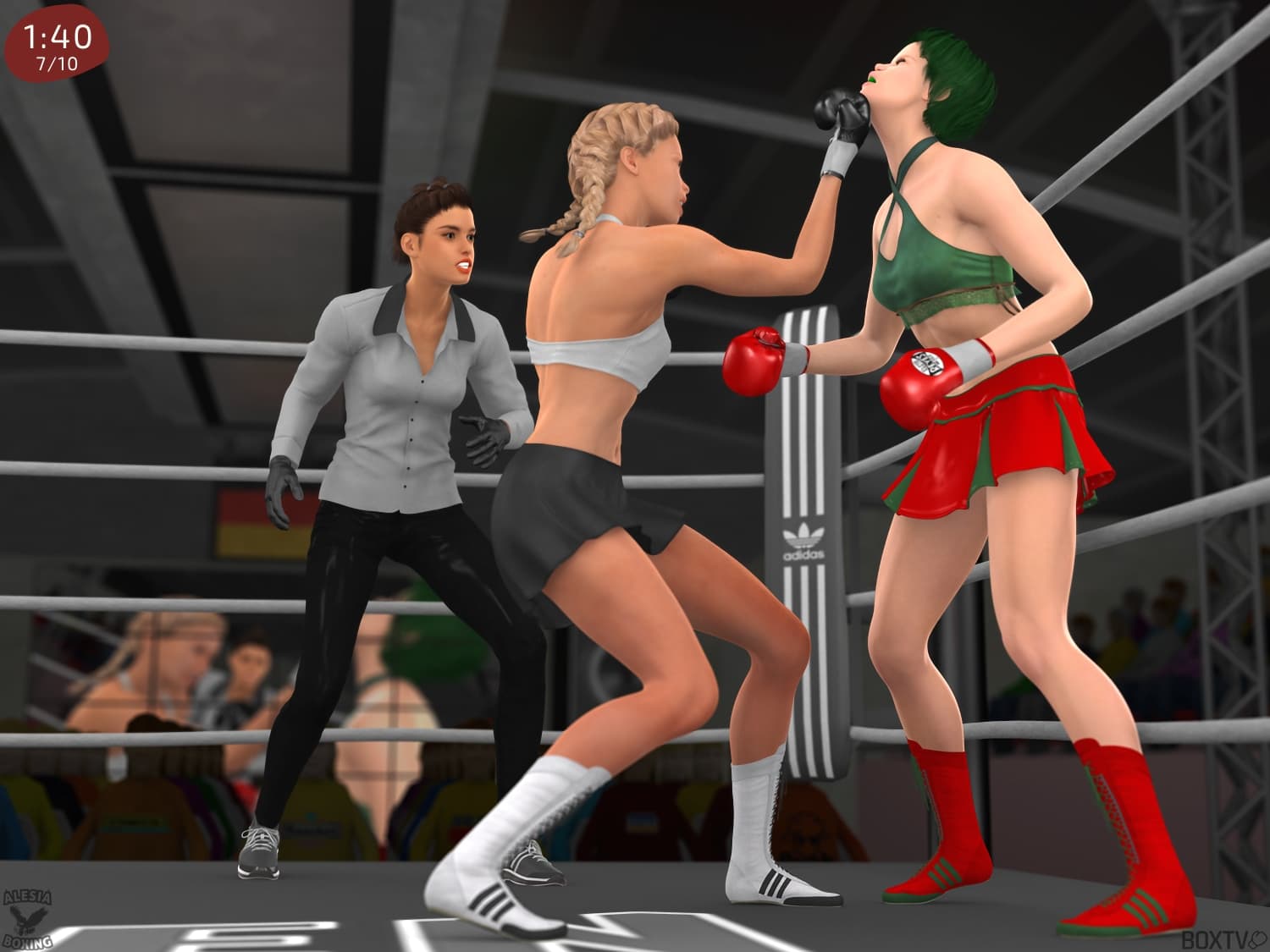 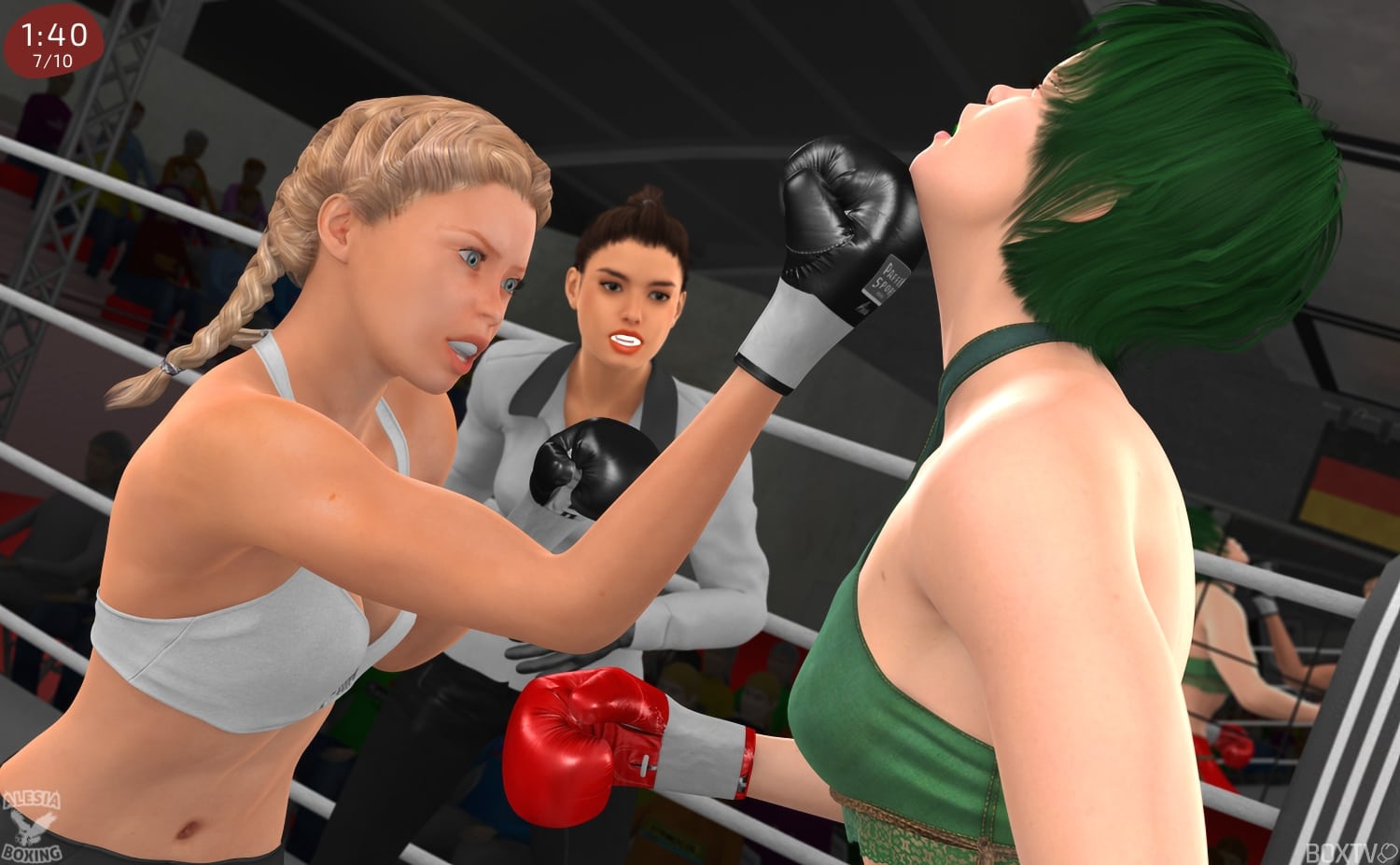 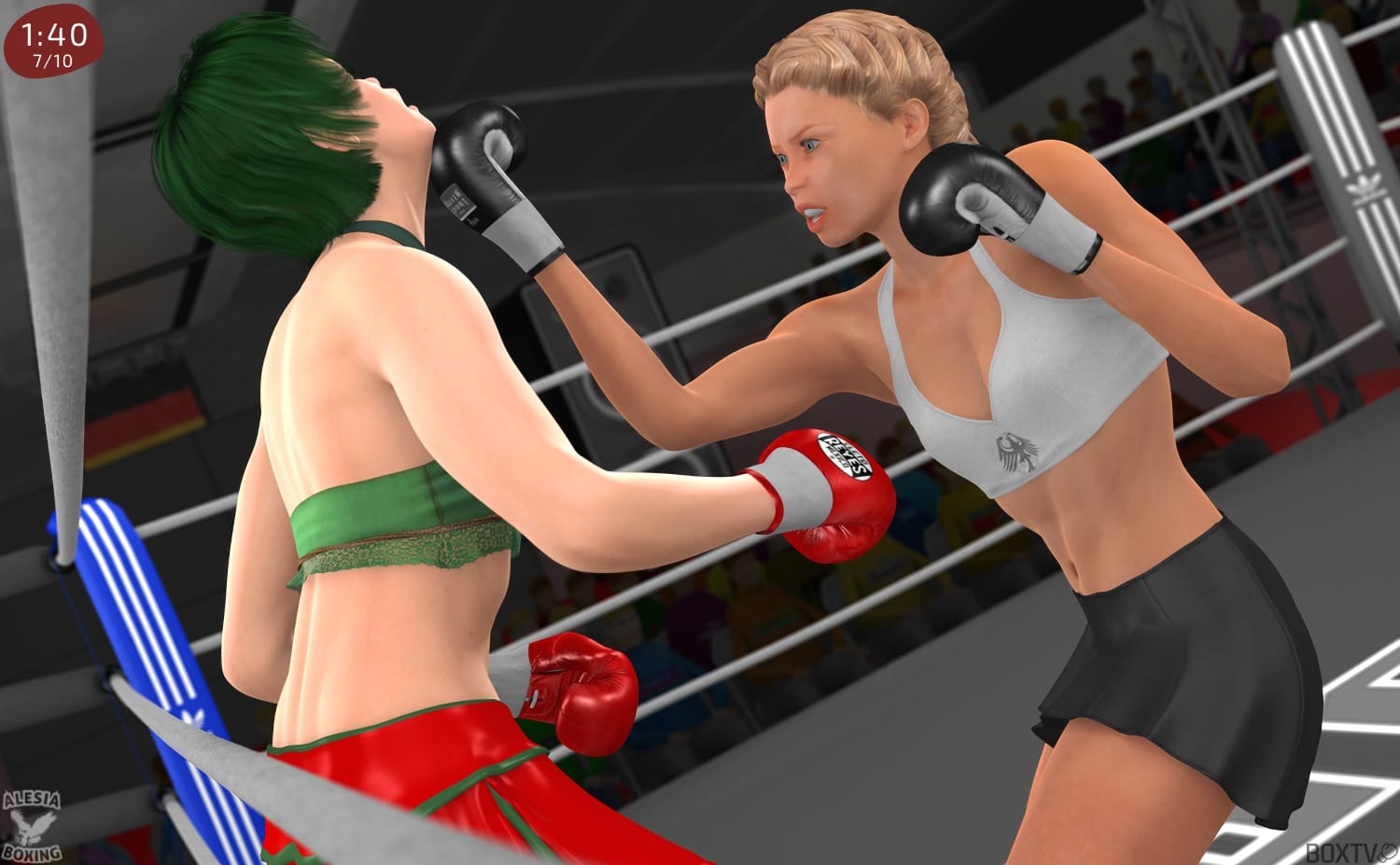 That uppercut is way too much for the Mexican boxer. You could count to 10 or to 100 if you liked. She won’t get up in time, no matter how long the delay. She’s out, and referee Rebecca Linden decides to call it without bothering to count to one. 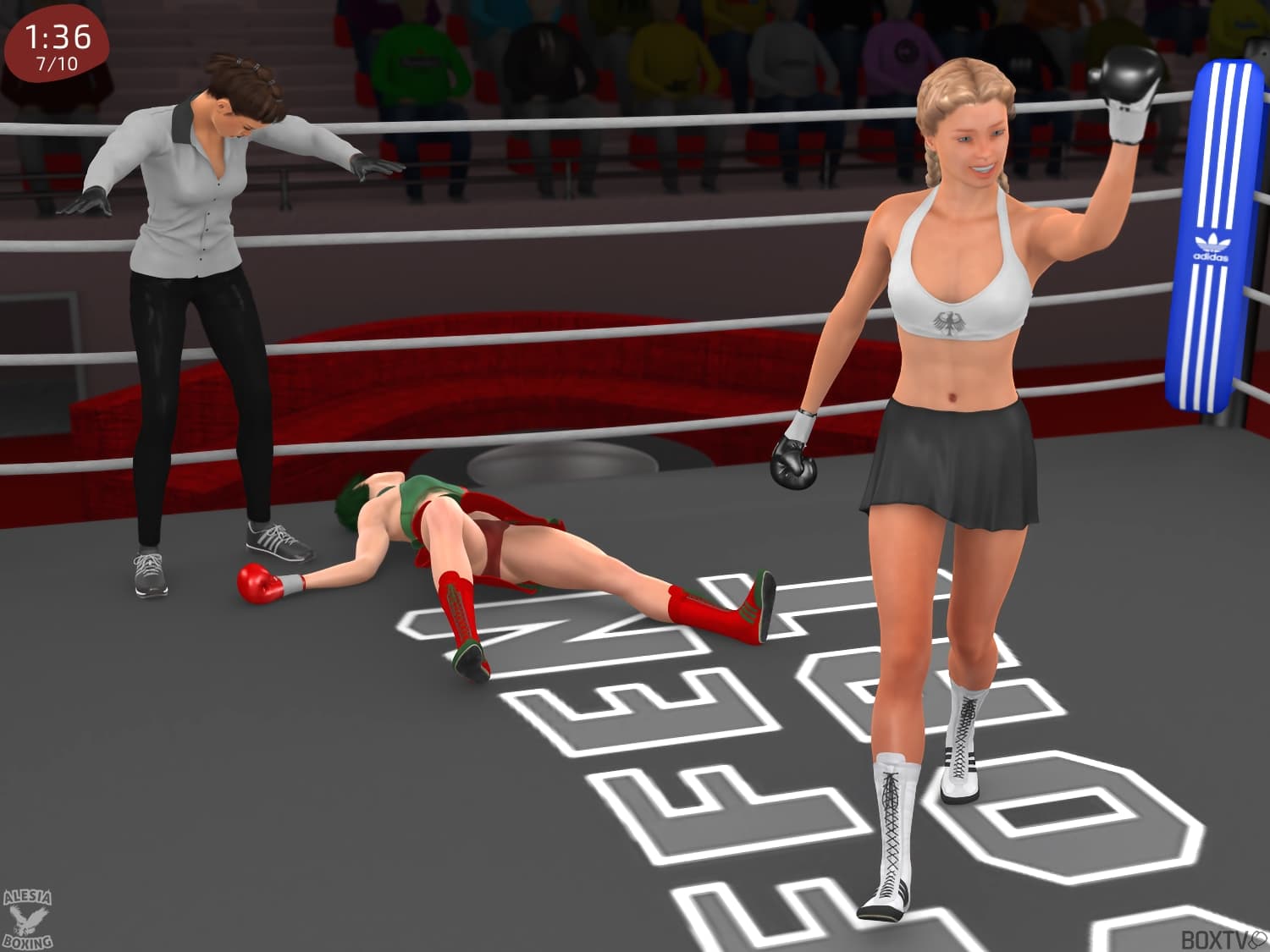 Esther: “Schumann has done it! She knocked out the most dangerous boxer she ever faced, thanks to her maturity. Punchers are always dangerous, but Martinez met the kind of woman who can deal with her power game. Game, set, match.”

German Super Lightweight champion, former world champion and one of the pound for pound best. The Diva is known for her tactical strength and durability.
Profile
basic HTML to style comments