Munich – It’s training camp! We head to Halmich Academy first to find out how Sophie Schumann is preparing for the biggest fight of her career against Elsie Nadege.

The wunderkind from Munich obviously goes through all kinds of drills with head coach Regina Halmich, but a new element stands out. Picasso works on her defense with sister and world champion Alesia.

On the menu of nearly every session: freshly baked shoulder rolls. Under Regina’s supervision, Alesia teaches her beloved sister how to roll her shoulders to dodge and deflect incoming punches. The task is technically difficult because you have to stand in the line of fire and move just enough to avert danger while staying close to prepare for the counterattack.

Regina: “Keep at it, girls. This is improving. Tighten the left arm and lean a little more to nullify a punch, my bitter orange.”

After the session, both the big sis and coach are happy.

Regina: “I like how this defense is improving. No need to adopt the Philly shell, but I like that you can prevent hits better than in the past.”

Alesia grins: “Give it a little time and we’ll make you unbeatable. I dream of the day when you can take on Zohana Patel and defeat her.”

Alesia: “Zohana’s really cool and admirable but I want to see you fight her and win. Sophie Schumann pound for pound queen? It will happen.” 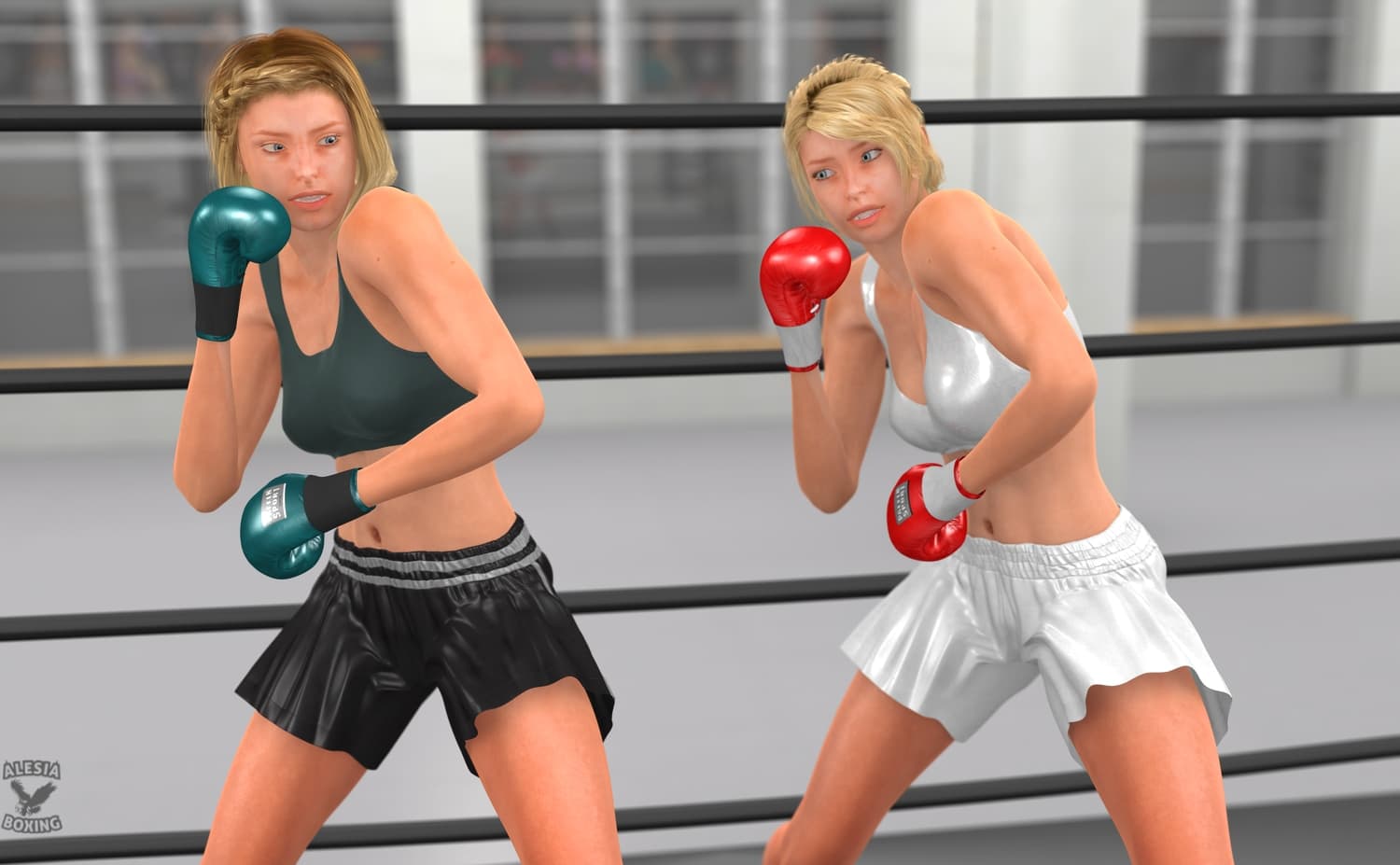 Back in London, Elsie Nadege is also hard at work. Her main focus? A strong core. It’s the secret sauce to cook up and deliver an endless stream of punches, which is why she is so hard to face. She takes time away from you.

Your Highness does specific exercises in the weight room. There are obviously reps with all kinds of weights to maintain and strengthen muscles and the core. More importantly, though, Elsie does an insane number of sit-ups, push-ups and burpees. It’s basic and it’s not fun, but it’s effective training for fighters who like to bury opponents under a pile of punishment. 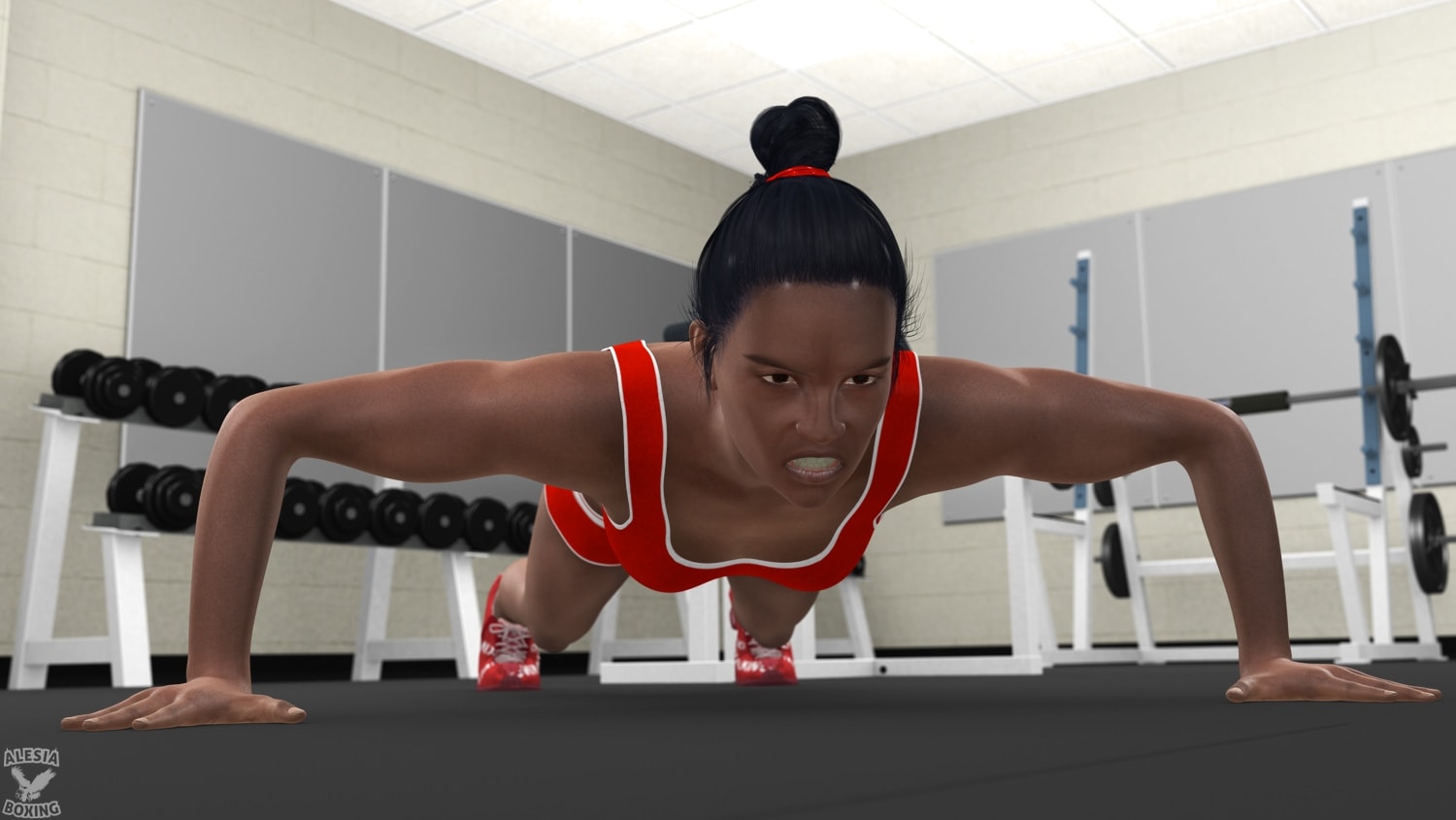 Clifford Little, a legendary English coach, carries the spirit of this training philosophy into the gym’s ring. Since taking on Elsie, he has limited the amount of full-contact sparring to spare his fighter the hits that destroy brain cells over the years. He prefers to give a nice rate per sparring round – about 50 pounds Sterling – to durable journeymen in exchange for a limited offensive output. The guests like the money and Elsie is free to let her hands go with volume punching to build her ability to have a high work rate, which is essential to her game.

Today’s guest is Anja Kresinger, a rugged German veteran who is here for that money. 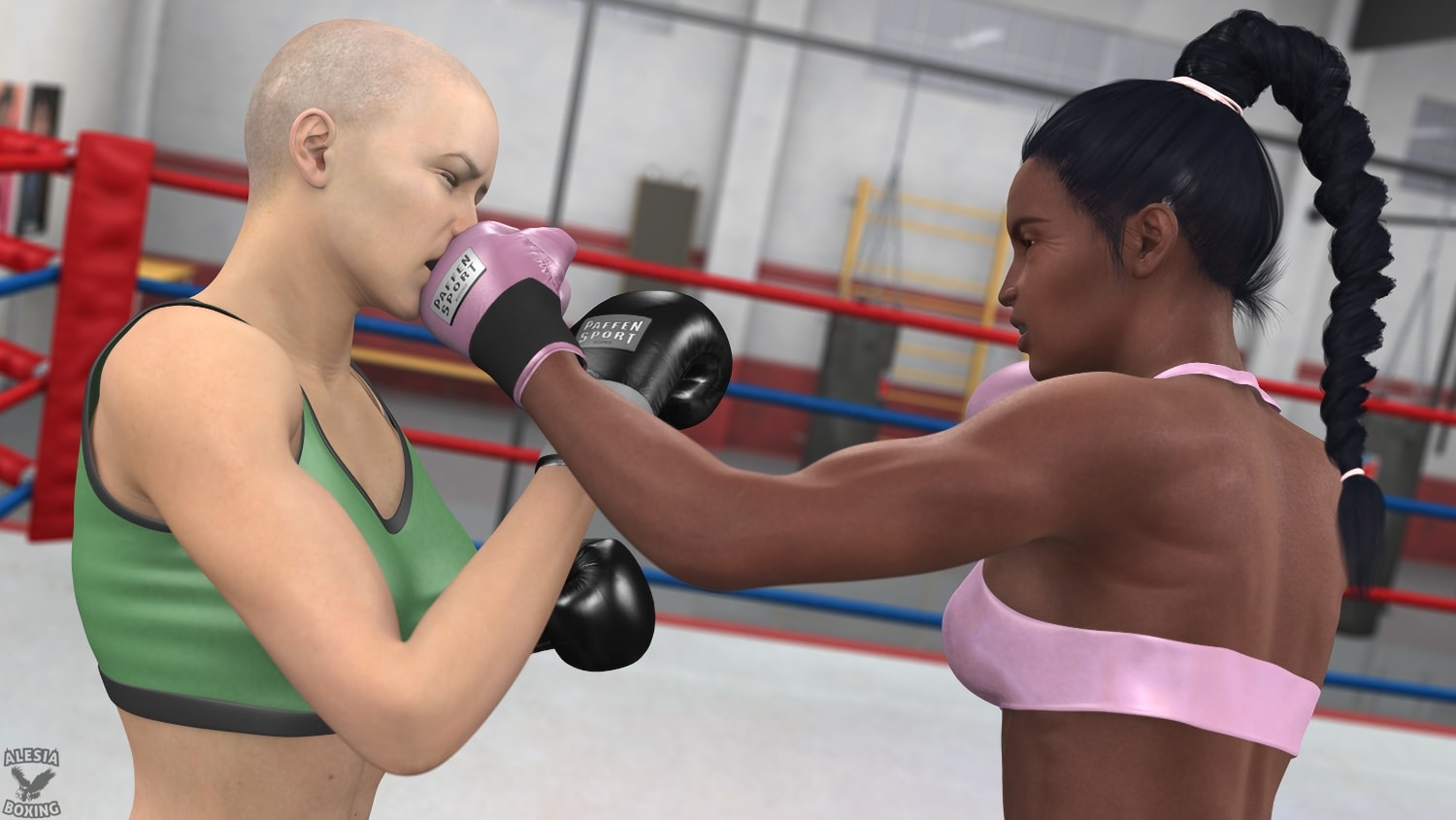 A very stylish Elsie throws punch after punch in a way that makes it nearly impossible to defend yourself, while rocking a powder pink top and gloves. Having never been knocked out, Anja can withstand the punishment. She spends 10 rounds under the weather with Elsie, who gets the workout she needs before facing Sophie. 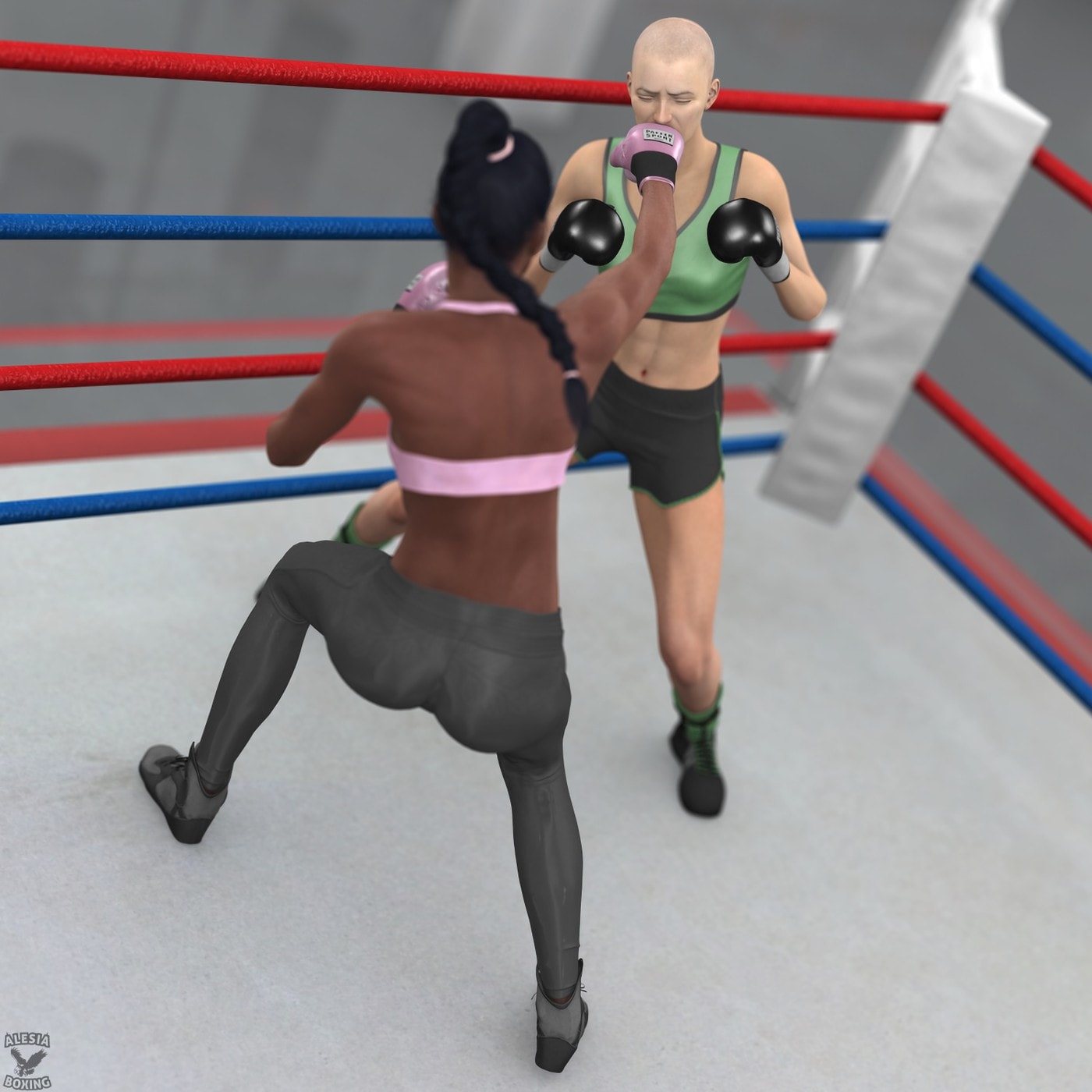 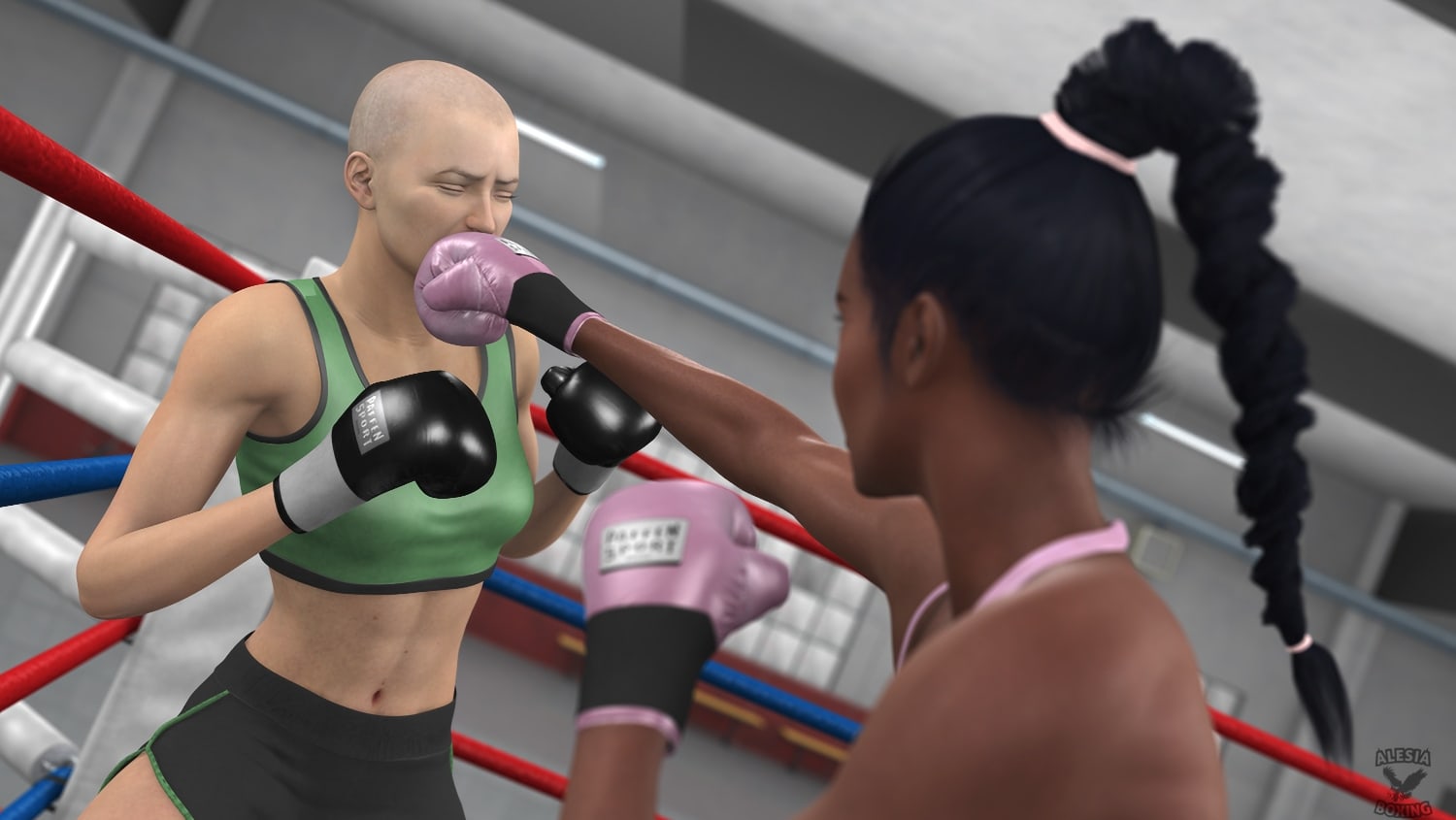 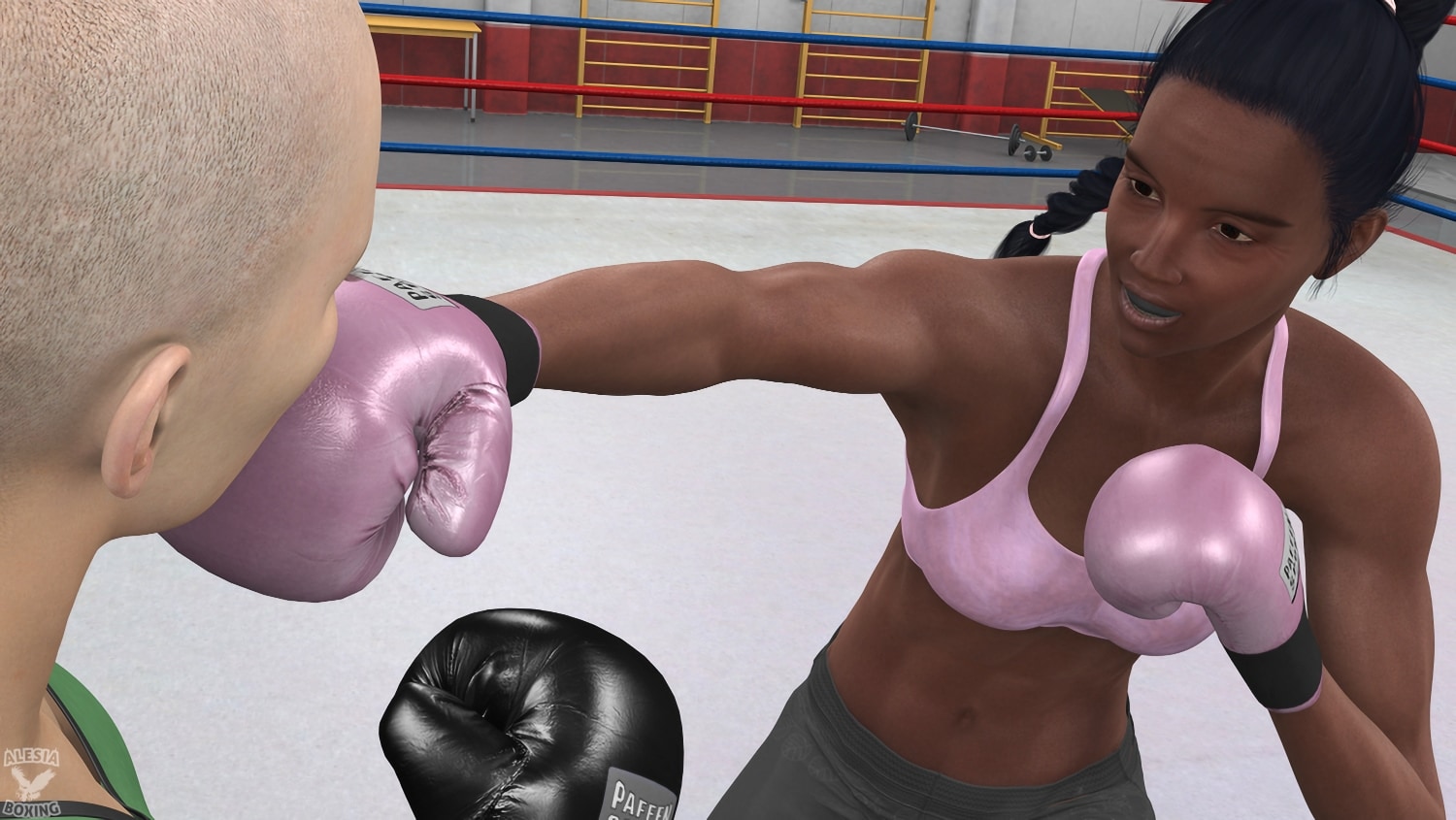 The press conference and weigh-in are largely positive. Elsie and Sophie promote the f*ck out of this fight with good looks, friendly behaviour and funny lines in response to every invite.

Then, we go ringside. Esther Schouten and Anna Schwartz go on the air on Box TV.

Esther: “Welcome back to the Olympia Eishalle in Munich for the main event of the evening. We have a cracking fight ahead, featuring Sophie Schumann and Elsie Nadege in a clash opposing Top 10 boxers in the Lightweight division. Three-minute rounds because these two don’t pussyfoot.”

Anna: “This is a delicious matchup, folks. Schumann is the most exciting prospect in women’s boxing and she is living up to expectations by rising to number nine in the rankings in only four fights. She defeated American champion Megan Thomas in December, after taking the fight on short notice, and the world took notice.”

Esther: “Elsie Nadege? Aged 36, the athletic boxer from Cameroon barely needs an introduction since she has been on the world stage for years. It’s her first appearance in Germany and we don’t doubt that you, fight fans, will love what you see in the ring.”

Anna: “That’s right. Schumann and Nadege are excellent boxers and this should be a firecracker of a fight.” 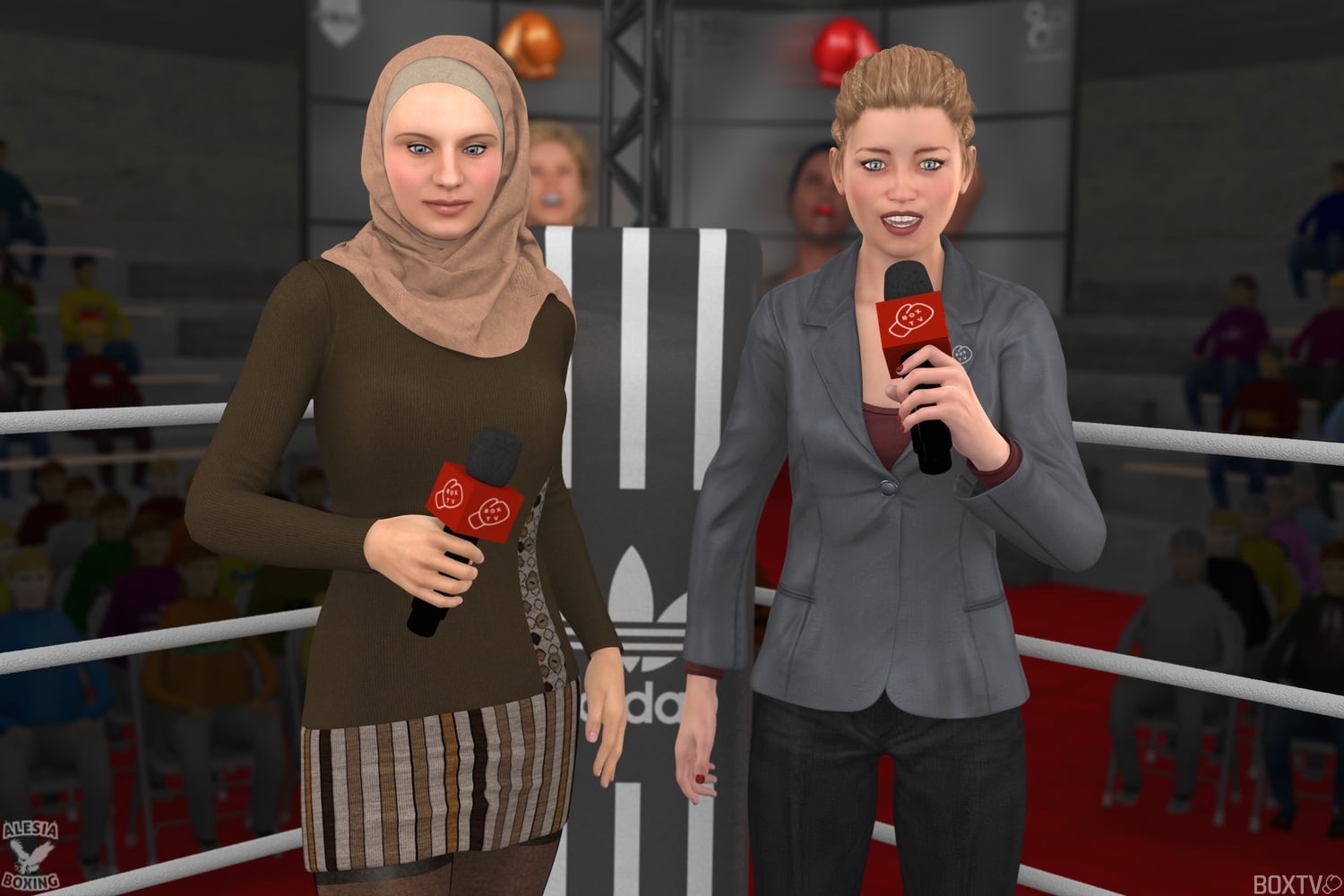 As we’re in Munich, it’s no surprise that Sophie gets a massive amount of attention as she walks towards the ring. When she comes out, cameras follow the starlet like magnets, and Elsa Braun gets in perfect position to capture Picasso’s walk as Evil Never Dies, by Judas Priest, blasts through the speakers.

Esther: “What’s the game plan for the orange menace?”

Anna: “She’s facing a veteran who likes to throw a lot of punches. So, she needs to keep action under control and match the work rate, probably with counterattacks. It’s also important not to get hit too often, so good defense is in order.” 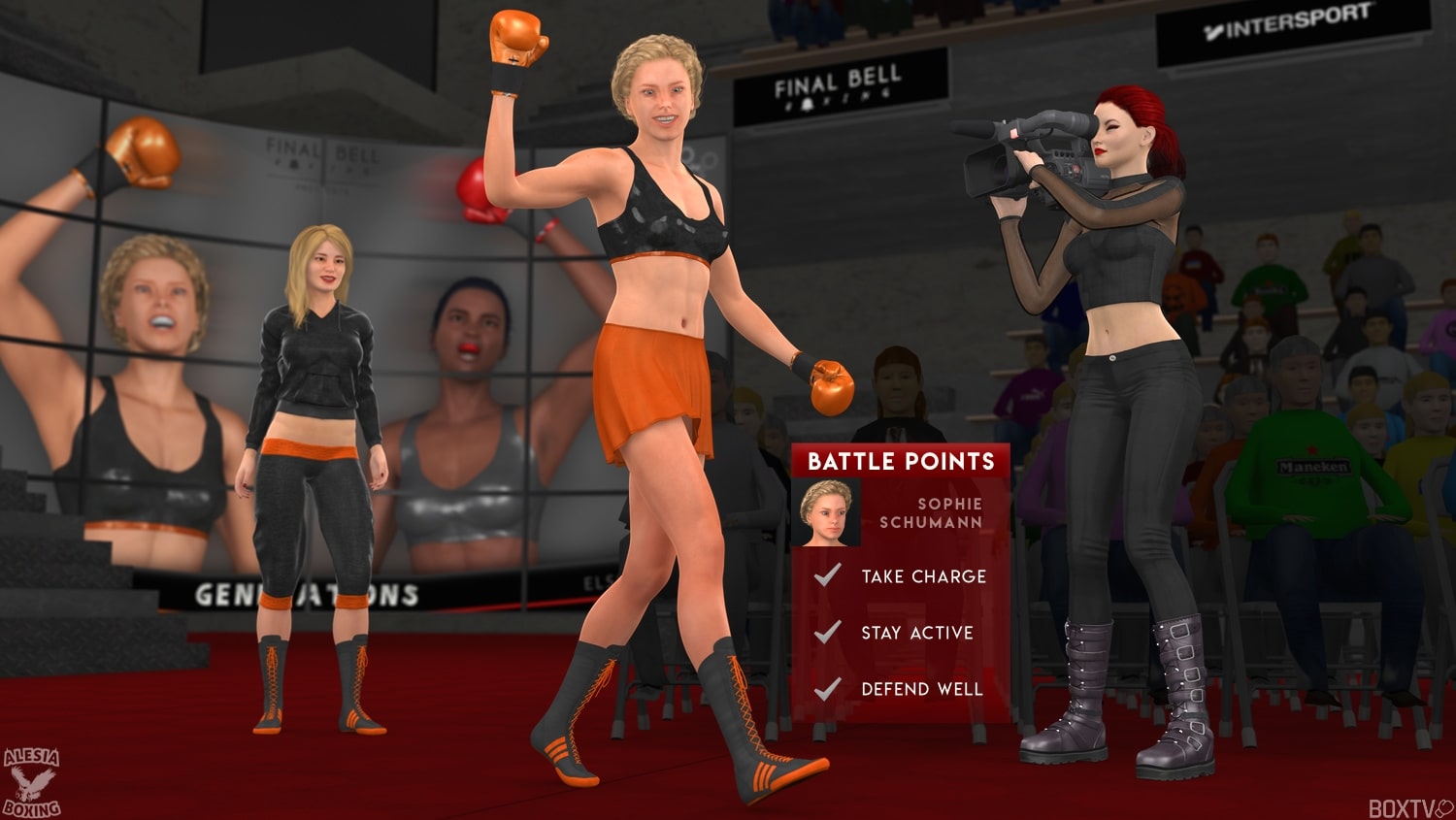 Pump up the volume

Although the reception is less intense, Elsie also gets some applause as she walks to the ring with Smells Like Teen Spirit, by Nirvana, playing in the background.

Esther: “What can we expect from the African woman?”

Anna: “Volume punching to overwhelm the opposition is her trademark. We should expect some rapid fire. However, she still needs to be cautious although her chin is battle tested. Sophie Schumann is one of the hardest hitters in the game, and she’s increasingly sophisticated. Make the same move a few times and she will punish you for predictability.” 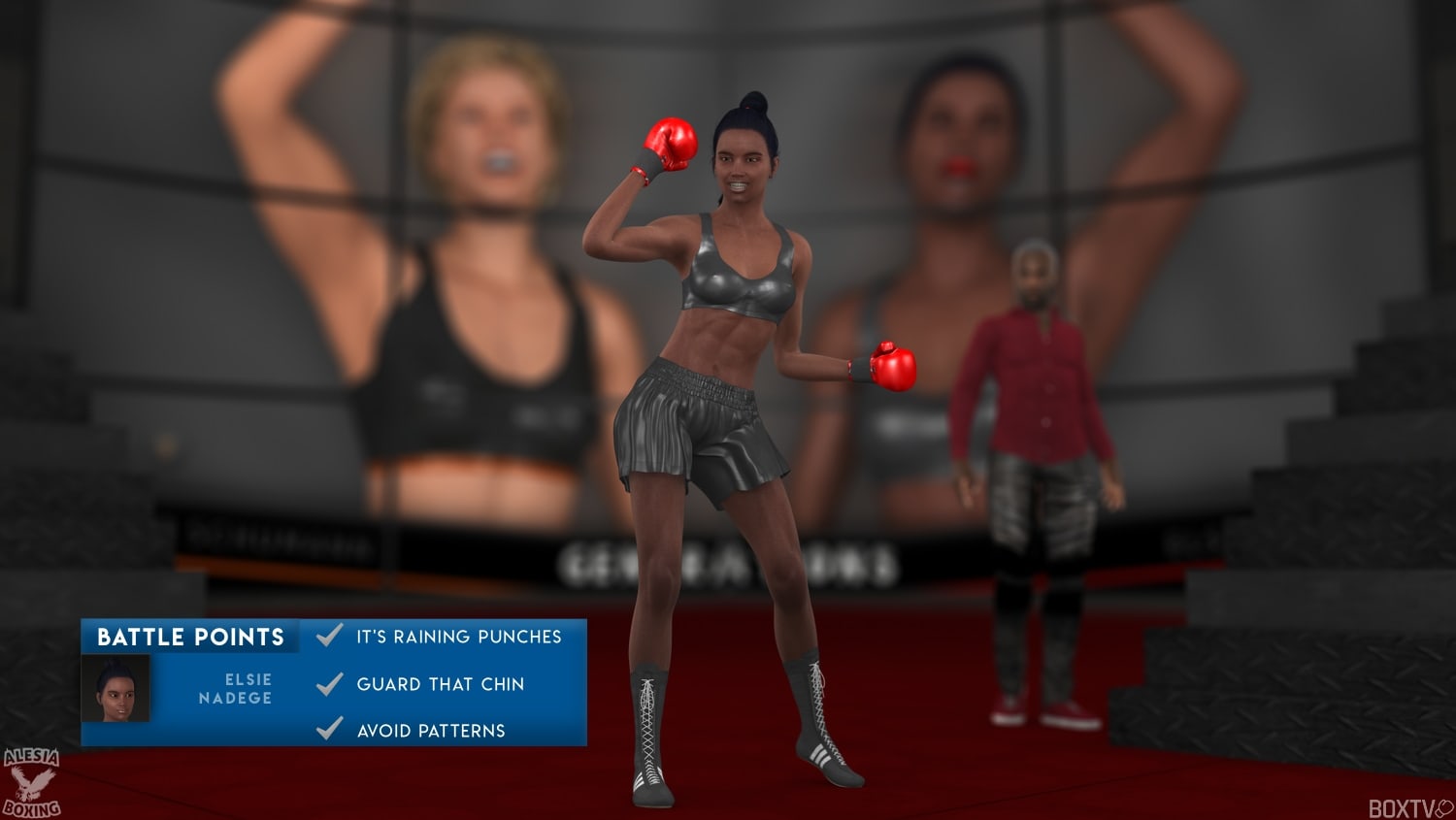 Veronica handles formal introductions, and then the girls have to touch gloves.

Rebecca: “We went over the unified rules in the dressing rooms. This fight is scheduled for 10 three-minute rounds. There is no three-knockdown rule. There is no standing eight-count. You cannot be saved by the bell in any round. In case of an accidental head butt after Round 4, we go to the scorecards. If you knock your opponent down, you have to go to a neutral corner before I start a count. If you foul intentionally, I will deduct a point. The second time, you’re disqualified. Protect yourself at all times. Obey my command at all times. No cheating, no bullshit. Touch gloves.”

Esther: “What does it mean when Rebecca Linden is your referee?”

Anna: “It means that you are in a big fight. That woman is now a fixture for top contenders and world champions. This is a huge event for Schumann.” 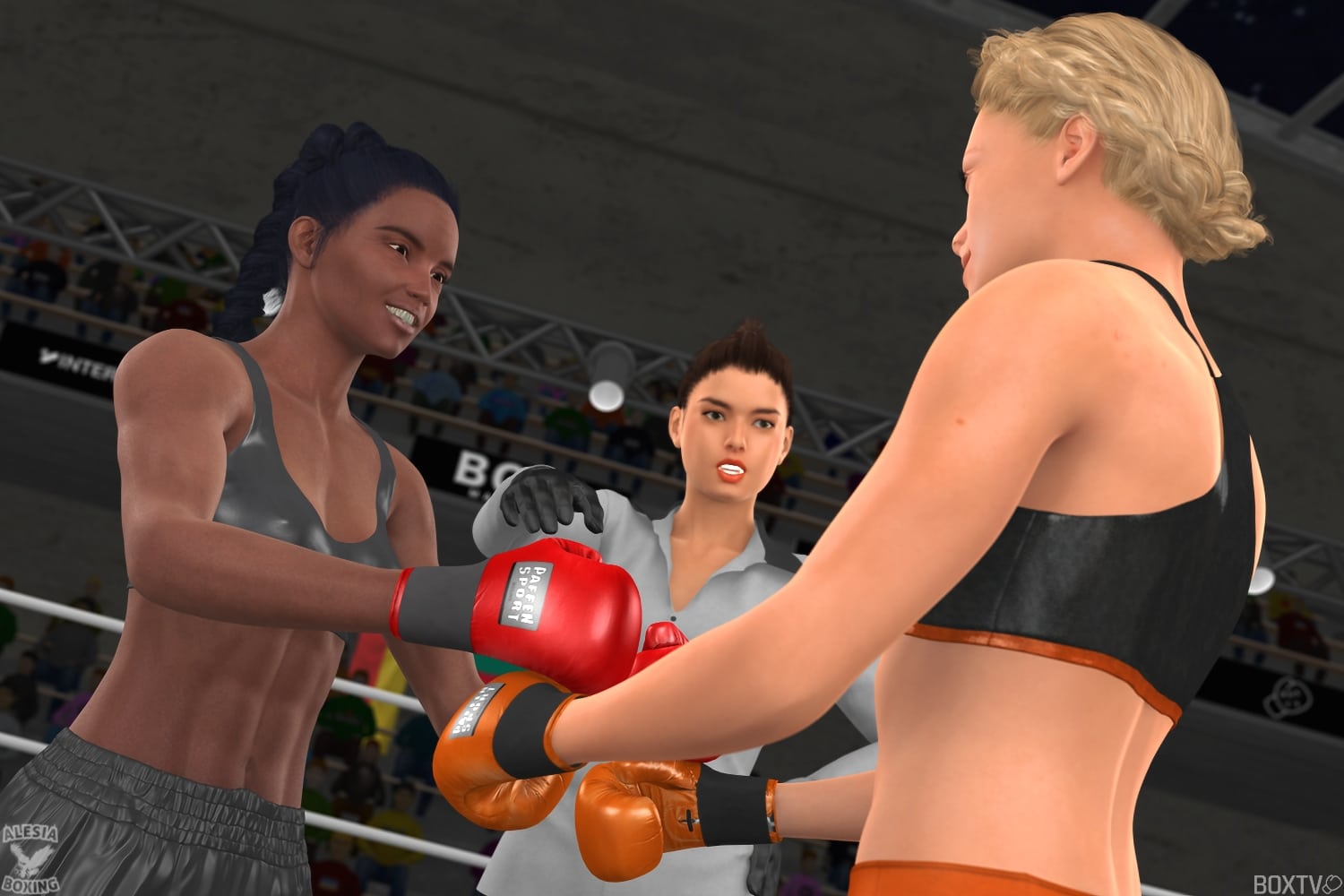 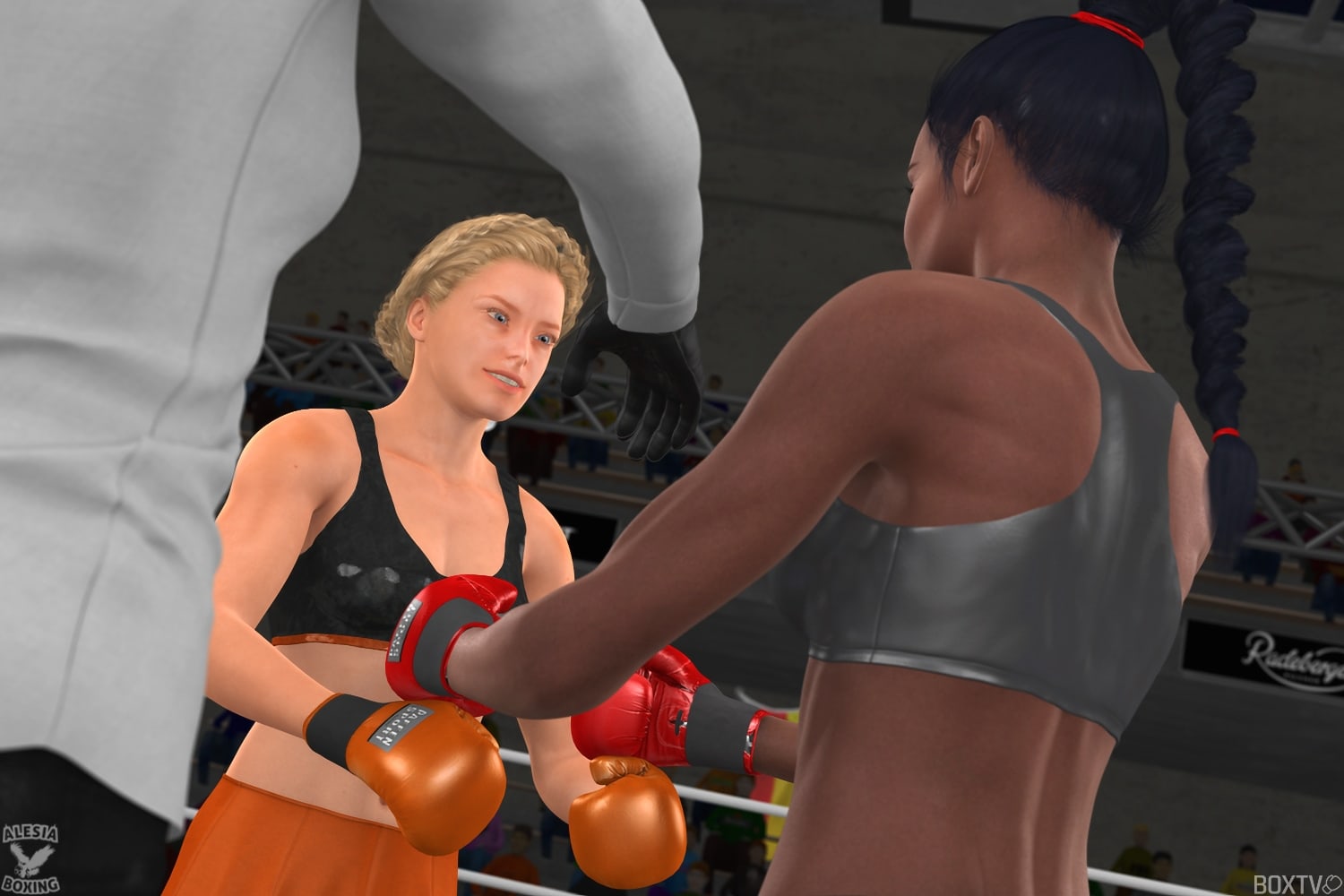 Mouthpieces in. Everything is ready. Rebecca stands, hears the bell and orders the fighters to box. We are seconds away from the action.

Esther: “Sophie Schumann against Elsie Nadege in a battle of Top 10 Lightweight contenders. This should be a cracker.”

Sophie thinks: “Man. This chick looks solid with her game face on. Megan Thomas was nothing. This won’t be a cakewalk.”

Elsie thinks: “This match isn’t just big for her. I must win tonight to have a future.” 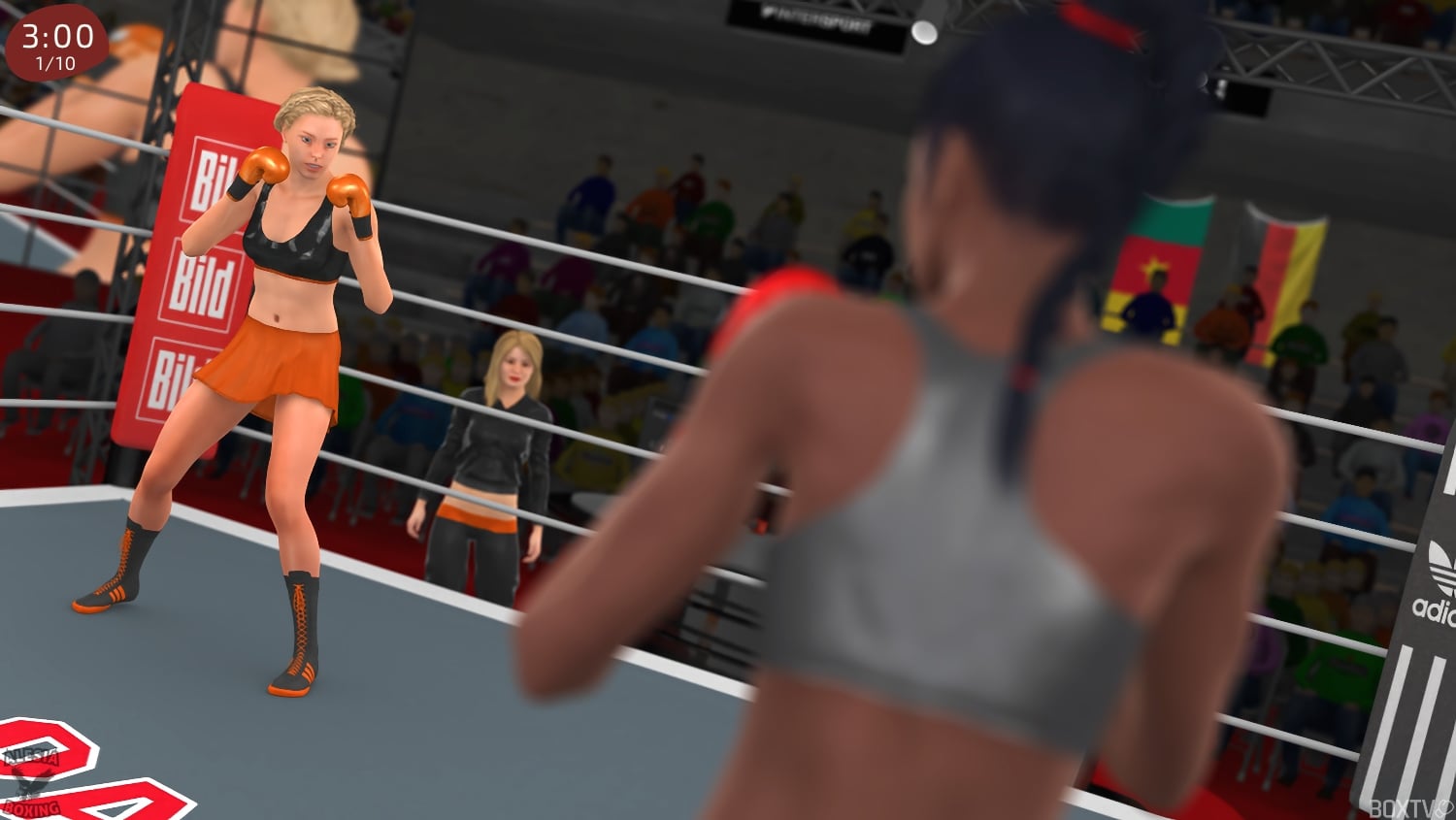 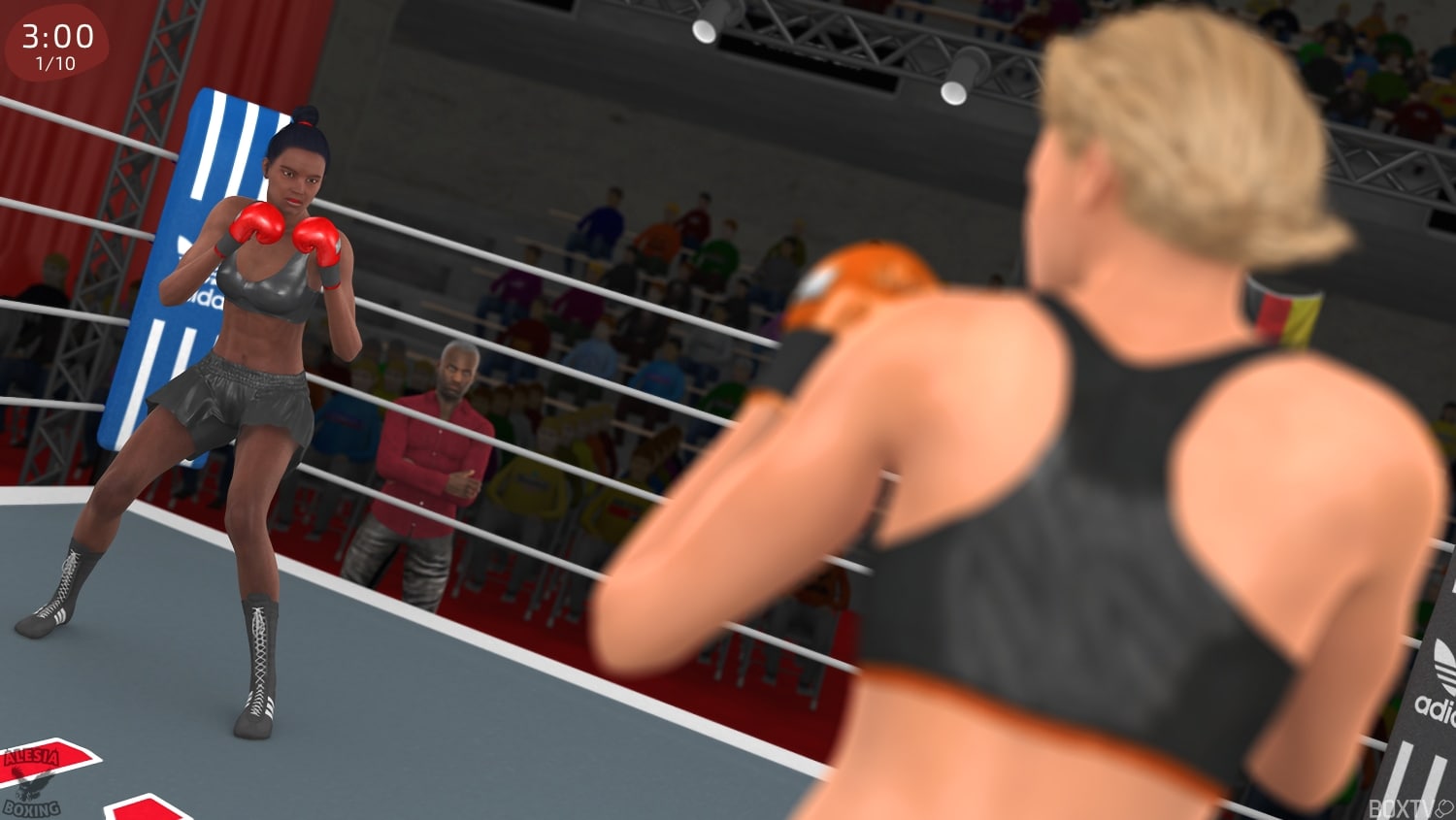 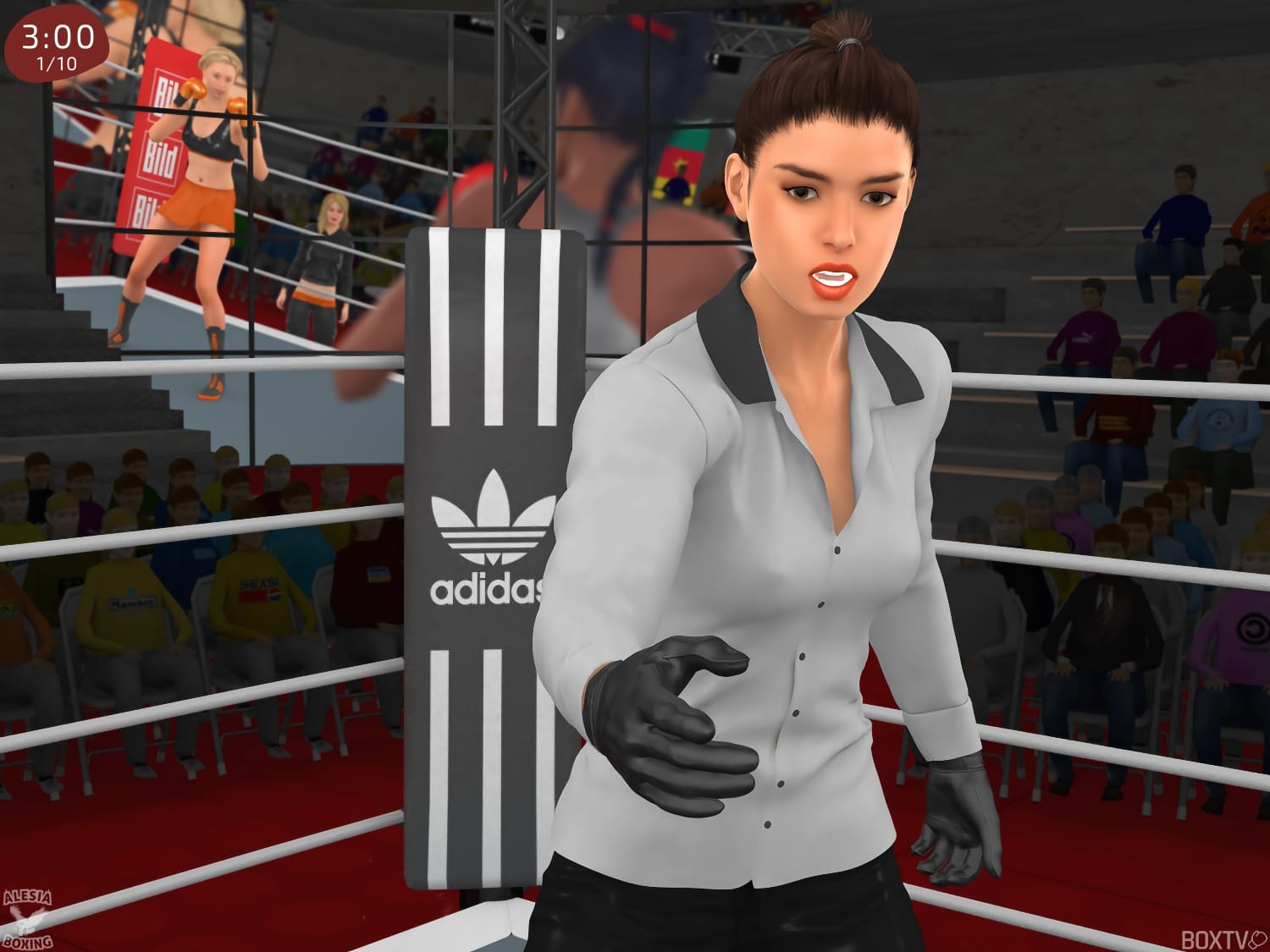 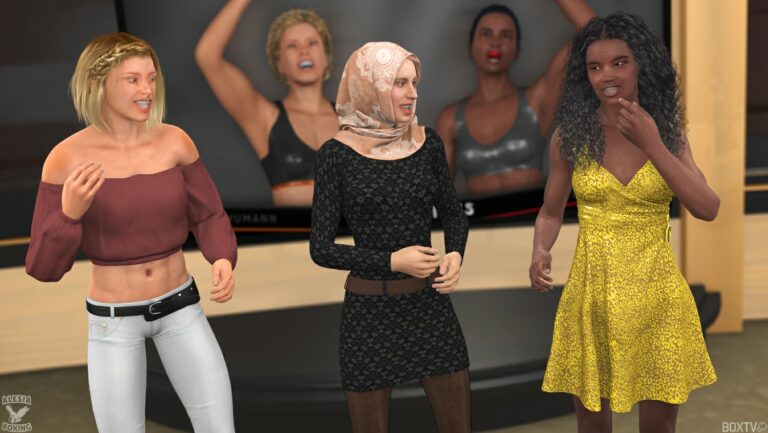 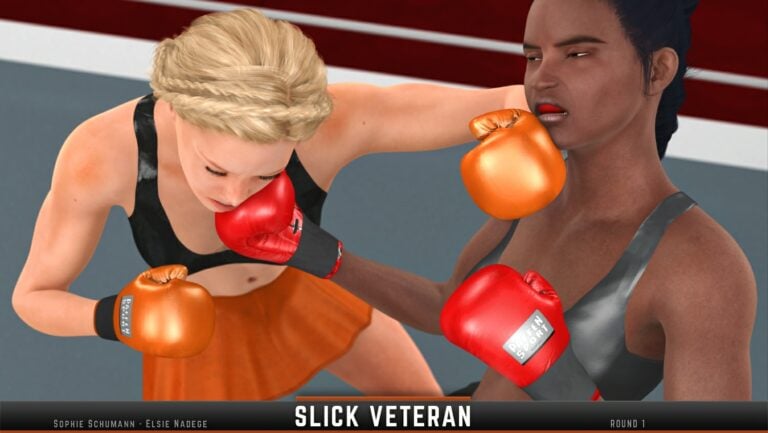