Hee Jung Park makes a fourth defence of her crown against a quality challenger.

Hee Jung Park defends her Featherweight title for the fourth time against the number one contender, ‘The Chadian Viking’ Wambui Njeri. The champion agrees to fight in the challenger’s home country of Denmark, where she is quite popular. It’s a good financial deal for the champion, but an additional challenge to beat a fighter in her own backyard.

The two fighters are respectful in the pre-fight building, with very few barbs being bandied between them. Both are confident, with Wambui having beat Sybil Graves by decision in her last fight and Hee Jung not having lost since her return to the ring as a Featherweight. Four straight victories by knockout, none lasting more than six rounds.

The fight starts out cagily, with the southpaw Wambui looking to land a straight left hand, but Hee Jung does a good job of neutralizing the main weapon of the challenger, continuing to circle to her left and maintaining her footwork. Hee Jung is able to win the first two rounds just by outworking Wambui and landing effective right hands. 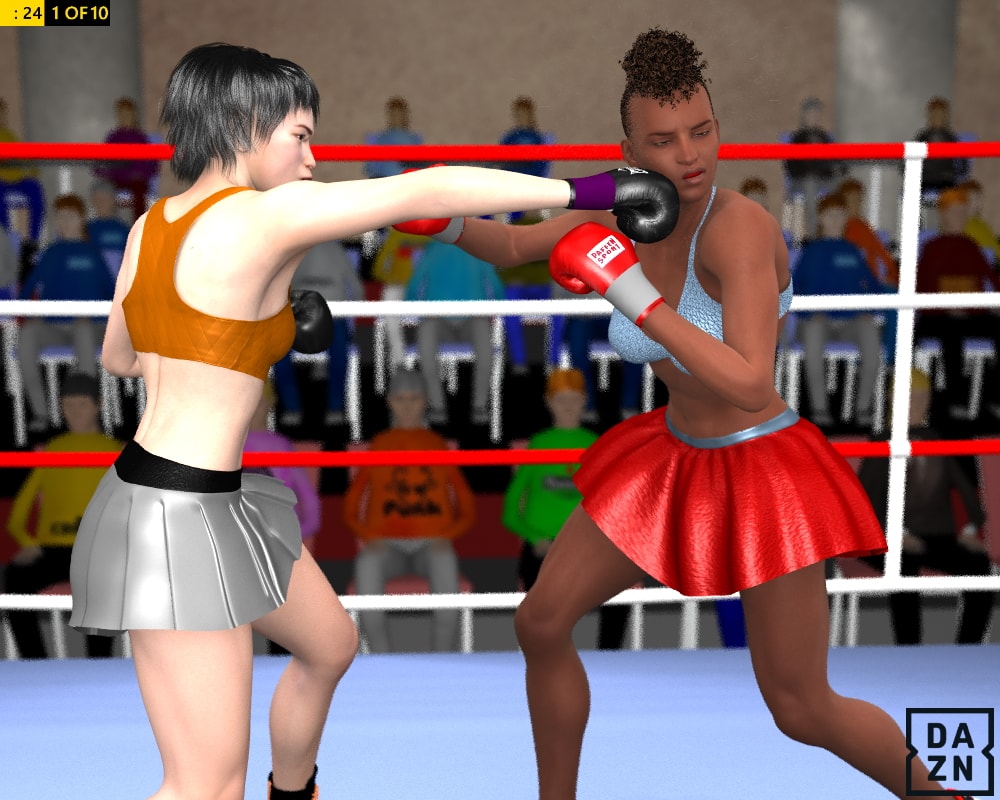 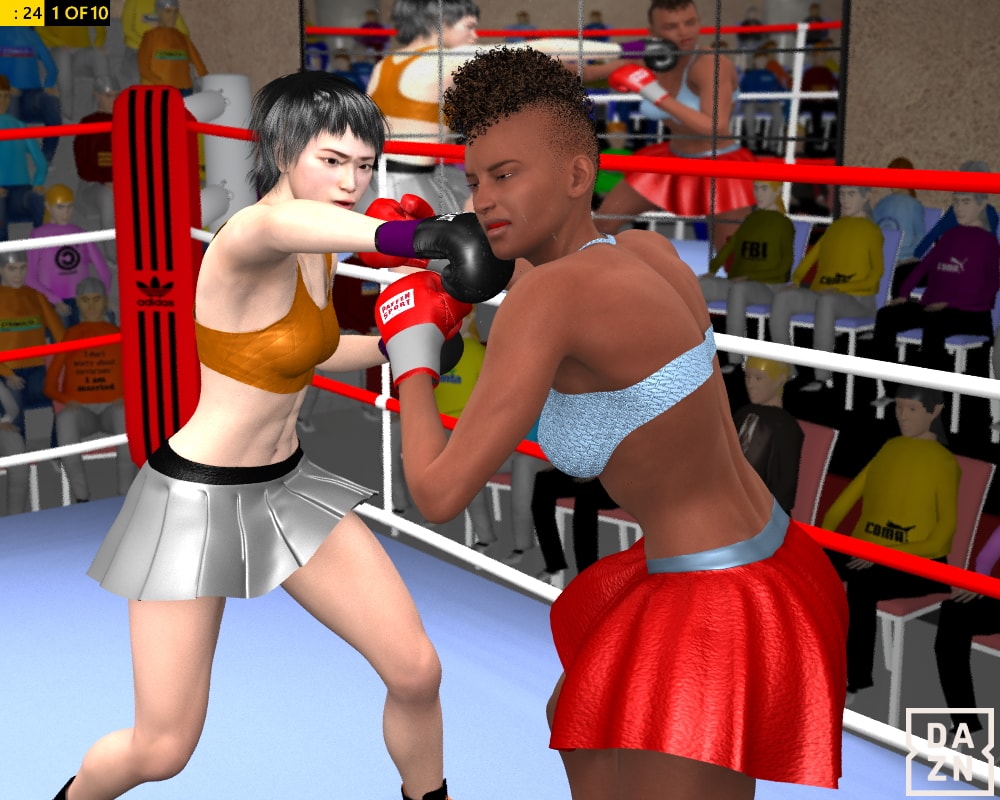 Wambui continued to be undaunted by the champion winning the early rounds. In the fourth, her tenacity paid off. A quick right hand stunned the champion for a moment, and Wambui didn’t miss her chance, throwing a straight left hand to follow up, catching the title holder flush on the chin. 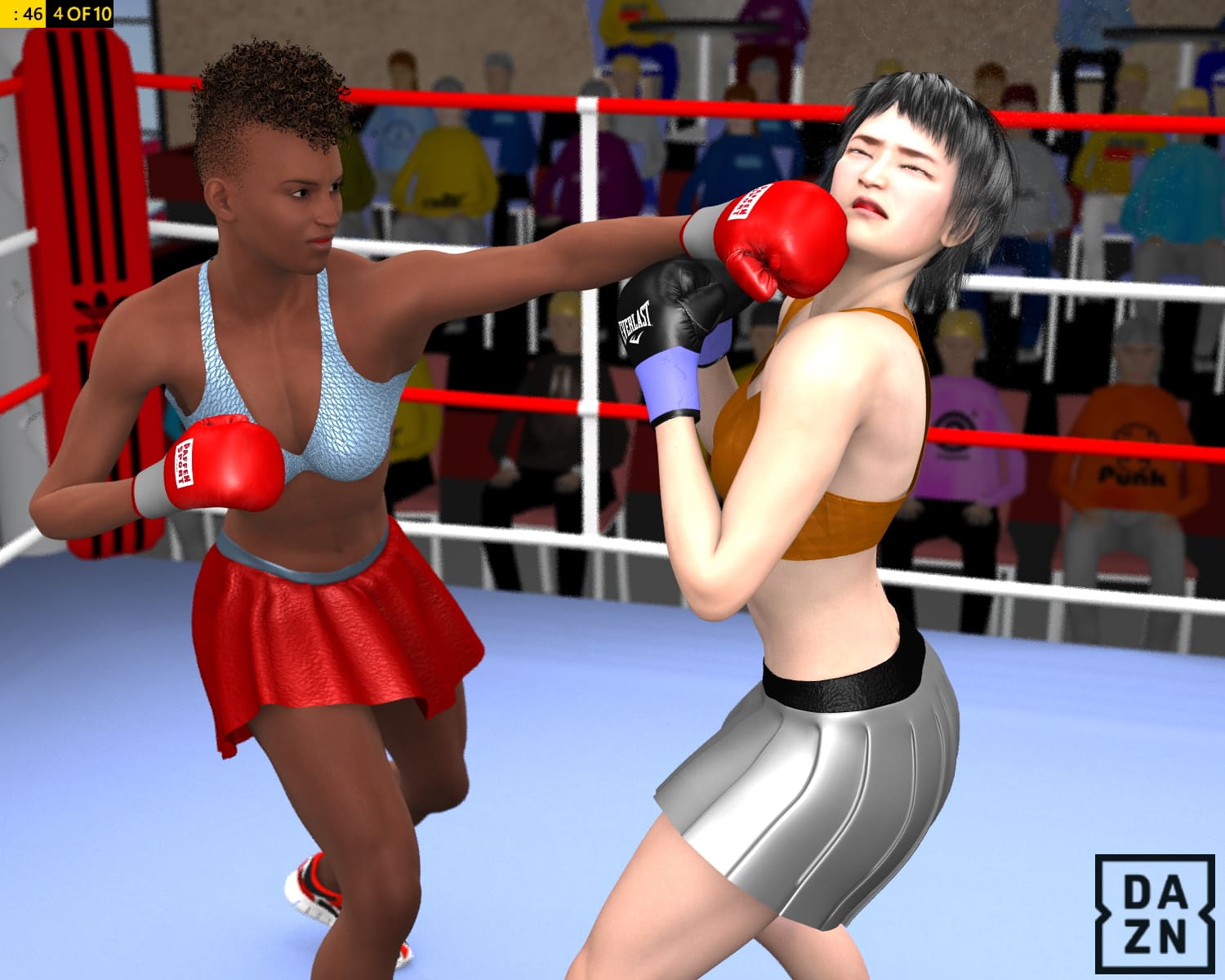 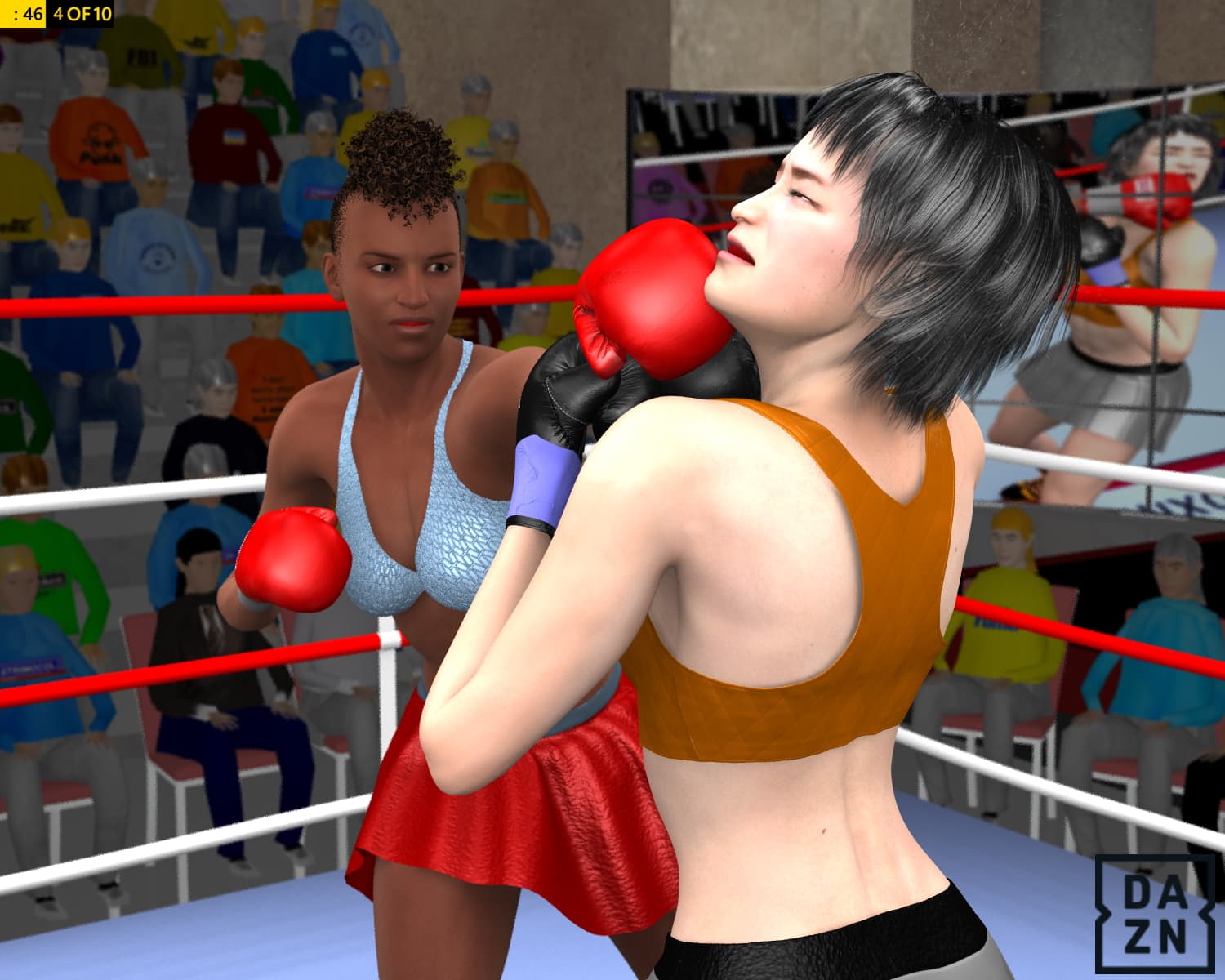 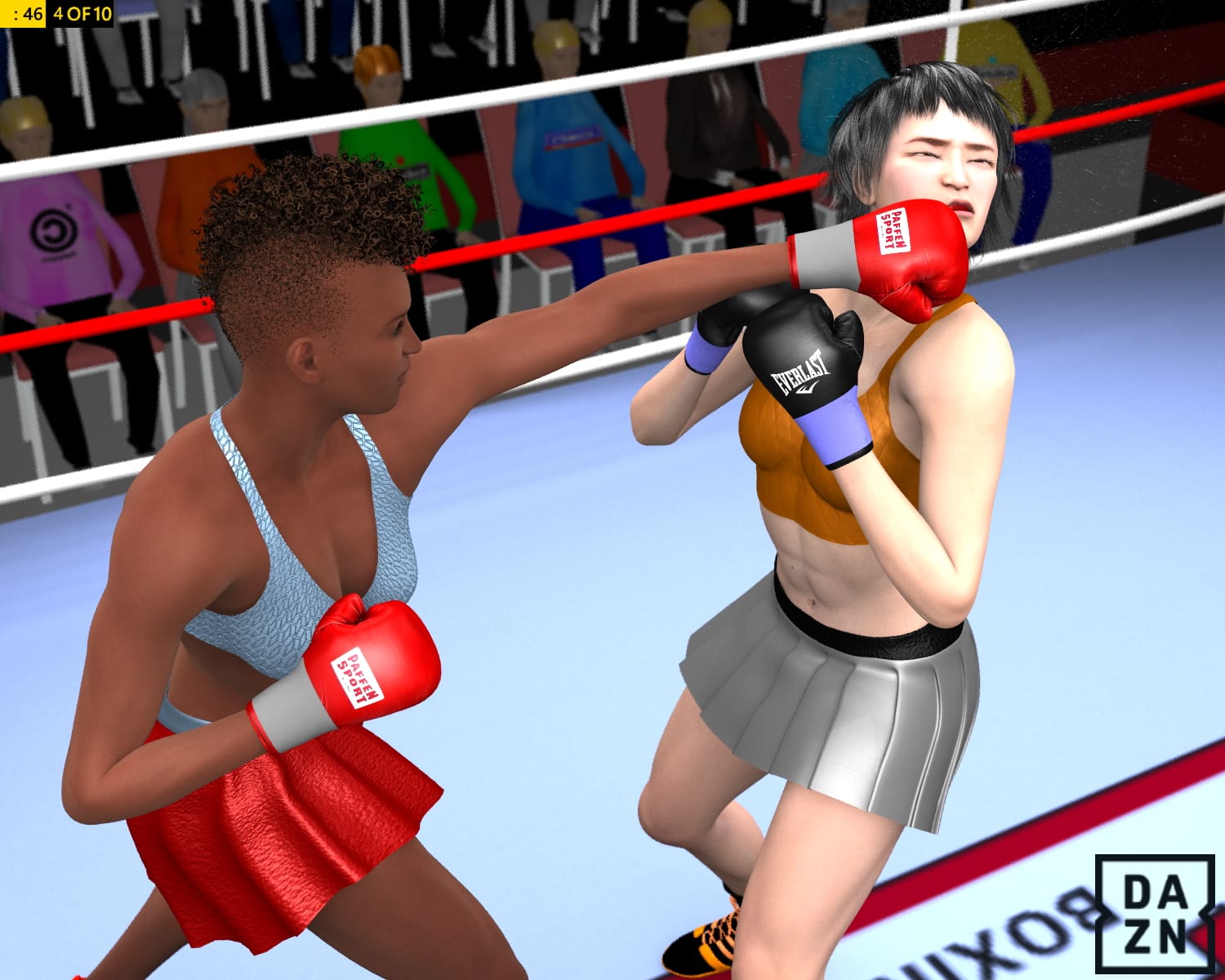 For the first time since her return to the ring, Hee Jung drops to the canvas, going down hard on her butt. The crowd in Copenhagen goes wild as the challenger has finally made the breakthrough and might be on the verge of winning the championship. 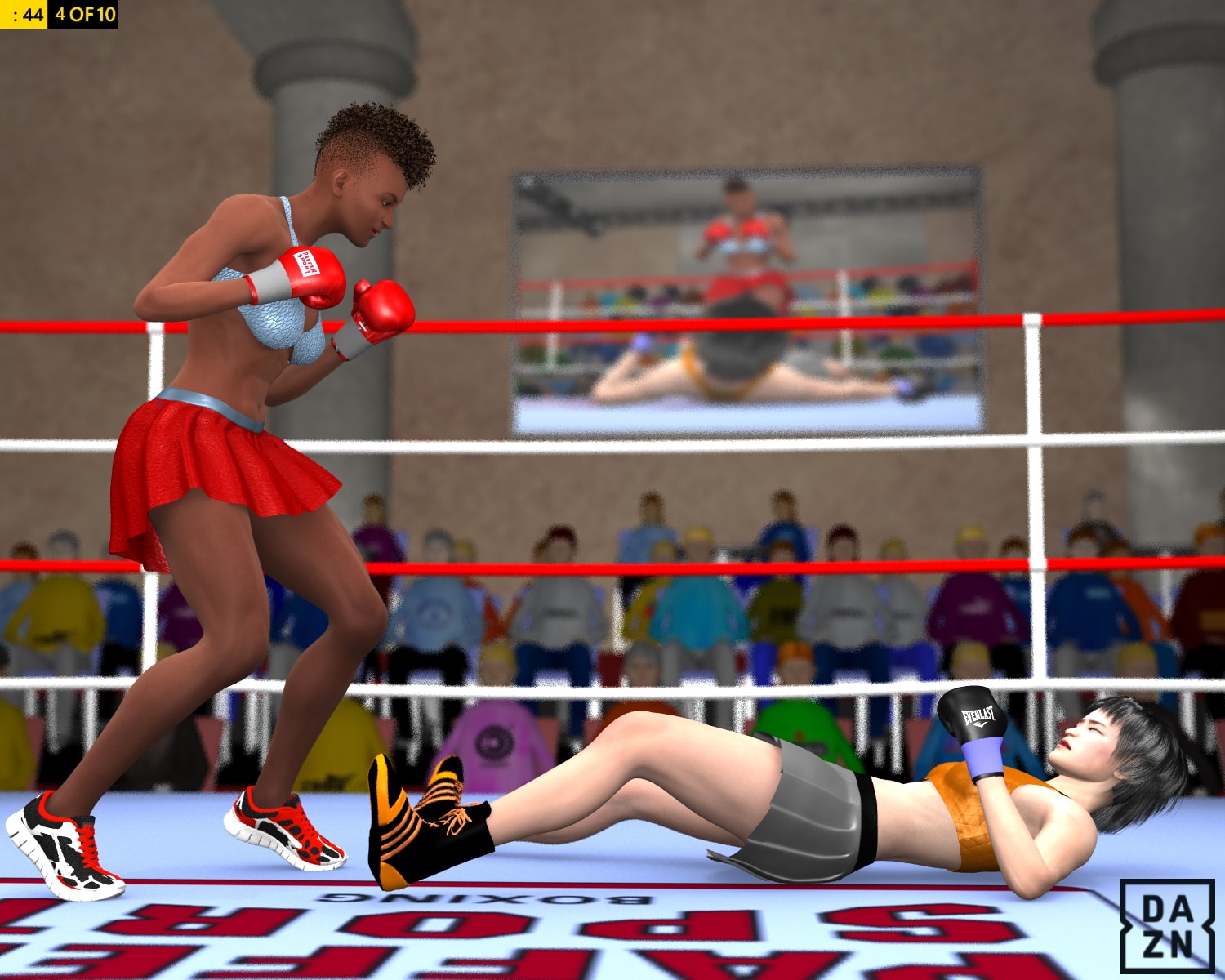 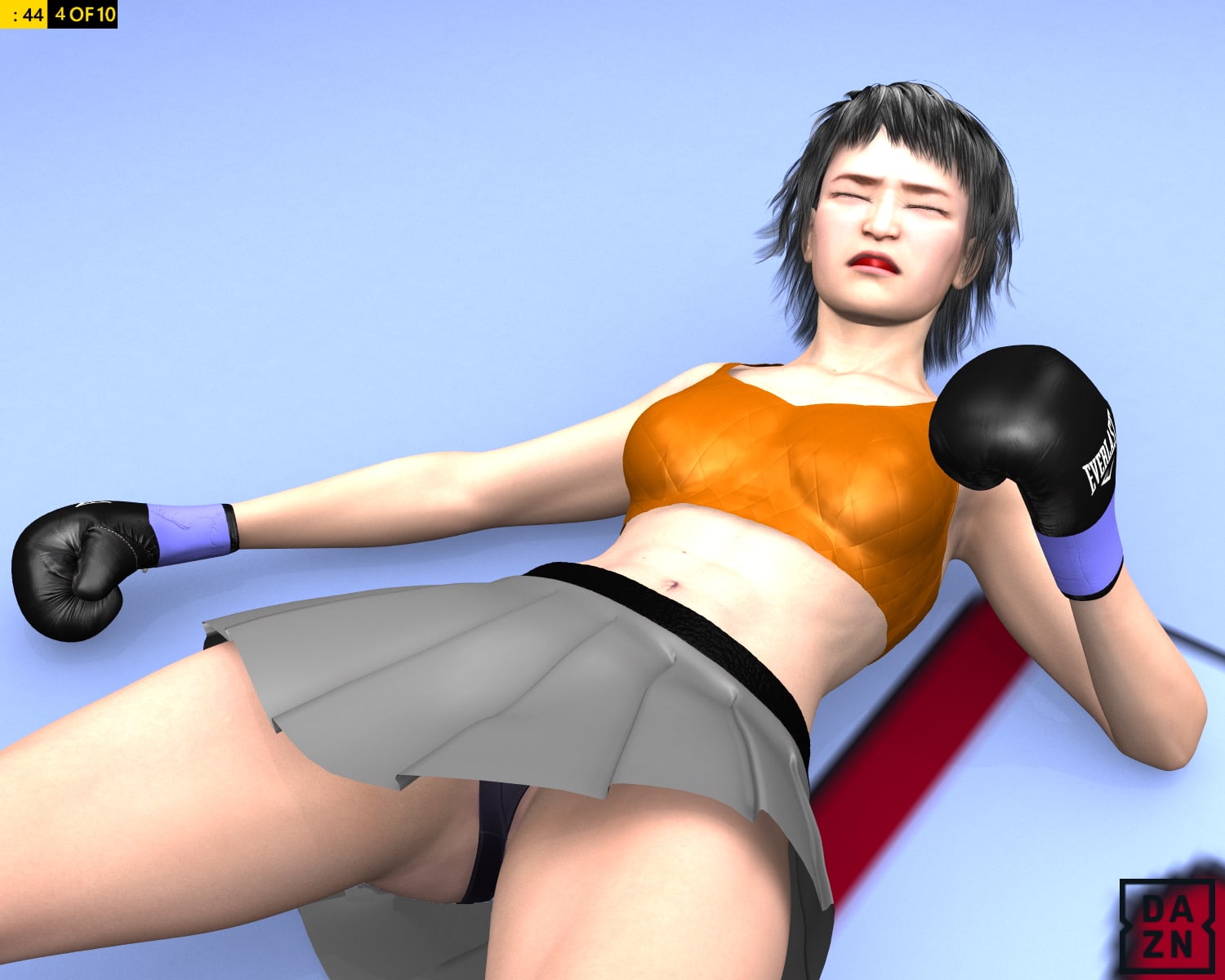 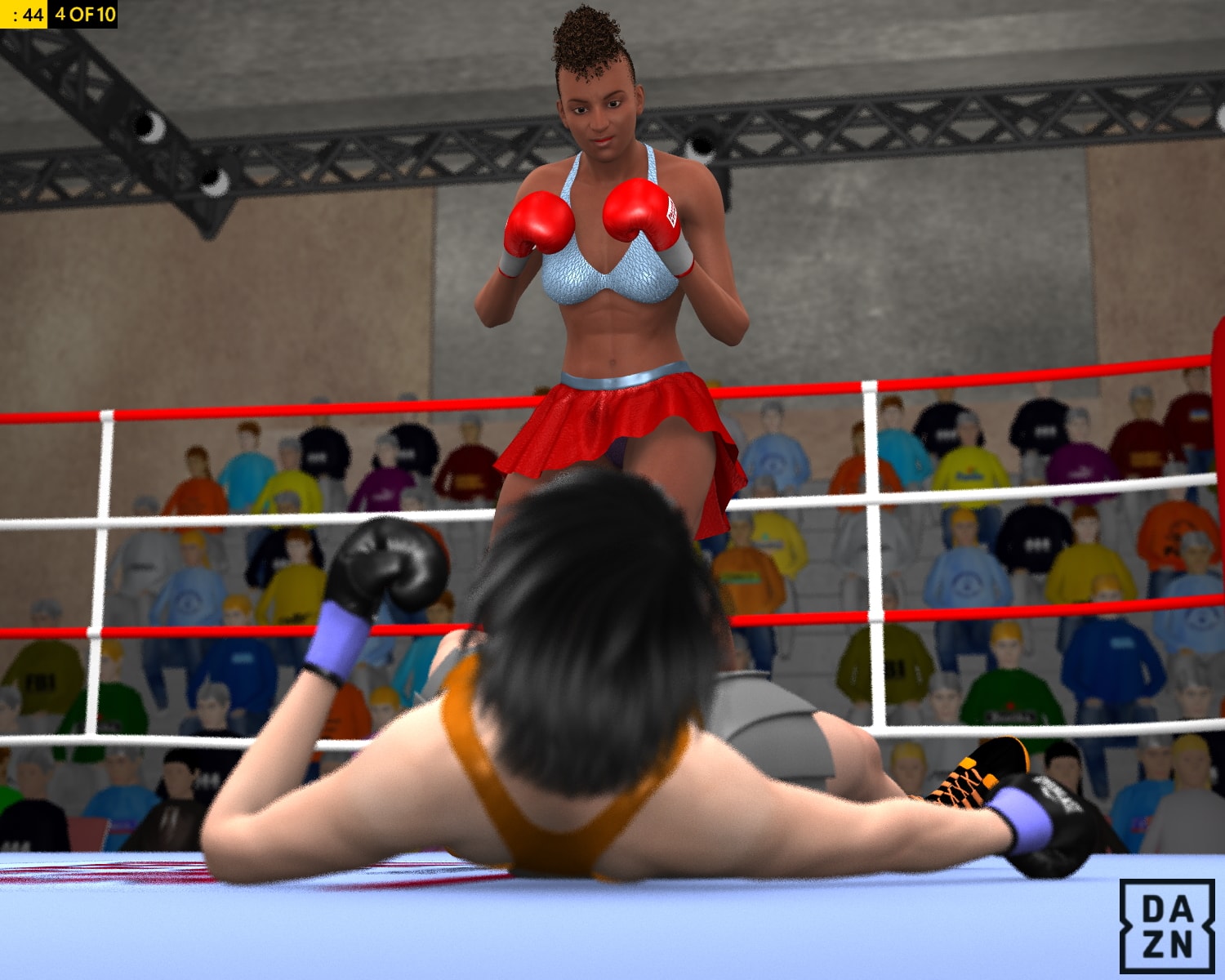 Hee Jung Park didn’t get the nickname the Empress by being a pushover. She’s up on her feet by the count of five and ready to go as referee Kanti Agrawal counts. 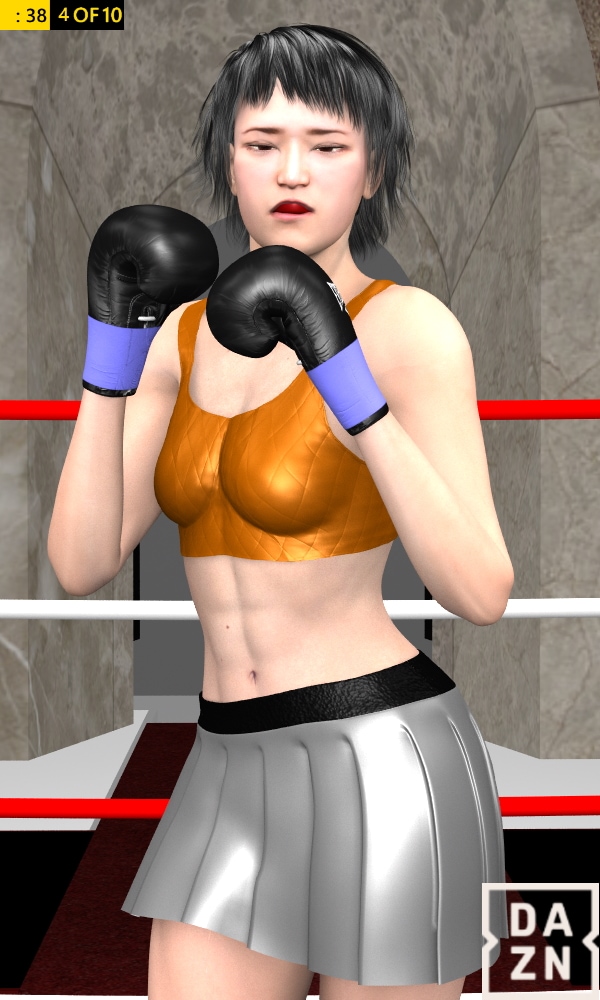 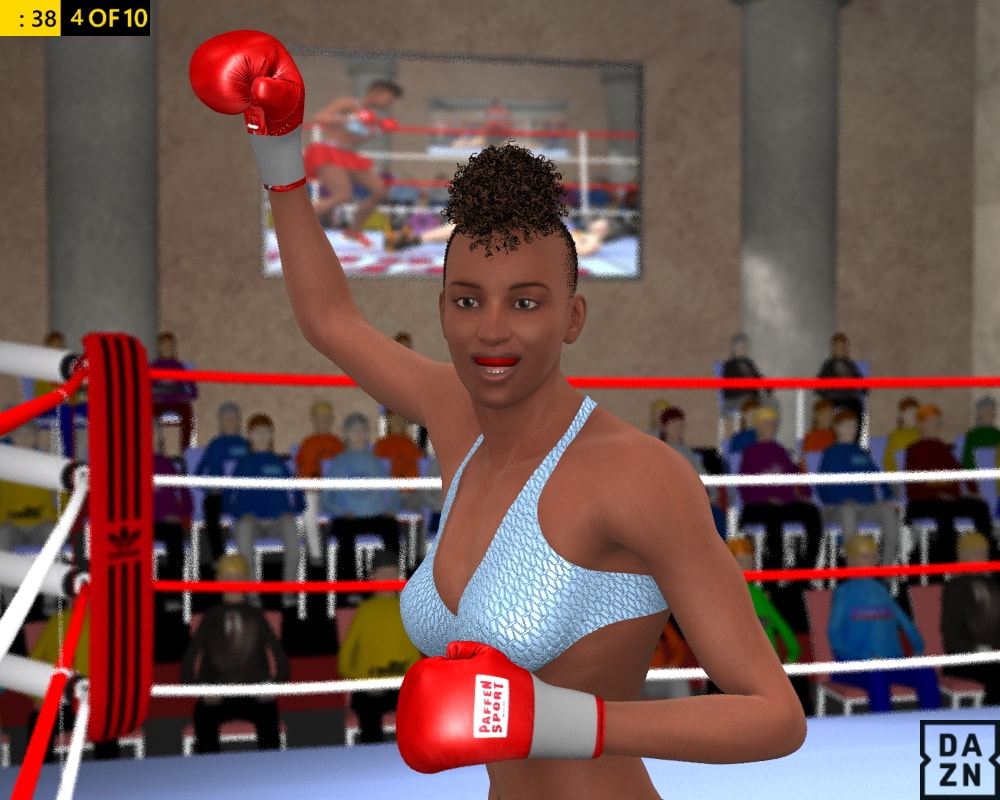 Wambui dominates the remainder of the round but the heart of the champion cannot be easily ignored.

Hee Jung Park is a legend of the game for a reason. With four rounds of watching Wambui under her belt, she begins to pick apart the little flaws of the Danish fighter. Slowly, inexorably, Hee Jung begins squeezing Wambui. Hee Jung makes her pay for every punch that misses. The Empress starts winning rounds and she starts hurting Wambui.

The tenacious Dane doesn’t back down, but the marks on her face show that she is paying a toll for doing so. 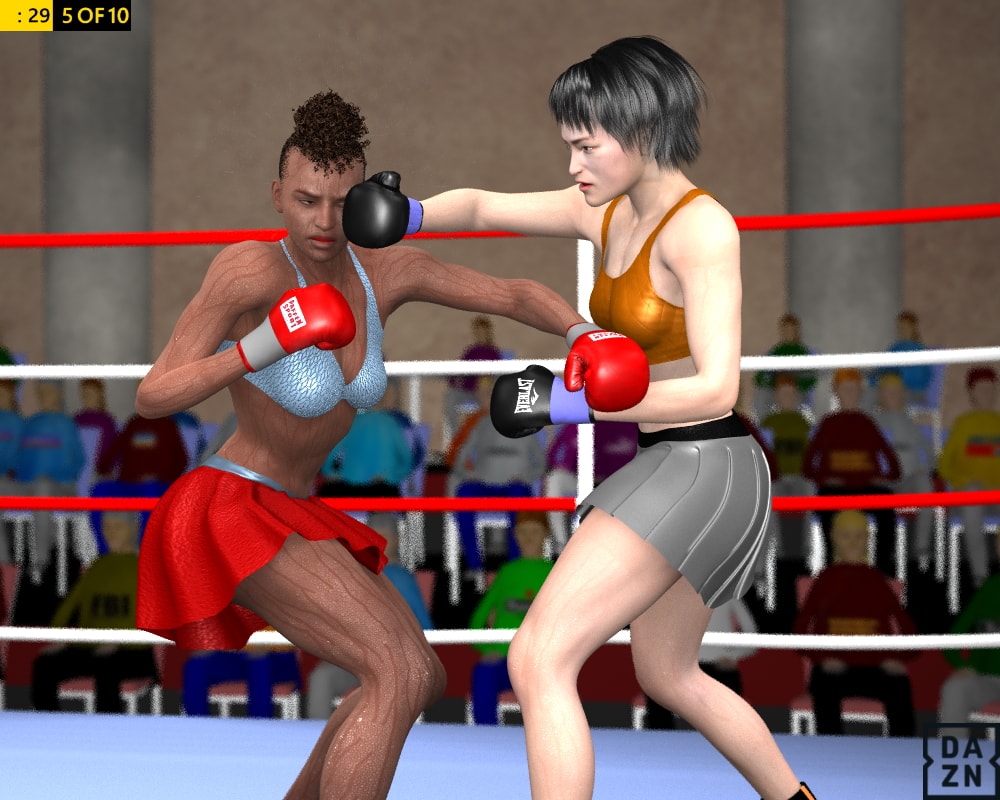 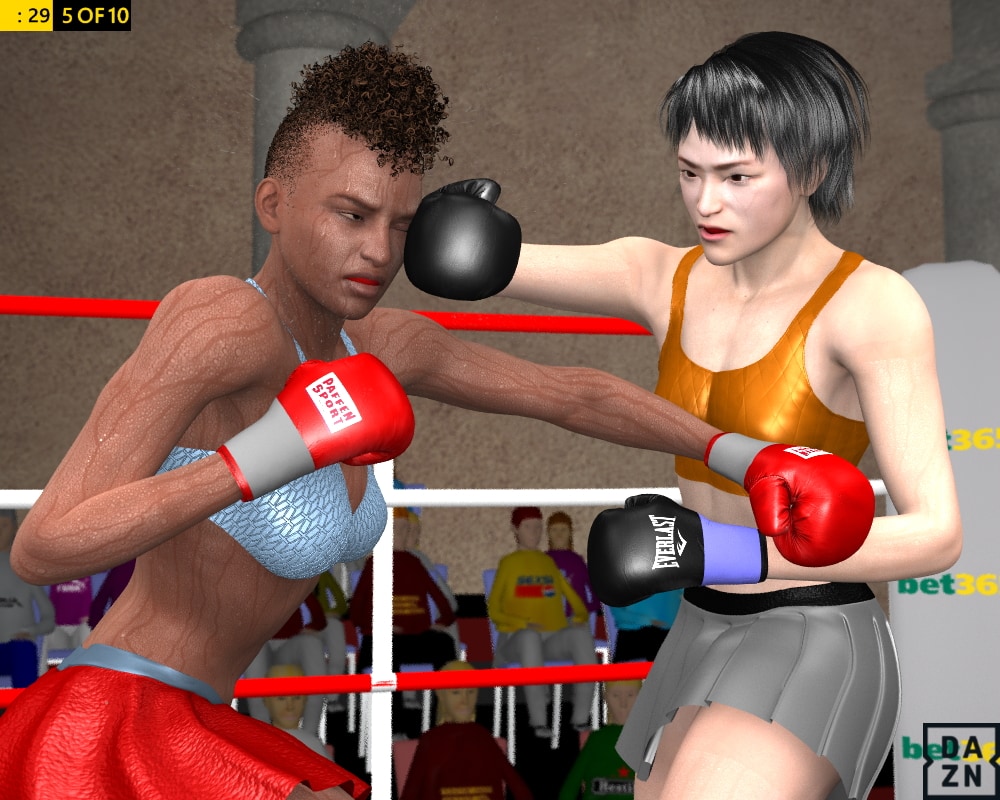 By the Round 7, momentum has completely shifted back to the champion. The increasing swelling on Wambui’s face shows the damage that the champion’s black gloves have caused her. The Dane might be physically bigger, but Hee Jung’s punches have been impactful.

In the seventh round, Hee Jung batters Wambui around the ring with accurate punch after accurate punch. Trapped in the corner, Wambui raises her arms to protect her head, but Hee Jung changes her focus and lands a savage punch right on the beltline. The reaction is instantaneous, the Chadian-born challenger goes down to her knees in obvious pain. 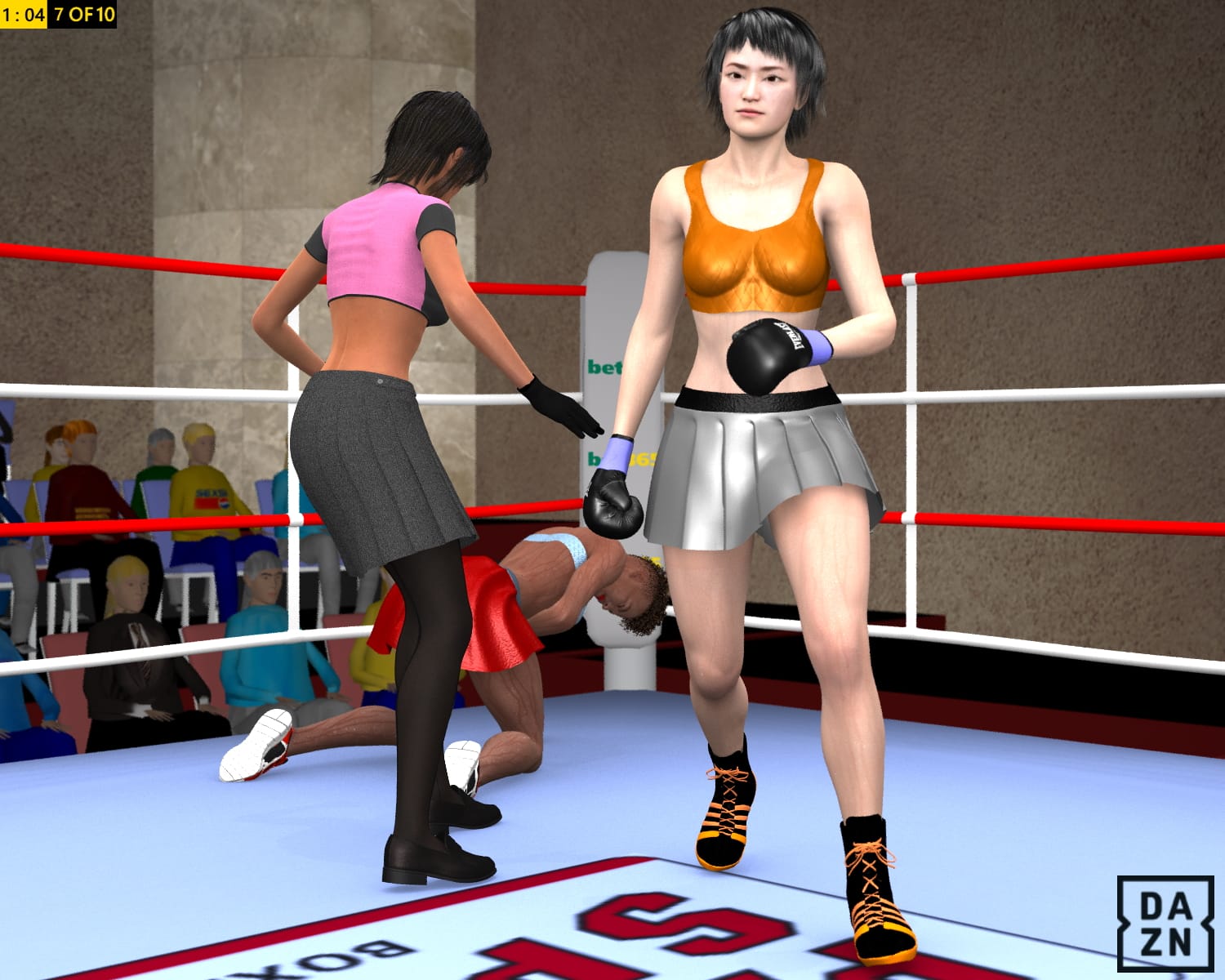 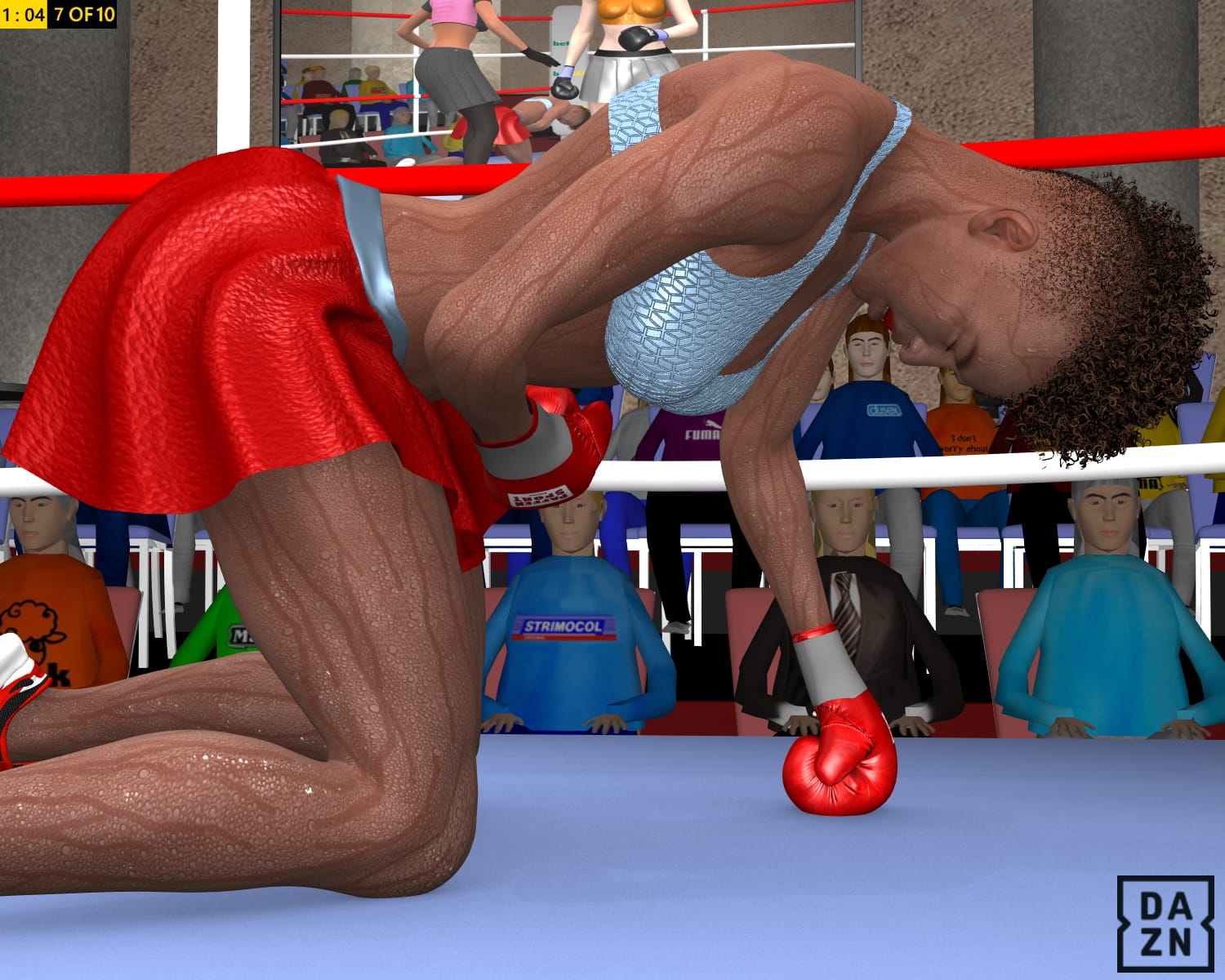 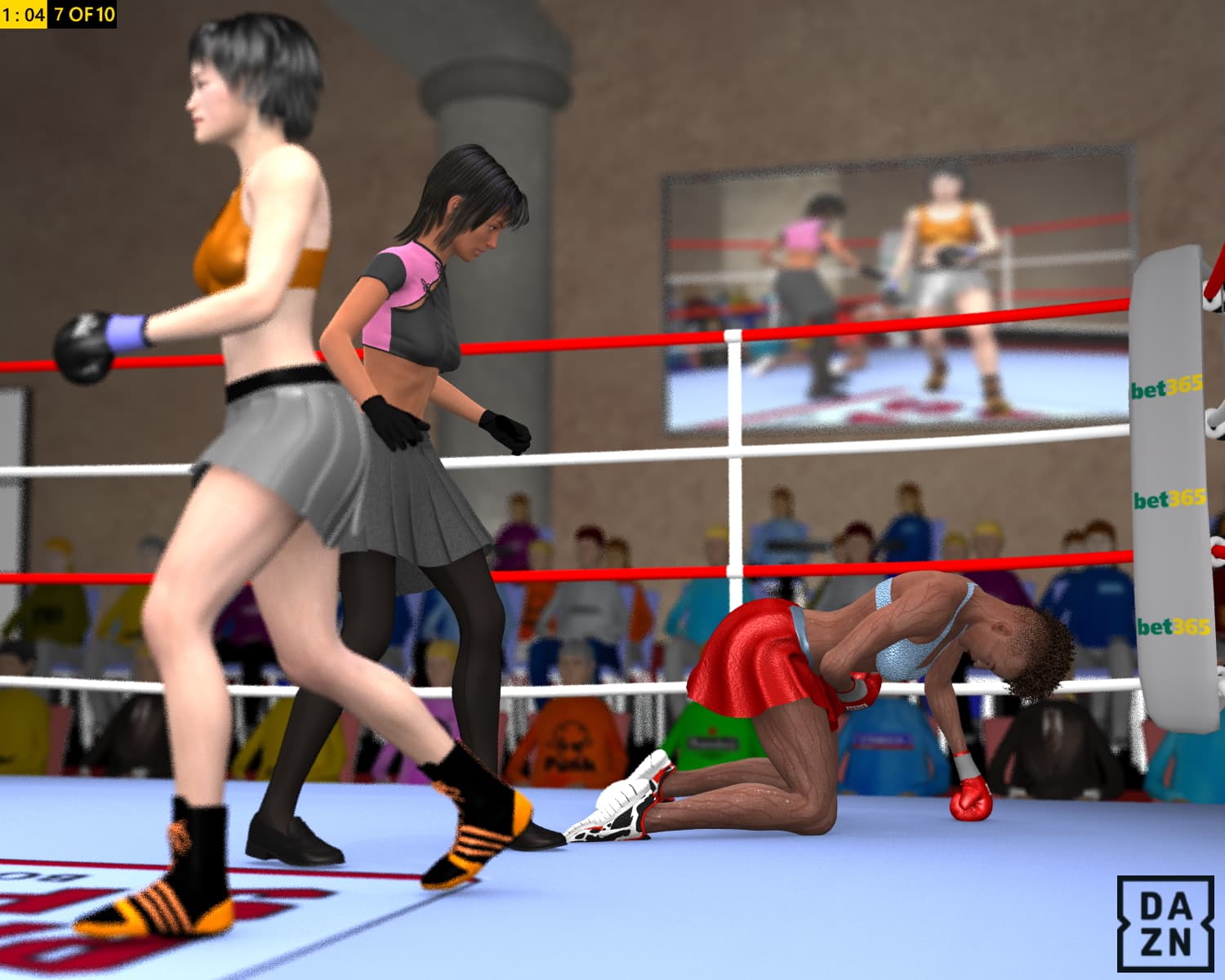 The tenacious Dane is up by the count of 8, but the punch has clearly taken something from her. Before, Wambui seemed to pose a threat. Now she just seems to be mentally broken. The Empress is just wary enough of the tricky southpaw that she does not look to emphatically close the show.

Round 8 is a disastrous one for the challenger. Although she is down on the scorecards, a decision win is not quite off the table. That is until late in the round, Hee Jung lands one of the wicked counters she has become known for, landing a right hand that Wambui never saw coming. The reaction is instantaneous, the lights appear to go off for the challenger, and she lands flat on her back in a heap. 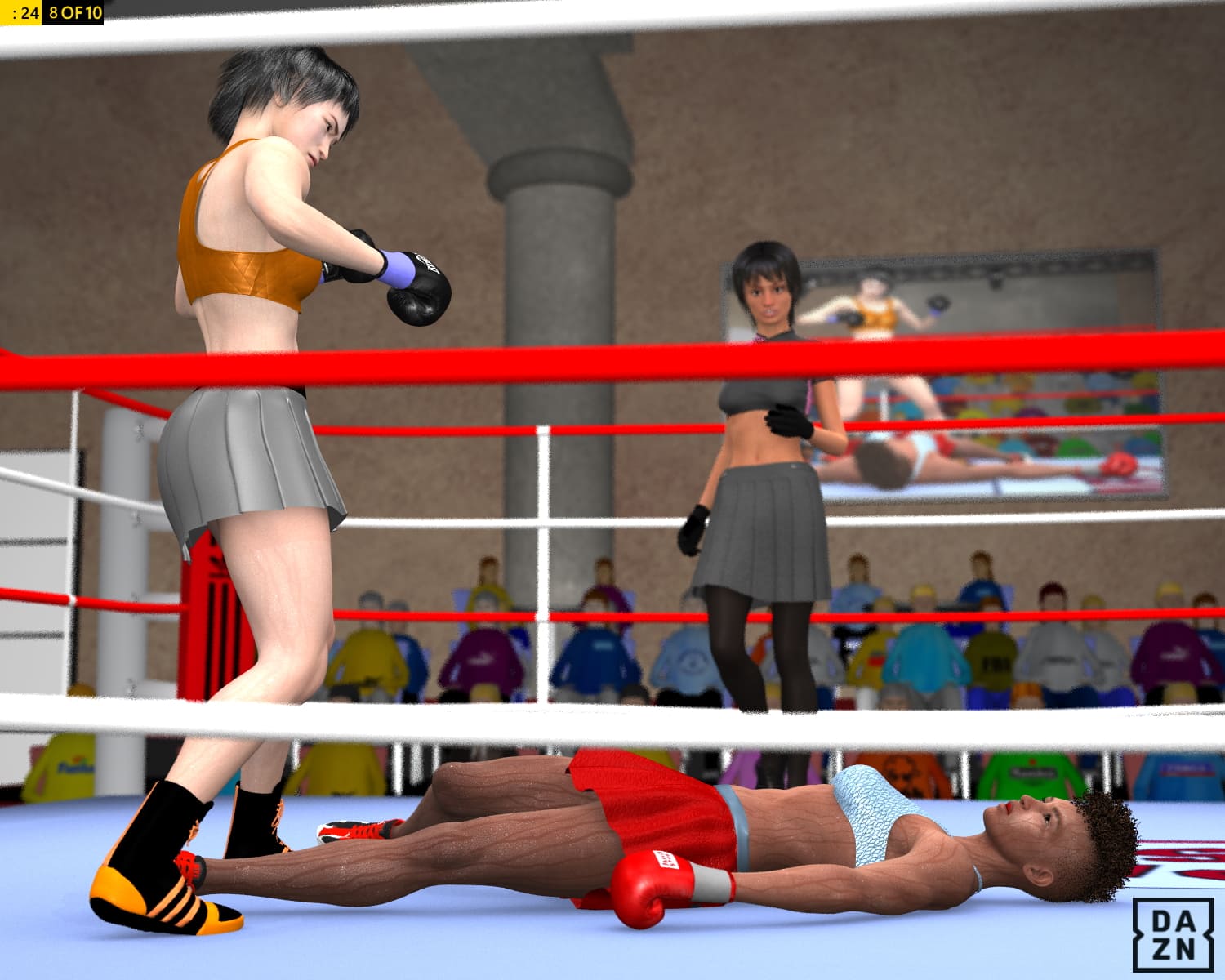 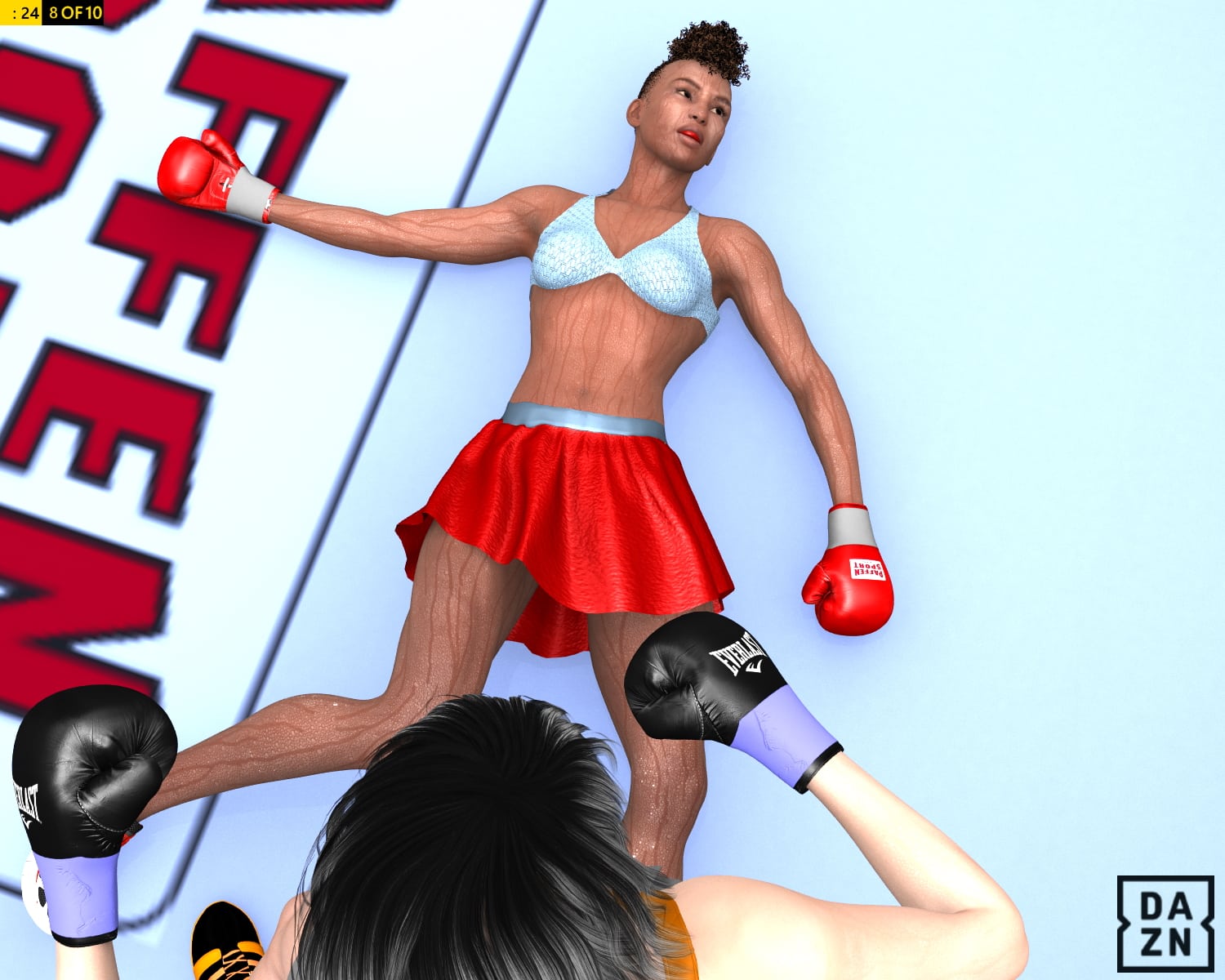 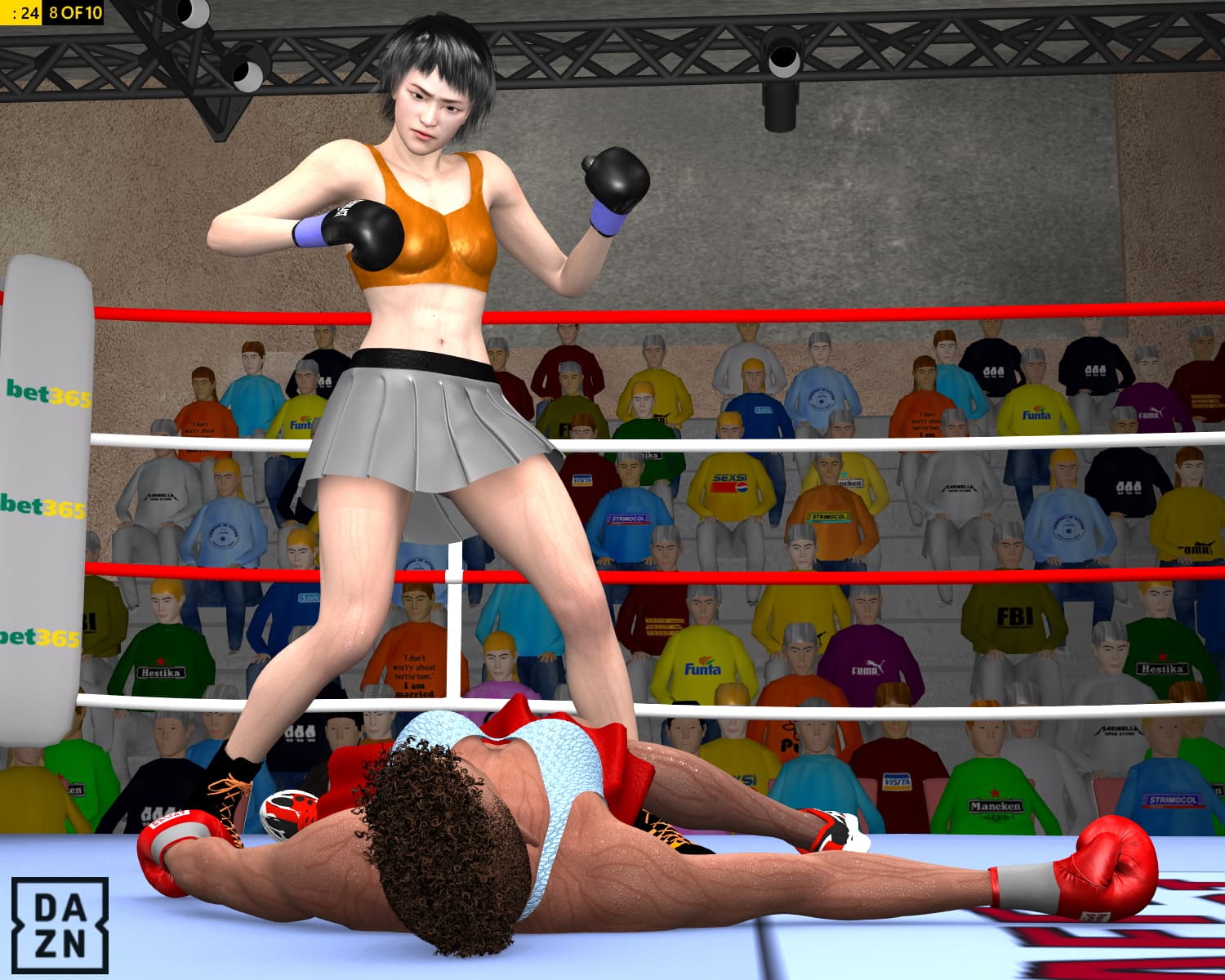 To the crowd’s delight and amazement, Wambui does stagger to her feet just in time to beat the somewhat slow count of the referee.

Round 9 is a clear round for the champion, who takes few risks herself, but makes Wambui pay for the ones she takes.

For the 10th round, Wambui’s corner gives her all the motivation she could possibly need to go for the knockout that she clearly needs to win the fight. The Chadian Viking throws caution to the wind for the first minute. Then she runs out of steam.

Hee Jung doesn’t take the same amount of risk, but she knows her challenger is more or less finished. She spends the last 30 seconds of the fight leathering Wambui with solid punches. The Chadian is on wobbly legs but as the time ticks down, she tries to fire back, hoping for a miracle. It’s doesn’t happen – in fact it only leaves her open to receive a punch in return. 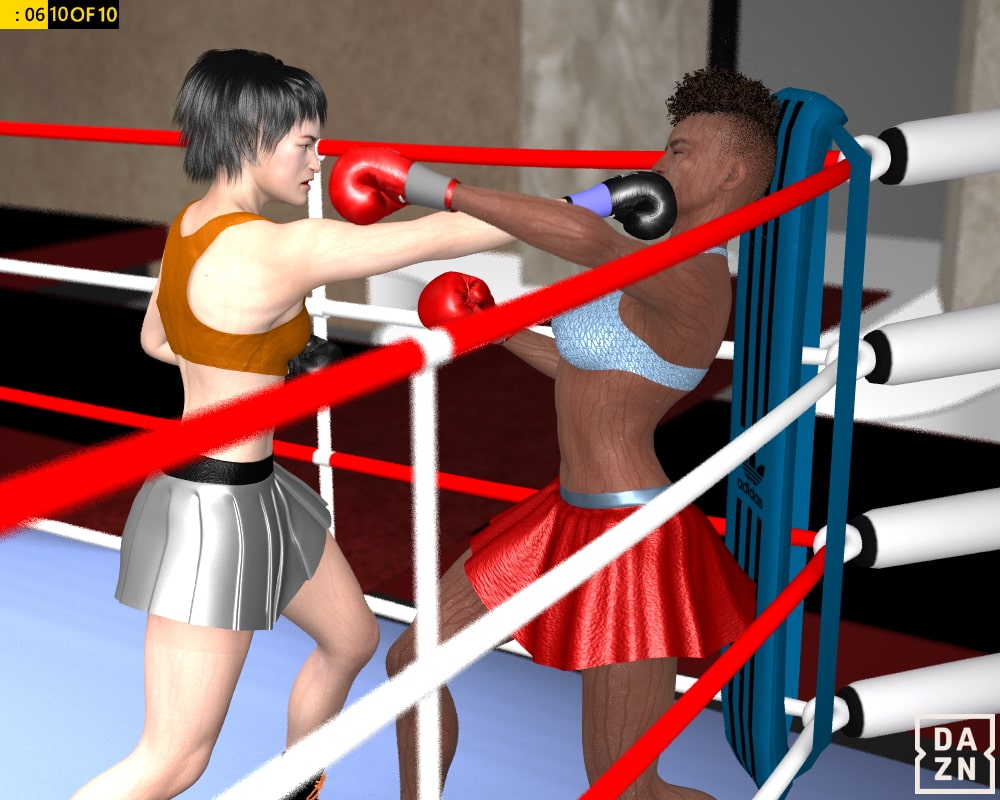 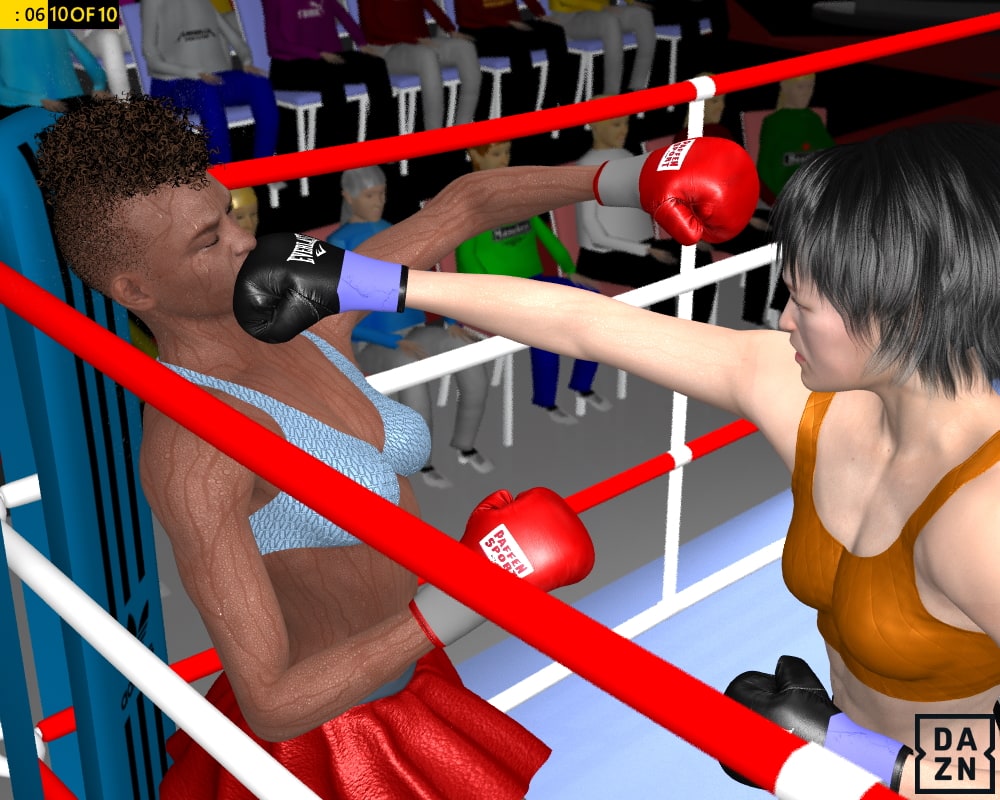 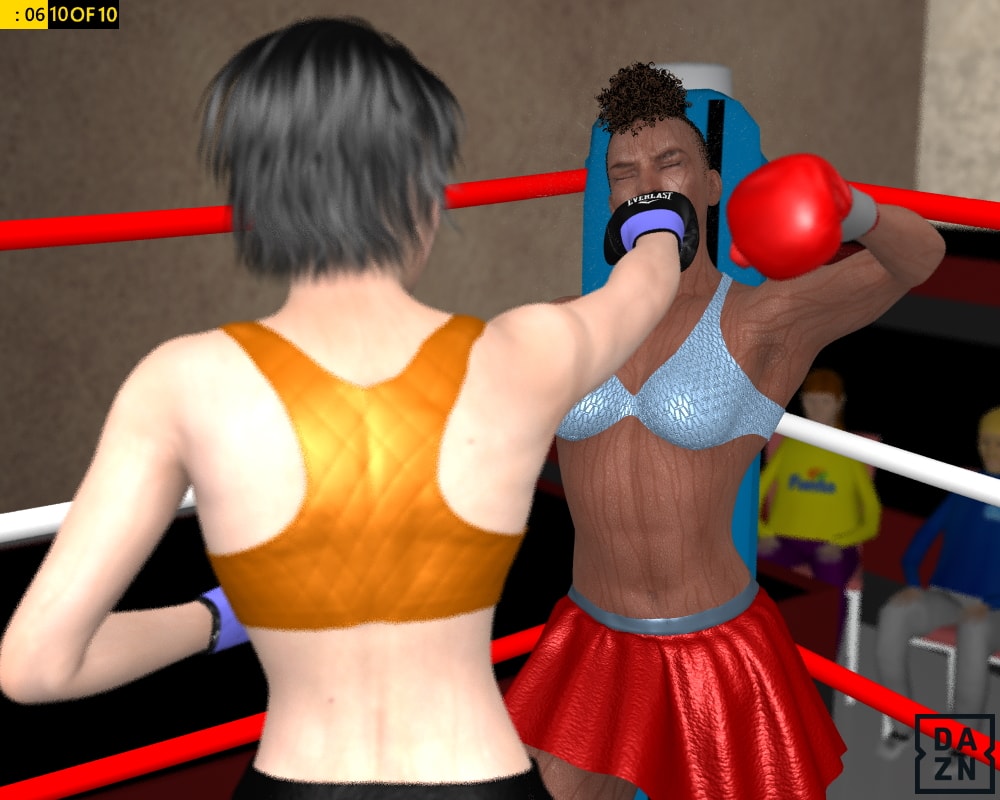 The bell rings. An exhausted local boxer is applauded by the crowd for her effort. They know she hasn’t won, but she’s proved her toughness a hundred times over.

The ccores are academic, with a unanimous decision being granted to the champion. Her arm is raised by Kanti Agrawal. 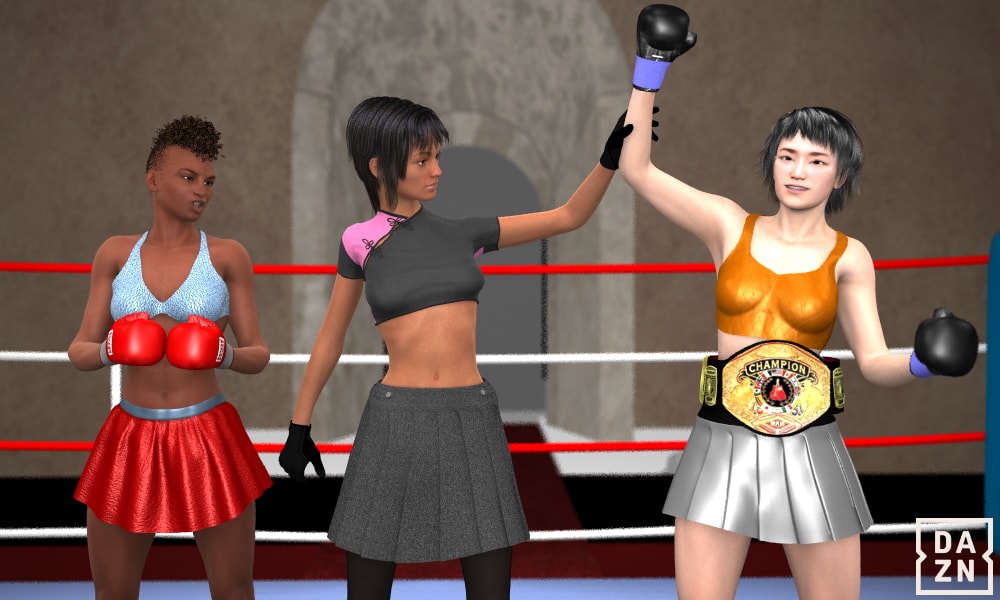 Post fight, the fighters are asked for their opinion on the action.

Hee Jung: “It was tough fight against a challenger that gave me her best shot. She is a very good fighter, and I struggled early. But after the adjustments I made, she could not adapt. And I think she got tired from the pace of the fight, which she could not maintain. But she was very tough. I hit her with many clean punches and she would not give up, I think the crowd can be proud of their fighter. But I remain champion.”

Wambui: “To be so close and yet so far. I did what no one had been able to do yet in this division – I floored Hee Jung Park. Of course, she didn’t seem to like that and she floored me twice! I obviously respect the result, a deserving win for Hee Jung. I am not sure if there is anyone in the division that can defeat her. Maybe only time can. All I know is I won’t stop trying. Thank you, for your support Copenhagen! I will be back.” 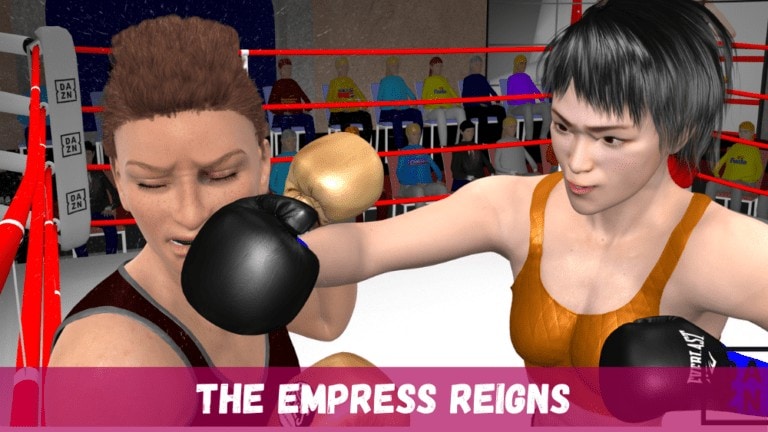 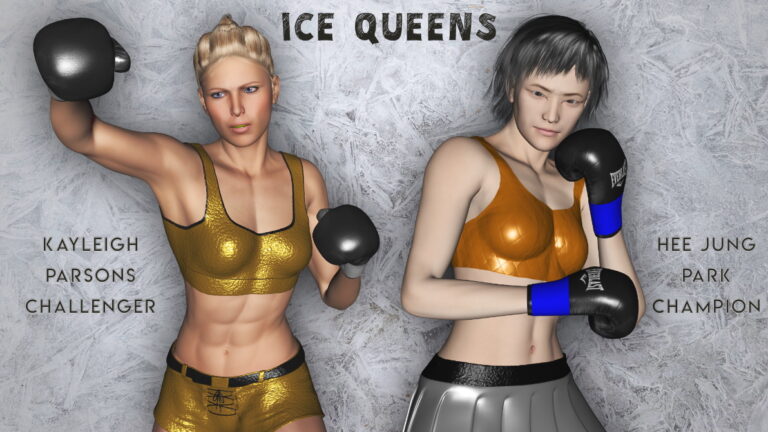 This excellent fighter is an example of successful immigration and boxing skills. And stylish hair.
Profile
basic HTML to style comments