The match may be agreed upon, but there’s still lots of work to be done. The two fighters prepare for a training camp for yet another title fight, and its one that neither fighter intends to lose.

Invited to spar with Emma in her preparations for the fight is American Featherweight champion, Sonia Fox. Though she came up short against mutual opponent Tanille Taylor, Sonia made an impression on Emma, who feels like she’s at a good level for her. A hard worker, and tough, though maybe not possessing the top level skills, at least not yet.

True to her nature, Sonia gives Emma tough rounds, engaging in close quarters and showing surprising ability to compete in her strongest area. ‘The Peach’ has picked up a few tips and tricks though and with new coach Sandra Blohm in her corner, there is an emphasis being able to dish out damage, while also avoiding punches of the opponent.

In the third round of their sparring session, Emma is able to twist away from a right hand from a short distance, showing good reactions and instinctive movement. 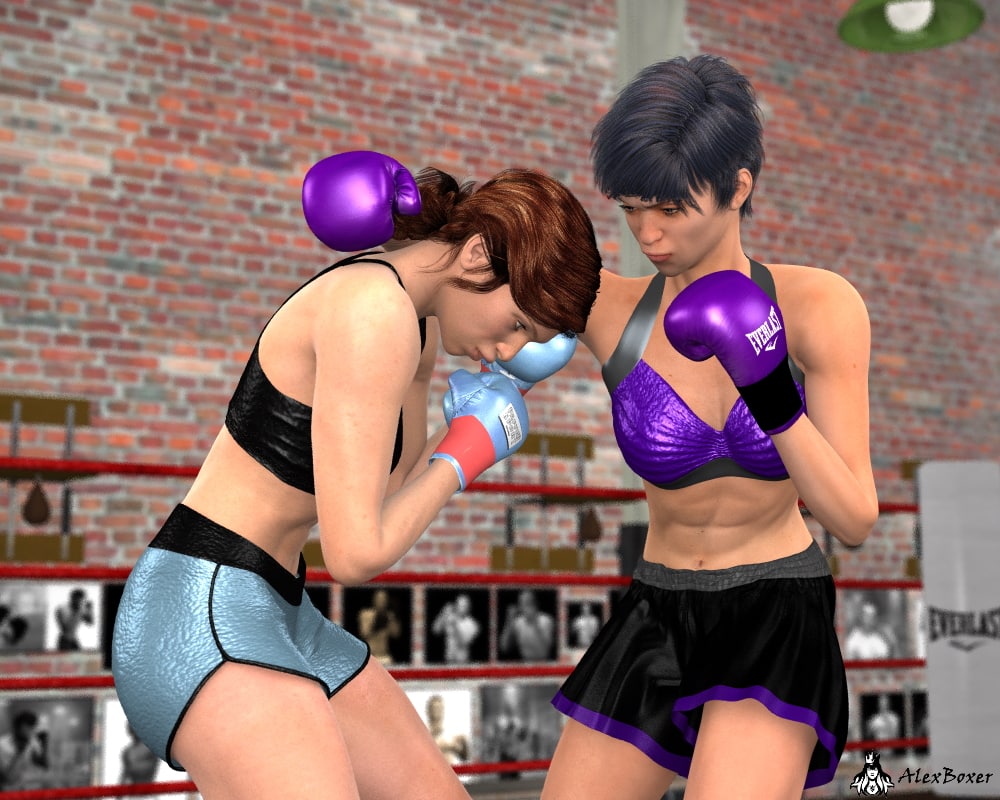 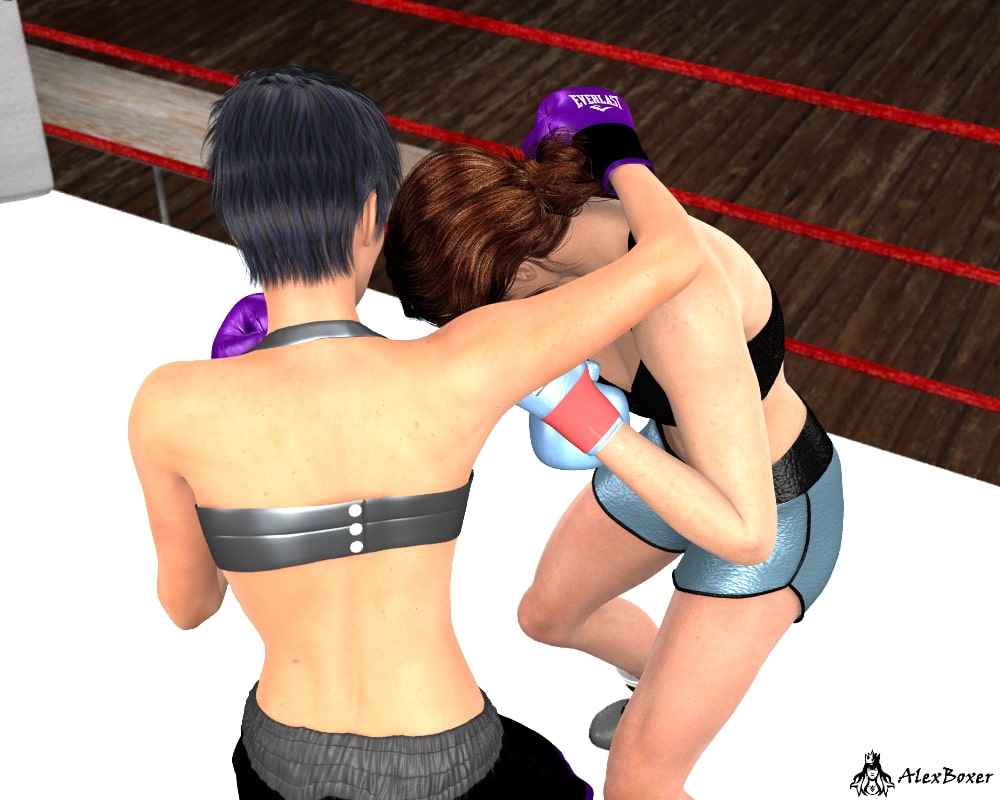 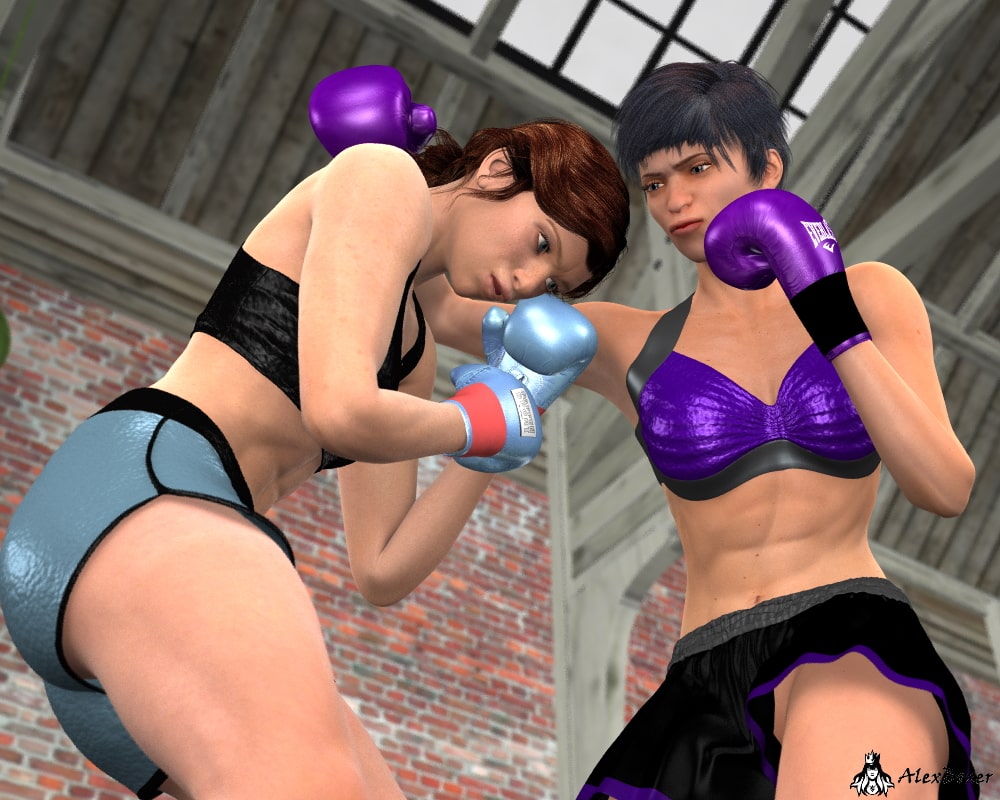 The longer Fox stands in the same ring with Emma, the more ‘The Peach’ is able to decode her, and the weaknesses she finds. Particularly effective for Emma becomes working the body as Sonia struggles to protect both the head and the body. It’s a lesson for the American champ, and one that she is at least getting compensated for.

Sandra thinks: This Sonia girl has a lot of tools that she has not yet refined. I wish she would come here, but I don’t think it would work out. I hope she finds the coach she needs, though. 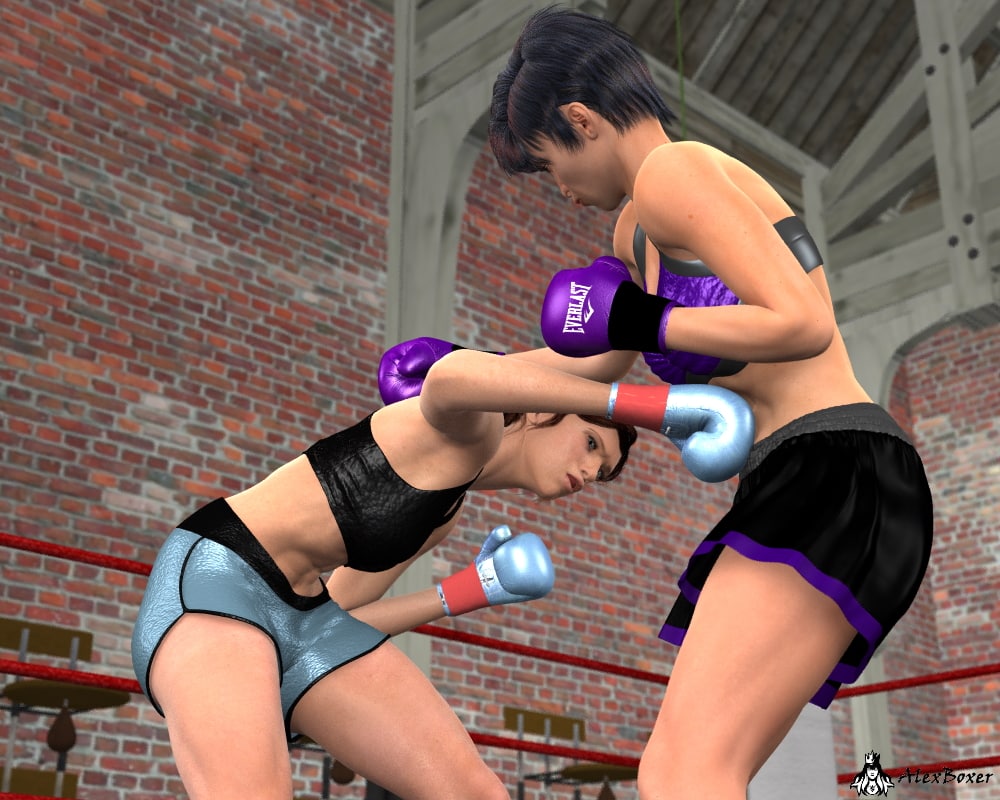 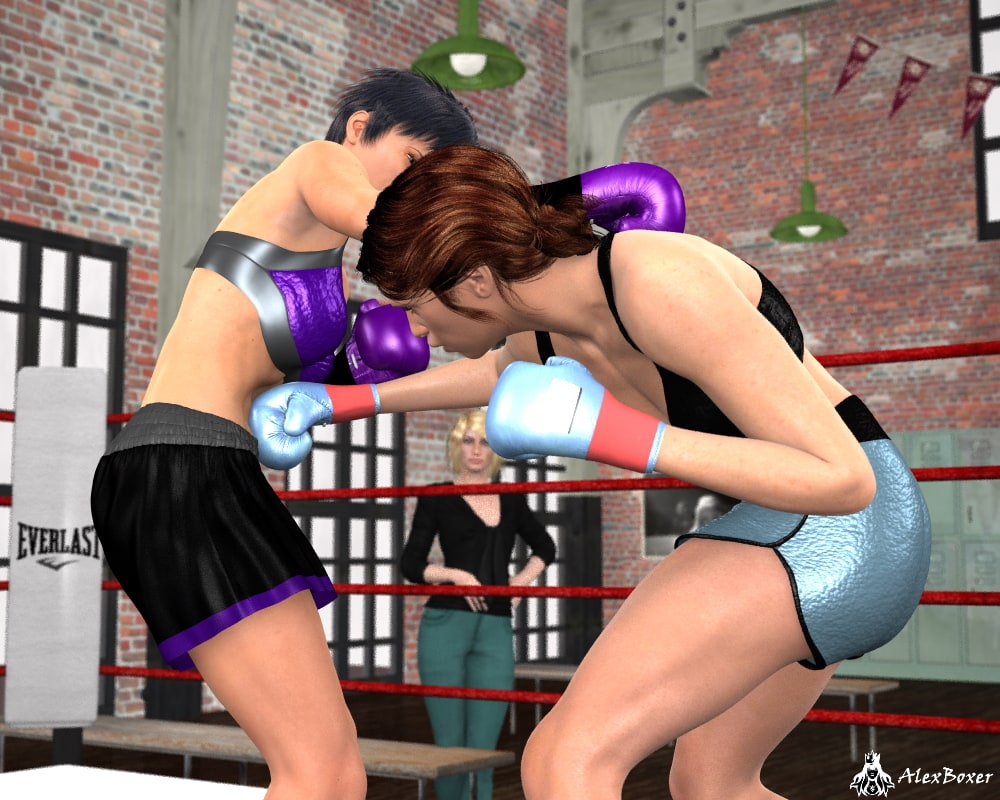 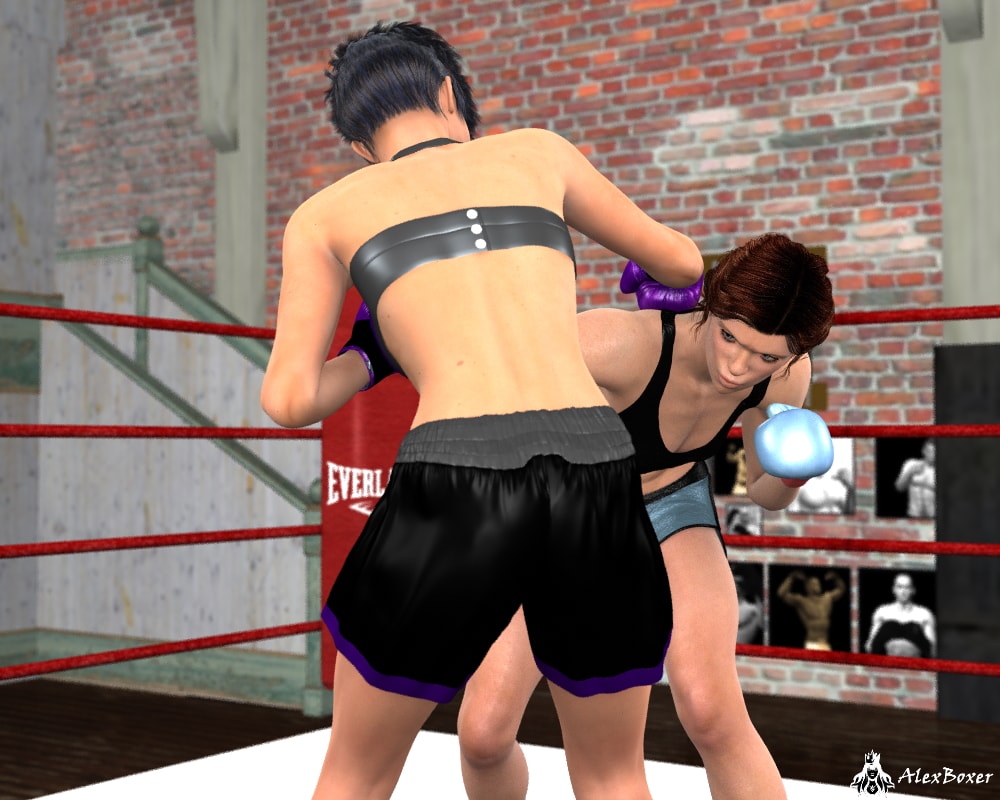 Also working hard is the current champion, Mechelle Gauthier, who is happy to get the fight she wanted and delighted by the chance to be on TV. Her camp has spared little expense to bring in a quality sparring partner – in this case the Mexican champion, Carla Flores.

Coach Sylvie Chouinard wants a puncher with power to spar with to emphasize to her charge that being elusive is the best plan she can have against Emma, who may not hit as hard as Carla, but had no issue flooring Mechelle in their fight either.

Carla’s not the most accomplished fighter, coming in at #10 on the division rankings, but she shows her class against Mechelle, consistently landing the better, cleaner punches of the two of them, including a clever left hook that catches Mechelle strongly. It reminds Mechelle to be more elusive, lest she get hit with more punches.

Mechelle thinks: That had some sting on it. Glad I’m not fighting this girl. She might knock me senseless. 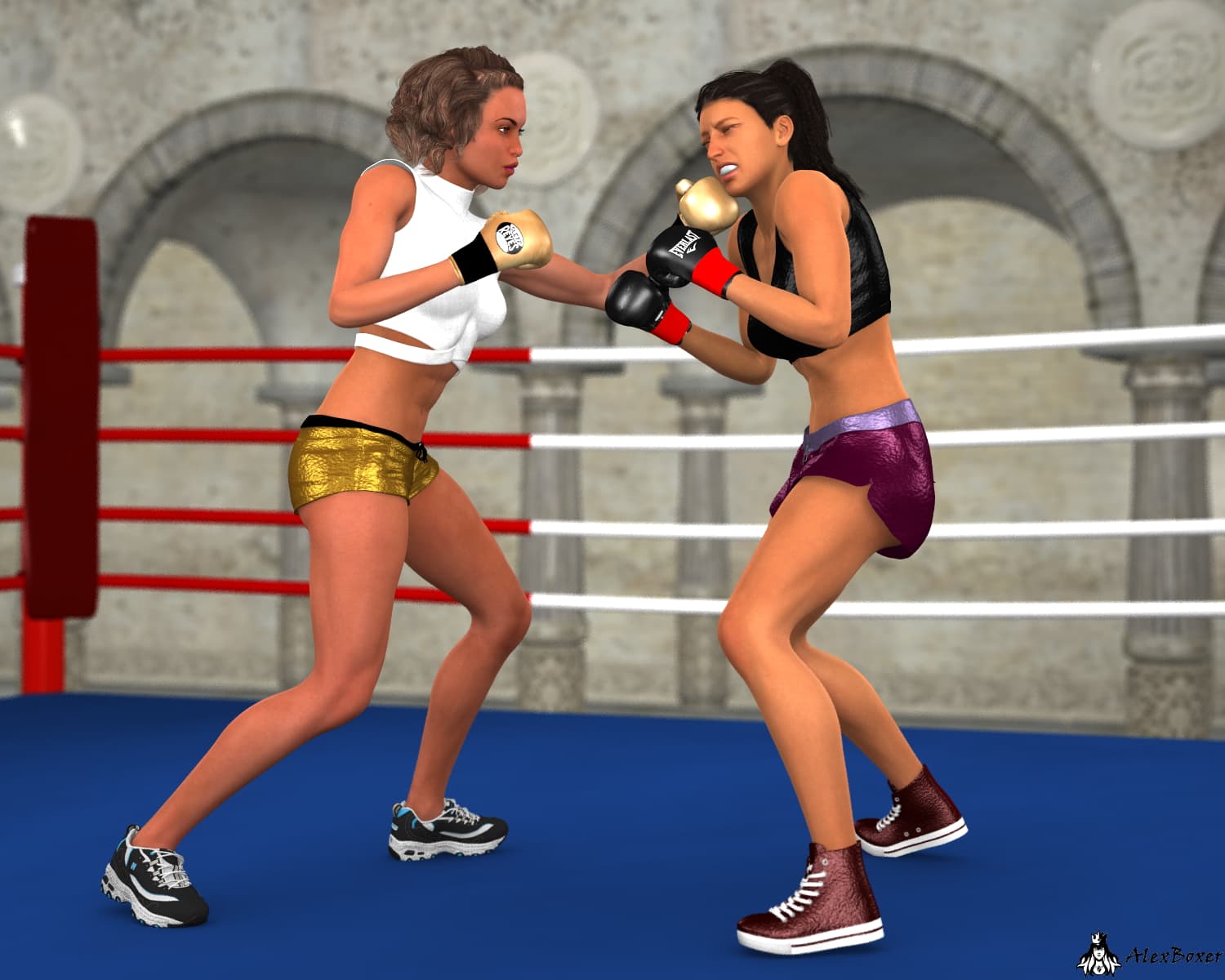 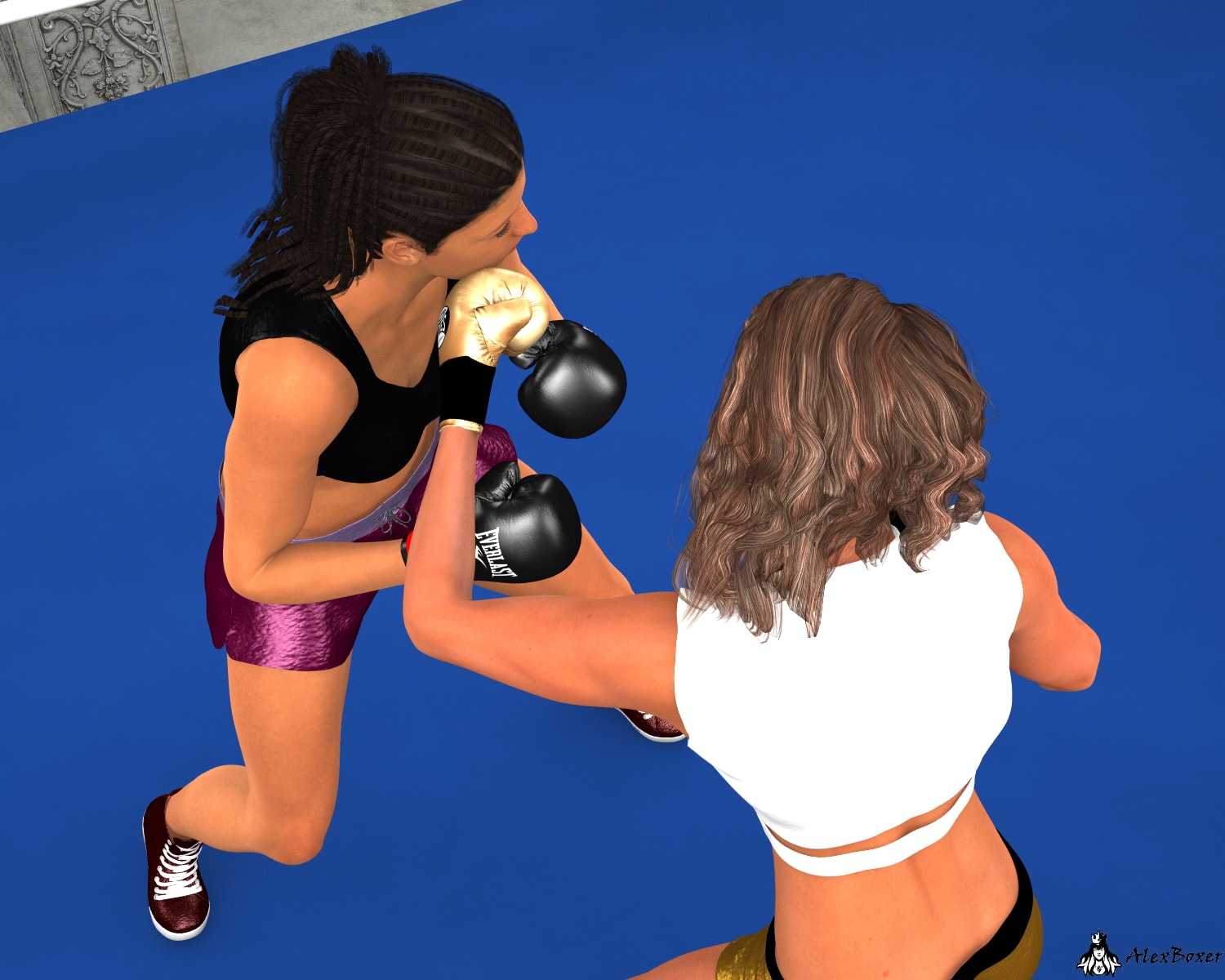 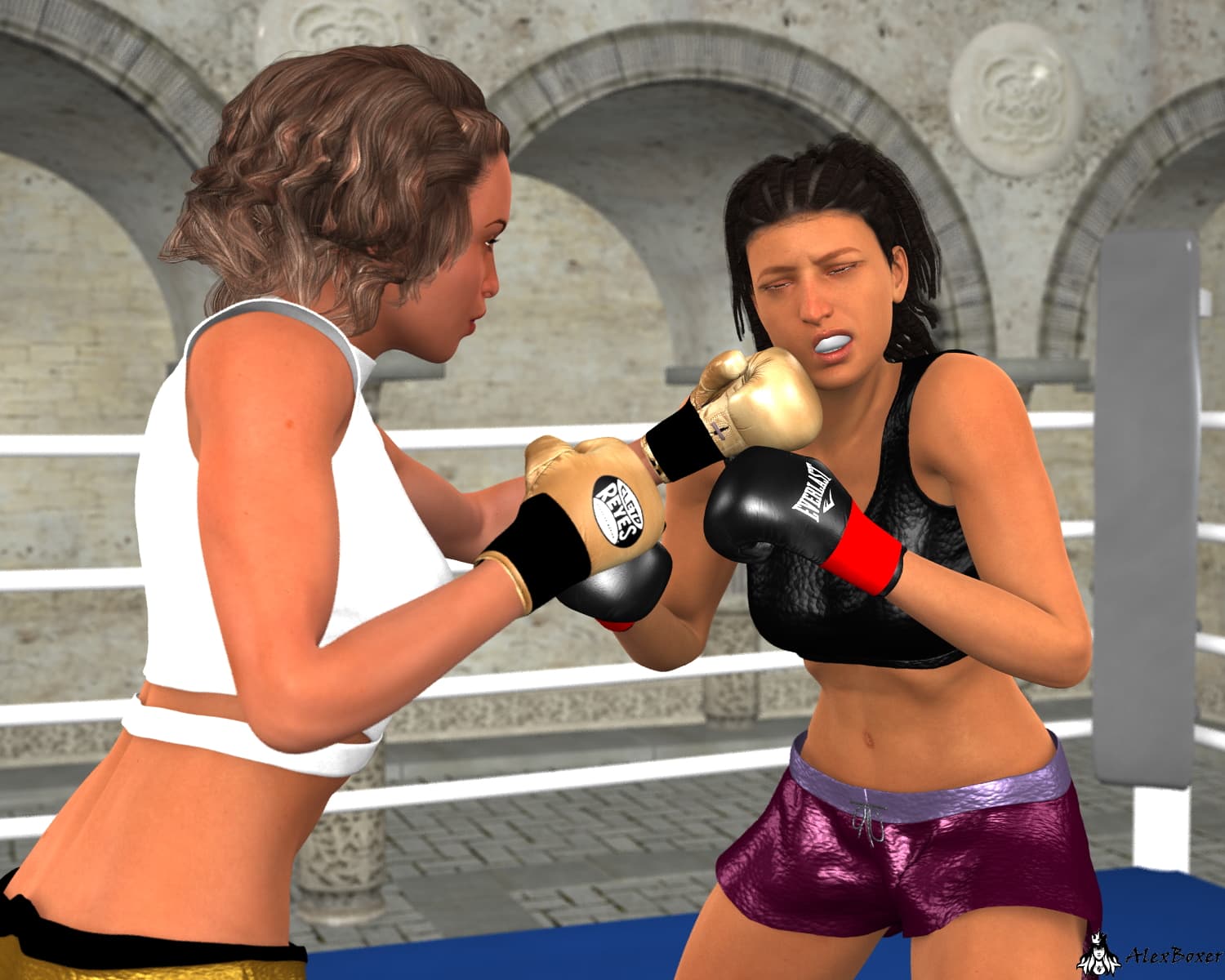 The high level of opponent forces Mechelle to raise her game, and she does so fairly admirably. In a contest of national champions, pride is at stake, even if its just a sparring session.

Digging deep, Mechelle produces her best moment by using a bit of physicality in close. Having learned from Emma in their last fight, Mechelle uses an arm to control Carla’s body position, before unleashing a punch of her own. Without much way to protect herself, Carla takes the full brunt of the punch from the Canadian champion. 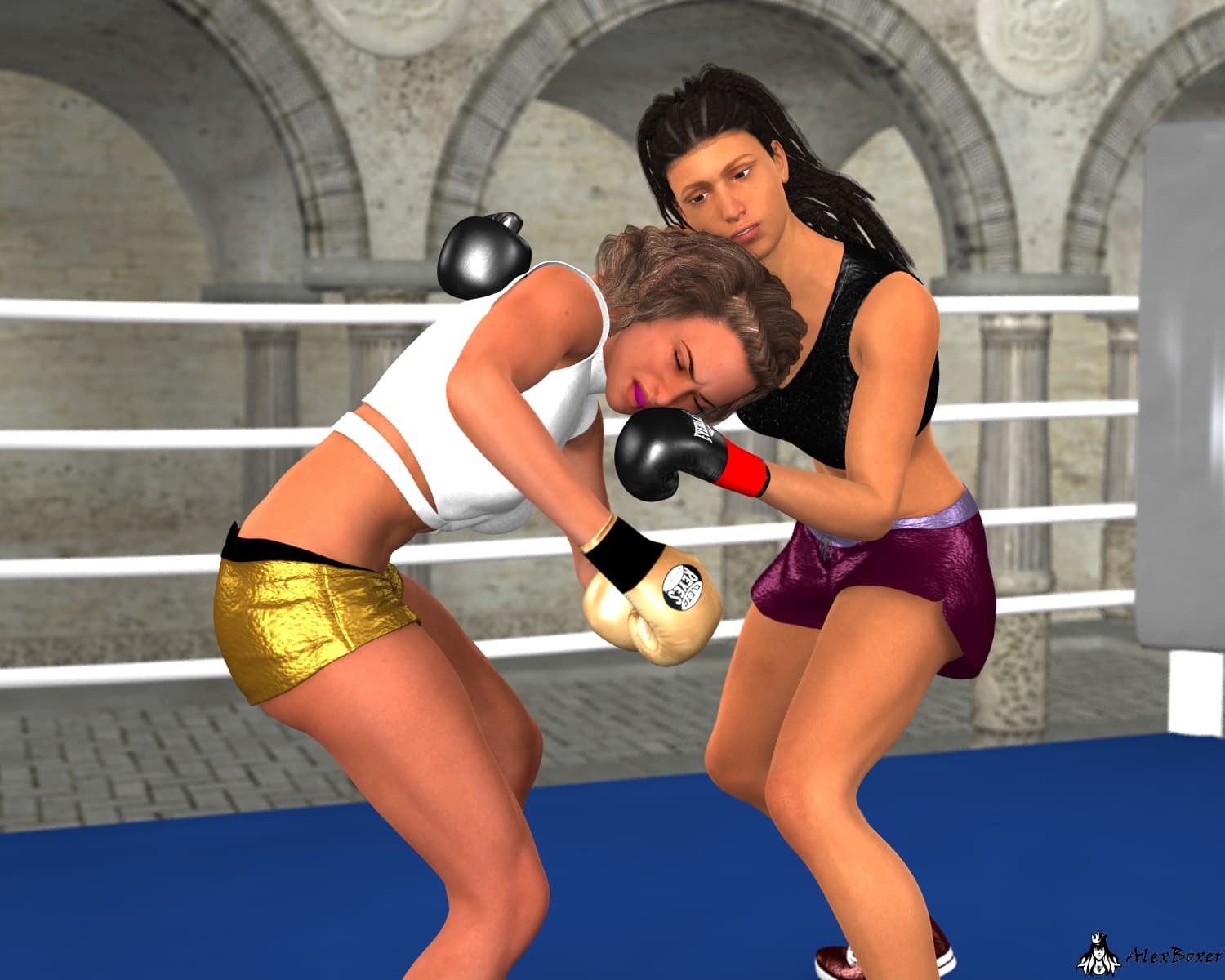 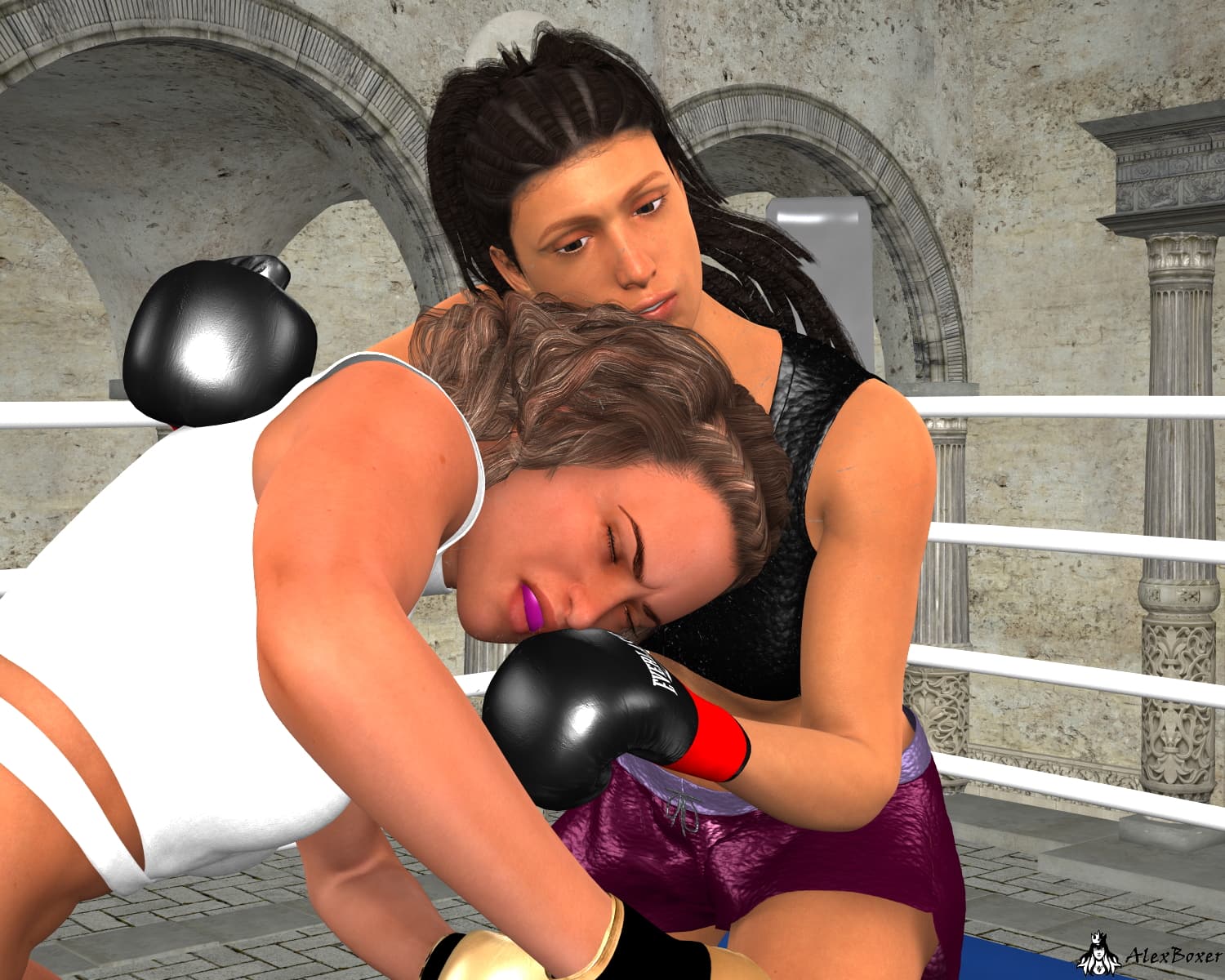 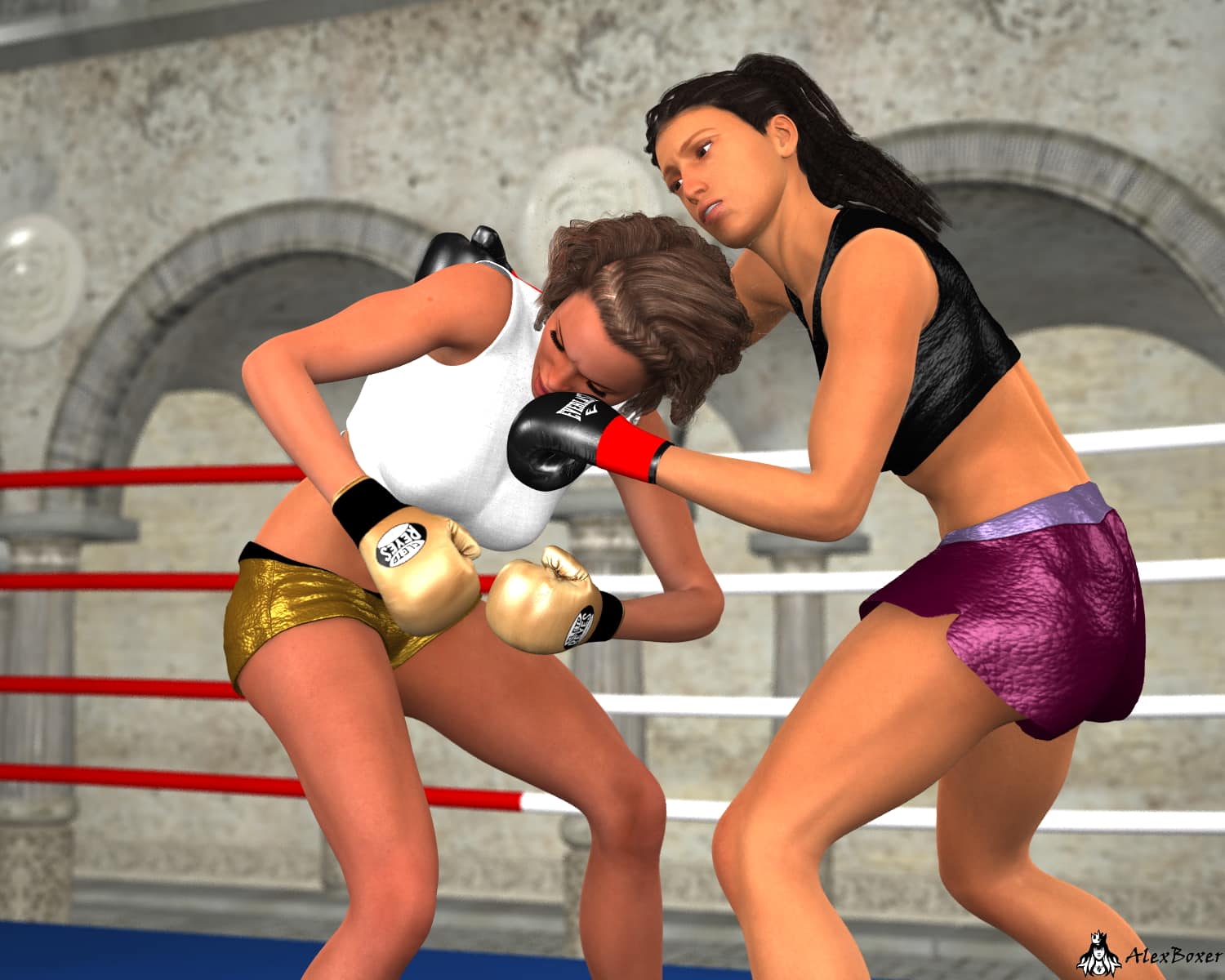 It’s the night of the fight in Ottawa, Ontario, capital of Canada and a very appropriate place for a national title fight. For one, it is the capital of the country and two, it is conveniently a city right between Montreal and Toronto, where these two fighters live.

We are live on Star Sports 2. The commentator for the proceeding is Laila Ali.

Laila: “Welcome everyone to Ottawa! We have a great night of fights here as Ring Kings presents some great boxing here on Star Sports 2. Let’s get right into it as we can warm you up with some hot action between two Featherweights that love to scrap with a title on the line.”

Laila: “Their first meeting happened around last time last year. Both ladies hit the canvas and eventually Mechelle Gauthier was able to claim victory with a knockout in Round 9. McGale has rebounded and is looking to win the title tonight. We’ll take you to a quick commercial and then be back with the introductions.” 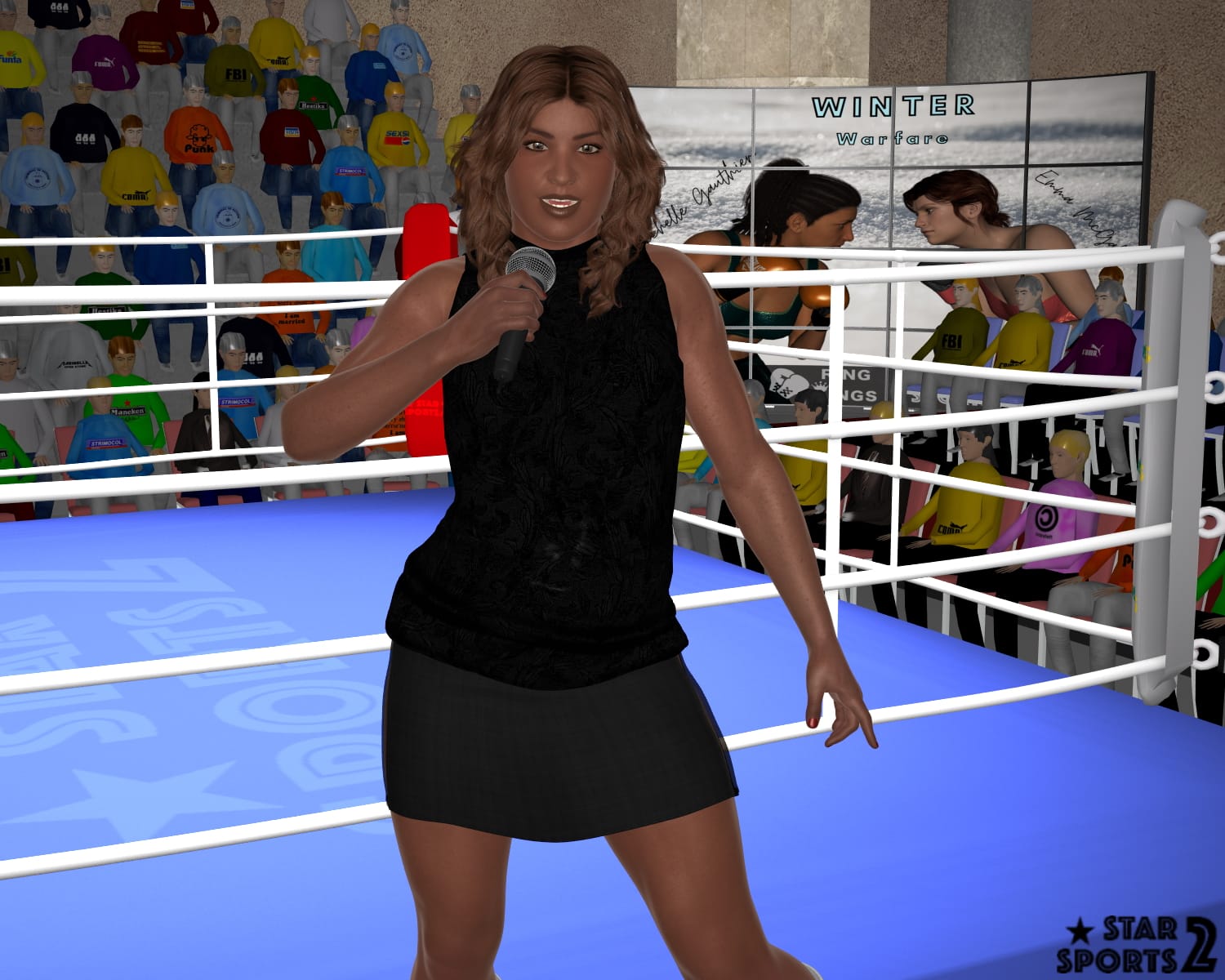 Ring announcer: “Ladies and gentlemen, welcome to the TD Place Arena in Ottawa, Ontario! This is our opening contest on Star Sports 2. This fight will be 10 rounds of action in the Featherweight division and it is for the Featherweight championship of Canada!”

Ring announcer: “Introducing first, the challenger, fighting out of the red corner, her coach is Sandra Blohm. This woman comes to us tonight with a professional record of 11 wins in 16 fights, with six of those wins coming by way of knockout. Fighting out of Toronto, Ontario, please welcome Emma ‘The Peach’ McGale!”

There is polite applause in the crowd for the cute, fan-friendly fighter from Toronto.

Laila: “You may have seen McGale before, but if you haven’t know that despite that cute exterior, this is a girl with the heart of a warrior, who likes nothing more than getting inside and landing hurting blows. A suspect chin can be her undoing, but those black gloves pack serious pain as well. This is her first fight with new coach, Sandra Blohm of Germany.” 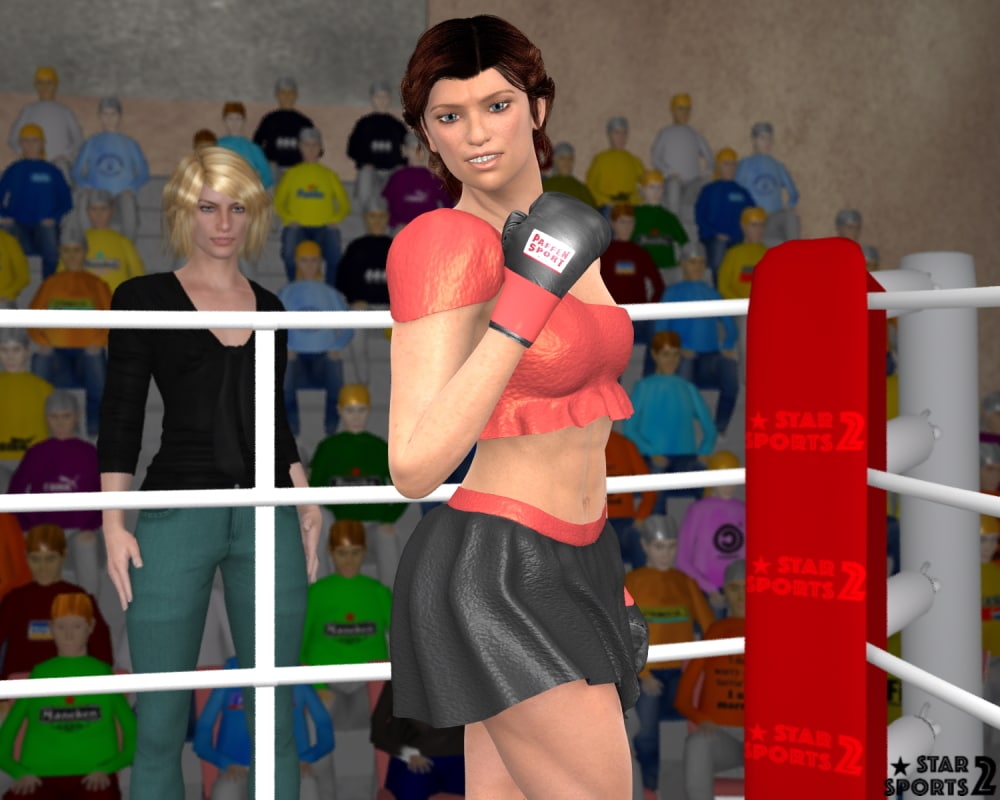 Ring announcer: “Introducing next, her opponent, fighting out of the blue corner. Her coach is Sylvie Chouinard. This woman is the Featherweight champion of Canada, with an excellent professional record of 9 wins against 2 defeats, with 5 of those wins coming by way of knockout. From Montreal, Quebec, please welcome Mechelle ‘The Pretty Warrior’ Gauthier!”

Mechelle poses confidently with the Canadian title around her waist, striking a calm, confident pose and enjoying the spotlight.

Mechelle thinks: You delivered on getting me on TV. Thanks Emma, but its now time to knock you out again.

Laila: “The lovely Mechelle Gauthier is the Featherweight champion of Canada, and like Mechelle, she’s a very fan-friendly fighter, not known for her defence. Content to fight at range, she isn’t the most technically sophisticated, but she fights hard and sometimes that is the difference. She makes her television debut tonight and does not seem awed by the occasion. Gauthier is a small betting favourite tonight.” 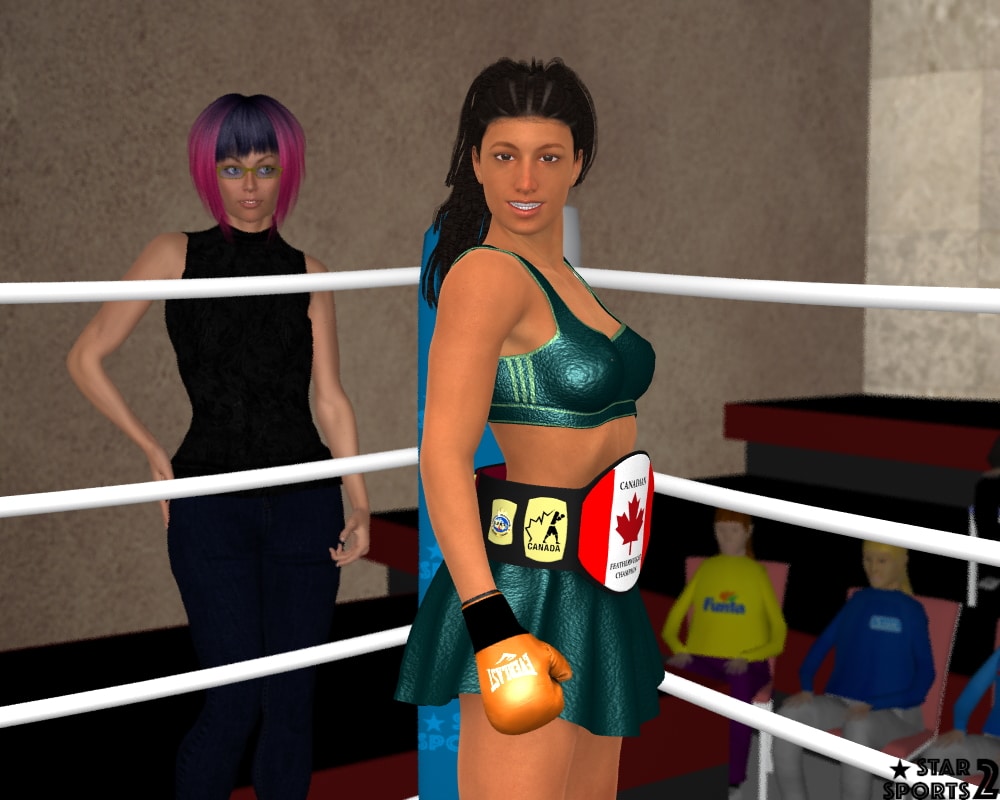 The two fighters are brought to the middle of the ring for the final formality of instructions and a last moment of calm before the fight actually commences. The referee for this one is the same than for the last fight – Victoria James.

Victoria: “Ladies, we went over the rules in the dressing room. This is a title fight, so I expect both of you to be on your best behaviour. This is a ten round fight. I want you to follow my instructions at all times. Protect yourself at all times. Please remember you cannot be saved by the bell in any round. If you score a knockdown, I will not start the count until you are in a neutral corner. Touch gloves and go back to your corners. May the best woman win.”

Mechelle: “Smile Emma, you are on camera!”

Emma doesn’t respond, but offers her gloves to Mechelle, who touches them quickly, respectfully.

Mechelle thinks: Girl is so tense. I think that knockout had an effect on her. Love her outfit, though.

Emma thinks: This fight won’t be like the last one. This time, it’s time for revenge. 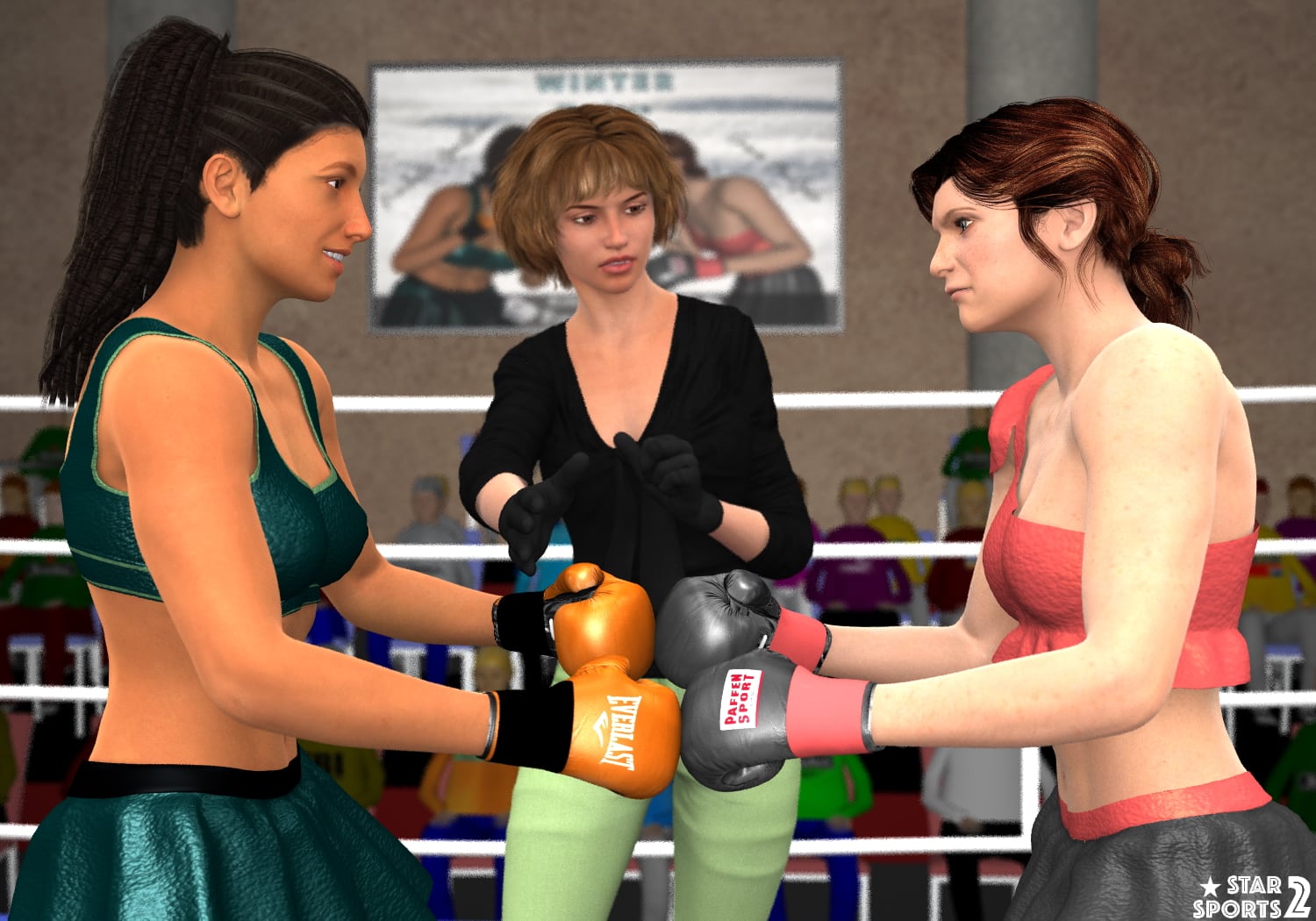 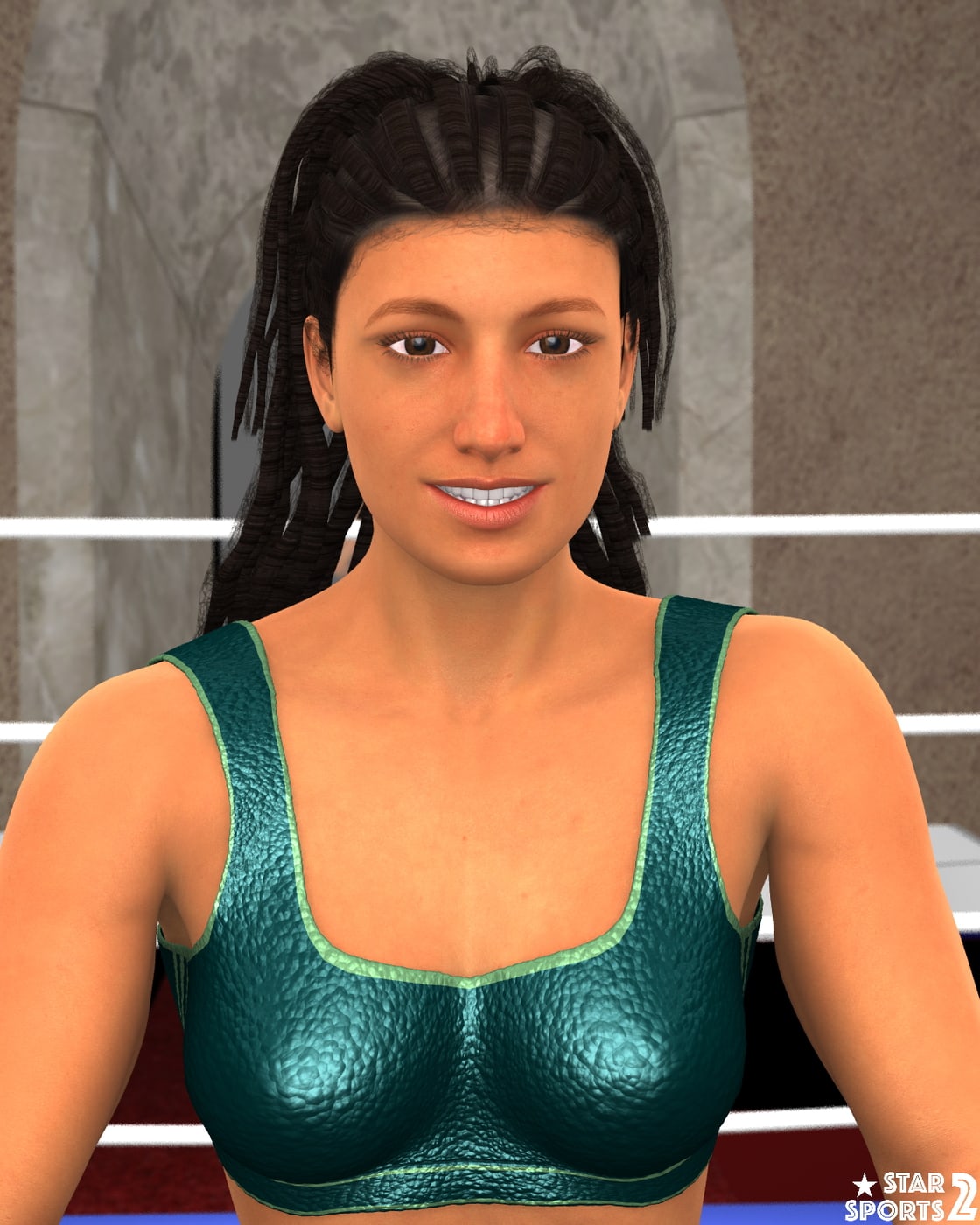 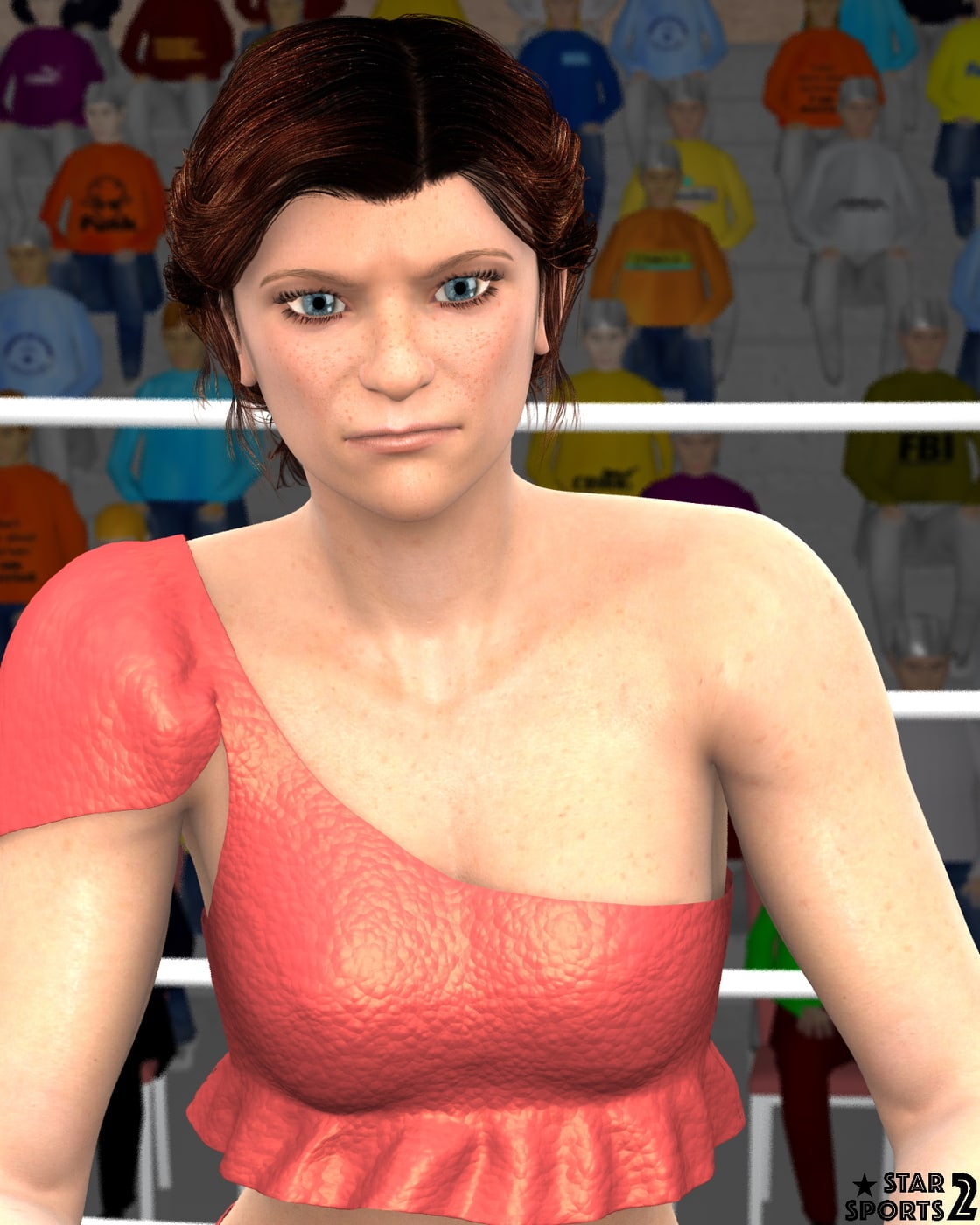 Laila: “Mechelle Gauthier vs. Emma McGale II. Hold on to your hats. This one should be exciting.” 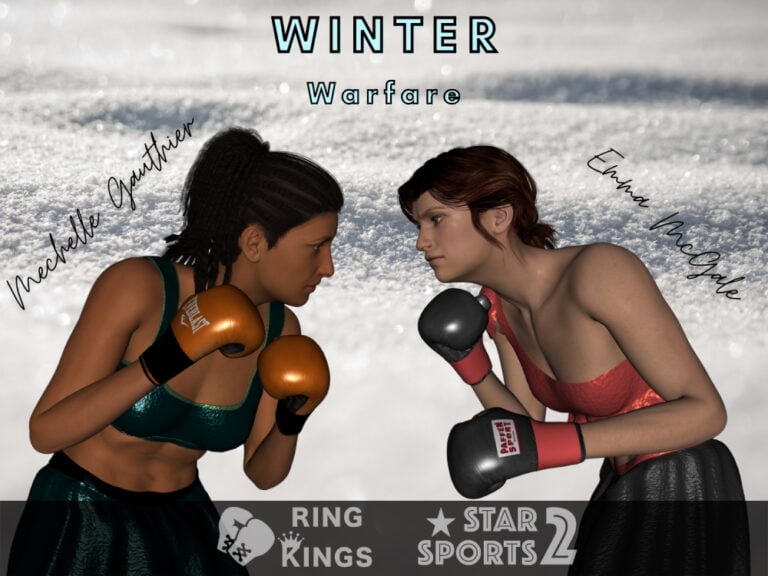 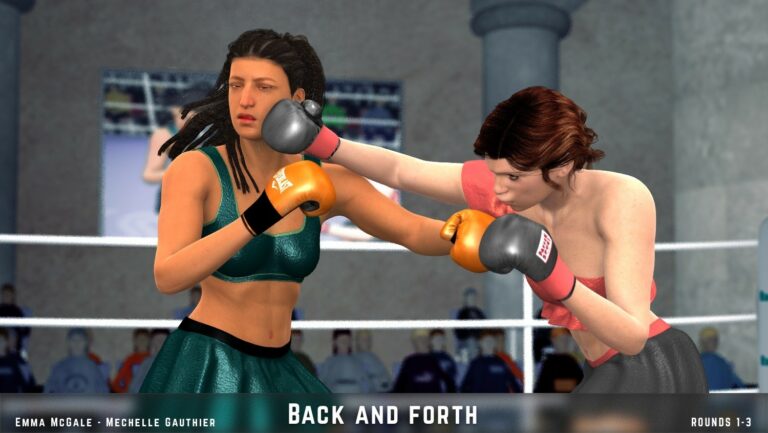