Let’s get ringside as the televised part of the undercard gets underway at the Tempodrom in Berlin. A Super Lightweight match between Sarita Waris and Julie Marks is on the program.

Sarita makes her entrance in red and gold to the “The One You Love to Hate” by Rob Halford.

Esther: “Waris is on the comeback path after being taken on by coach Maxim Weiß. She appears very confident despite a past setback against Steffi Slater. What does she need to do tonight?”

Anna: “Showing that she’s grown up. Being fit for eight rounds of boxing if necessary. Letting her talent express itself if those two conditions are already met.”

Sophie Schumann
@sophieschumann
Man. Sarita Waris is steaming hot and as badass as it gets 🥰
Munich
Twitter for iPhone
15 replies 67 retweets

Julie Marks makes her entry in a different way. Inspired by vintage Mike Tyson, she comes in without music, and makes an intimidating walk to the ring.

Esther: “Marks also shines in gold and black instead of the dour brown she used to wear. What are the keys for her to be successful?”

Anna: “This fighter is big. Strong. Unorthodox. Despite such advantages, a more talented opponent can win the fight as we saw in her loss to Sophie Schumann. The trickiest thing is that she has such a chin that even Picasso couldn’t knock her out. Such a fighter always has a chance to win, even when down on points.”

The pugilists get an introduction by Veronica and they start the match under the watchful eye of referee Akane Watanabe. Game on.

The American is quick to make her presence felt. Barely 14 seconds into the contest, she plants her feet squarely in front of the Finnish girl to give her a good push.

It’s a tough beginning for the blonde, who doesn’t need more to understand that she doesn’t have the raw physical power to match the Power Cube. Unsettled, she gets pushed around and punished by a few heavy shots. 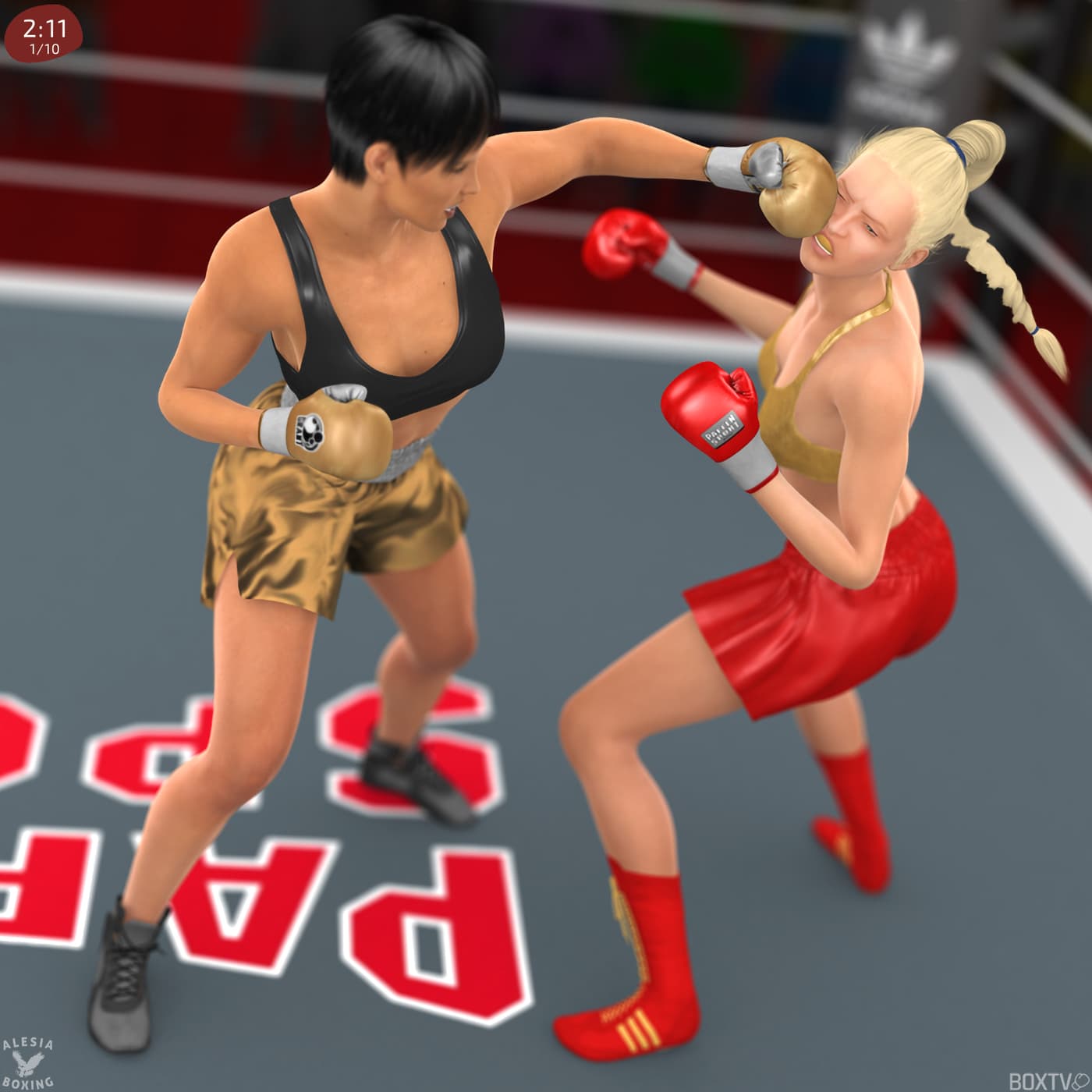 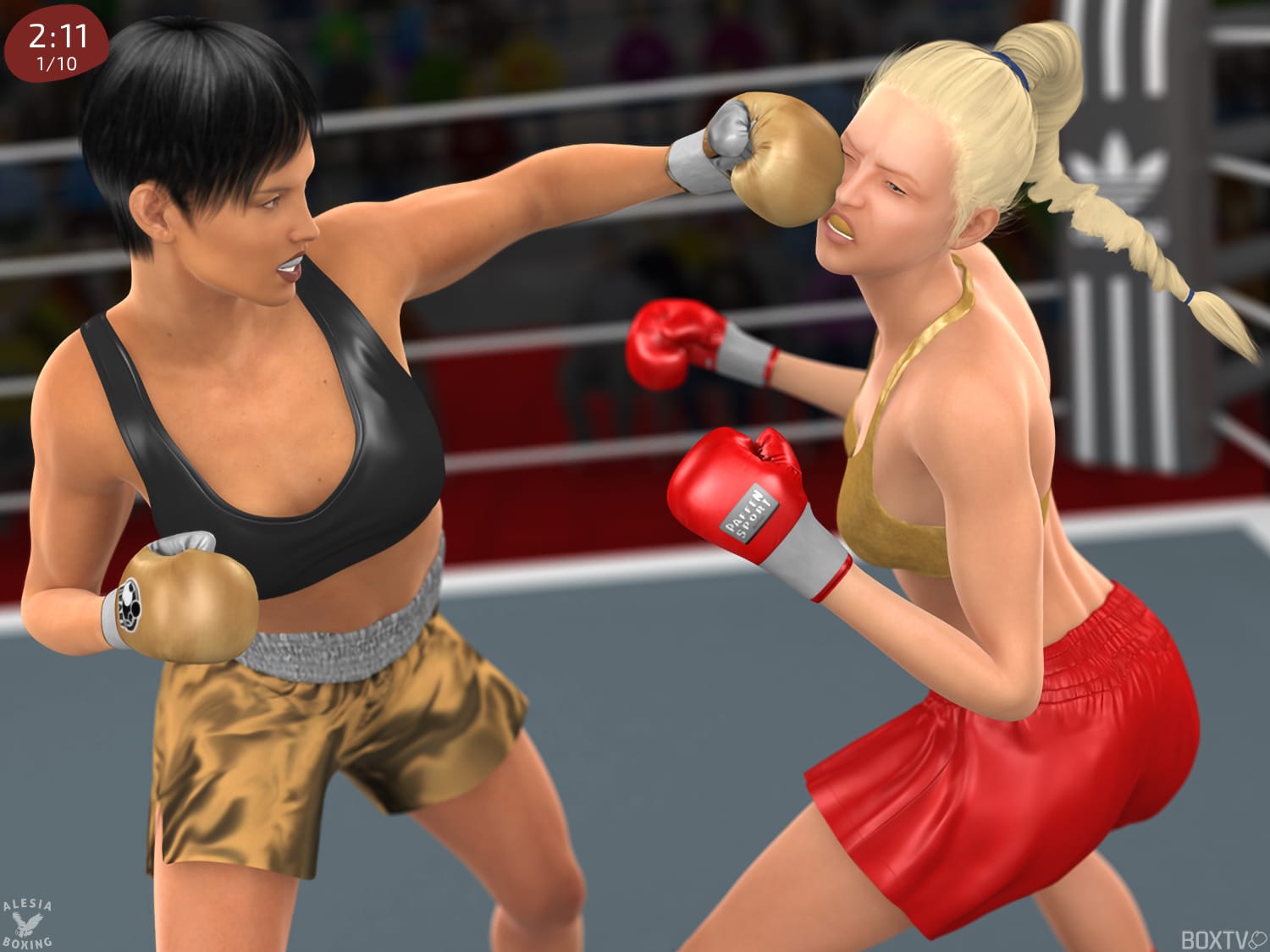 Our bad girl struggles to establish that defense but nevertheless, she gets to work. She goes back to the cross-armed stance that has defined her style ever since she started boxing, and focuses on denying the brunette clean scoring chances with obstruction. Including a little chin shove to frustrate the American.

Sarita: “Thought you had me? Hmm, nope.”

Anna: “This is precisely what we want to see from Sarita Waris. The young woman has an athletic body, pure talent and a badass attitude.”

Esther: “Being a goodass is overrated anyway.”

The next step for the European is creating space so she can really let her hands go. It doesn’t come easy but she manages by stepping back and sideways, blocking shots and firing back from a long range.

With a little more than a minute left to the round, Julie is pressing and Sarita counter-pressing. Power Cube wants to take the body with her right hand but the Finn steps back from an angle and fires a crunching left cross that smashes Julie’s nose. PISH! The sound of red leather hitting skin and bones resounds across the arena, and makes people go “whoa”.

Esther: “Can you imagine being at the receiving end of that?”

Anna: “I think that birds would be chirping in my head.” 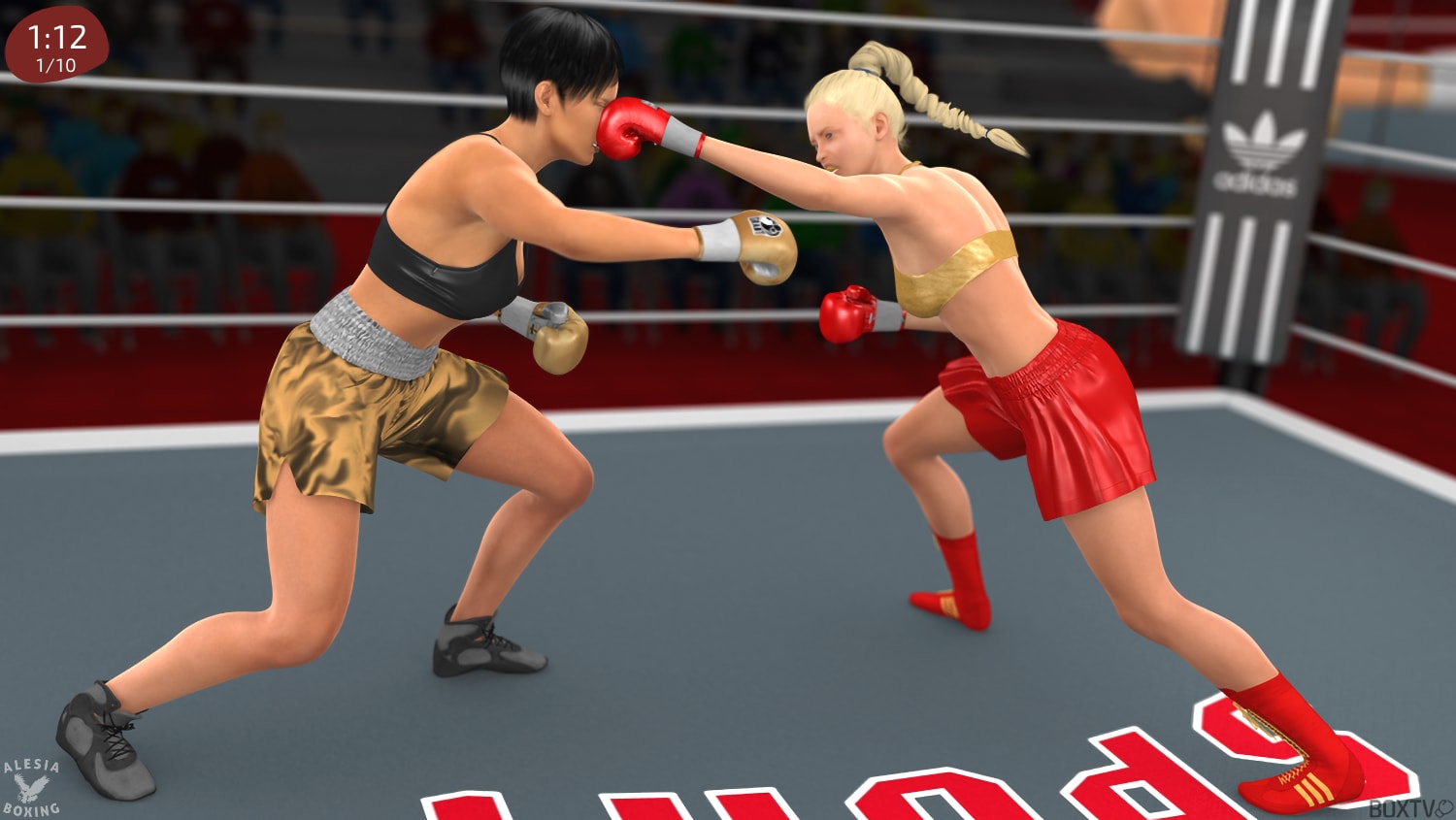 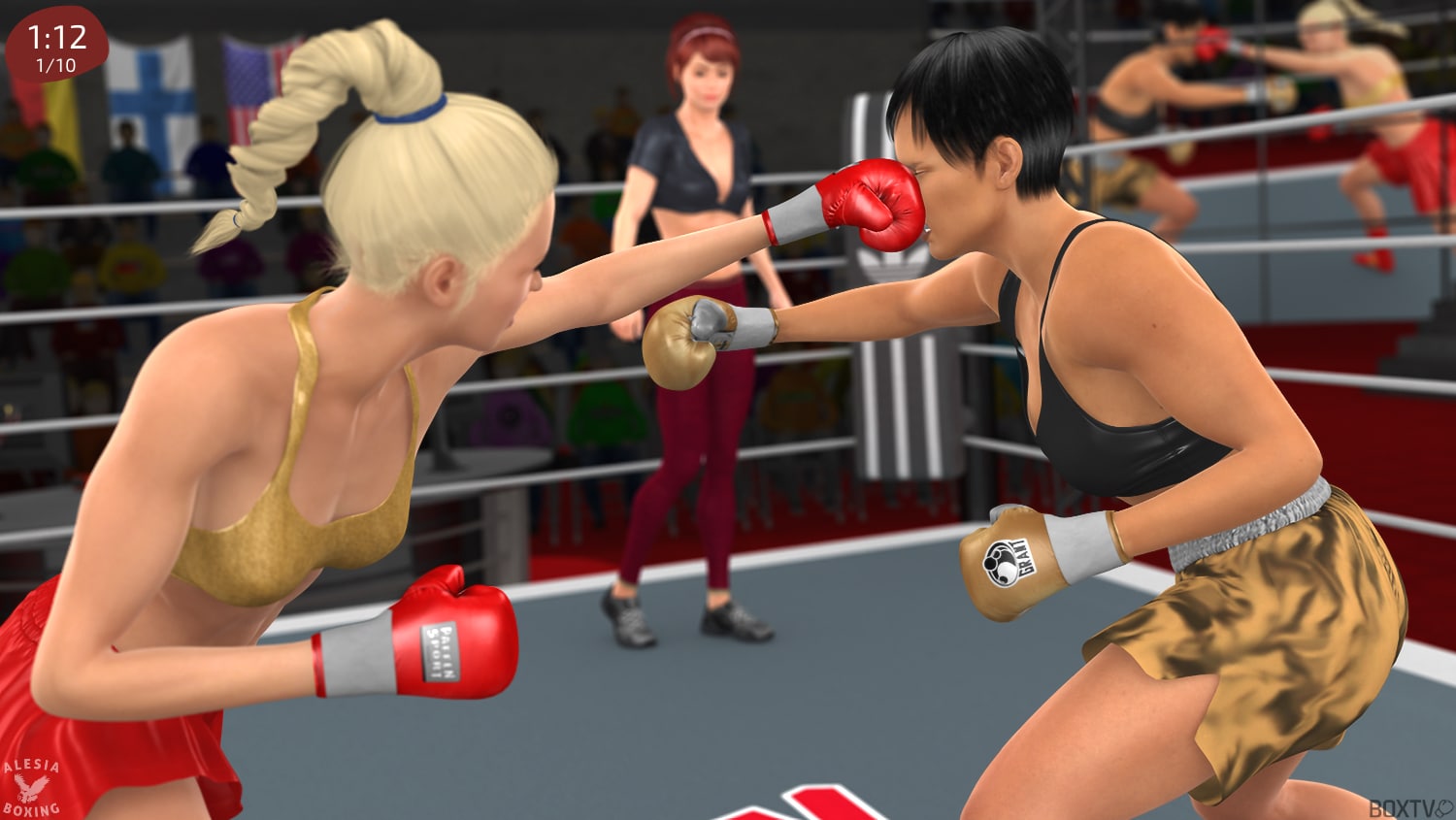 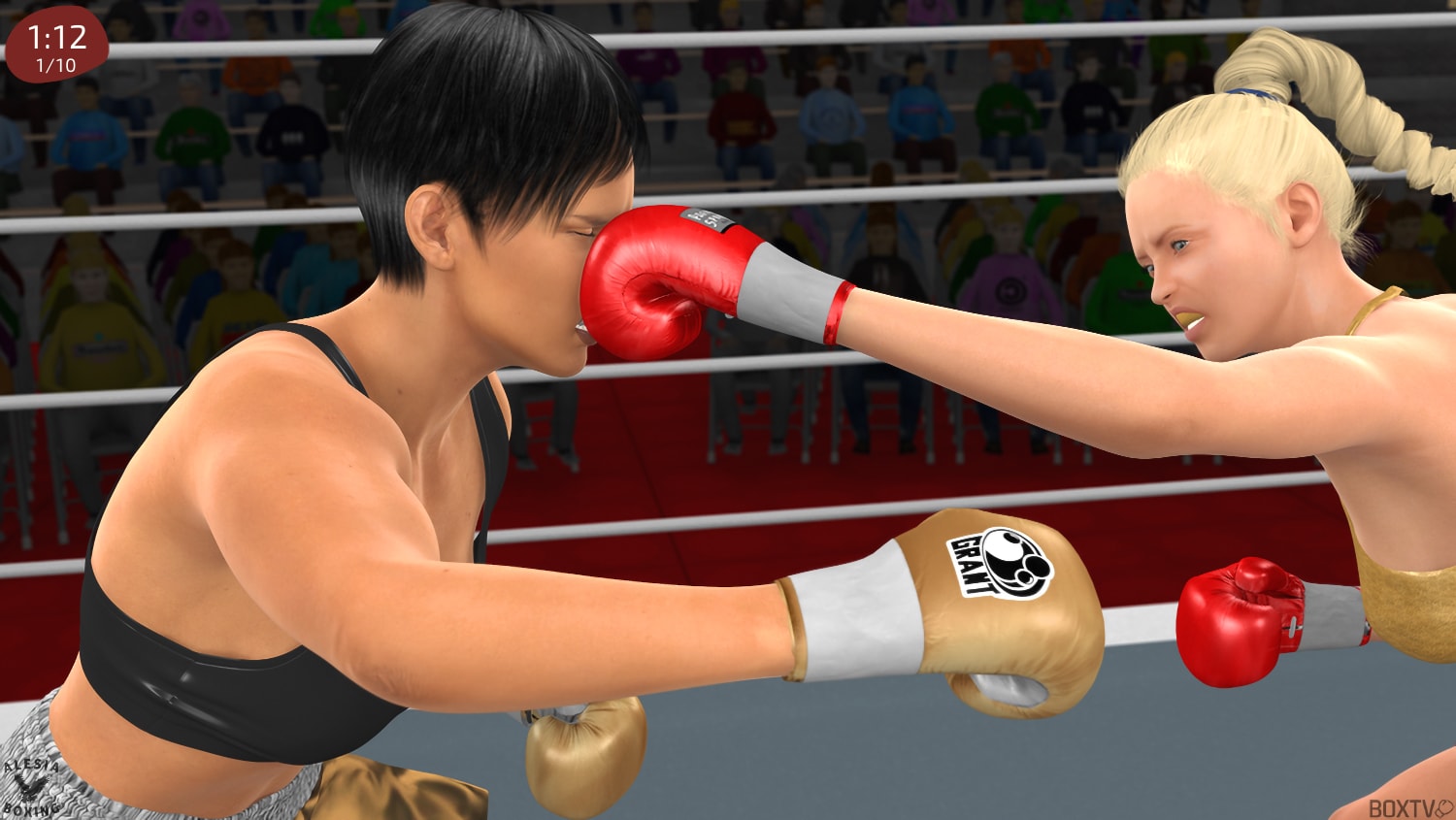 Alesia Schumann
@alesiaschumann
Ouch. I think that this left cross from Sarita would make anyone a little tipsy 😅
Munich
Twitter for iPhone
72 replies 101 retweets

Bullies don’t like being bullied and Julie is no exception there. She adapts by adopting a stand-up stance in the final minute of the round because “going in” work as well as a beaten-up toaster with a fork in it.

The visitor “sits” behind stiff straight punches while taking the middle of the ring and sending her opponent towards the edges. Including a long straight left that surprises Sarita as she tries to unleash a short left hook. Instant paffening.

Esther: “Marks is making her mark by marking her territory in this round. I think she is building up a small lead.”

Anna: “Too many uses of mark there. But yes, she is boxing in a way that is tactically smarter than what we are used to.”

Physicality remains the biggest weapon in Julie’s arsenal and she goes back to using it in the final stretch. Getting close, stand-up style, and pushing around to bother a girl who would prefer to trade leather. Sarita takes a glove and an elbow on the chin when caught in the ropes while trying to clinch.

Just 13 seconds later, the round is over. Anna scores it 10-9 for Julie. The most interesting talk takes place in the red corner.

Sarita: “No. Standing up. I don’t like sitting in a corner.”

Maxim: “Sure. Now, I think you can do better than that. Go back to your defensive stance. Dodge shots and set up the counter. Bait this girl. She doesn’t have your talent so you have to beat her with technique.”

Maxim thinks: “She’s calm after losing a round. I like that.”

Maxim: “Don’t think of volume and don’t stay close to her. Think about setting up power shots that will force her to respect you. Alright?”

Maxim: “Oh gawd. Go out there and win the next round, smartass.”

Tamed by the journeyman 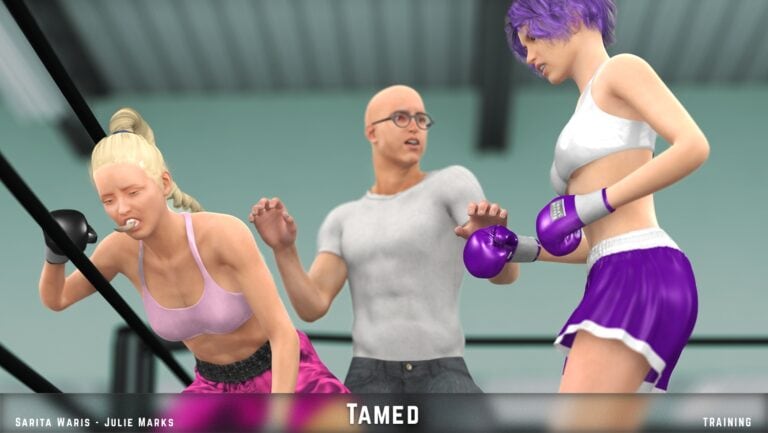 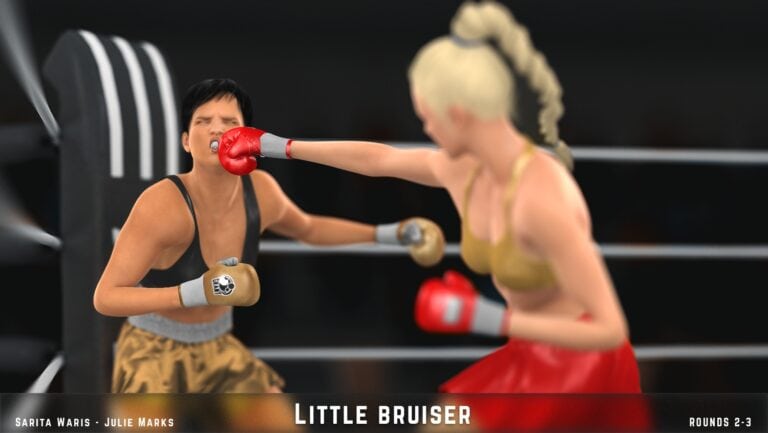