It’s Round 10. What do both fighters have left?

Neither of them wants to concede an inch. Both are still confident that they can win. That’s the recipe for a great 10th round. Hold on to your hat.

There’s little subtlety left, and not that much time, given the two-minute rounds. There’s almost a mutual agreement that the two fighters meet in the center of the ring and start swinging. It doesn’t take long for the first major connection – Kayleigh just misses an uppercut, but Hee Jung’s overhand right doesn’t. She jolt’s Kayleigh’s head back as padded fist meets chin.

Amanda: “Oh! Fireworks right off the bat as Hee Jung Park lands a big shot! The Empress knows she needs something special, and she is getting a quick start.”

‘The Fluke’ wont back down. There’s intense trading between the two fighters. Kayleigh is able to find purchase with a clever right hand from below, a little reminiscent of Chelsea Carter’s punches.

A solid connection from Kayleigh, but Hee Jung hangs in the pocket…

…and fires back with an absolutely brutal short right hand that catches Kayleigh flush in the face.

Amanda: “A huge trade of shots from the fighters, but I feel like Kayleigh might be a little hurt from that right hand from the Empress!”

The commentator is not wrong. Kayleigh suffers from an immediate depletion of energy. Her eyes water and her nose starts leaking. The Empress tries to take advantage, but Kayleigh smartly grabs a hold of the Korean champion. She knows that she is in trouble.

The crowd is a bit restless at it can sense perhaps a dramatic moment.

After the clinch is broken, Hee Jung throws caution to the wind. She knows she must put Kayleigh down and preferably out.

For all her veteran guile, she can’t find the right connection. She gets Kayleigh backed into the ropes and starts unloading. But when you throw a punch, you also open yourself up to a punch. Kayleigh, showing courage under fire, plants her feet and throws a right hand of her own, which lands like a guided missile on the chin of the champion.

Amanda: “Parsons may be hurting, but she just landed a killer punch! Hee Jung was stepping in to throw one of her own but got caught instead!” 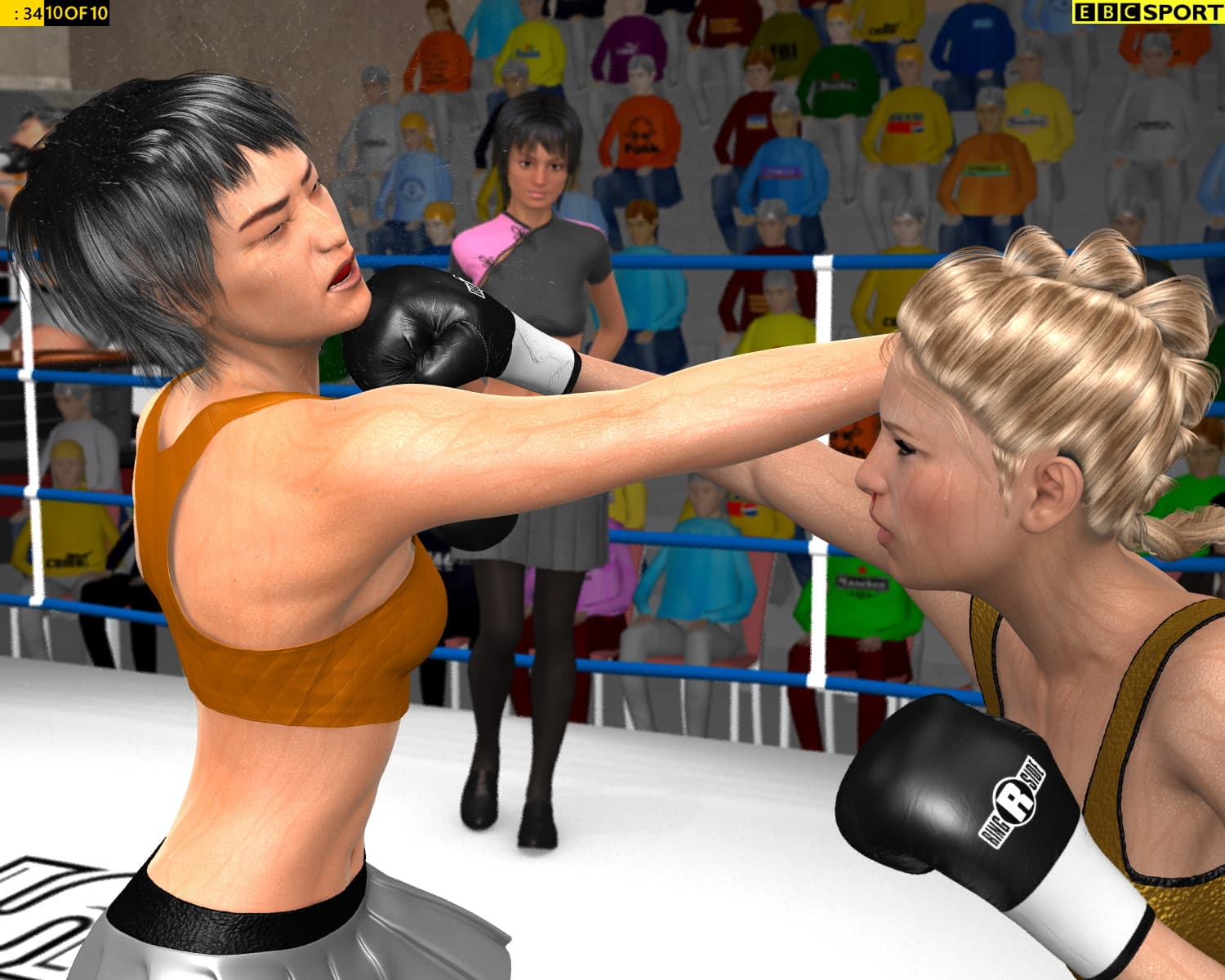 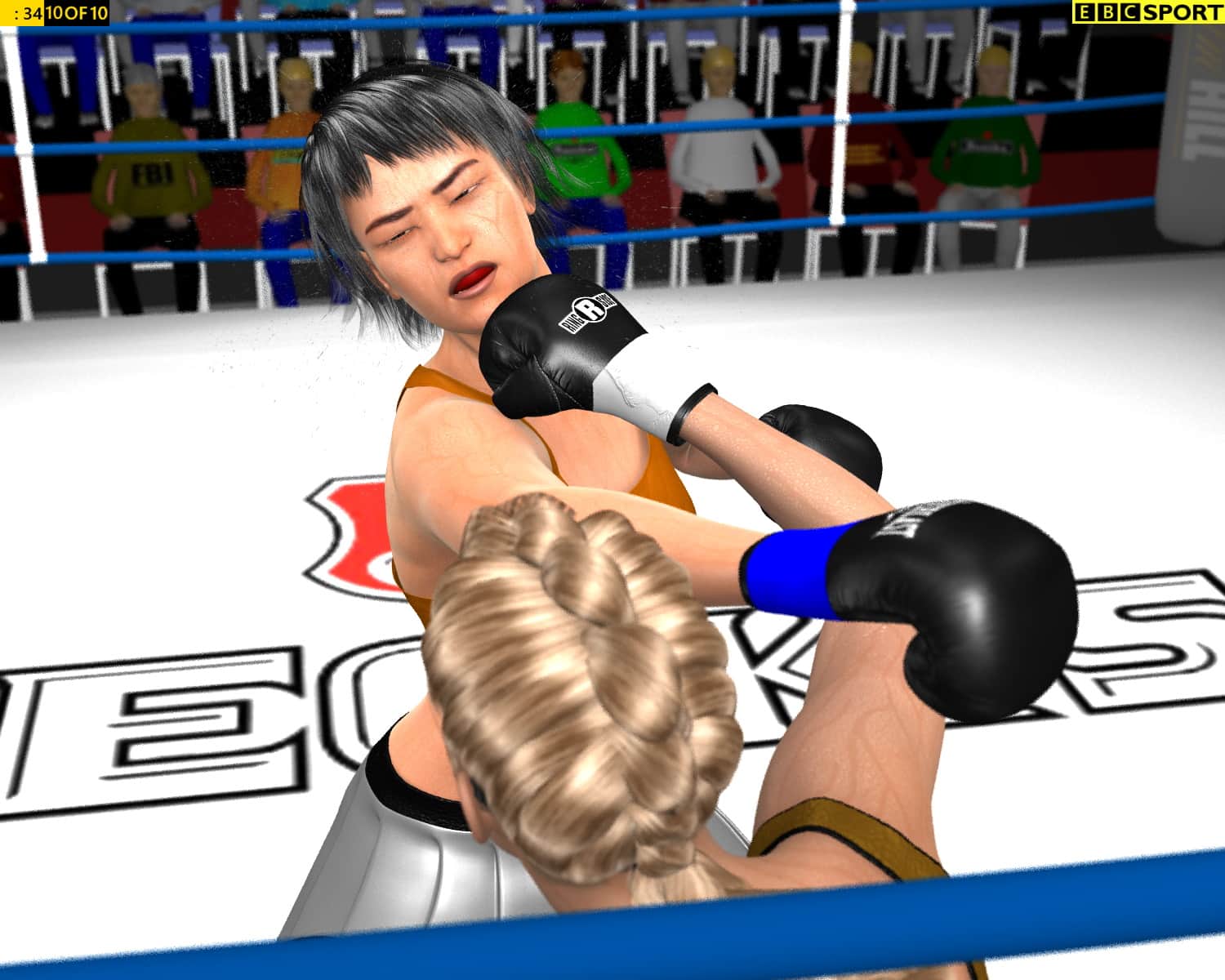 Her momentum blunted and her head ringing from that counter, Hee Jung falters. There’s nothing left for the champion to give in the remaining moments of the round. She’s punched herself out.

Wanting to secure the round, Kayleigh attacks and is able to score with some clean punches, including a quality left hook over the top of The Empress’ guard.

The crowd reacts, applauding their fighter’s display in the closing stages against diversity.

Amanda: “Kayleigh Parsons is showing championship heart here in the 10th, and she is finishing far stronger here!” 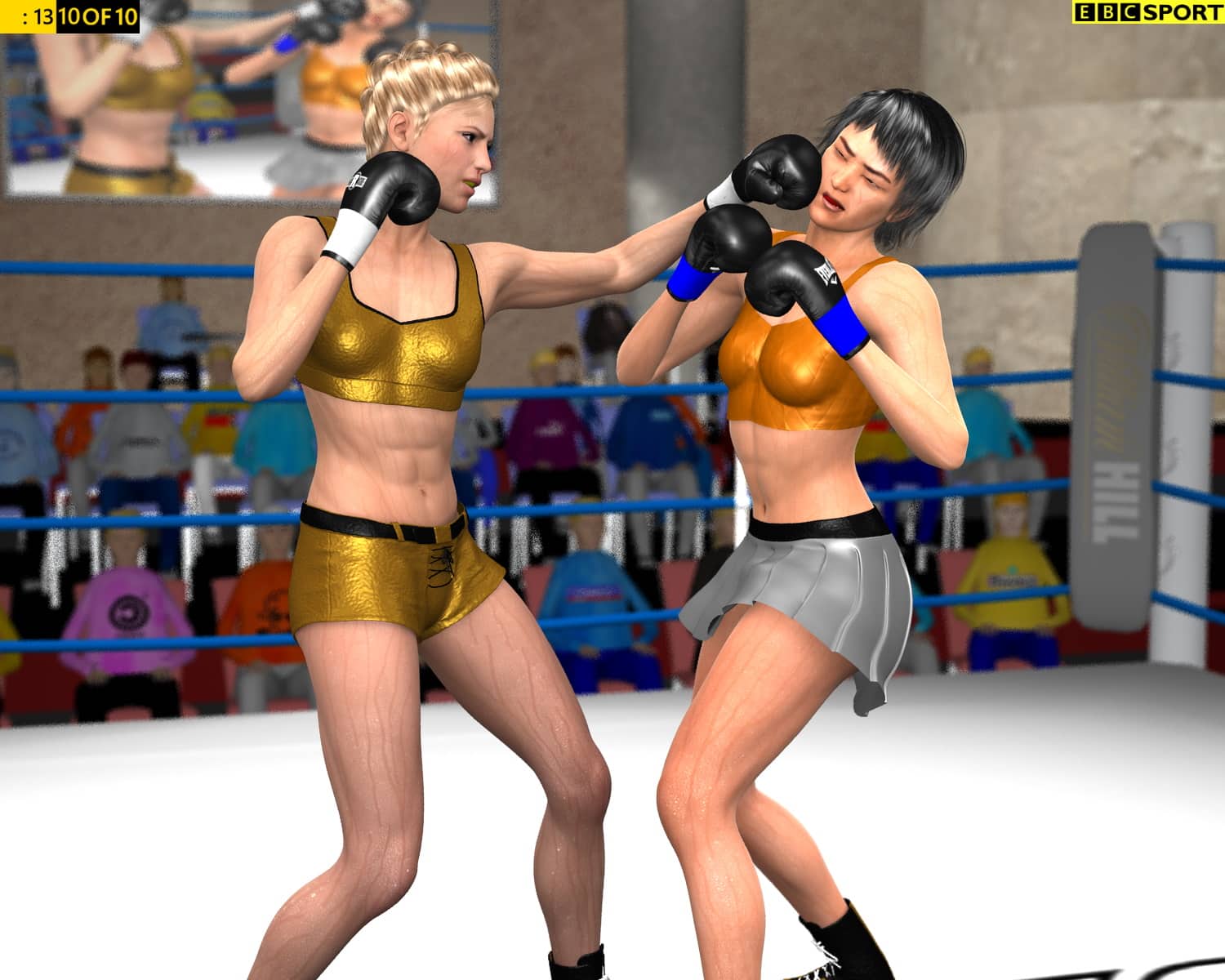 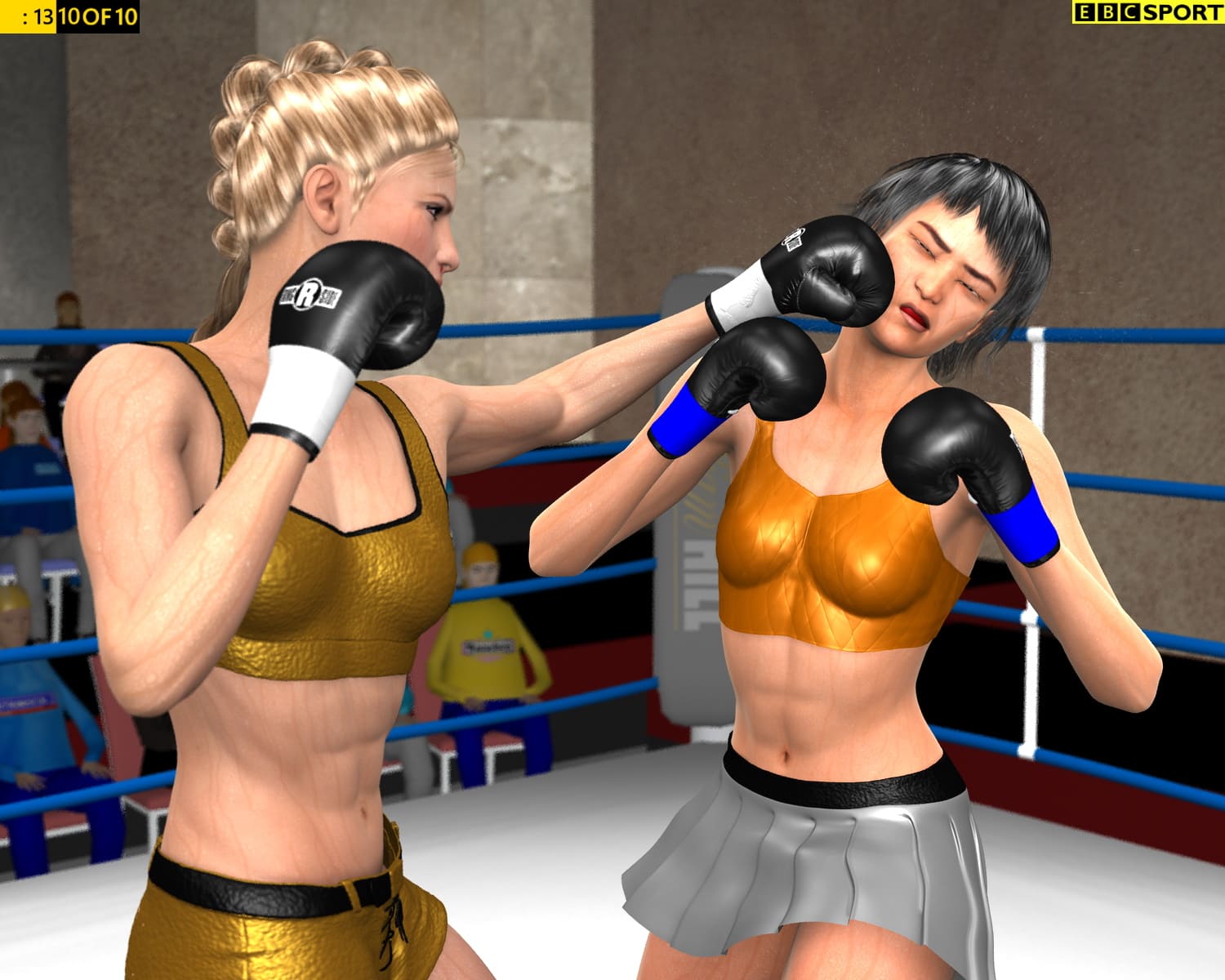 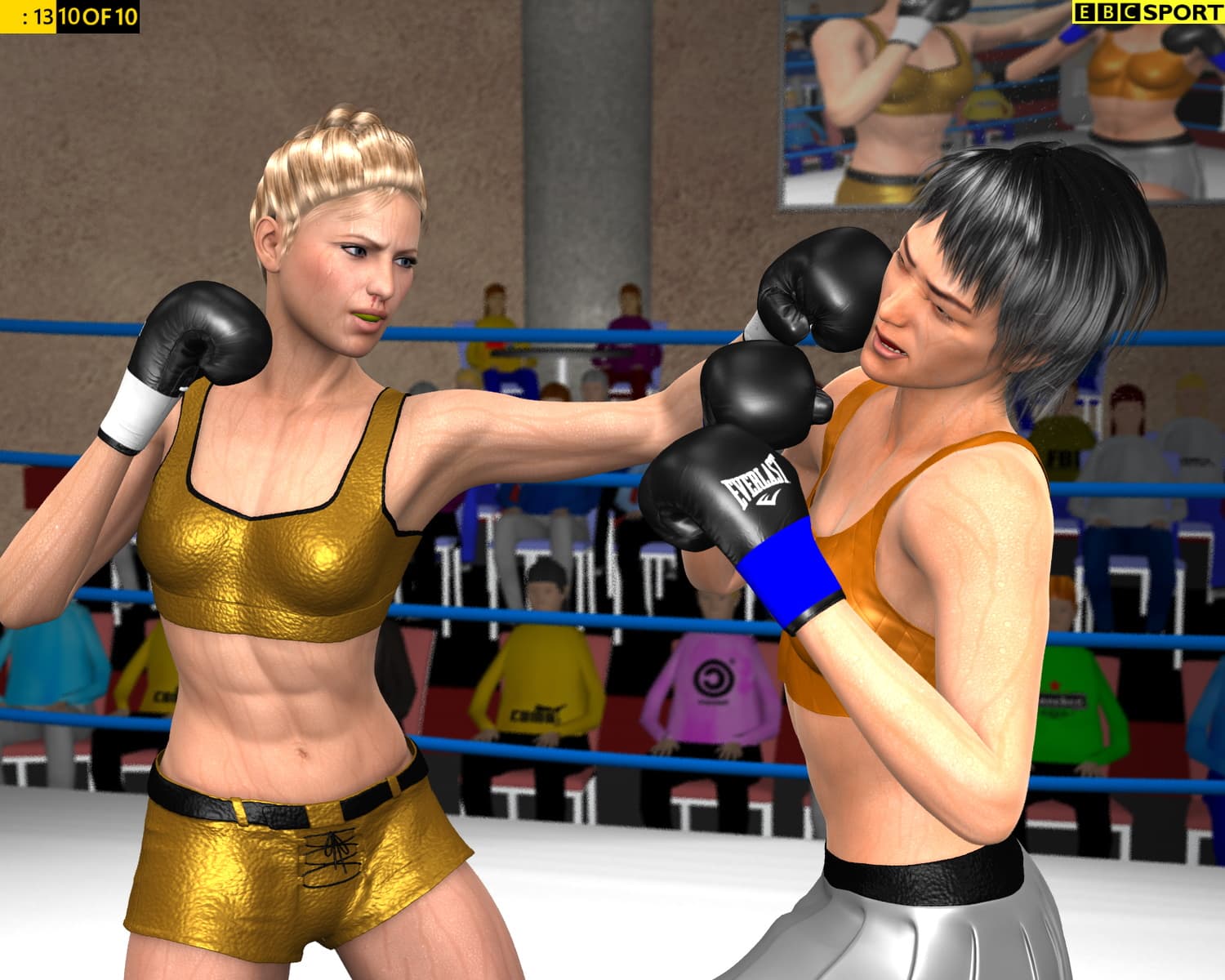 The bell rings to end Round 10. The fight is over. Kanti steps between the fighters.

Kayleigh raises her hand as she turns and walks away. She thinks she’s done it.

Hee Jung looks at the ground. Has her reign come to an end?

Amanda: “Going to our ringside reporter. What’s your verdict, Alesia?”

Alesia: “My scorecard is a 96-93. I believe that in a couple of minutes, you will have a Ringside gloved hand raised, not an Everlast one, with the ring announcer saying ‘AND NEW Featherweight champion of the world’. While the match wasn’t a wipeout, Kayleigh Parsons has cleverly outboxed Hee Jung Park by combining pure-breed talent, supreme discipline and a good dose of courage. Hee Jung is the first to know. Look at her body language.” 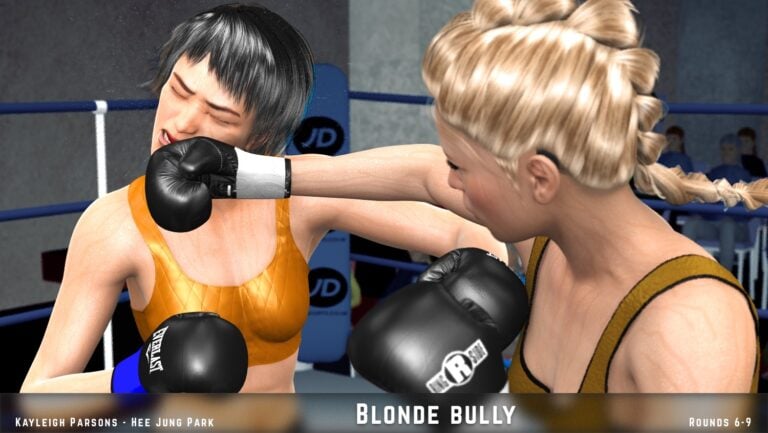 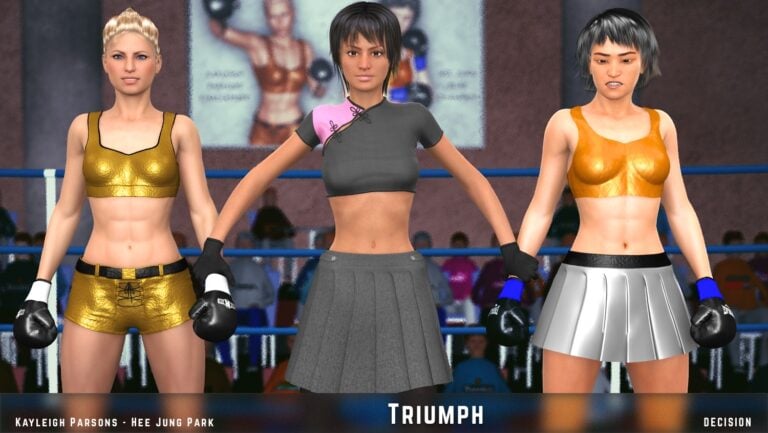