We check in on a fight between one time challenger for the world title, Wendy Pozler and Kasandra Sobieski.

After a strong start from the Canadian based fighter from Poland, who won the first two rounds, Amy Rucker has come back to win a vast majority of the rounds.

While Kasandra has hung in there, the fight has gone from bad to worse. Amy’s height and experience have foiled any of Kasandra’s attempts to use her jab and reach to her advantage, and the Czechia fighter has been landing a steady diet of punches, and winning rounds.

We join with Thomas Nagy and Kasandra in the corner before the start of Round 9.

Kasandra: “I’m not sure what to do, she just always has an answer.”

Thomas: “Look. I want you to drop your hands. You are too predictable. Everything is from behind the jab. We’ve worked on you being more fluid – it’s time to put it into use.”

Kasandra: “We’ve only ever used it in practice though.”

Thomas: “We practiced it to use it! It fits you. That’s why we’ve been working on it. She’s neutralized you, it’s time to flip the script.”

Thomas: “…Kasandra, this is a defining moment for your career. Do you want to be a boxer? You have to beat this girl. You can either pack up and go home, or suck it up and throw everything you have at her. I say that you’ve put in too much work to give in now. You’ve got the talent, you can get this done.”

Kasandra thinks: This has to be the moment. I’ve got two rounds to get this done.

Kasandra tries to adjust to this new style, but it doesn’t seem to phase the Czech fighter, who lands a clean jab on the Polish fighter.

Thomas: “You have to move your head! Or she’ll move it for you!”

‘Bombel’ proves to be a quick learner. Though Wendy continues to want to work the jab, the increasingly free moving Kasandra gets her legs active and moves her head and upper body, making her a very difficult target to make solid contact with.

Kasandra thinks: She seems confused. This is working.

Thomas: “There you go Kass!”

The redhead knows that she can’t win the fight by making Wendy miss, and in fact she probably needs at least a knockdown to get the win in this fight. Probably a stoppage to be sure.

For one of the first times in her career, Kasandra begins to load up on her punches. Wendy works behind a long jab, so Kasandra, doing the same thing Wendy was doing to her, uses her opponent’s jab for a range finder, throwing a big overhand right back every time the Czech fighter tries to start off with a jab. It takes a few tries, but Kasandra eventually does get a great shot in, having been in close, she is able to counter the jab brilliantly.

Kasandra knows that she’s landed a good shot, but she doesn’t get too excited. She calmly advances behind a loose, snappy jab. But there’s a plan behind this. She wants to get Wendy used to her jab, setting a pattern. Wendy raises her guard to block the jab a couple of times and that is when Kasandra adjusts, feinting the jab and then snapping a powerful left hook around the guard of the Czech fighter.

Stunned by the unexpected punch, Wendy staggers for a split second. Instinctively, Kasandra slips to her right and then throws an uppercut before Wendy can react.

Thomas thinks: When Kasandra doesn’t think, this girl has great instincts for this game. And a surprising instinct for violence for such a sweet girl. 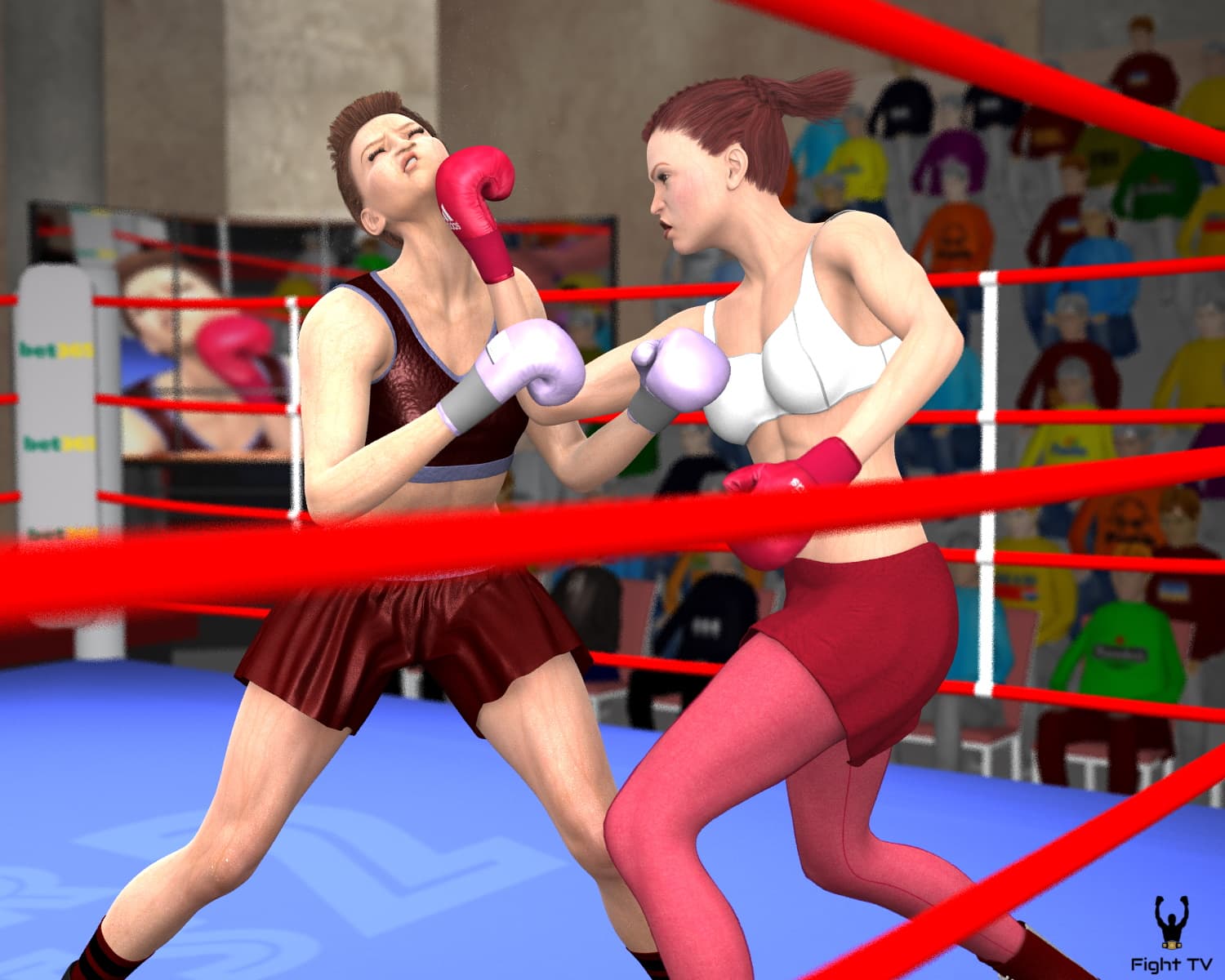 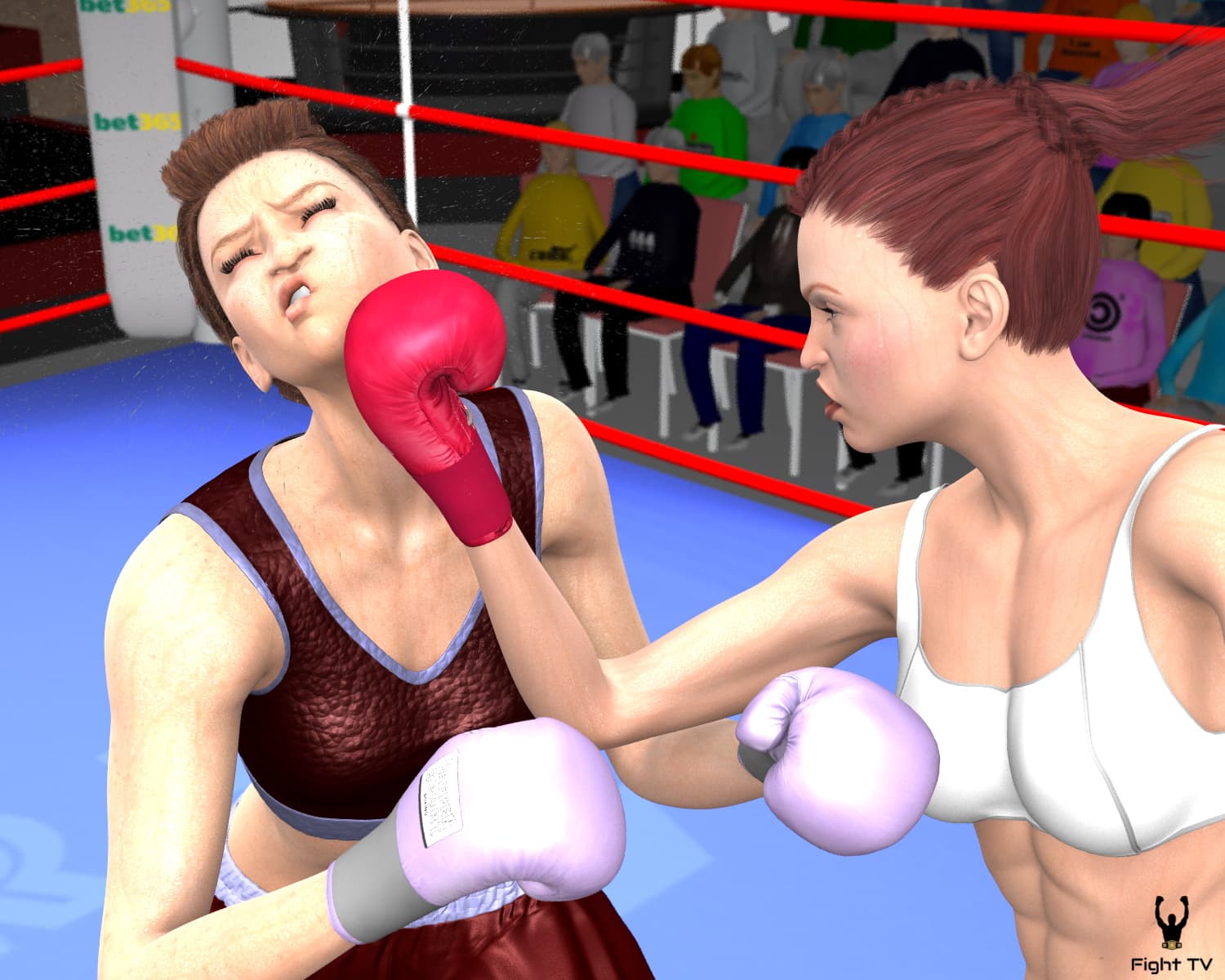 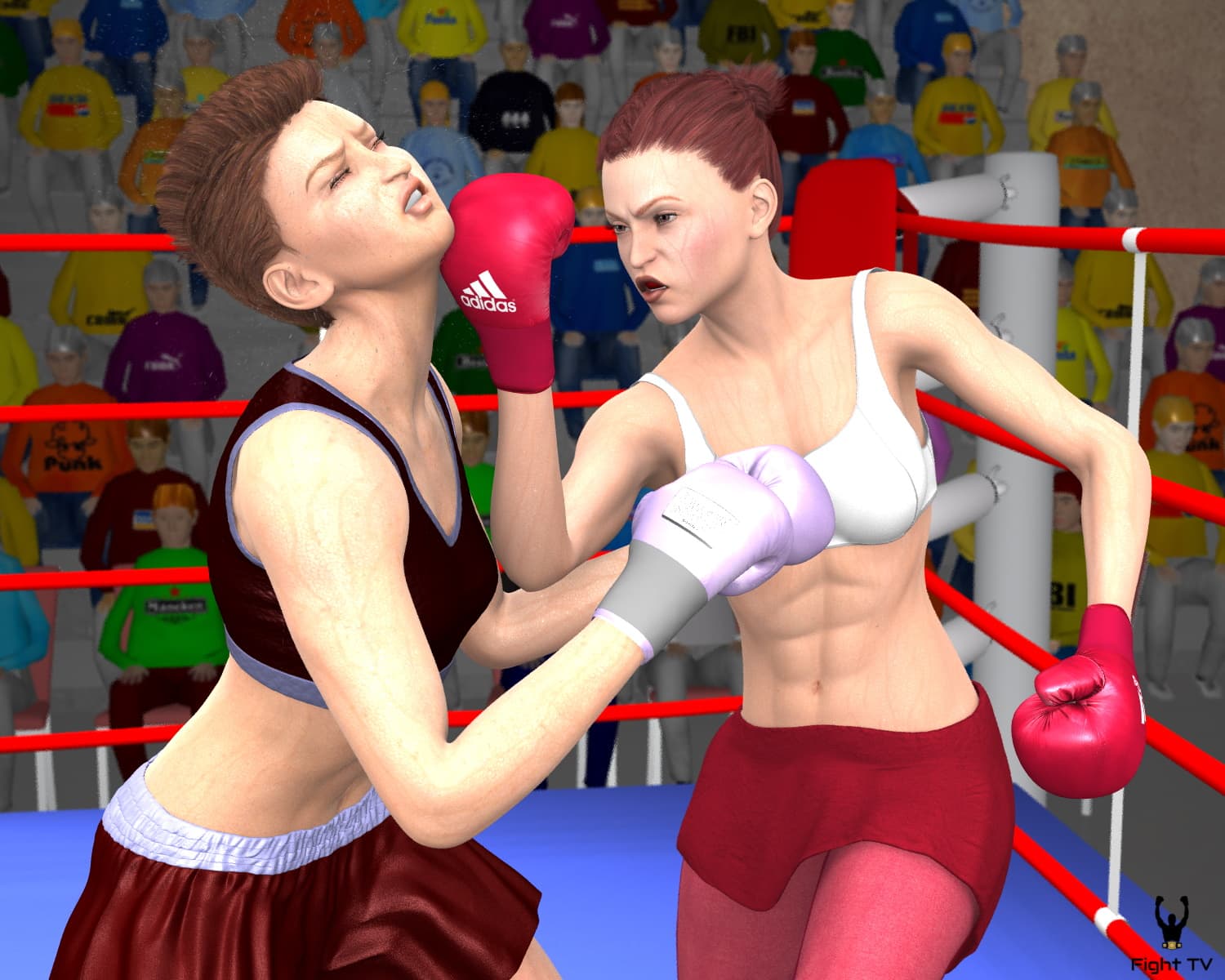 Crunched by that right hand to the chin, Wendy stumbles and goes down. She’s able to stop herself from landing flat on her face, but on her knees she is badly hurt from those two punches.

The crowd, which had been fairly quiet during this early undercard fight, rises to its feet, sensing a big comeback victory might be on the cards. 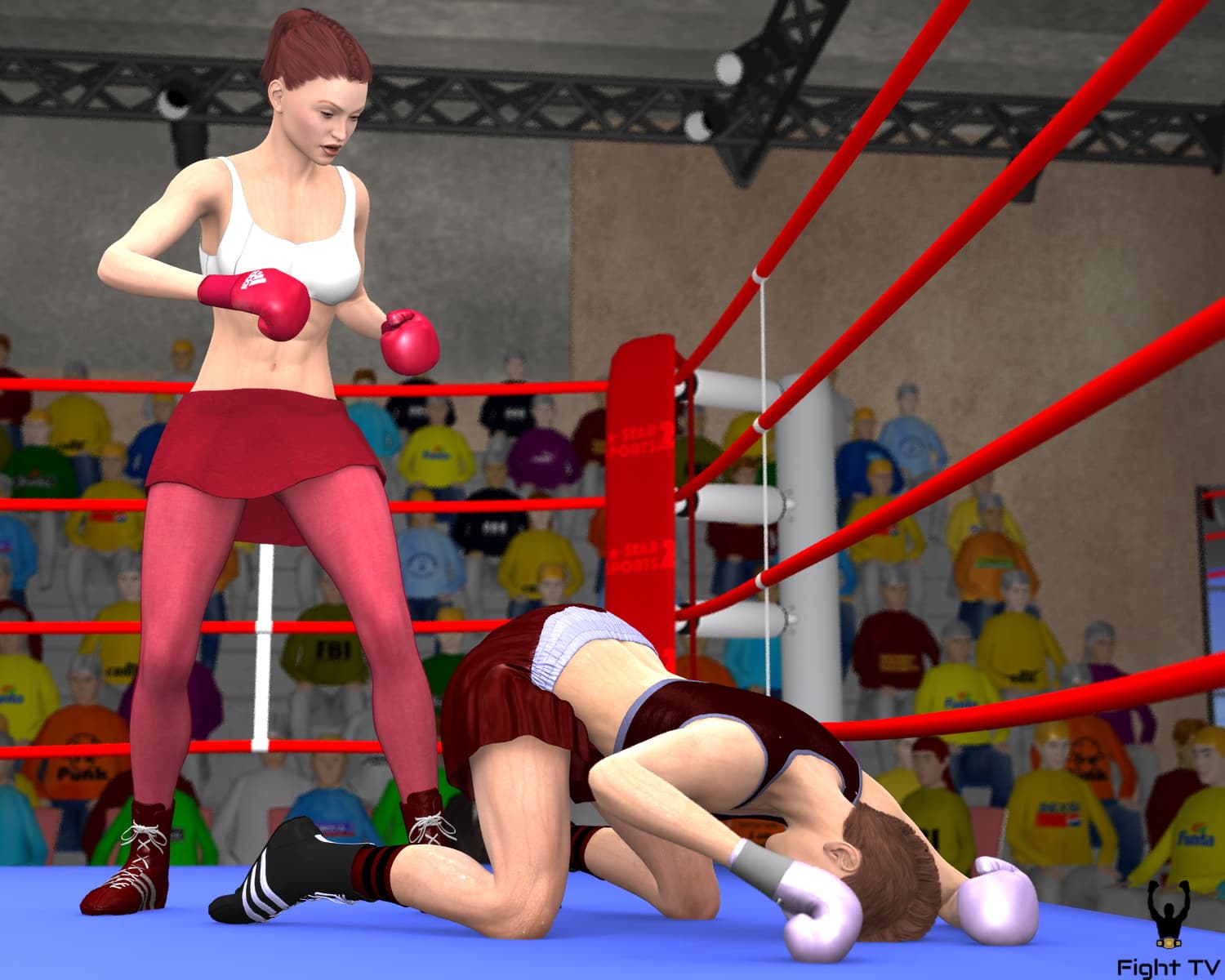 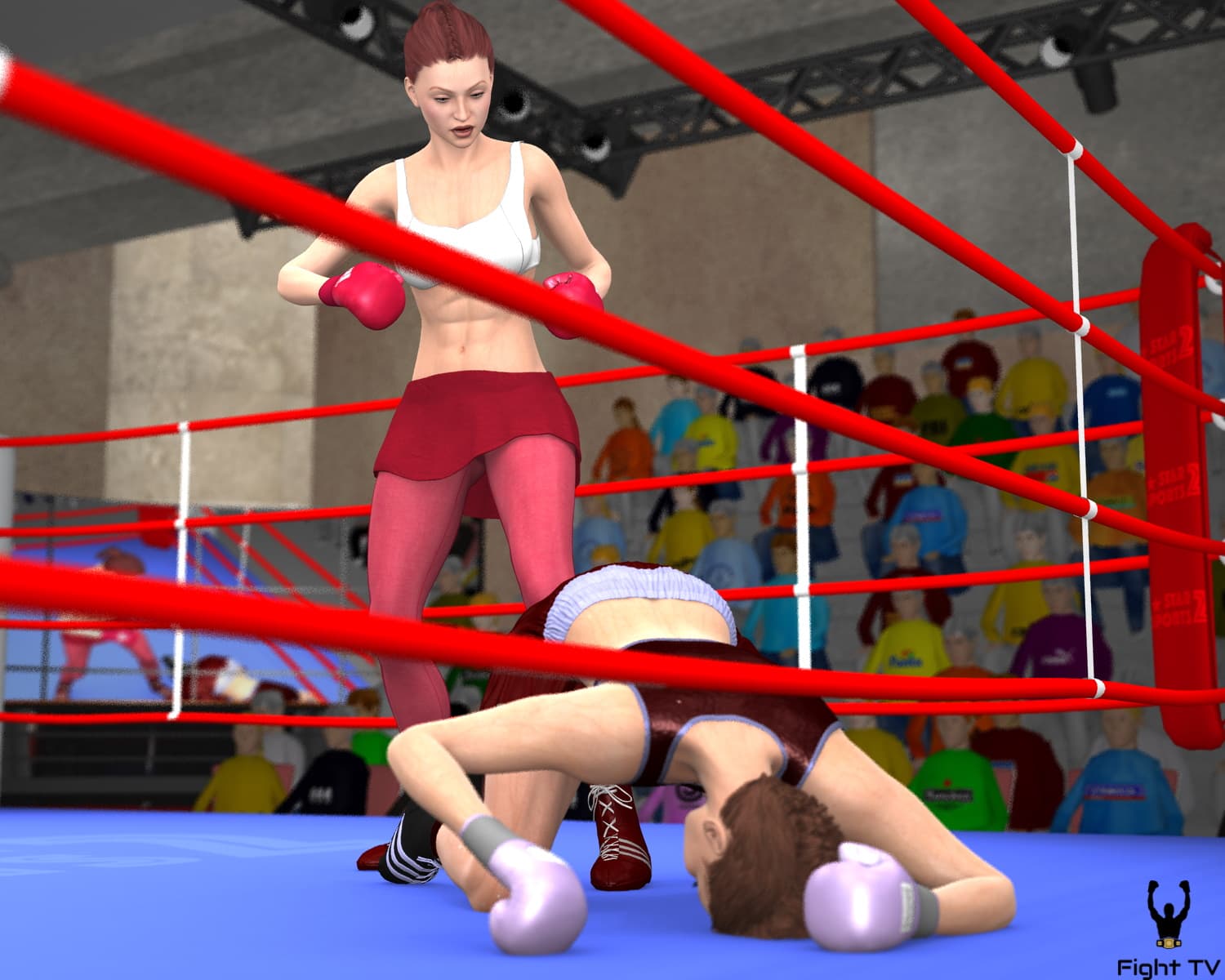 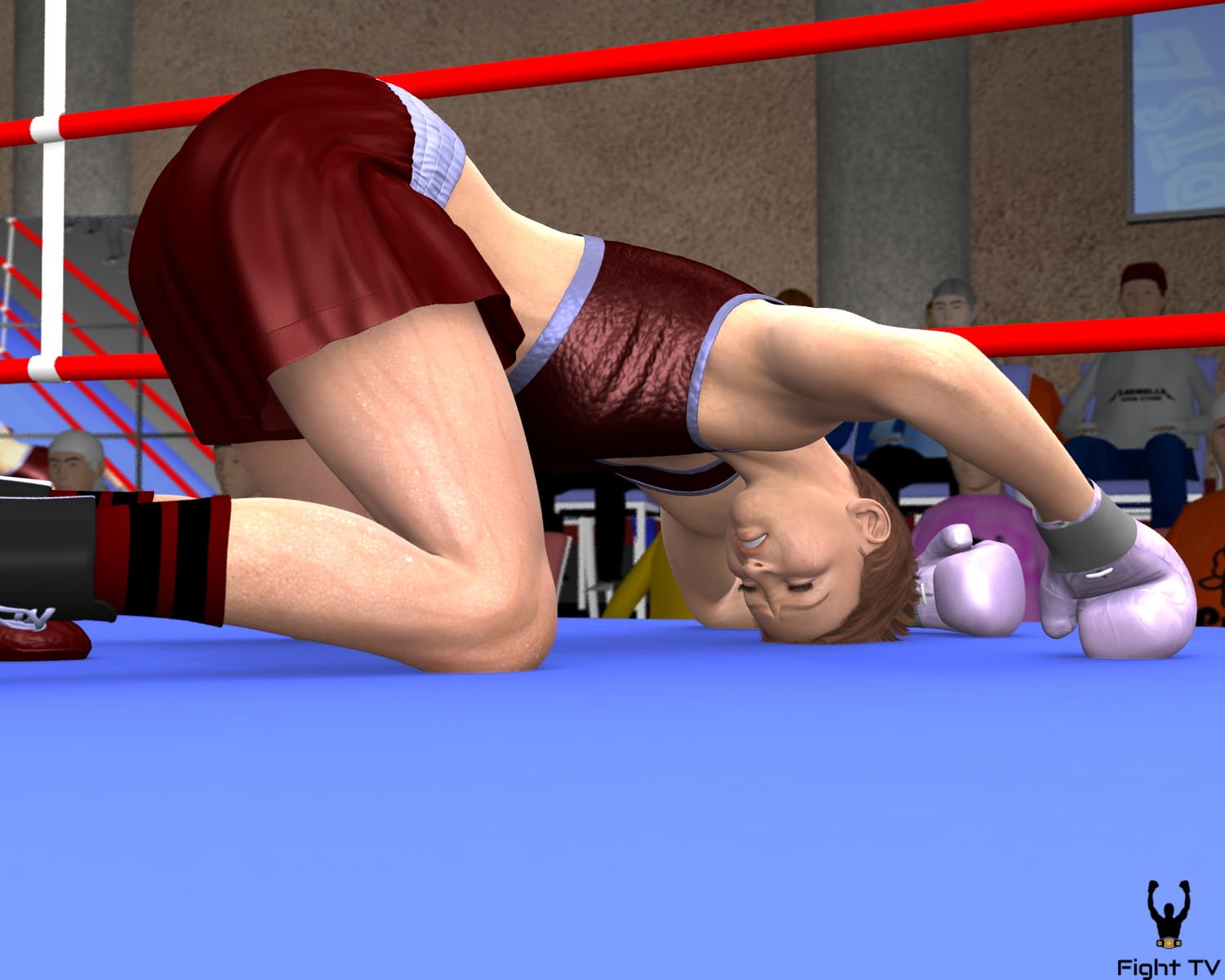 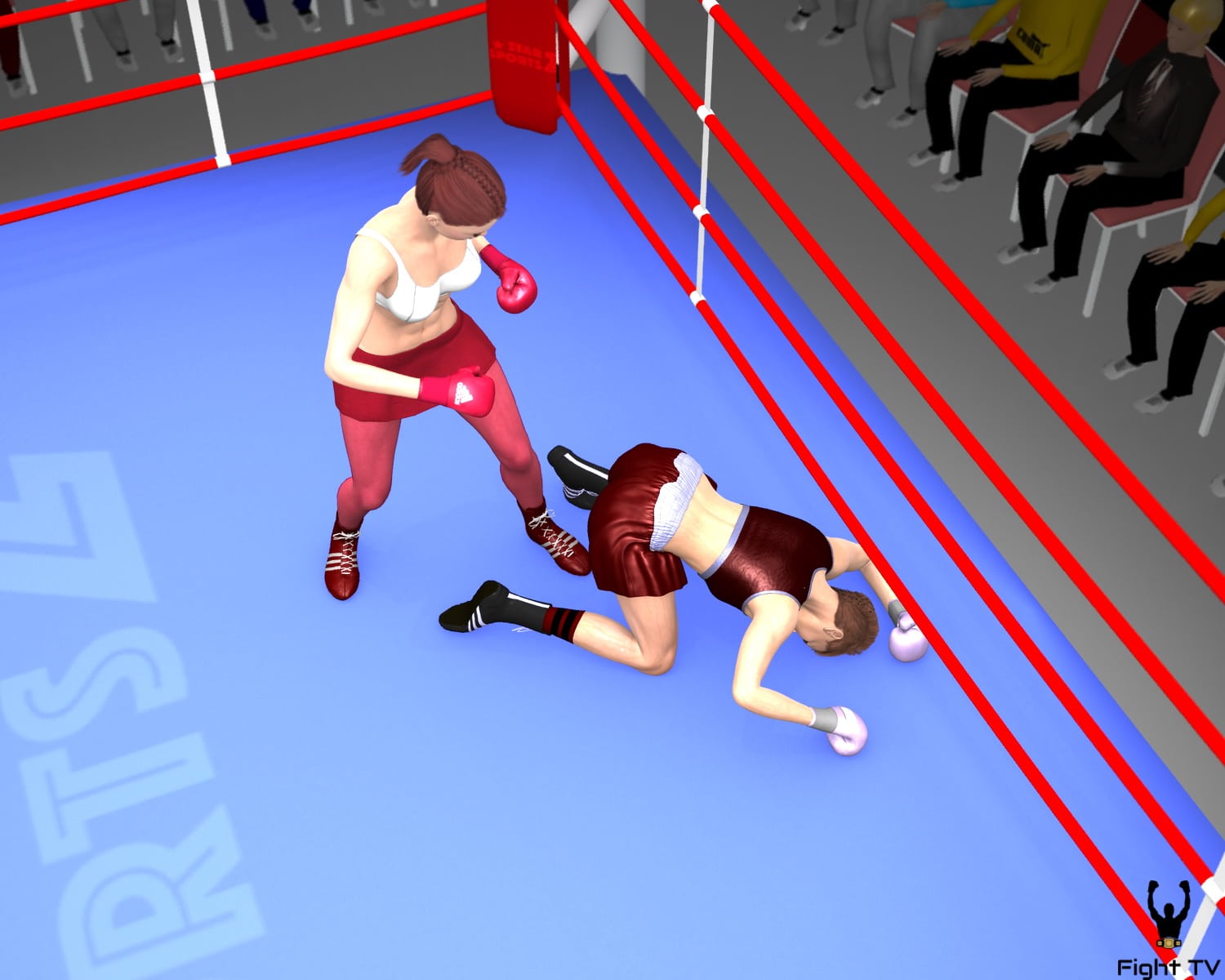 Referee Tina Twellman is quickly on the scene to begin the count. She checks that Kasandra is in the neutral corner before starting up.

At five, Wendy doesn’t feel any more recovered, but she knows she’s got to start getting up shortly. She gets on to one knee and paws at the ropes, hoping that they will provide enough stability. Slowly, deliberately, she begins to climb.

Wendy is on her feet but unsteady, leaning into the ropes for stability.

Tina thinks: She’s up in the loosest sense of the word, but she’s not really there. This is a knockout.

There’s a small protest from Wendy Pozler’s corner, but it grinds to a halt as soon as they see that their fighter is still shaky on her feet. The referee’s decision almost certainly saved her from further punishment.

Thomas: “I told you. I told you that you could do it.”

Kasandra: “Thank you for believing.”

Thomas: “We are just getting started. Let’s build something.”

The official decision is next and comes with no drama. Kasandra moves her record to 6-1 with 4 knockouts.

Thanks for reading
basic HTML to style comments