The crowd is lively as Chelsea Carter and Taylor Grant get up from their stools prior to Round 6. It’s a close match and there’s a lot to look forward to.

The pugilists are very busy from the bell. Fists flying from two women who are used to spell Dominance with a capital D. They’re battling for it and it’s not easy to come by.

The white-haired challenger looks set to score when she finishes a one-three combination with her left hook. The brown-haired champion has a moment when she sees the punches coming, releasing her left hook as a deterrent. The defensive punch creates a bottleneck to deny aggression since Taylor is forced to commit a little less than planned to avoid getting hit.

Quick action under fire emboldens Chelsea. The number five Super Lightweight needs little else to box with the confidence that she can beat anyone, including the superpower who stands in front of her.

The chick from San Francisco reads a left hook motion, leans a little to the right and delivers a paffening right uppercut under the jaw. Pish!

Jim: “Carter’s short uppercut is on target. She decodes her challenger well. How much of this comes from training with Alesia Schumann?”

Warren: “Sources told me that Chelsea and Alesia spent a lot of time together in the gym in the past. Surely, surely, the American picked up some knowledge about a proper uppercut in the process.” 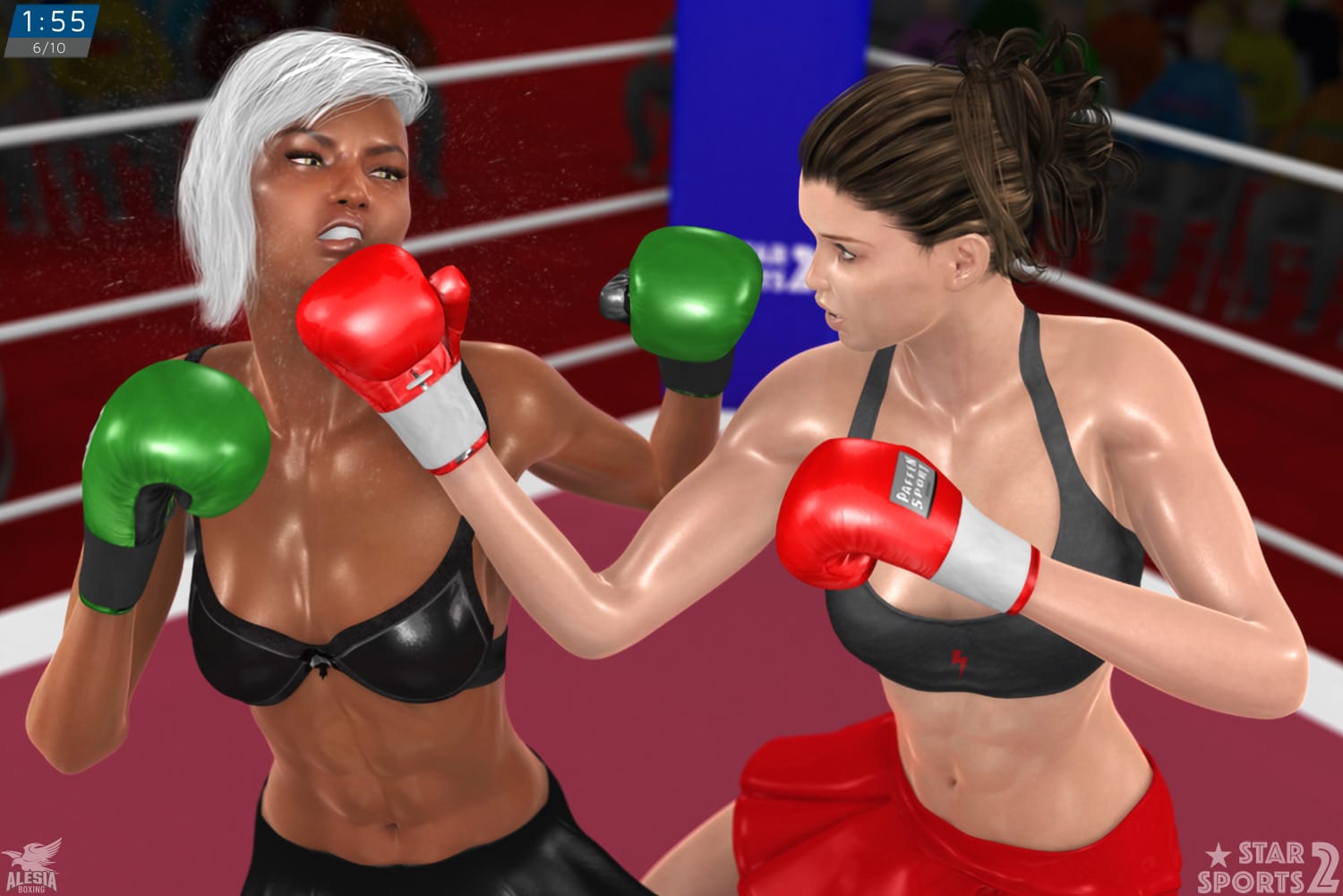 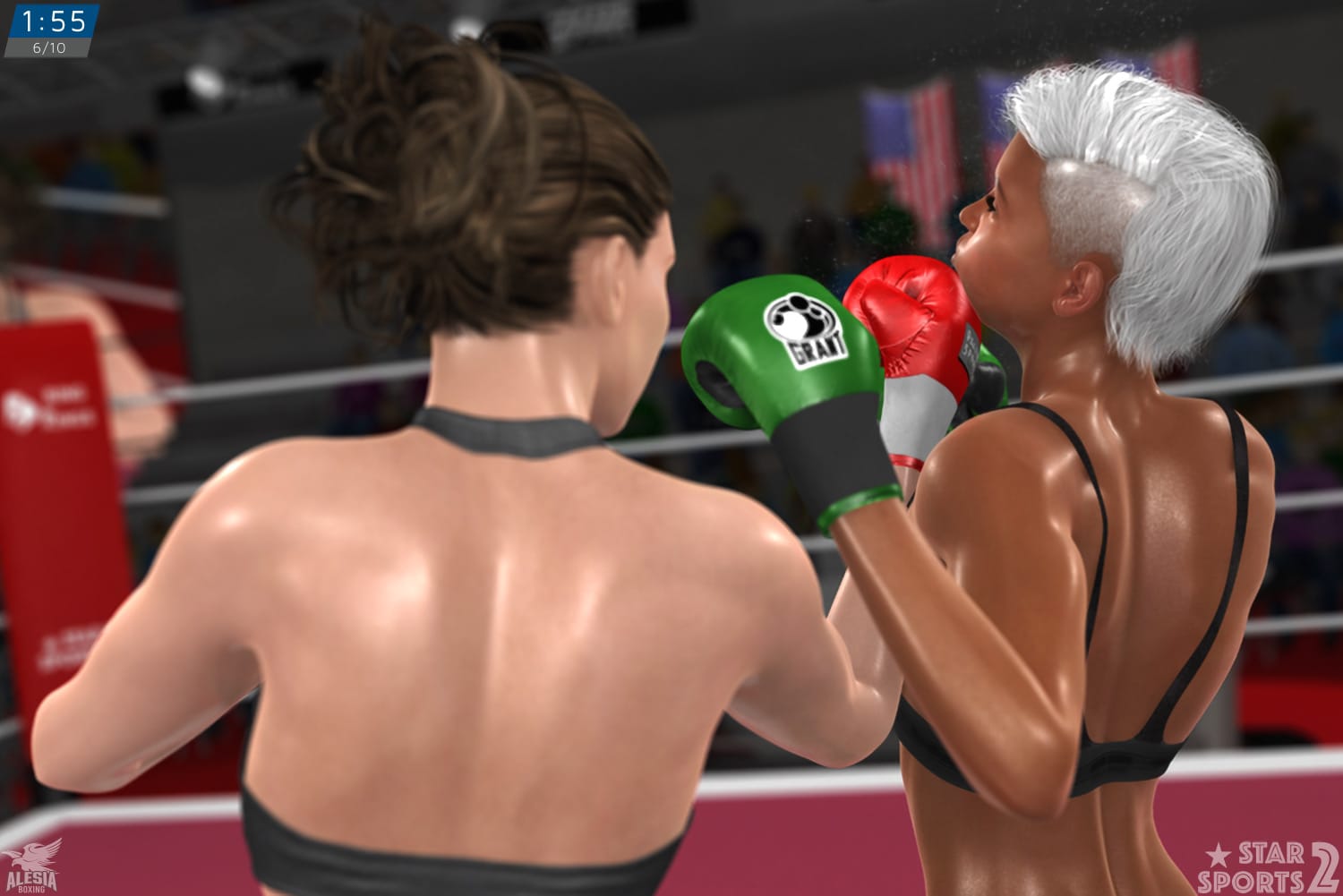 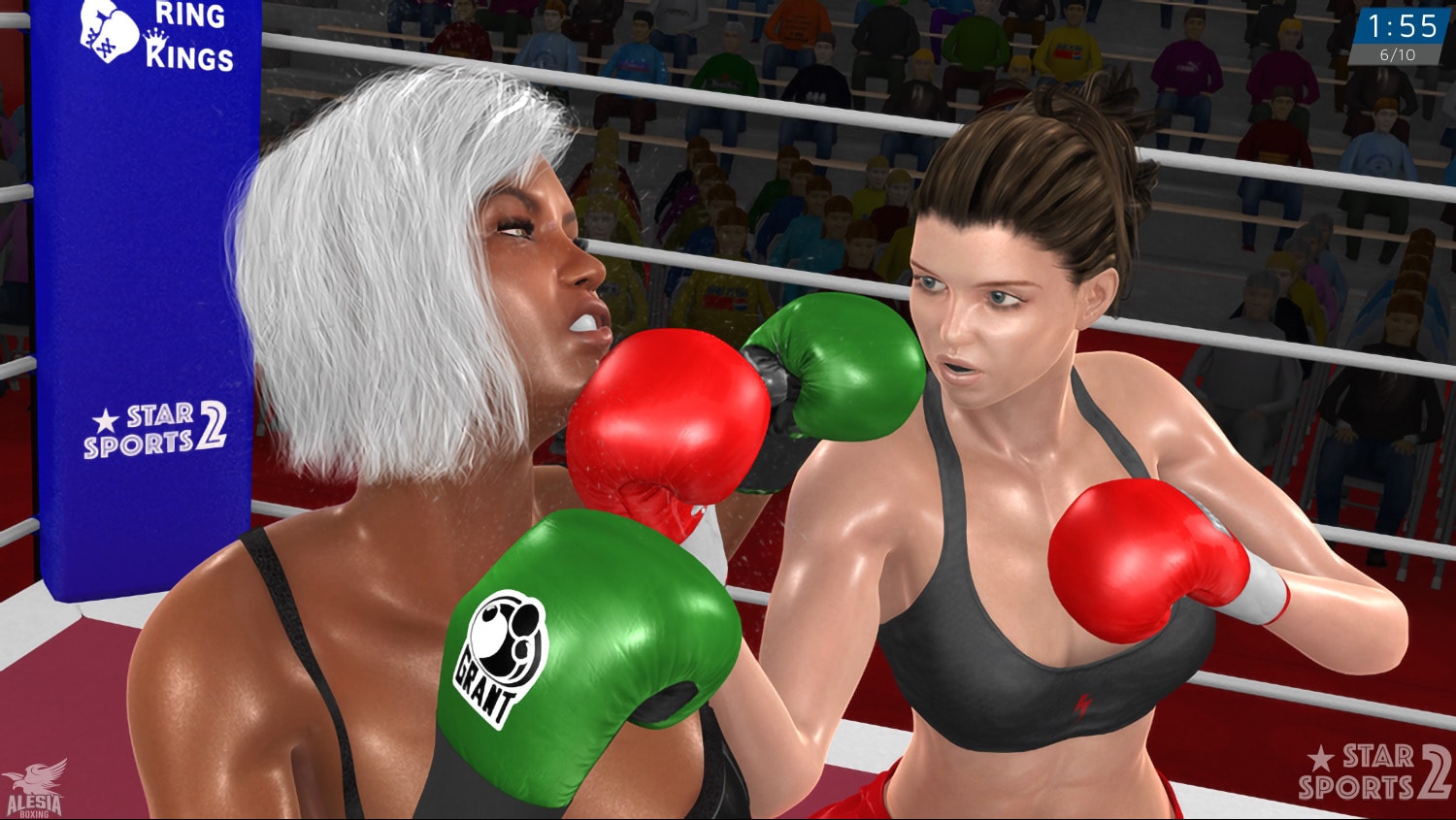 The unforeseen part is that High Voltage uses energy reserves to discharge. She goes on the offensive with the intention to show who’s the boss, without leaving Peppermint the chance to fight back. That’s how you earn points in boxing, right?

Jim: “Carter goes in, feints a step-back and goes back in with a bolo left! On the money to meet Taylor Grant’s chin once again.”

Warren: “Carter’s game is as impressive as yours when you’re at the blackjack table and about to lose it all, as you did so many times. Except that she’s successful.”

The later stage gets even tougher for Taylor. A bold Chelsea comes forward, lets her hands go freely to throw punches meant to hurt. Lefts and rights come from all directions and there’s plenty of power in each shot.

The New Orleans native goes for tactics that few would have expected. She goes on the defensive. On the back foot, looking at her opponent to decipher moves, react accordingly and timely. When a powerful right hook comes in, she covers up and leans to the right to deflect the impact.

Jim: “What a round by Carter. She’s attacking successfully against a woman who is supposed to beat her. Grant is seemingly biding her time.”

Warren: “We’ll surely know more about this in a few minutes but for the time being, it seems that we have two patterns to believe in. Either Chelsea Carter is so strong that she can bully Taylor Grant around. Or Grant is making her opponent spend energy, coping with a difficult round and hoping to rally later on. Either way, it’s a violent game.”

With patience, defensive tactics pay off for the African-American, who can finally nail down the West Coast chick’s timing. Her defense becomes more fluid, accurate and natural as Round 6 winds down. She even affords to make Chelsea’s left hook miss by a margin.

The rewards of patience become more obvious 10 seconds later. A slightly more anxious Chelsea keeps her foot on the gas with eagerness to hurt the challenger.

The Black woman doesn’t care about the champion’s feelings. She wants to win, no matter what the cost. She meets an incoming left hook with a wide but accurate left hook under the jaw at the right time. PAFF!

Warren: “Carter may be winning this round but Taylor is a nimble, experienced and persistent fighter. She makes the experience that much tougher.”

The round ends without much more action. Let’s see what coaches have to say.

Mercedes: “Alright pork chop. Sit down. Good stuff. Ya done great to keep her under pressure. Keep that up. Then bait her for counters that will hurt.”

Mercedes: “Remember ya switch hittin’. Both hands to cause damage. Not just one.”

Sam: “Two options. Work to win or quit on the stool.”

Sam: “Then you have to show me a fucking lot more.”

The challenger throws her hands up. “What else am I supposed to do? That chick’s dangerous.”

Sam: “You’ve been patient. Now fight like you wanna score the counter that hurts.”

Sam: “Not just okay! Commit or I don’t let you walk out.”

Warren: “We both have Carter winning the last round. What’s your analysis, Alesia?”

Alesia: “Same here. Despite a late comeback, Chelsea’s showed that her hands are difficult to contain. Taking the initiative, landing the best punches and increasing her lead. The fight is far from over but Taylor needs to win rounds now. to avoid falling into a pit.” 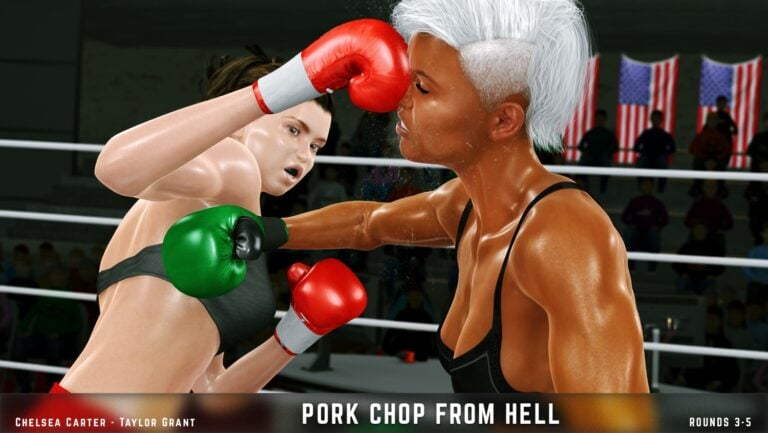 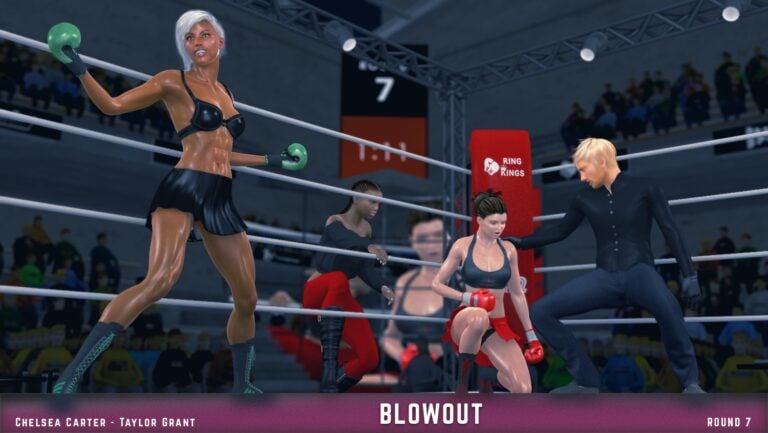