After a rocky round 1, Emma knows that she needs to signal to Takara that she’s not going to be there for the taking. The two fighters both try to claim the middle of the ring and snipe jabs at each other as they try to control the important center area of the ring.

Laila: “A battle of the jabs here in the early going. Winning the ‘jabbing’ war is something that a lot of casual fans don’t think about a lot, but it can be a huge factor in a fight. A bit surprising not to see the taller Takara be able to judge the distance better.”

Sandra thinks: Now or never. Either Emma gets run over or she finally sees what I see in her.

Emma knows that it is on her to shift the script of this fight, and she does it by standing her ground. That suits Takara just fine, as she doesn’t want to be chasing Emma around the ring. As the two play a bit of cat and mouse, Emma feints stepping into range, which draws an immediate right hand from the Japanese fighter. As Emma didn’t actually step in, the punch misses, and Emma files that knowledge away for further use.

Laila: “McGale looks light on her feet here, and she’s making Oshima guess at when she’ll be in range, which is a nice piece of adaption. Footwork doesn’t seem sexy, but it can be a deciding factor in a fight, and McGale’s looks quite smooth today.”

Emma thinks: I have to be brave to be in the ring with this girl, but I can’t just wait back. I have to make her respect me.

As one may learn from time in the boxing ring, or by simply watching ‘The Karate Kid’ – striking first can be an excellent strategy as well. Emma takes this to heart as she spots a chance for an overhand right and throws it. The dark grey glove finds a home on the cheek of the Japanese fighter, making a solid connection.

Laila: “McGale lands her best shot of the fight, a crunching right over the top. A clever little shot making Oshima pay for not getting her defence back in place quickly.”

Takara has much less success tagging Emma in the second round. The Canadian, having had a taste of her opponent’s power, makes sure to make herself an easy target. But she also knows that the closer that she gets to Takara, the less dangerous the Japanese fighter’s straight punches become.

Emma makes Takara miss on a right hand. Now in close, the Canadian knows that she must work in close and impose her strength on her opponent.

Being in close with Emma McGale is not fun for Takara. The Canadian bullies the Japanese fighter around, making life uncomfortable and not granting the space for the puncher to unleash her biggest or best punches.

What does Emma do when she gets inside? She wants to take the body. ‘The Peach’ is able to shift to the side and throw a short uppercut into Takara’s midsection, which draws a groan from the Japanese fighter. It’s clear that Emma is comfortable in close quarters.

Laila: “McGale may have come into this fight as the underdog, but anyone who has seen McGale fight recently knows that she can be an absolute bully in close quarters. Even the nominally heavier Takara is having trouble with the strong Canadian.” 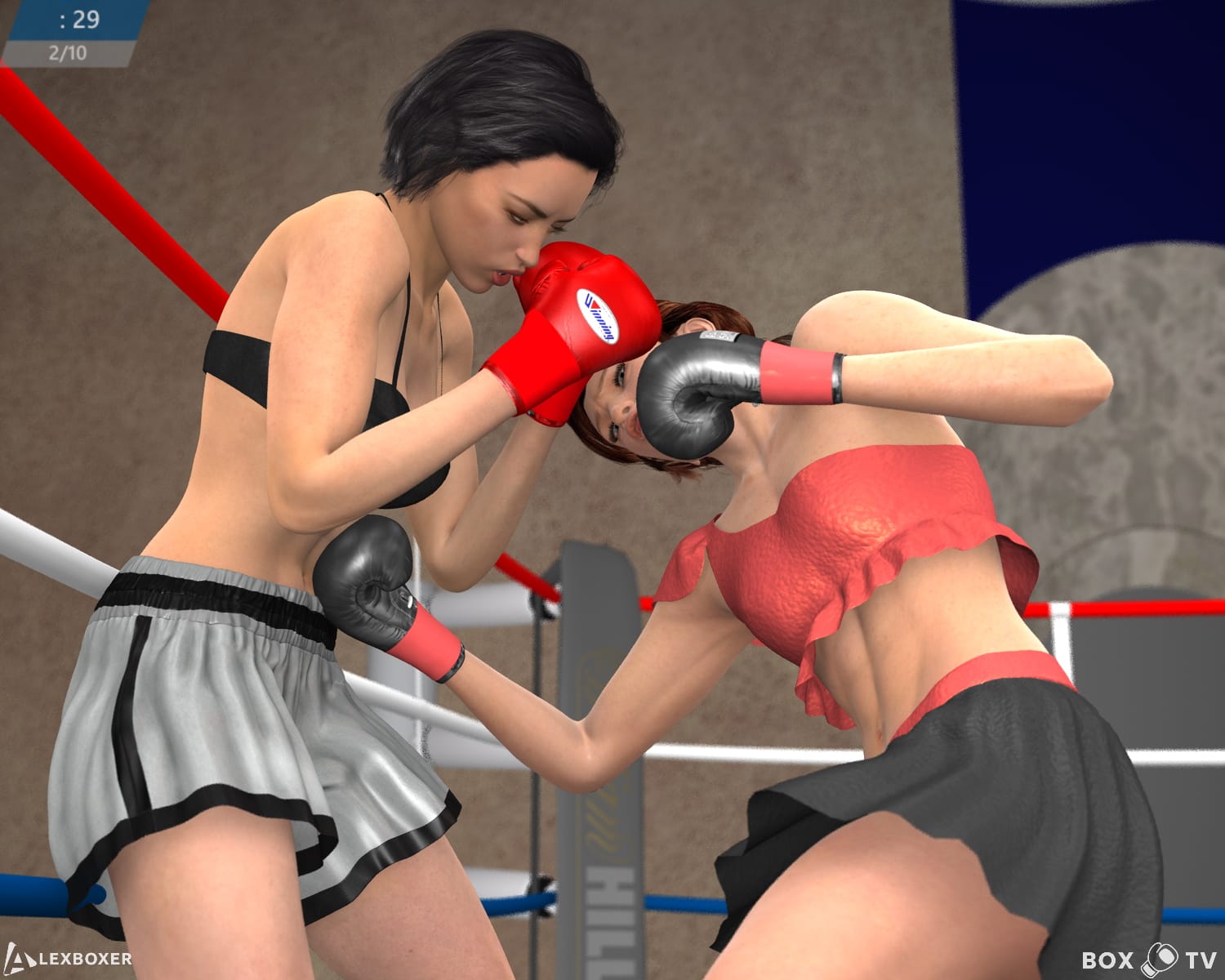 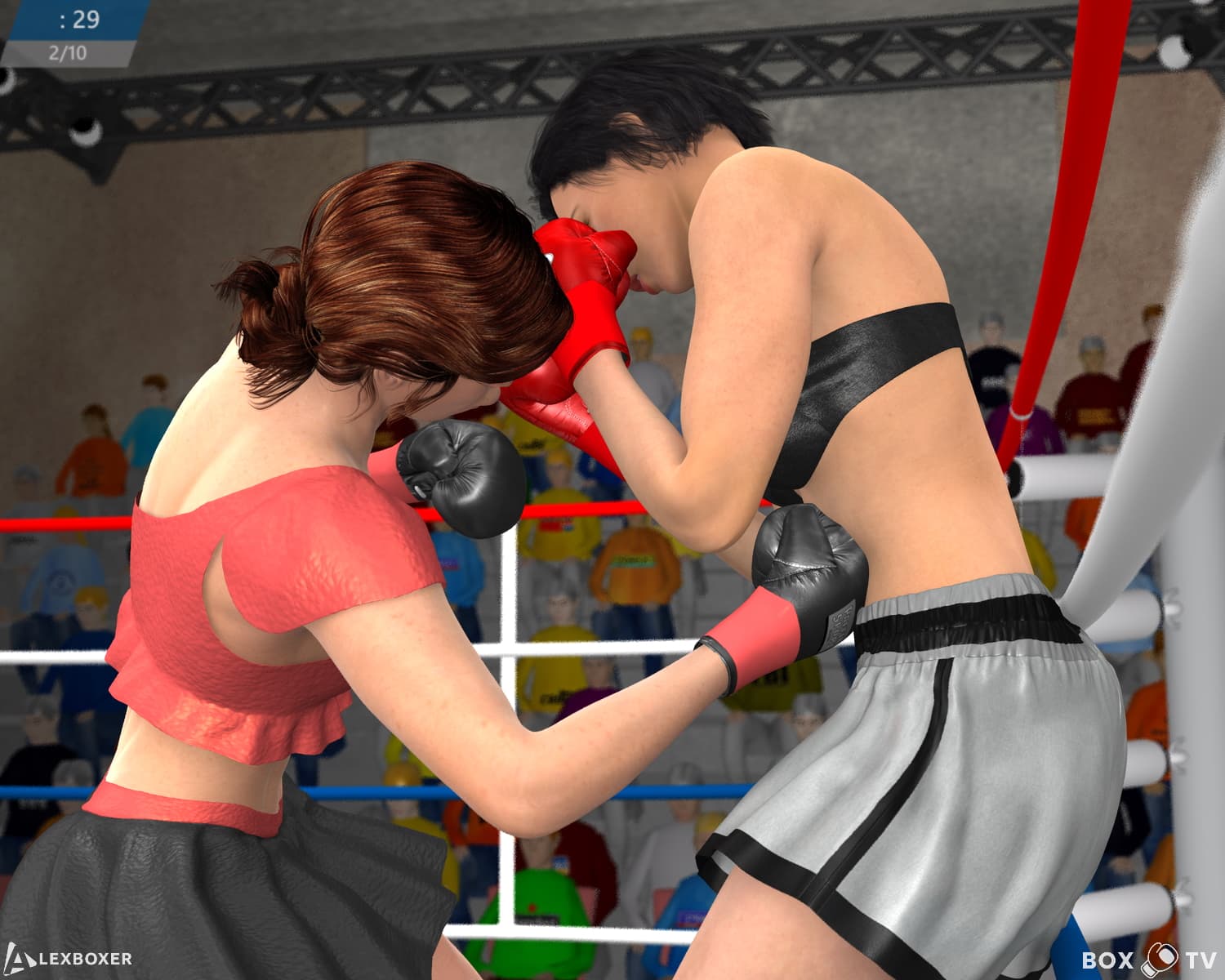 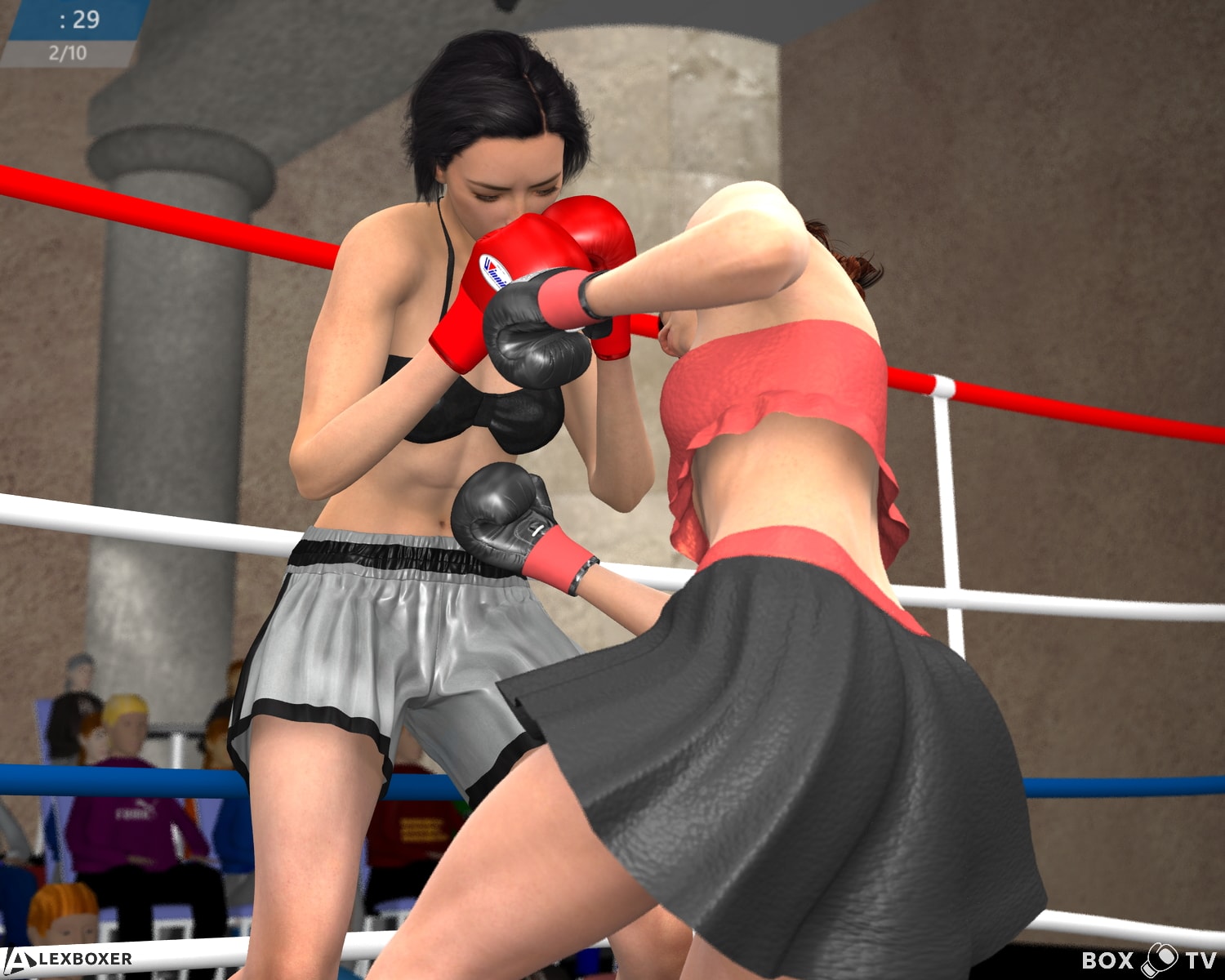 Takara is eventually able to extricate herself from being in close with Emma. She has no desire to get into close range with Emma anymore, so she tries to keep Emma from getting inside by extending a long jab. She’s able to make a bit of a connection, but Emma’s good head movement make the connection little more than a glance.

Laila: “The power puncher has been forced on the defensive by an Emma McGale who has upped her workrate here in the second round. Takara is having trouble make a solid connection and when power punchers can’t get their punches in, that’s always going to be a bit of a problem. Or, more than a big problem, really.”

Emma’s elusiveness is more than enough to get in close and when she is able to work inside near the end of the round, ‘The Peach’ is able to land by far the better punches, including a short left hook that jolts the Japanese fighter’s head around.

Emma thinks: This girl has nothing for me inside. I will pummel her.

Laila: “The warning bells must be ringing in Takara Oshima’s camp after a dominant round for the underdog Canadian. And after that left hook, her head might be ringing a bit. McGale isn’t known for dramatic power, but she does have 7 knockouts to her name. If Oshima endures more rounds like this one, that number may be increasing shortly.” 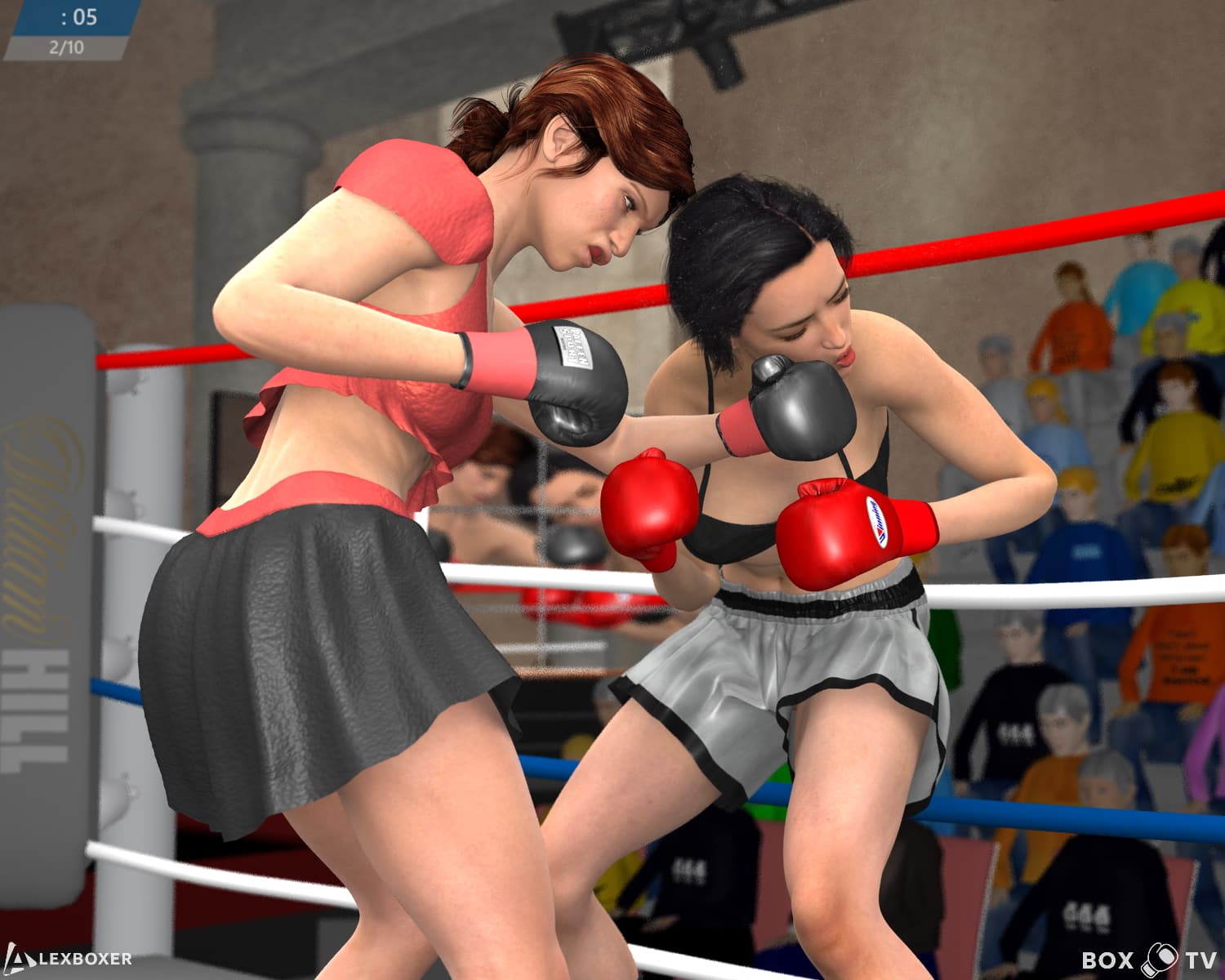 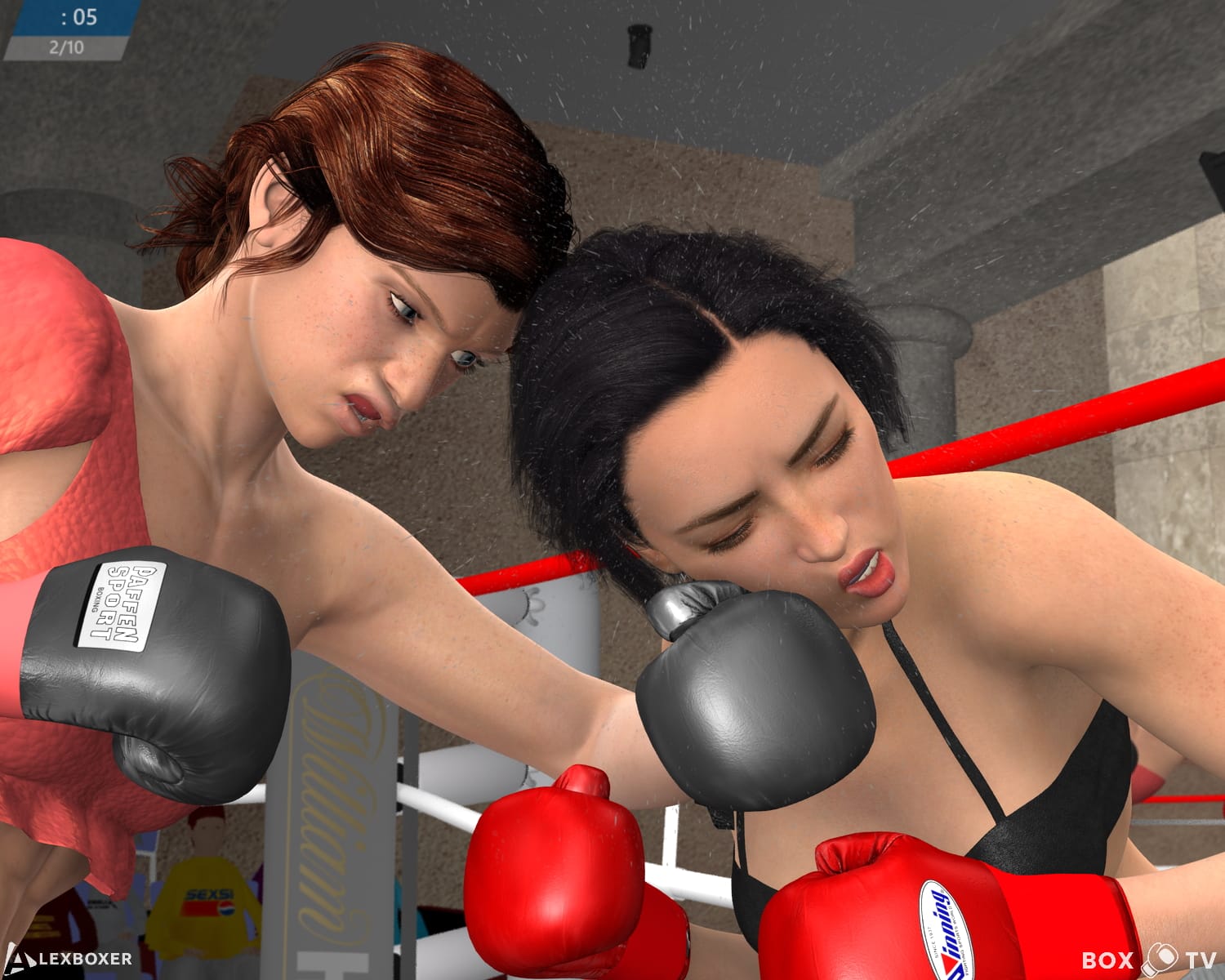 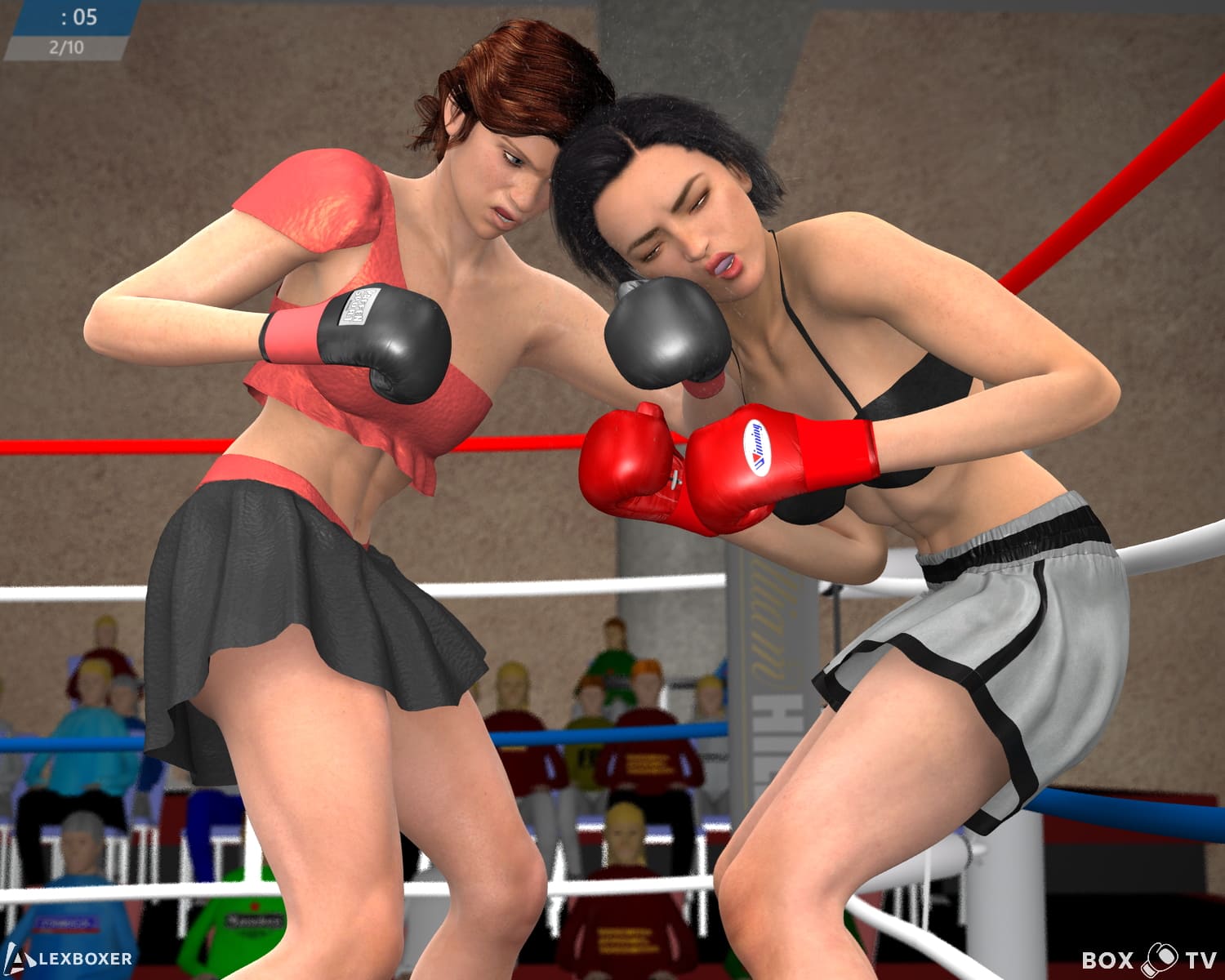 DING! End of the round.

Laila: “A good round for Emma McGale to even the scorecards. Let’s listen in to the corner of Takara Oshima and her coach Clifford Little.”

Clifford: “I need more from you and I need you to be smarter. You’re just throwing a fastball. I need you to throw at different speeds so that it isn’t so easy for her. It’s easy because everything is coming at her at the same speed. Make her feel like she can come in and trade with you and then when she does, you punish.”

Clifford: “You will. But if she ever gets close, I need you to just tie her up. This doesn’t need to be a one punch KO. But you need the range.”

Takara: “I’ve got this. Just one bad round.”

Clifford: “Focus. Be dynamic in there. She hasn’t seen a puncher like you before.” 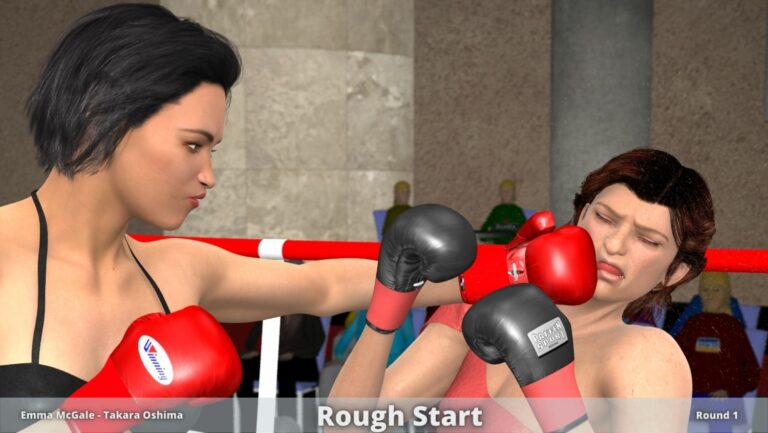 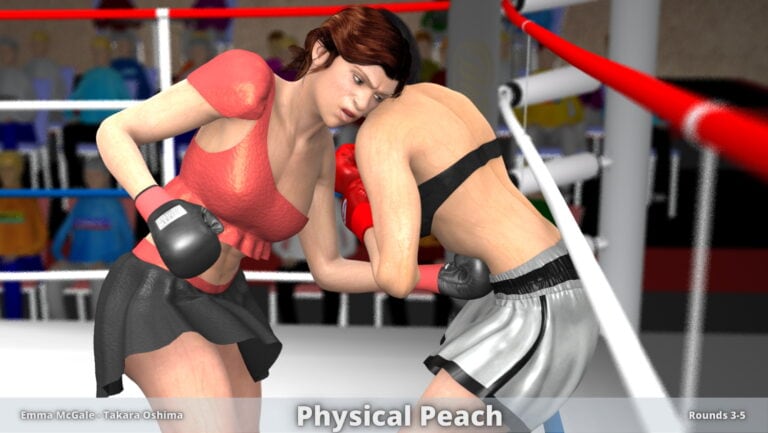 Emma McGale is an original character created by Alex. Living in Toronto, she is the Canadian Featherweight champion.
Profile

A dangerous Lightweight who has speed and power in both hands. Now living in London after leaving Japan.
Profile
basic HTML to style comments