It’s Round 9 of this fight. Though they won’t admit it, each boxer feels just that little pull of fatigue when rising from their stools. Fighting is a tiring experience, but they don’t show any fatigue as the round begins.

Like the previous round, Virani stays light on her feet, fighting behind a varied jab. She sometimes flicks a jab towards Sonia harmlessly, and then sometimes will follow the flicked jab with a stronger second jab. This throws Sonia completely off her game. Virani’s unpredictability makes it difficult for her to get inside and throw power punches. And getting hit by a fully thrown jab from Virani also hurts, as Sonia finds out midway through the round.

Laila: “Virani’s jab has been the star so far in this round. She’s really not really using it to set up other punches, but to deny Sonia any rhythm of her own.” 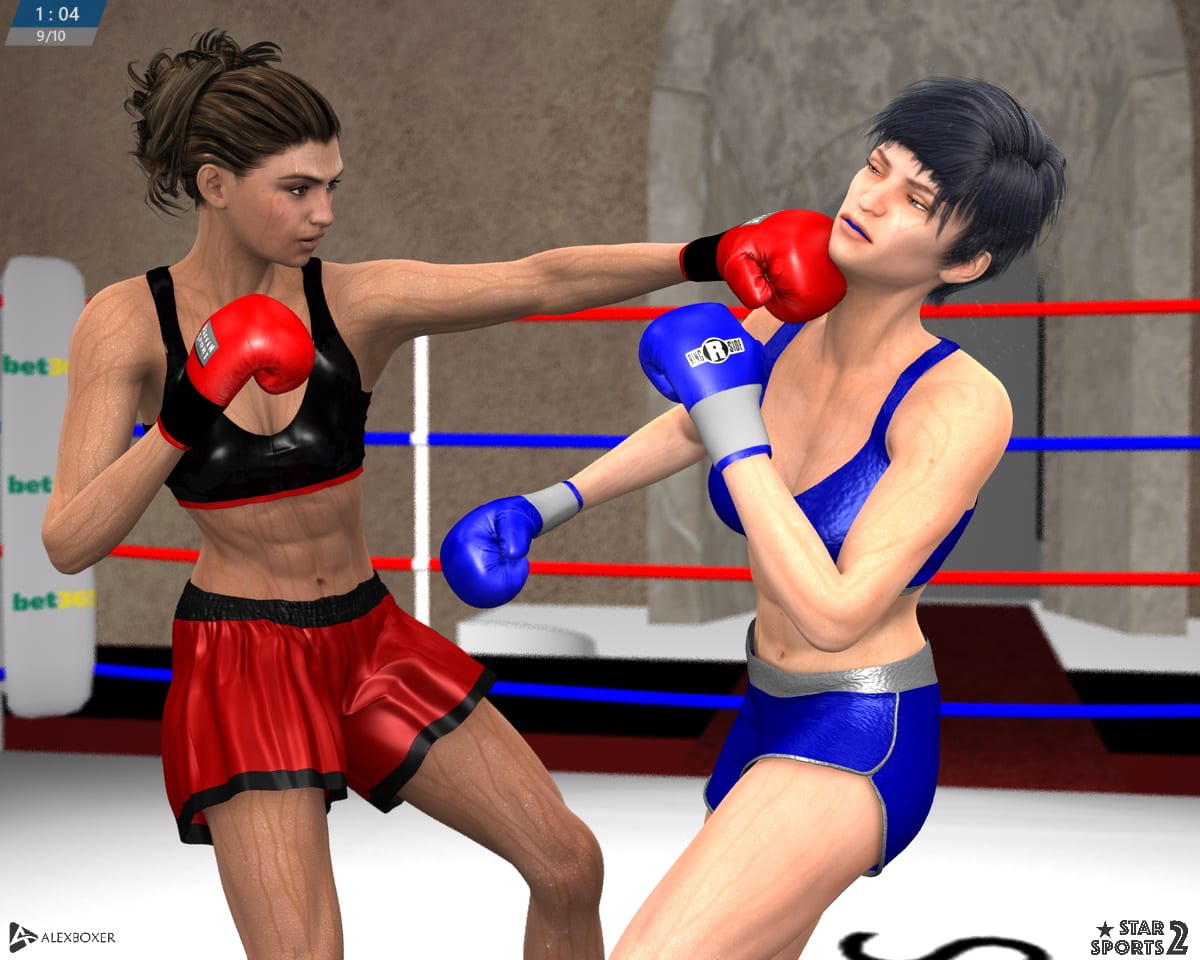 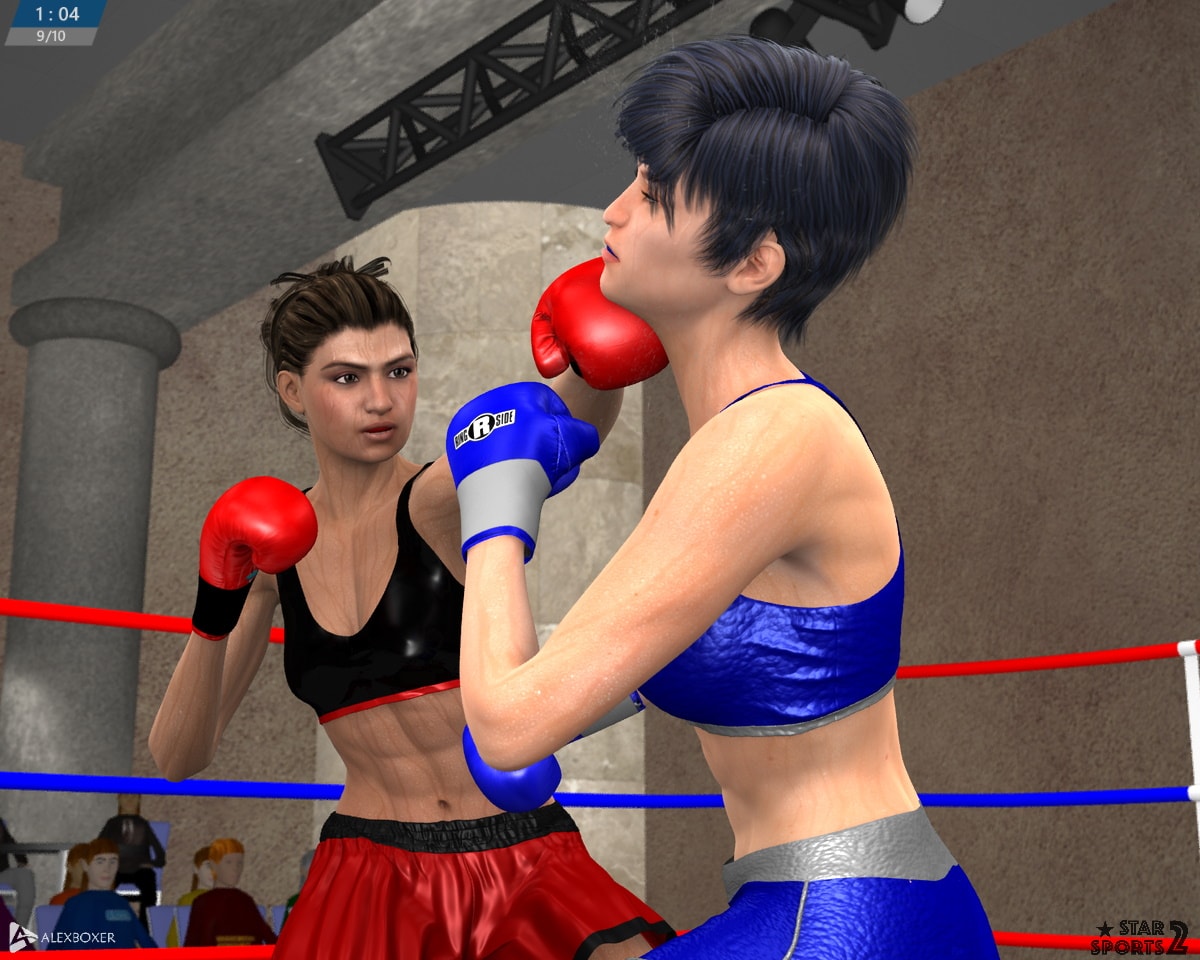 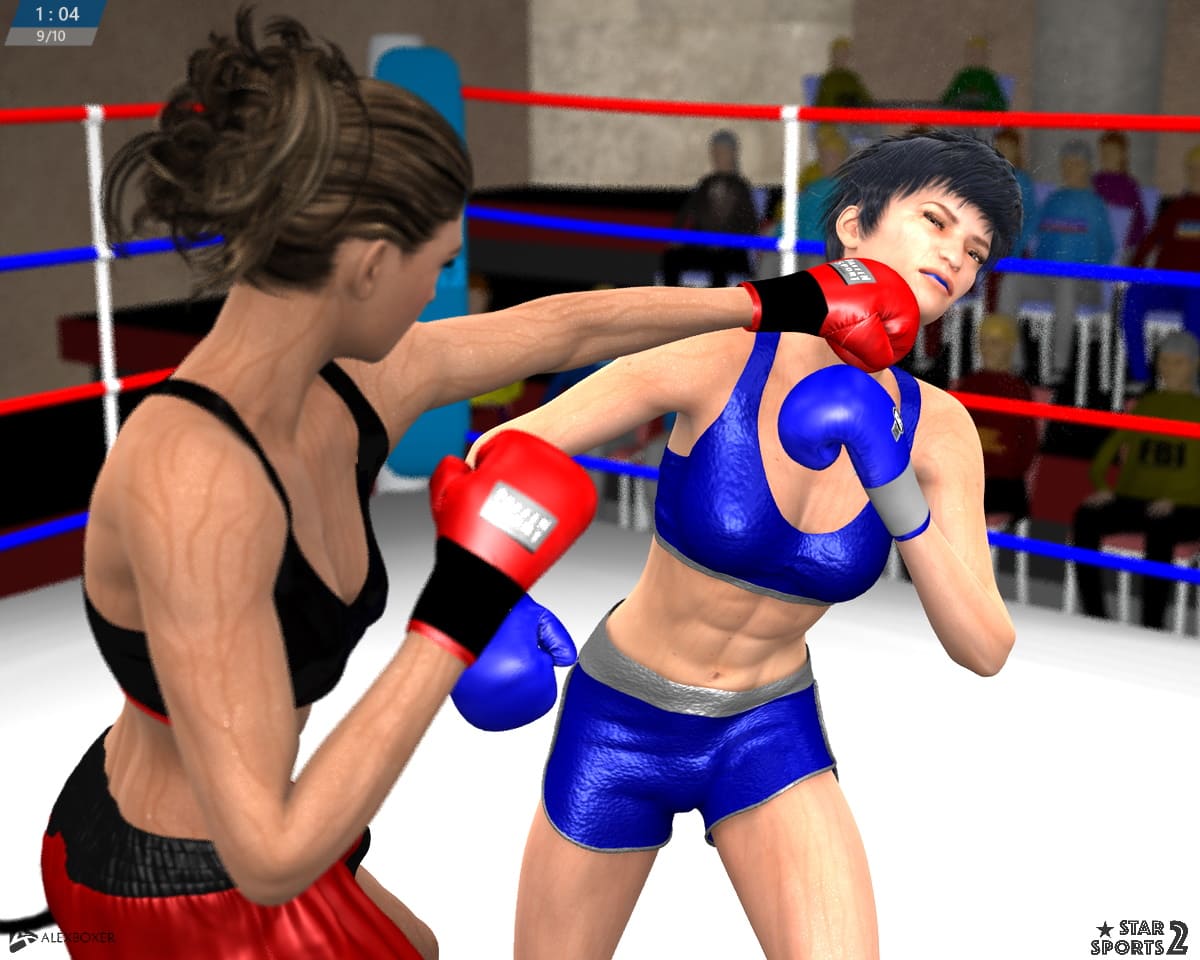 The jab is the key for Virani, who doesn’t at all fight in her usual puncher style. She flits in and out of range rarely giving Sonia the opportunity to land. When Virani does come forward, the jab of the Canadian make Sonia raise her guard, which lets the creative Cobra land punishing blows to the body that come in unexpectedly.

Laila: “MacVicar might be fighting a bit more defensively than usual, but she can still introduce pain from a single punch as she does here.”

End of the round.

Laila: “An easy, dominant round from Virani MacVicar, who outboxed Sonia Fox thoroughly. The American champion will now have to find a knockout in Round 10 to win this one in all likelihood.”

Mechelle: “It’s not a good feeling in the corner knowing you have two minutes to put your opponent away. Especially as MacVicar hasn’t even really been hurt at all in the prior rounds.”

In the corners, the messages are simple. For Sandra, she tells Virani that she needs to be on her feet at the end of two minutes. For Cameron, the opposite advice is given – it’s a knockout or bust.

As one might expect with a situation like this, Sonia throws all caution to the wind as she throws haymakers towards Virani, looking to clip her or do something, anything that could lead to an end of the fight.

Sometimes avoidance is all that can be done – as Virani stays tall and keeps her left hand high to make sure an overhand right thrown by Sonia only hits air.

Laila: “Sonia Fox is certainly going for it. Remember the strong end that she had to her fight against Tanille Taylor where she almost caused the upset? She’ll hope for a similar story here.”

Virani thinks: This girl is going for it. I’ll have to gain her respect or I’ll get caught by something.

Sometimes offense is the best defence. With the American champion attacking without reservations, she leaves herself open to return fire from the Canadian.

Sonia thinks she has an opening for a right hook, but it’s too slow in developing and Virani’s overhand right counter is on the button as Sonia’s return punch completely fails to hit the target.

Laila: “Fox has paid the price for throwing power punches as she gets caught with a very well timed right hand by the Canadian Cobra.”

Mechelle: “The timing on that one had to hurt. That’s the kind of punch that rattles you to your core.”

Sonia’s not hurt per se from that right hand, but it does take a little bit of the American’s will to open up and throw bombs.

That only last for a few moments, before Sonia is back at it again. But Virani’s confidence is high and she’s feeling like she has the measure of the American. She uses some clever footwork to decieve Sonia into thinking she is throwing a jab, only to snap a clean left hook that catches the blue-clad warrior directly on the chin.

Laila: “That was a lovely left hook right on the target from Virani MacVicar! I think Sonia Fox might have been shaken by that one!” 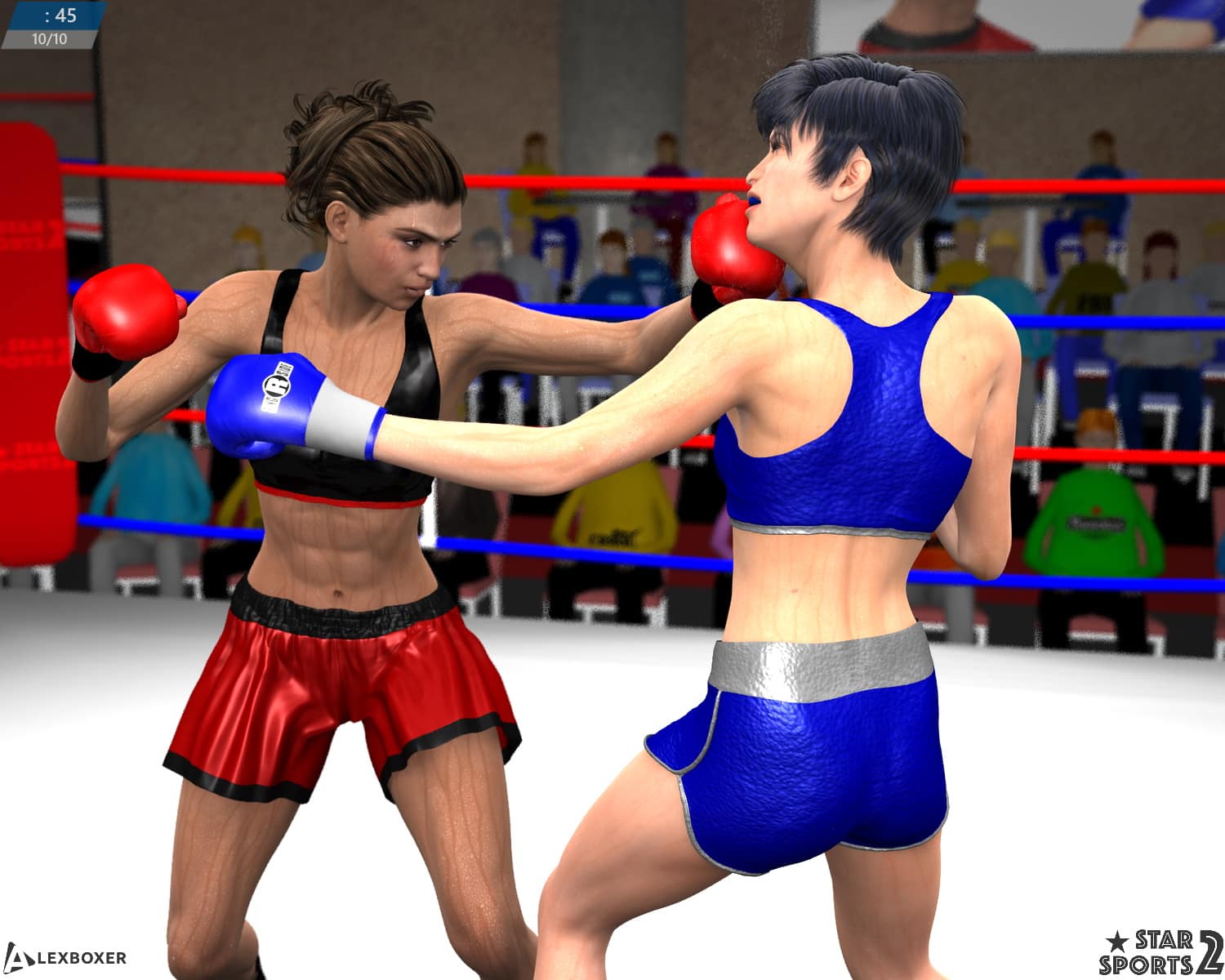 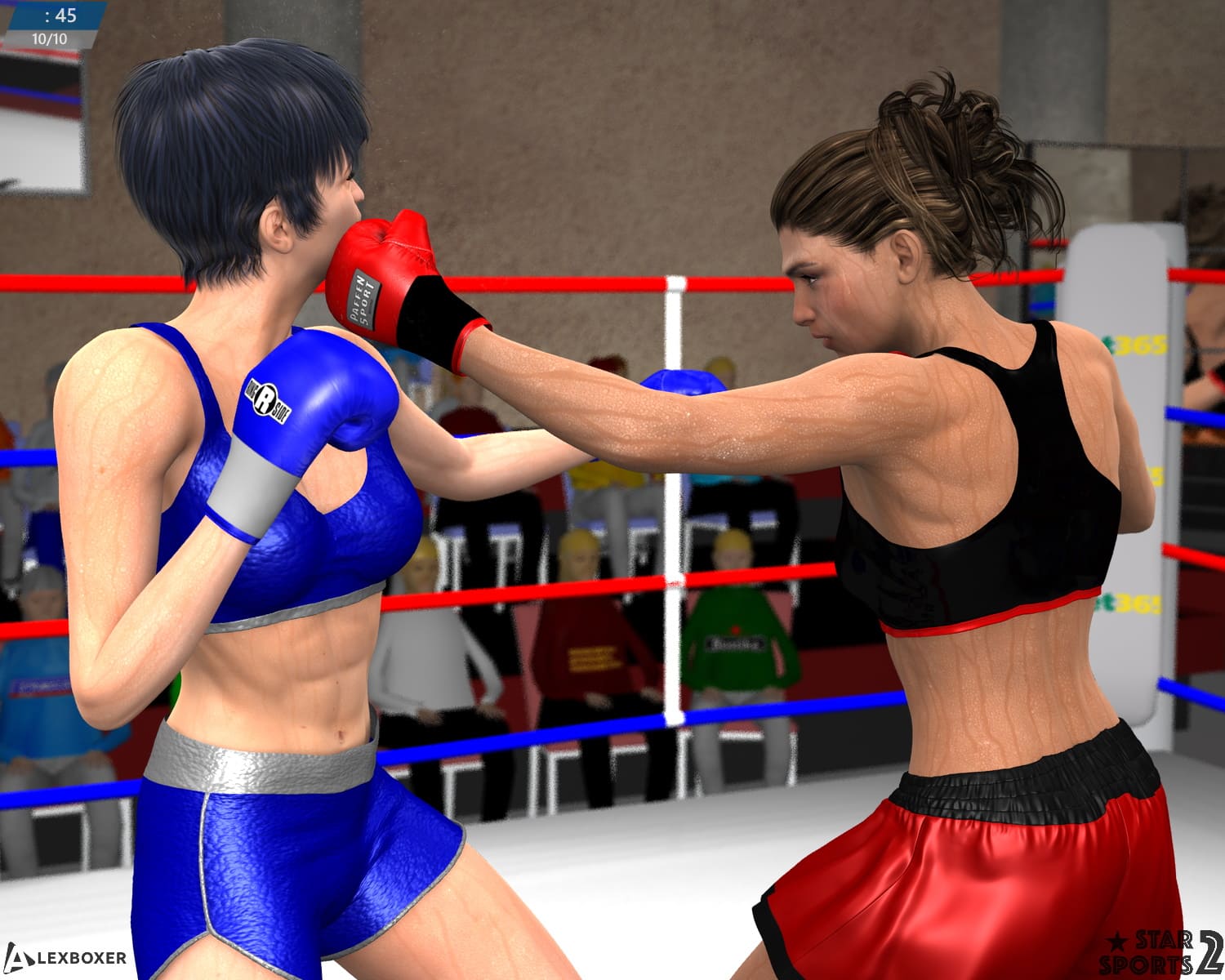 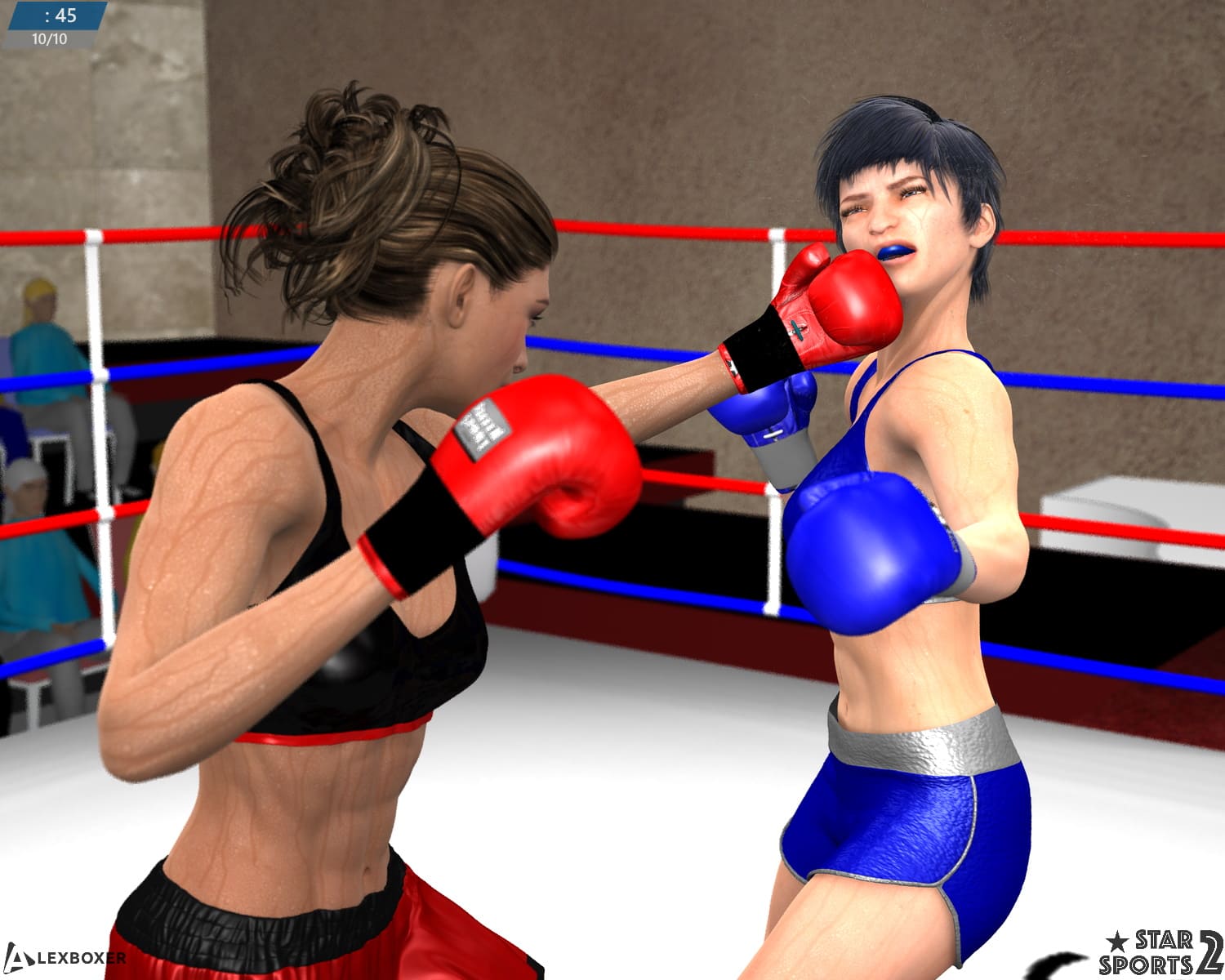 The crowd reacts as Sonia backs away, for the first time in the fight somewhat unsteady on her feet.

Mechelle: “Could MacVicar get a late finish here?”

Virani thinks: I could try to get this girl out of here, but what’s the incentive. I don’t need to take the risks.

Virani keeps a low, confident guard as Sonia puts her gloves up and crouches to protect herself. There’s a bit of consternation from the crowd as the famously effective finisher decides to show mercy. Or as Virani’s defenders might say – she chooses the path of least resistance.

Virani is totally in coast mode as the final part of the fight approaches. Just to underscore things, Virani lands yet another jab on Sonia Fox, who tries forlornly to change the fight. It’s a laudable effort, but it only means absorbing more red leather.

Laila: “It’s been a diverse attack from Virani today, and she’s utilized a strong jab a lot late in the fight. But she hasn’t really used it to set up more power punches, does that surprise you Mechelle?”

Mechelle: “Can’t say I really understand it. A good flurry of punches may have convinced the ref to save Sonia in what has largely been a one-sided affair.”

DING! The bell rings, signalling the end of the fight.

Laila: “And this fight is in the books, Sonia Fox goes the distance with Virani MacVicar in a fight where no one even grazed the canvas. Fox was hurt in the final round but MacVicar was on cruise control and seemingly did not go for the finish. A decision win will no doubt be coming to Virani MacVicar unless the judges have been watching Netflix at ringside.”

Mechelle: “Even if they were, they’d still probably give the decision to Virani.” 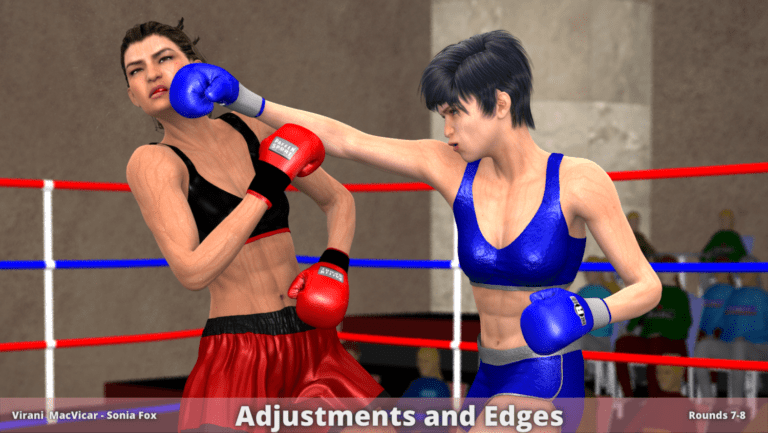 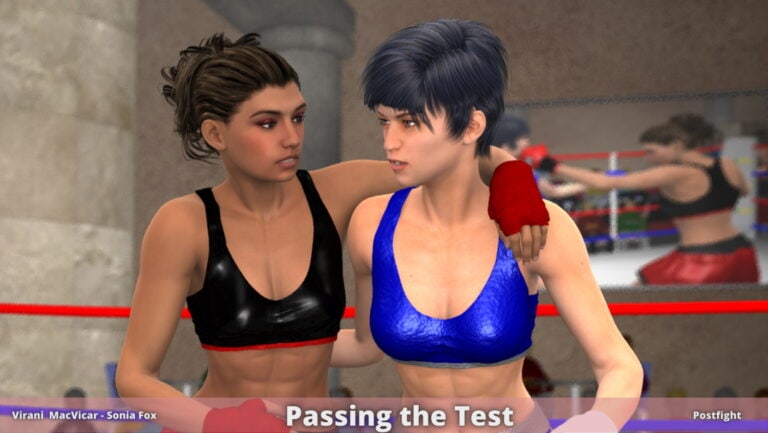