Final Bell Boxing, your prime provider of organised violence, announces that Delara Salimi and Sarita “Princess of Darkness” Waris will square off at the KOs in Koblenz event in Germany.

The Super Lightweight division match, scheduled for 10 rounds of three minutes each, will be telecast by Box TV in Europe. Zelda Deniz will be the referee. 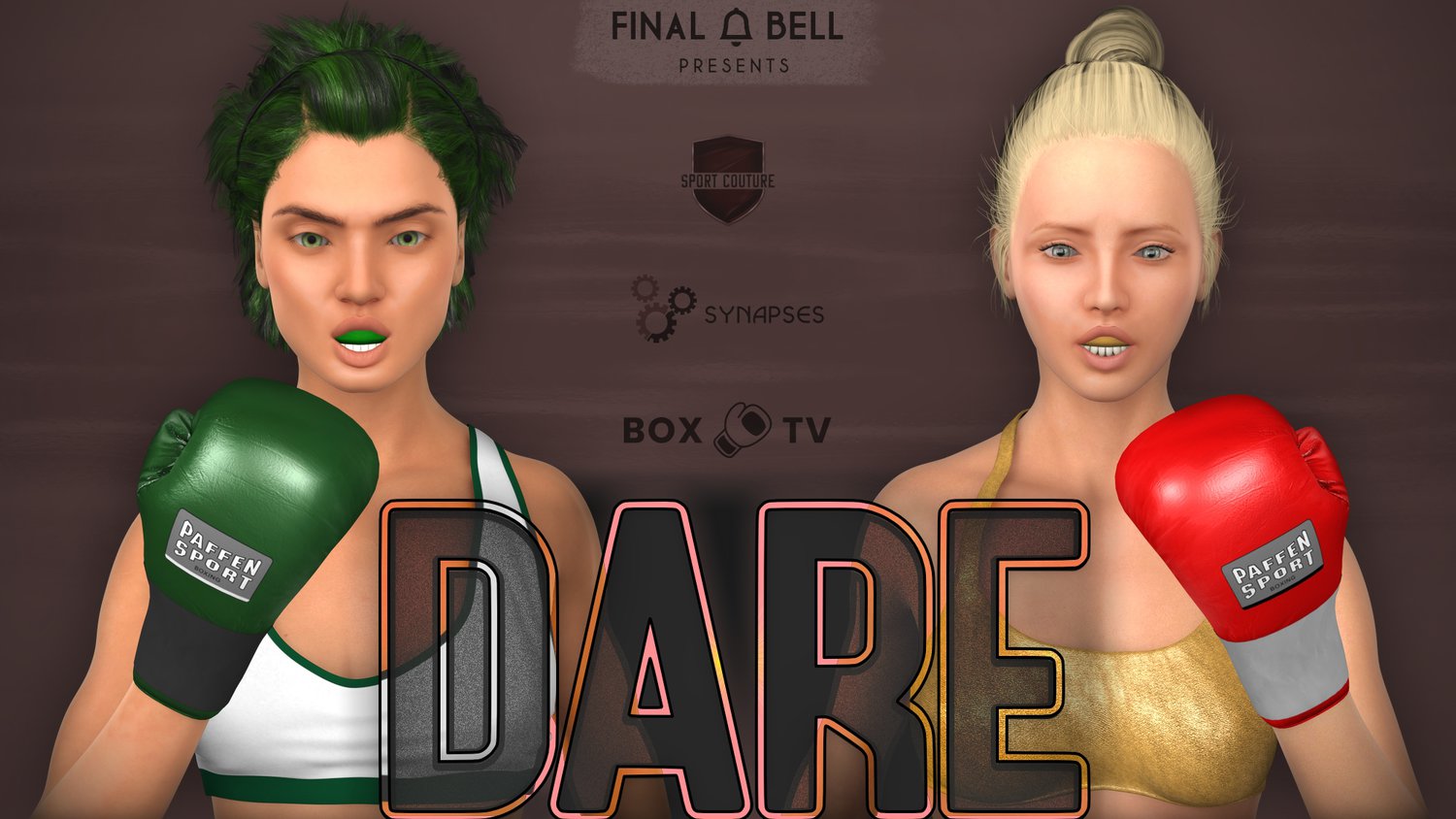 Ranked number 6, Salimi is one of the most intense competitors in the division due to her attacking style. She’s back in the ring after suffering defeat at the hands of Taylor Grant in late 2021.

Sarita may be talented but she has a big mouth. Chihuahuas yap but they can’t fight the big dogs. I will enjoy punching it until she puts a knee down and quits, just as she did when she got overrun by Steffi Slater.
Delara Salimi

Aged 20, Waris is a recent signing with a knack for theatrics but also one of the best talents coming out of Scandinavia. Her record stands at 4-4 with three wins by knockout. In her most recent match, she was the first boxer to stop Julie Marks.

This offer to fight Delara was totally unexpected. She has everything to lose against someone out of the top 10 and she WILL lose everything. Prepare for premium leather treatment because that’s all she’s gonna get.
Sarita Waris

Who fires the first salvo on social media? The feisty Finn, of course.

Delara Salimi is such a typical boxer. She built her record by beating up handpicked opponents. Then she chose ME as ‘the opponent’ for her next match. Guess what. She’ll fuck around and find out.

Berlin
Twitter for iPhone
22 replies 15 retweets
Delara Salimi
@delarasalimi
@saritawaris Keep yapping, doggie. That’s your face in the corner after the first round, and it will only get worse because you’re getting knocked out.
London
Twitter for iPhone
36 replies 44 retweets

Work in the trenches

While Sarita is vocal on social media, she’s diligent in the gym in Berlin. Former world champion Steffi Slater notices that and she volunteer for sparring under Maxim’s guidance.

Maxim: “Alright ladies. Let’s get to work. I think that Steffi has a few things to teach here.”

Sarita: “Eager to learn from the master.”

Steffi: “You have a big weakness called physicality. Not because you don’t have the body or strength but because you don’t react well when someone pushes you around. Julie did it well and Delara surely took notes. Gotta do better so she can’t punch your brains out.”

They go on to work on preventing pushes, holds and dirty tricks from getting to the blonde in the thick of the action. Especially when a push is disguised as a punch such as a forearm aimed at the face, throat or sternum. The Finnish Flash learns to lean out and give the veteran a shove to take control.

In London, Delara is working extremely hard as well after more than six months without a match. Her camp invited English contender Minnie Nelson as the main sparring partner.

Trainer Virginie Rossignol, who once coached Nadia Monteil, is on duty to steer proceedings. She orders the pair to focus on agility and dynamism in order to be ready for what Sarita will throw at Delara in the ring.

Minnie throws punches that are fast and long to take the Iranian-born out of her comfort zone. The left cross proves problematic.

Virginie: “Chin DOWN, not up! If you keep doing that, the right hook will come fast!”

The girls weigh in without a problem. Sarita’s youth makes it easy to tip the scales just right even though she may have had a döner or two in the last week before the “event”. Delara made it to 140 flat. A close shave.

Next, we go ringside.

Ring announcer: “Introducing first and fighting out of the red corner. She is wearing red and gold. Weighed in at 139 pounds and she is trained by former world champion Maxim Weiss at No BS Gym in Berlin. Her record stands at four wins, three of them by way of knockout, and four losses. From Berlin by way of Salo, Finland, she is Sarita ‘Princess of Darkness’ Warrrrrriisssssss!”

Ring announcer: “Her opponent across the ring is fighting out of the blue corner. She is wearing green and white and she weighed in at 140 pounds. She is trained by Virginie Rossignol at Countdown Gym in London. Her professional record stands at 12 wins, seven of them by way of knockout, and three losses. She is the number six contender at Lightweight… Delara SAAAAAALIMIIIIIIII!”

Zelda: “Alright girls. Come here. We went over the unified rules in the dressing rooms. This fight is scheduled for 10 three-minute rounds. There is no three-knockdown rule. There is no standing eight-count. You cannot be saved by the bell in any round. In case of an accidental headbutt after Round 4, we go to the scorecards. If you knock your opponent down, you have to go to a neutral corner before I start a count. If you foul intentionally, I will deduct a point. The second time, you’re disqualified. Protect yourself at all times. Obey my command at all times. Give us a good clean fight and don’t mess with me. Touch gloves.”

Esther: “Our contestants are ready for battle at KOs in Koblenz.”

Anna: “And it starts… soon enough?” 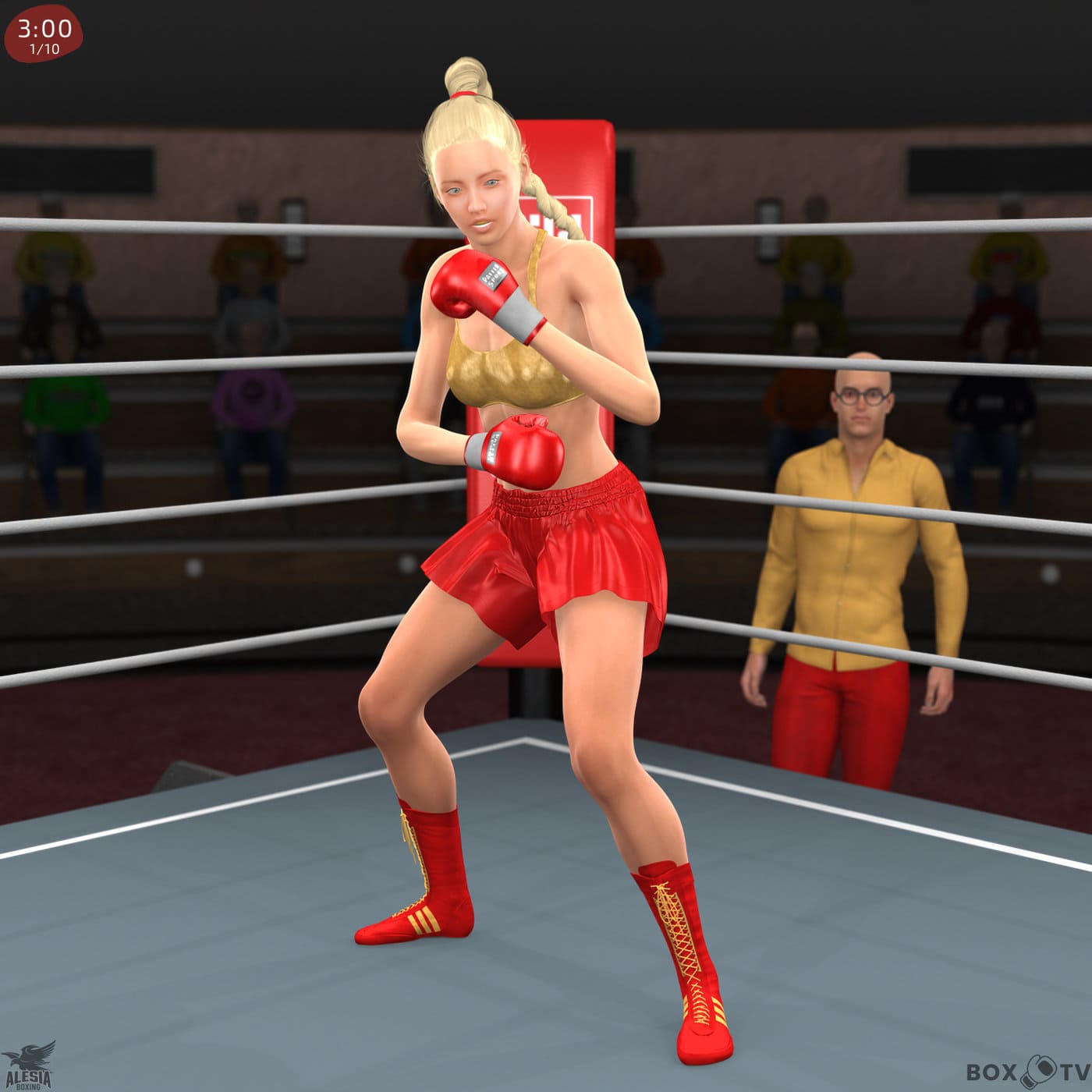 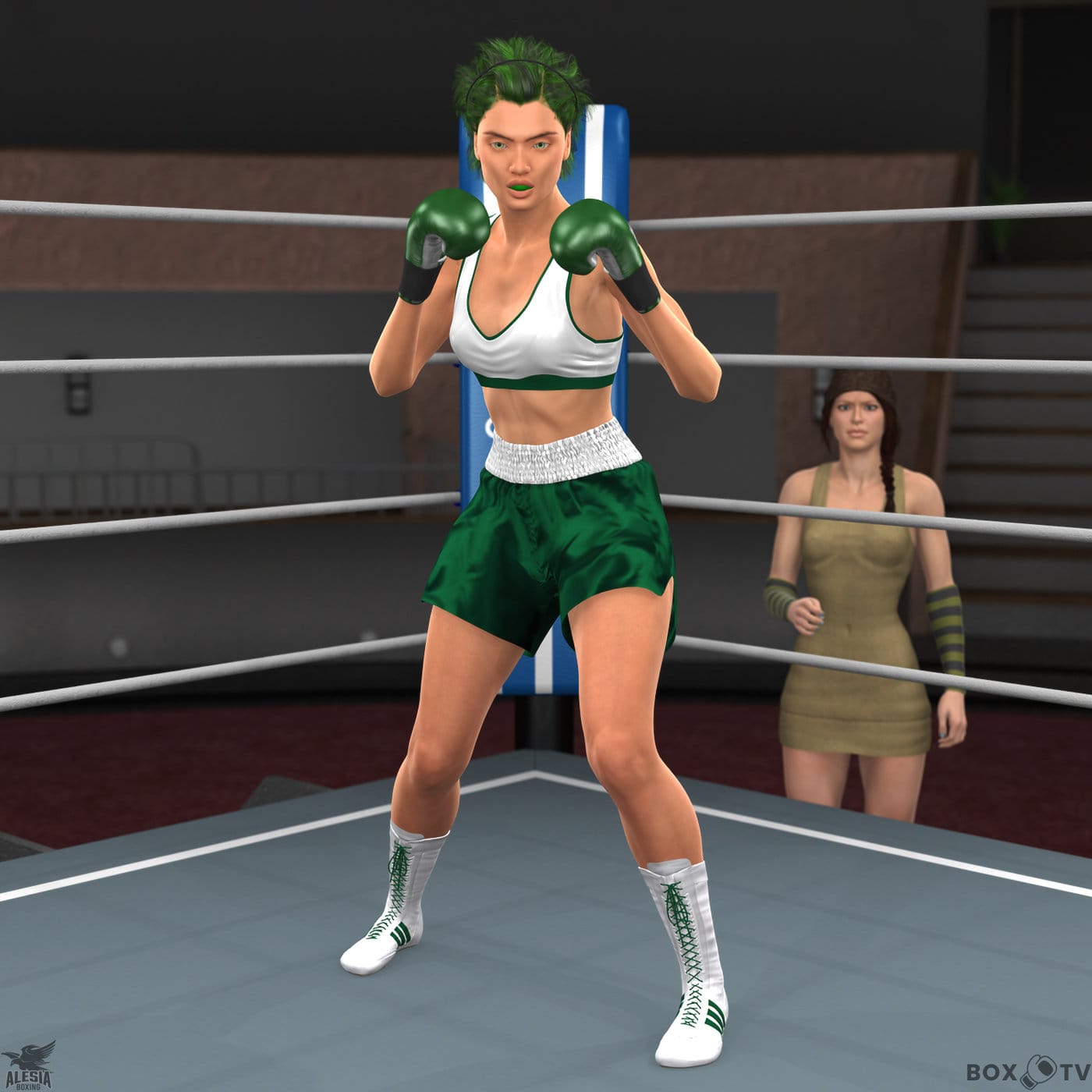