A day at the von Hammerstein palace

It’s a most sunny day in Schwerin, a city surrounded by big lakes in the north of Germany. Leonie von Hammerstein has a special guest called Sophie Schumann.

Among the landscape of water, greenery and a city, you find the palace owned by the von Hammerstein family, which was in the nobility prior to the abolition of its legal privileges in the 20th century. After revealing her ancestry and wealth, Leonie promised to be Sophie’s host for a day.

Sophie: “Wow. Big palace and what a view. How much time do you spend here?” 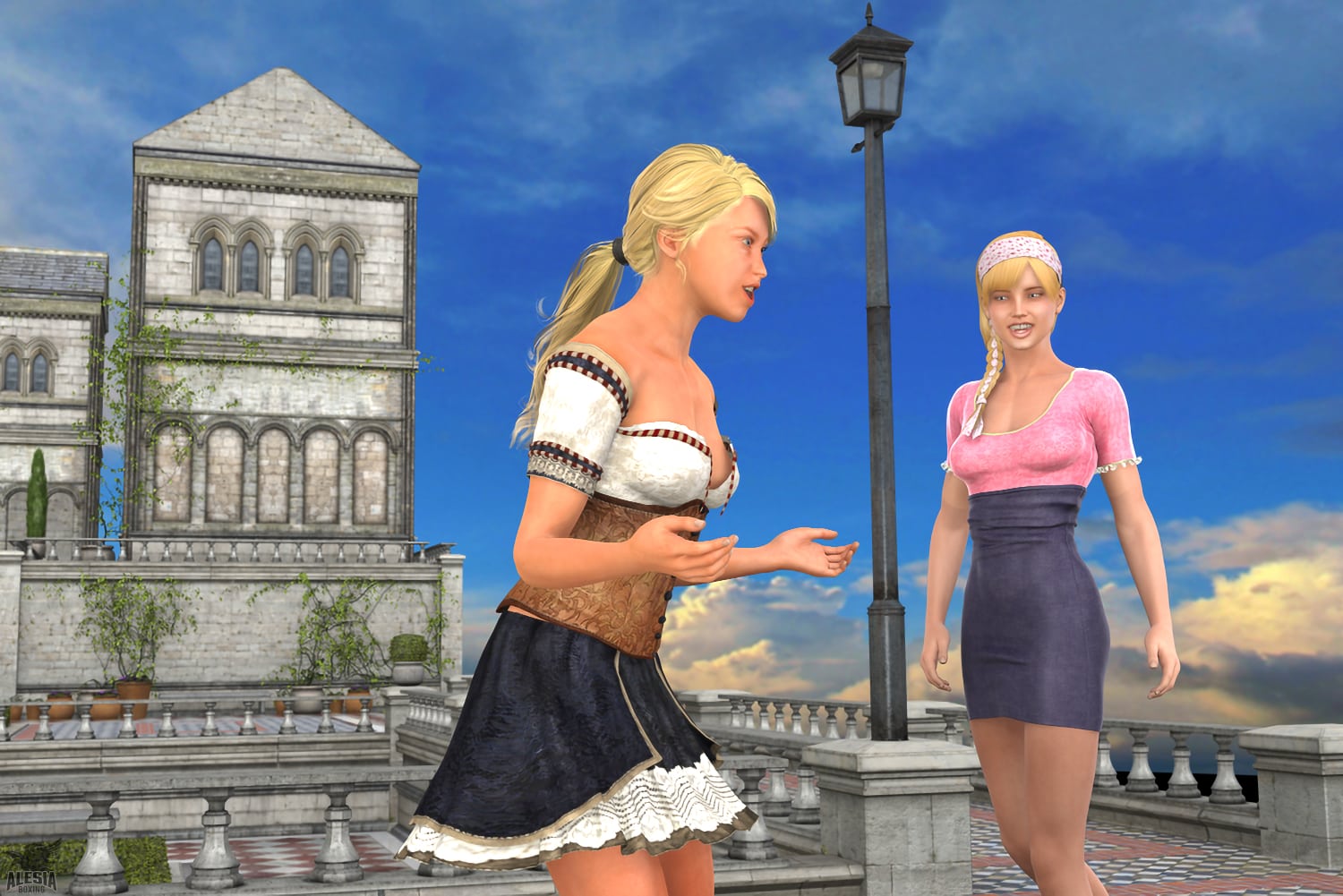 The host treats her guest to everything that she promised. Hanging out in the garden with another great view, tea in the salon with an introduction to the finest darjeeling, chef’s own pizza for dinner. It’s a day of luxury for Picasso.

As they enjoy a cuppa, the visitor can’t help but ask a question.

Sophie: “When are you back in the ring?”

Leonie: “Soon. Veronica got me an American opponent. The girl is 3-0 with three knockouts. She’s been attacking and beating up opponents who don’t defend well to entertain early in undercards. Nadia Monteil made me work on being steadier on my feet. In this fight, I’ll have to avoid getting hit and punch on the counter. A way to improve my game and counter that style.”

Sophie: “We’re in talks for my title match with Zohana Patel. That’s a big fish. Training camp will be hell.”

Leonie: “Tough fight but you’re probably the most talented girl she’s ever taken on.”

Sophie: “The biggest sticking point isn’t the purse split. It’s location. She wants to bring me to Bombay but we don’t have the base to make it a big payday there. We might have to look at other options in Asia.” 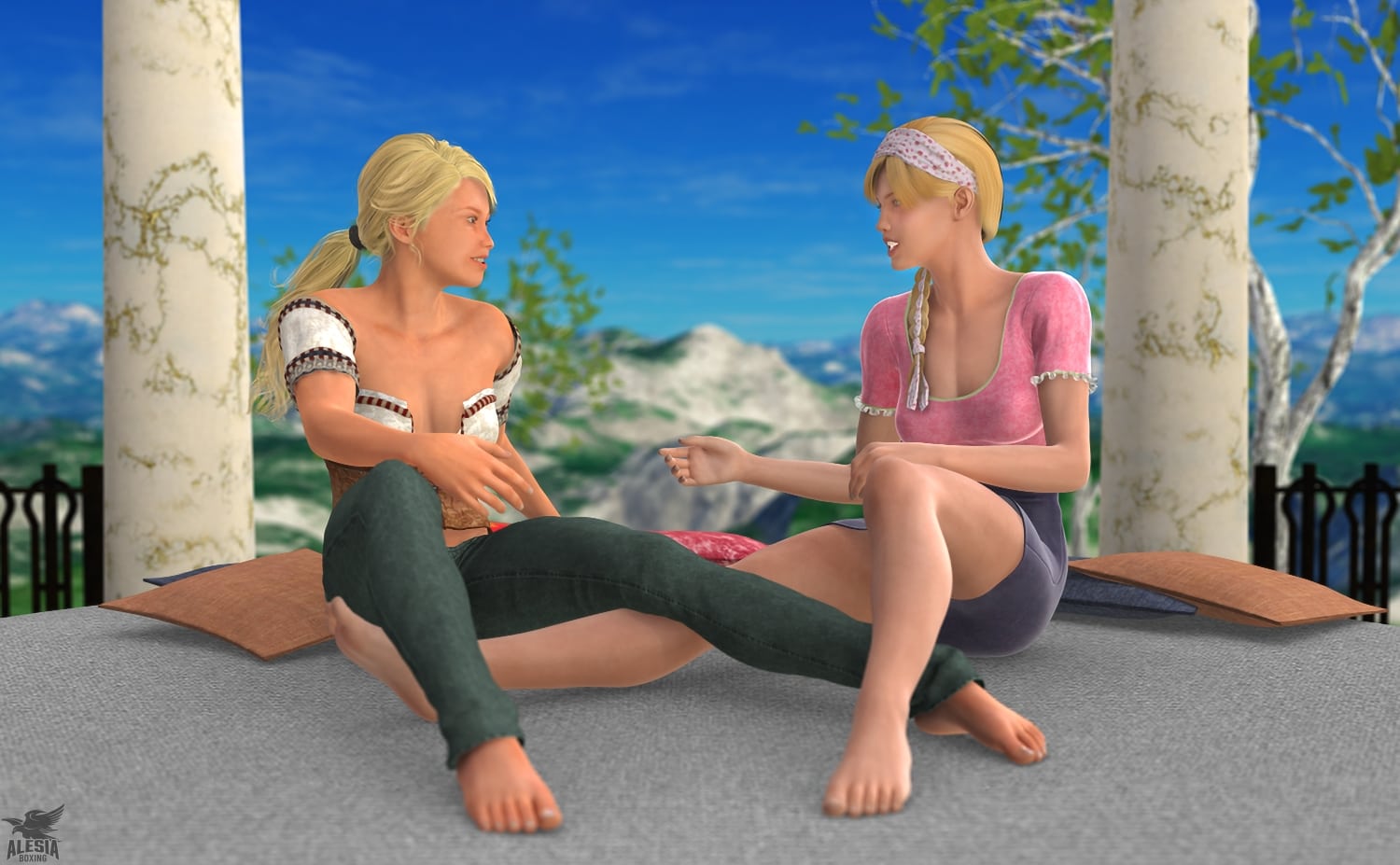 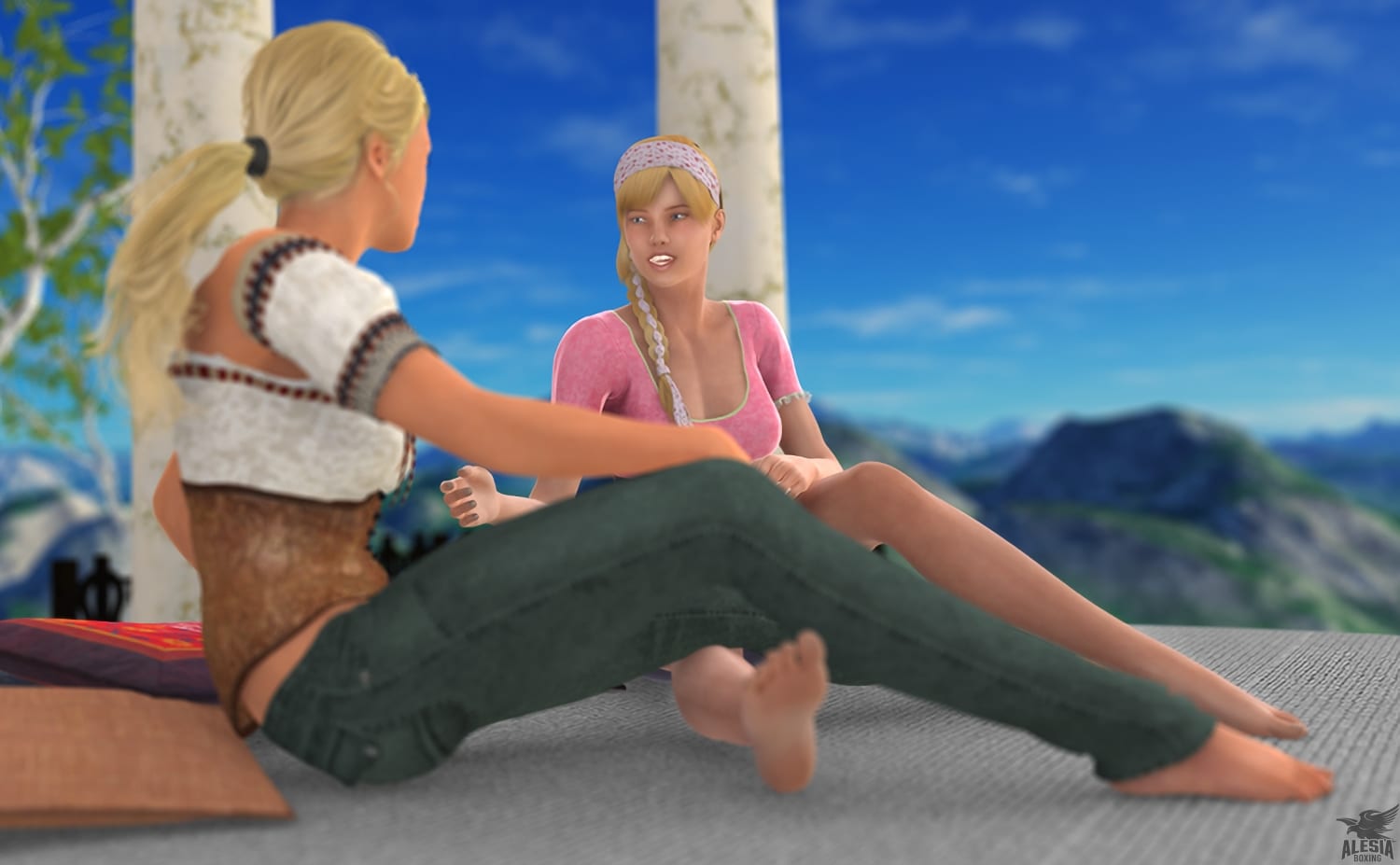 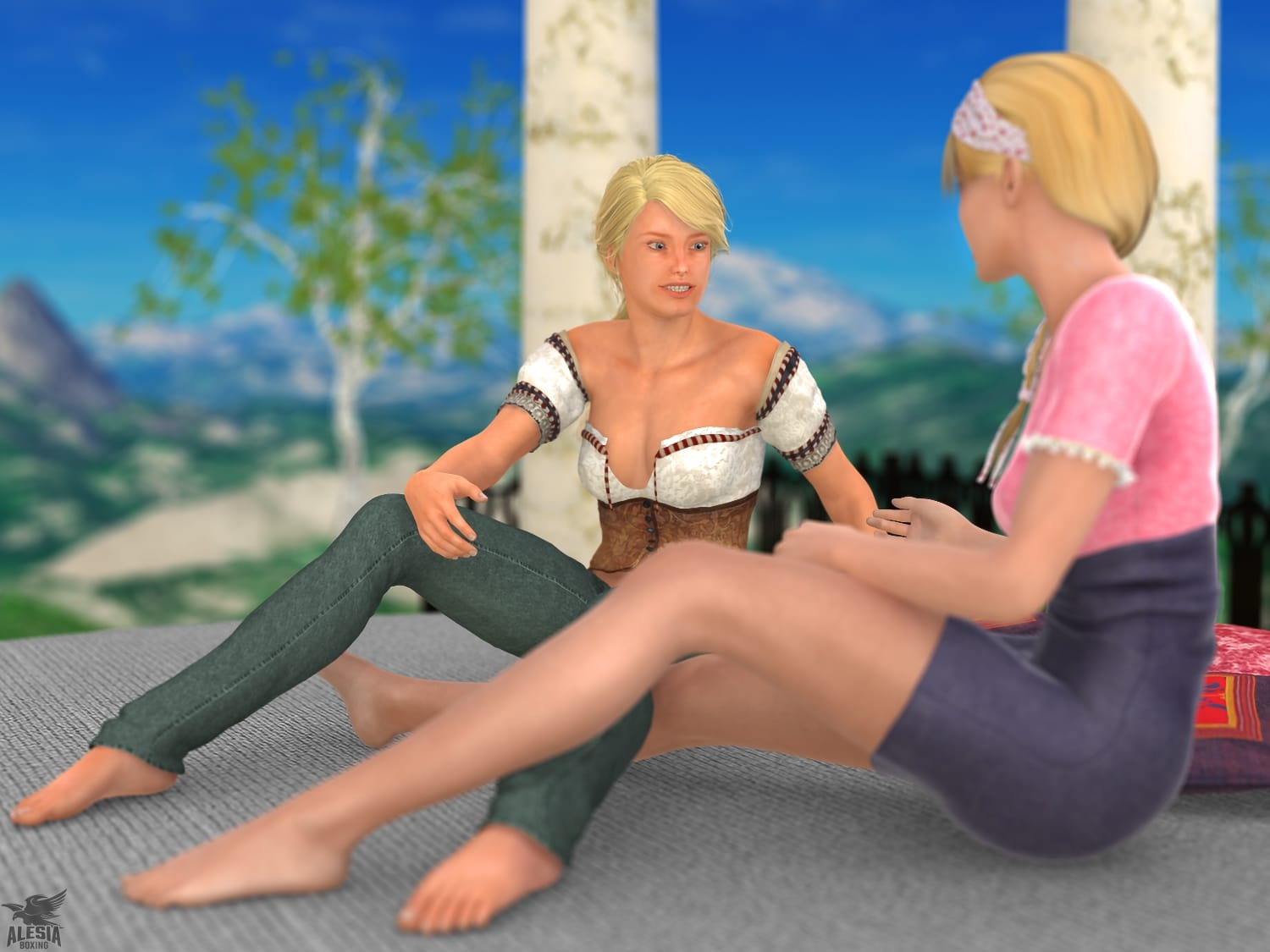 At the end of the day, two tired young women make it to Leonie’s bedroom. They had their fill of sunlight, fresh air, food and luxury bathing.

Sophie: “Whoa. You weren’t kidding about size. This is big and very comfy for a bedroom.”

They laugh out loud.

They hop onto the the bed, ready for a late chat before snoozing.

Leonie: “So, what will it be? Cozy friends or socially distant?”

Sophie: “I have a feeling that I’ll be missing out if I don’t say cozy.”

The young aristocrat closes in, but not abruptly. She wraps an arm around Picasso and softly presses her body against the visitor’s. The touch isn’t sexual but friendly. Sophie feels warm and relaxed.

“All this space and you’ve pinned me,” says an amused Sophie.

“I can release if you want,” says Leonie.

“You’re way too comfortable for that,” says Sophie.

Sophie: “That was a fun day. The royal treatment.”

Leonie: “Just a little thank-you for sticking up for me. It’s rare that people do things without thinking personal gain. Besides, when I walked into your gym, I wanted to work with a fighter I admire. Being friends is a bonus.”

Sophie: “I gotta admit it’s not a one-way street. I was in awe when you fought Astrid Olsson. The way you let your hands go. The way you looked at her. Vicious.”

Leonie: “You know how fighters tick. When I’m in the ring, I enjoy taming someone by force. It’s hot.”

Sophie: “There’s just one thing. I know real talent when I see it and now we’re friends. You’ll go places. What if we ever have to fight?”

Leonie: “I didn’t turn pro gunning for you and let’s keep it real. You’re about to take on a legend and I’m a 0-1 beginner. There’s work if I am to get anywhere close to that level. Can’t predict the future but if it happens? So be it. I’ll stuff your face and it will be fun!”

It’s a joke and a bravado with a deadpan delivery. Naturally, they crack up.

More casual chat follows, until sleep casts its net upon the pair. 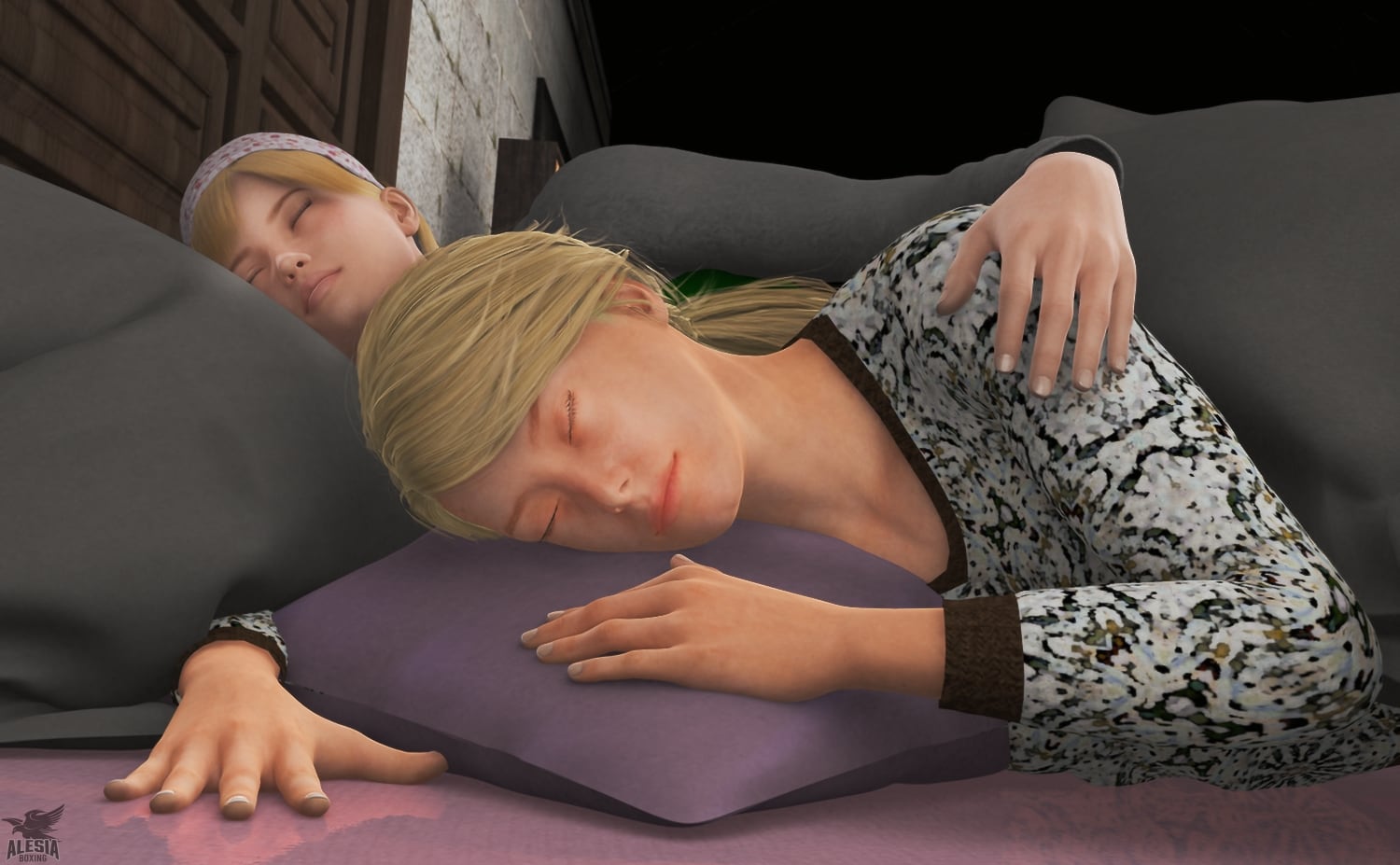 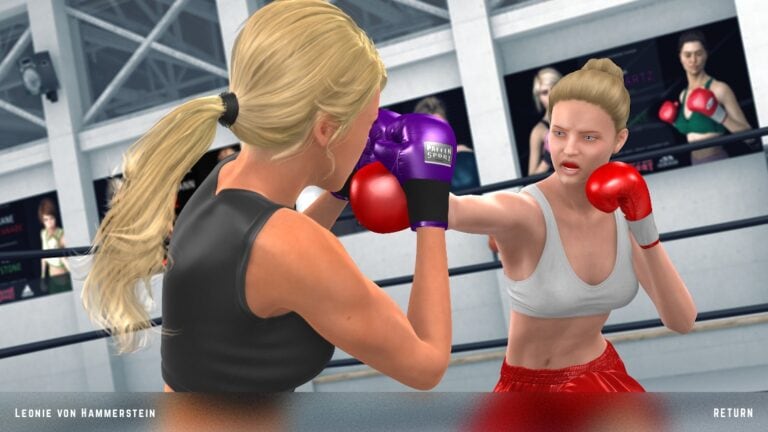 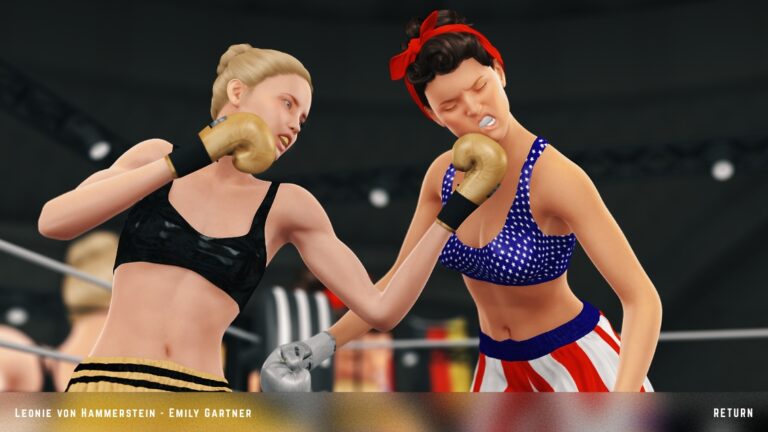