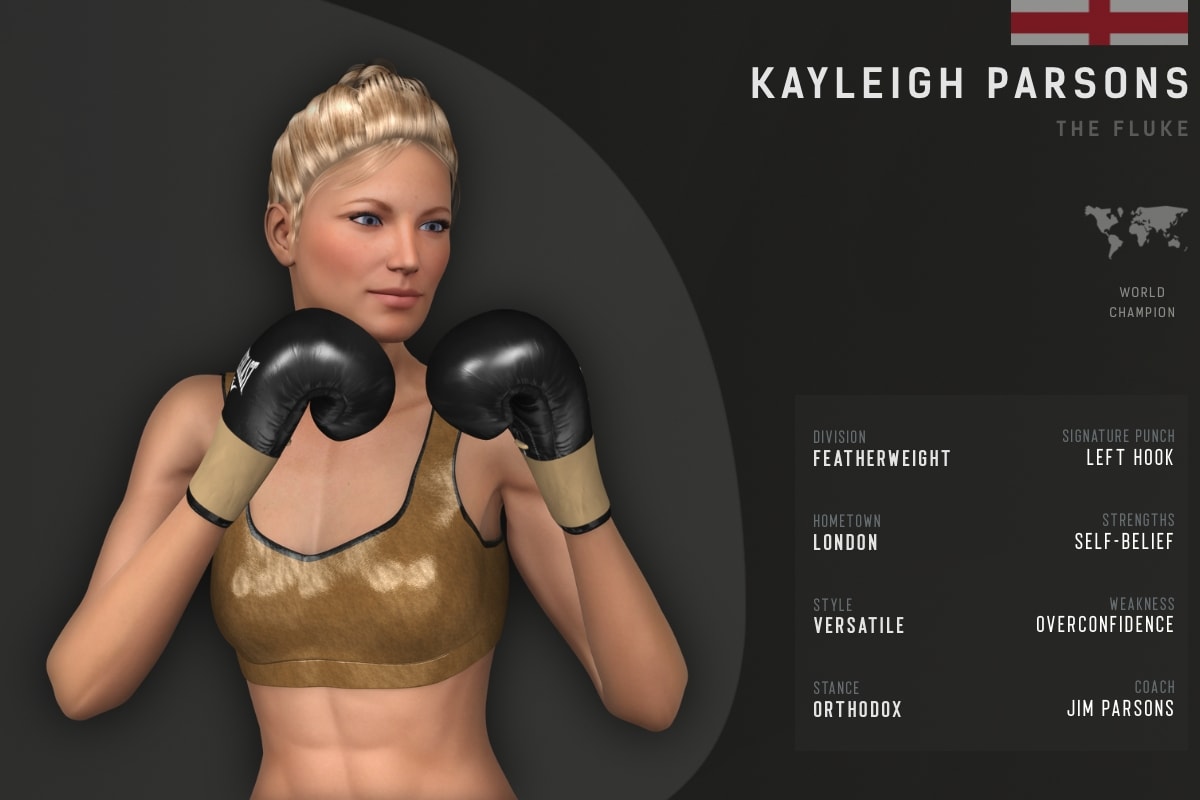 Kayleigh Parsons may have a unique nickname, but it is one that she has earned.

Born three weeks premature, young Kayleigh started off life as an underdog. An active child, she stumbled into boxing and immediately took to the sport. Her first amateur fight she won by referee stoppage after she knocked down her opponent with the first punch. The opponent’s coach said that it was a total fluke punch. Kayleigh’s spent a lot of time proving that it was not a fluke.

A well-regarded amateur boxer, Kayleigh qualified to represent Team Great Britain at the London Olympics in 2012. Then, she was told that she was pregnant. Kayleigh chose to abandon her dreams of Olympic Gold and instead became a mother. Her boxing career looked like it was over.

However, Kayleigh’s passion for boxing never truly faded and after the birth of her two children, she once again returned to boxing. This time, though, she turned professional with her trainer being her husband, ‘Fireball’ Jim Parsons.

Her professional debut came against Virani MacVicar. In a fight that was competitive throughout, Kayleigh Parsons KO’d the Canadian in the 6th and final round.

With charisma, good looks and skill, Kayleigh Parsons has stated that her goal is to be world champion. Then, maybe she will stop being a ‘Fluke.’