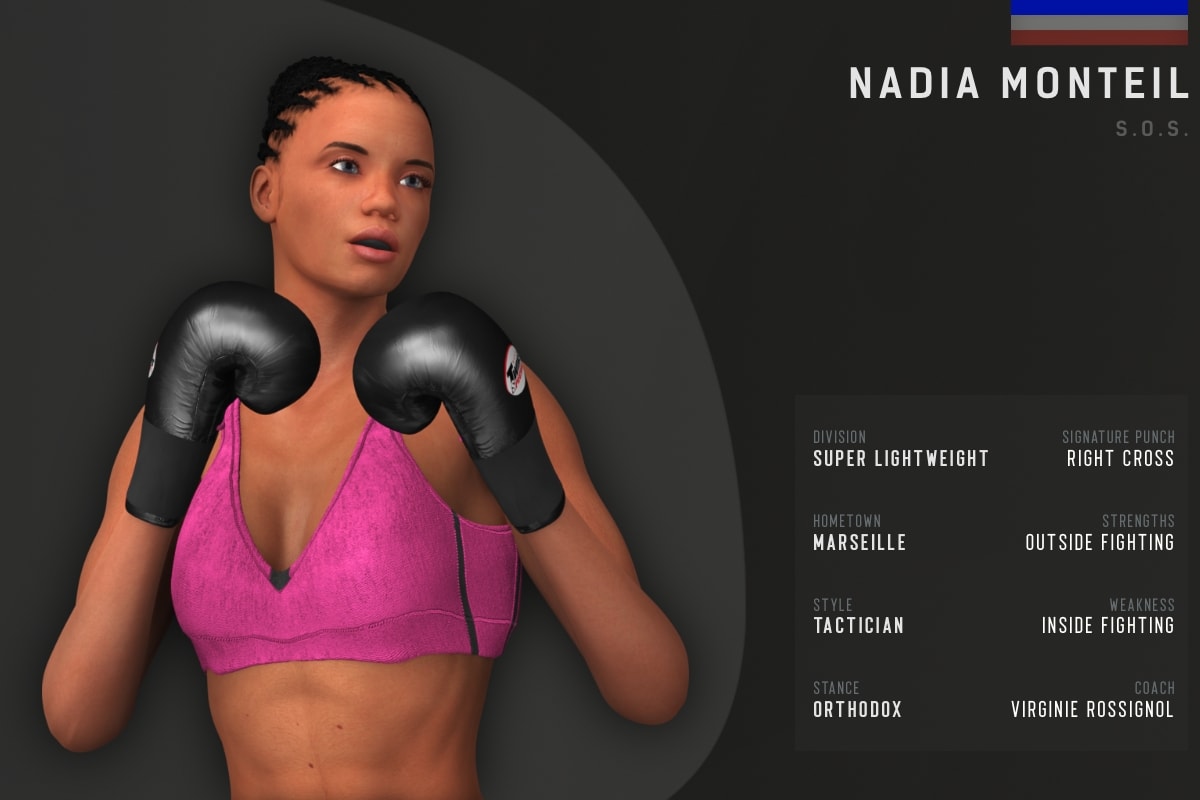 Born on August 30, 1987, Nadia Monteil is the reigning Women’s Boxing Union (WBU) world champion in the Super Lightweight category. She is my own creation and the queen of the division.

Her only loss came early after turning pro.

Using an athletic build, speed, broad shoulders and a long range, she is a nightmare in the ring. She boxes from outside until she breaks opponents down and swarms them for the finish.

Nadia picked up boxing when aged 8. Her father, a martial arts practician, was keen to make his daughter learn how to fight to deal with potential trouble in unsafe Marseille. She tried judo and karate, but boxing was her thing.

The French woman fought in the amateur ranks as soon as she was 15 and her dominance forced her to turn pro at 19 years of age. Since becoming champion, she made it a habit to call out opponents as soon as they get close enough in the rankings to be a threat to her supremacy. She has beaten everyone in the top 5 of the Super Lightweight division.

In a recent interview with La Provence, she said that all she’s doing is wishing a “warm welcome to new challengers. With warm, hard fists wrapped in black leather. 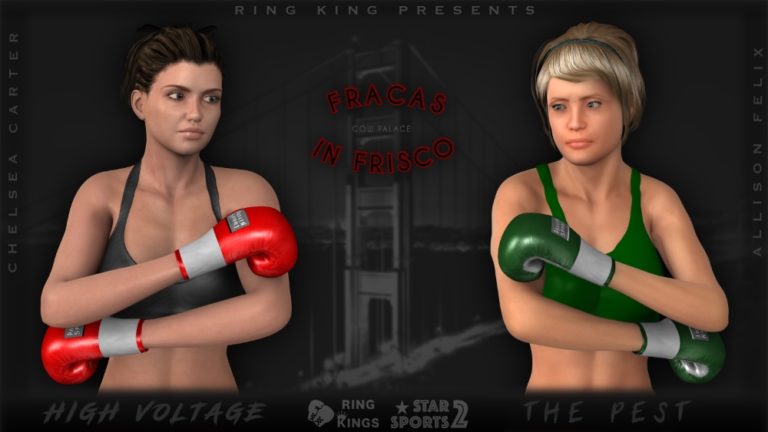 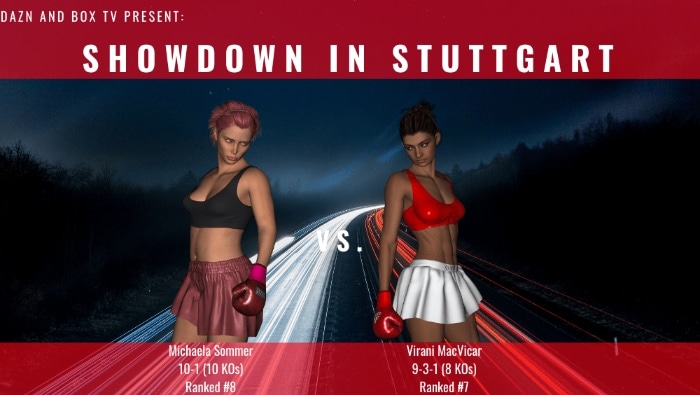