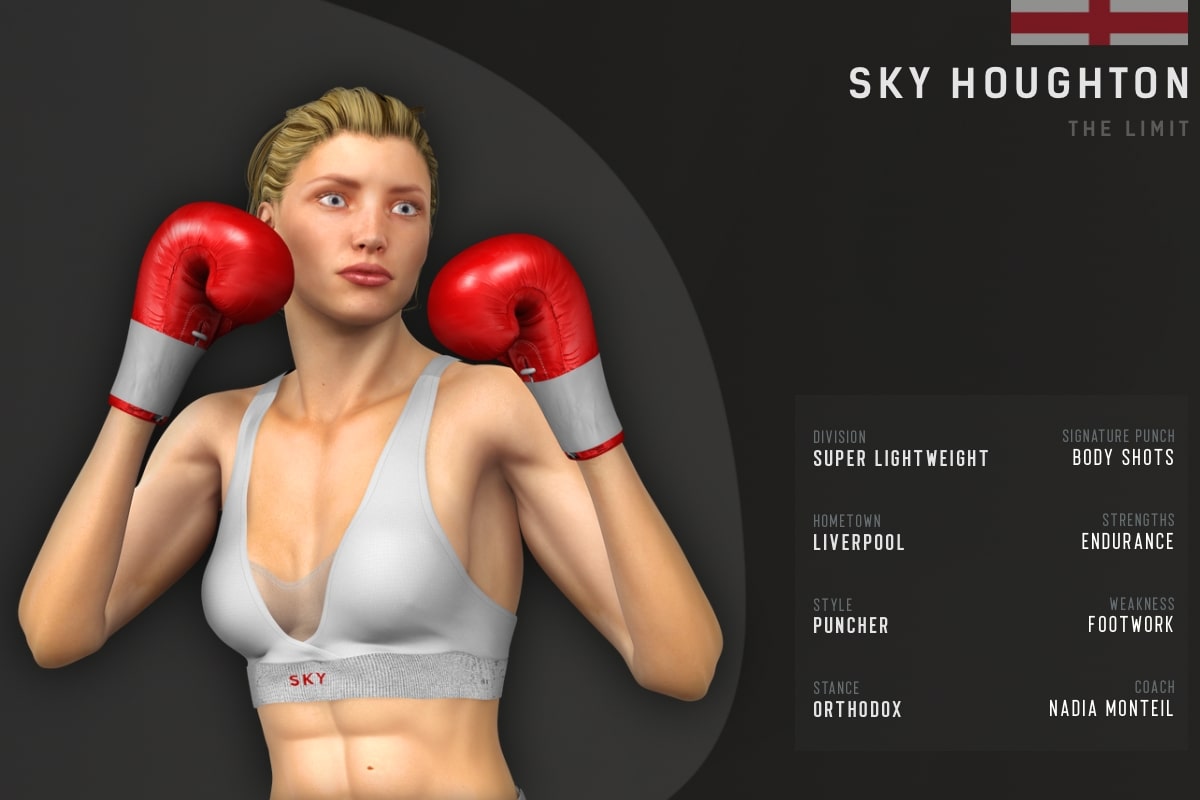 Born on January 19, 1994, Sky “The Limit” Houghton hails from Liverpool, England. She was once the number one contender in the Super Lightweight division.

Sky comes from a working-class family in Liverpool. They went through difficult times through the years. Her father worked for a factory that closed and moved its production to China, struggling to find a new job that paid as well. Her mum had all kinds of jobs without much qualification, helping the family to make ends meet.

The Englishwoman never was the target of bullying in school as a teen. Nobody felt like it was a good idea to take on such a tall, solid frame. She wasn’t really a troublemaker either, but she had much aggressivity within, and the only outlet she found was a punching bag at the back of the school gym. She got cheap gloves and hit it with everything she had until the phys ed teacher told her she had all the wrong technique. He showed her some of the basics and encouraged her to join a boxing gym when he saw her progress.

Sky went for it. She signed up and learned to channel her energy and perform well in the amateur ranks. She lost a few fights against the best boxers of her division, but she had a winning record and was respected. Retired fighter Mia West noticed her as she lost her first national final, and saw talent that could be further polished. She introduced herself and took her under her wing.

Mia’s chemistry with Sky was so good that the fighter progressed dramatically, to become three-time amateur champion in England. She wrapped up her amateur career with a few big wins and turned pro. The first six fights were easy wins. Mia then found a tougher opponent… who stopped Sky in a third-round TKO.

Sky only worked harder when she went back to the gym, improving her skills even more to climb up the ranks. Later on, the number three contender worldwide offered her a fight out of the blue, thinking she had found a woman she could beat. Sky gave her an unwelcome surprise: knocked her unconscious in the sixth round! She went on to win the British championship and rose in the world’s top 5, until she reached number one.

Then, she lost a title fight to Nadia Monteil and got outpointed by Chloé Potvin, before her personal life went off-road.

After more than a year off, she returned to the ring to score three important wins that put her back on track as a title challenger.