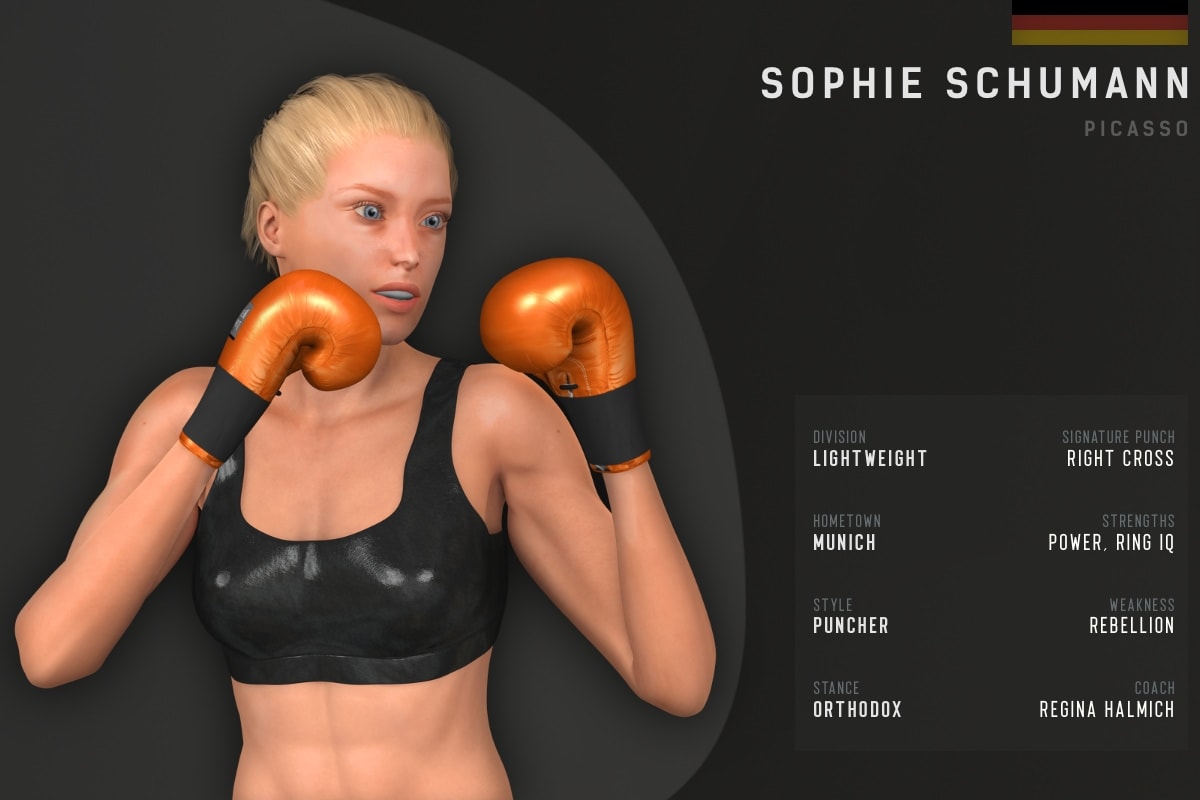 Sophie Schumann almost never came to be, but she was born on 23 March 1999 and the world is more interesting with her than without her.

The Schumann family wasn’t planning on having a second baby…. but as she sometimes says: it just happened.

Sophie grew up in the same conditions than Alesia, as the daughter of a father who is successful manager and a creative freelance writer of a mother, but she turned out to be an entirely different package. She loved playing with anything she shouldn’t have played with, and the use of a match almost set the house on fire back when she was 5.

The scolding she received marked her for life: she rebelled against any display of authority. This experience turned her into the family’s troublemaker who would always defy those who made the rules.

I don’t usually define a character with fighting at an early age, but with Sophie… it just happened. When taunted in the school yard as she was 9 years old, she threw the first and only punch of a very short fight. She broke and bloodied the other girl’s nose, earning herself the nickname of Picasso for having deformed someone’s face and added “red paint” to it. The only two other fights she had in the school yard confirmed that she was someone her classmates didn’t want to mess with.

Sophie got suspended on all occasions but that didn’t change anything to her temper. She “troublemade” her way through life and somehow avoided turning into a bum. That’s basically thanks to Alesia, who came to the rescue several times, and with whom Sophie has an unbreakable bond. Ally is a softer version of the bad cop, but she “gets” her. The older sibling’s willingness to take blame for certain actions was sometimes met with suspicion by their parents, who reluctantly renounced punishment on occasion.

Boxing came along as Alesia became successful in the amateur ranks. Sophie attended the fights and she eventually wanted to follow her footsteps. Punching people in the face “sounded like a f***ing good idea”, as she put it.

She retains the Picasso monikor due to the way she deforms other people’s faces with the gloves that she considers as brushes. Obviously, she found a way to get disqualified and suspended once. The federation didn’t believe that “it just happened” when she stepped on an opponent’s stomach while going to a neutral corner after a knockdown.