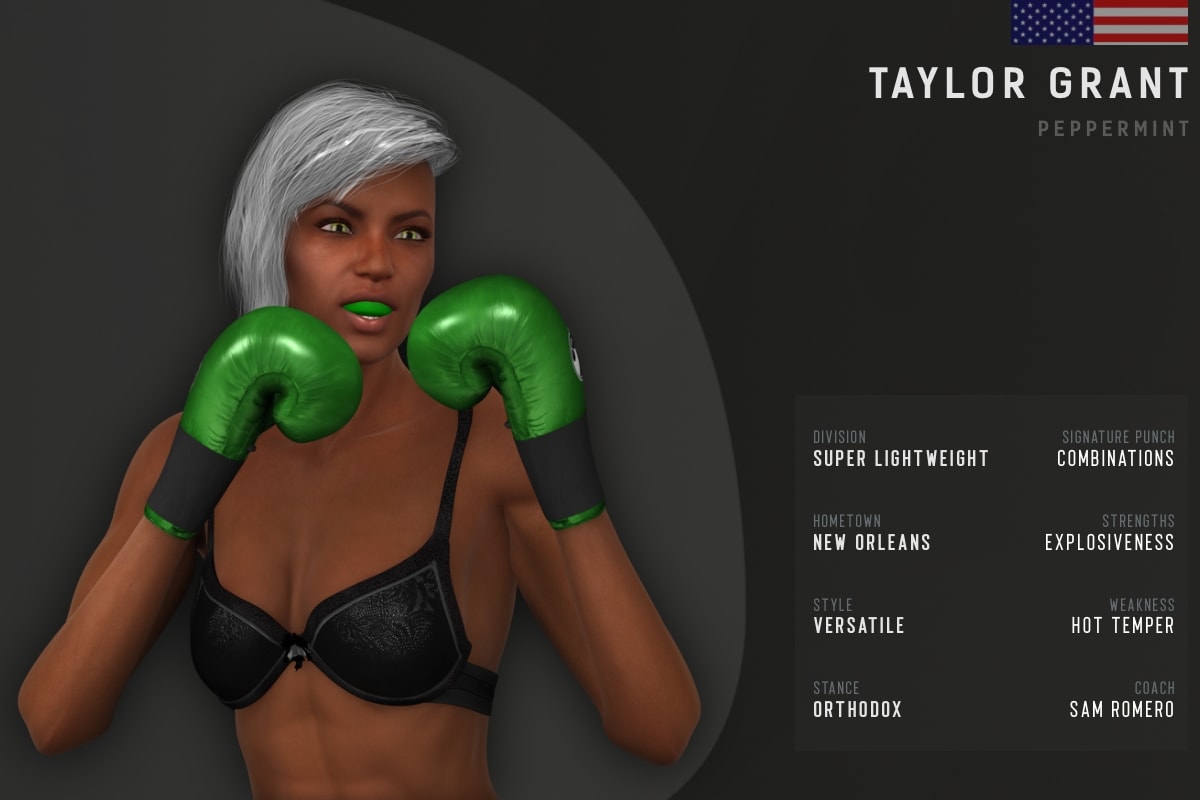 Born on 25 December 1995, “Peppermint” Taylor Grant is one of a kind. Her permanent mood if a mix of smiles, defiance and strength.

From African-American background, Taylor grew up in the city of New Orleans in what could have been a very orderly life the whole time. Her special birthday made her a Christmas gift to her parents, who adored the lively, smart child.

The daughter of a wealthy family, Taylor learned French just like her parents to honour New Orleans’ historical heritage. Loving the life in Louisiana, she became a foodie at an early age. She could, in fact, teach you everything about cooking and spicing.

Taylor excelled in school and her favourite class was physical education. A natural athletic talent with the godly gift of speed and accuracy, she kicked ass in every discipline and made everyone jealous.

Life got more complicated in 2005 when Hurricane Katrina hit New Orleans. Taylor was just 10 years old. It forced her family to relocate. Since mom, dad and the two kids spoke French, they moved to Montréal, Canada for a couple of years. The Grants loved living in Canada, but the winter was too harsh. They vividly remember the day when a massive nighttime snowstorm made them unable to open their flat’s door the next morning… until someone cleared the snow that blocked it!

The family went back to New Orleans once they could find a suitable new home. When she was 15, Taylor went to a professional boxing event with a friend who was a big fan of the sport. As she watched, she thought: “I have to try this!” Despite resistance from mom and dad, Taylor signed up at a local gym. As usual, her sporting abilities made her superior to all the women she encountered. Sparring? Easy. Winning amateur fights? A breeze. Her ridiculous hand speed and artful body movement bamboozled everyone. She remained undefeated and won three consecutive USA Golden Gloves titles.

The undefeated amateur record made her a massive prospect. Promoters took notice and made offers to turn professional. She only signed a contract when one of them committed to investing in building a world champion, not just an undercard attraction. Few fighters were able to land clean hits on Taylor, who fought as often as she could. They all suffered when her fast hands flashed to their faces. Her pro record now stands at 16 wins, 11 of them by way of knockout. No losses. No draw.

Taylor Grant isn’t even looking at the USA title. She wants the world title, nothing less. She defeated title contender Chloé Potvin and former champion Nadia Monteil to become number one contender but fell at the hands of Alesia Schumann. She moved to New York City to bounce back in a matter of months. 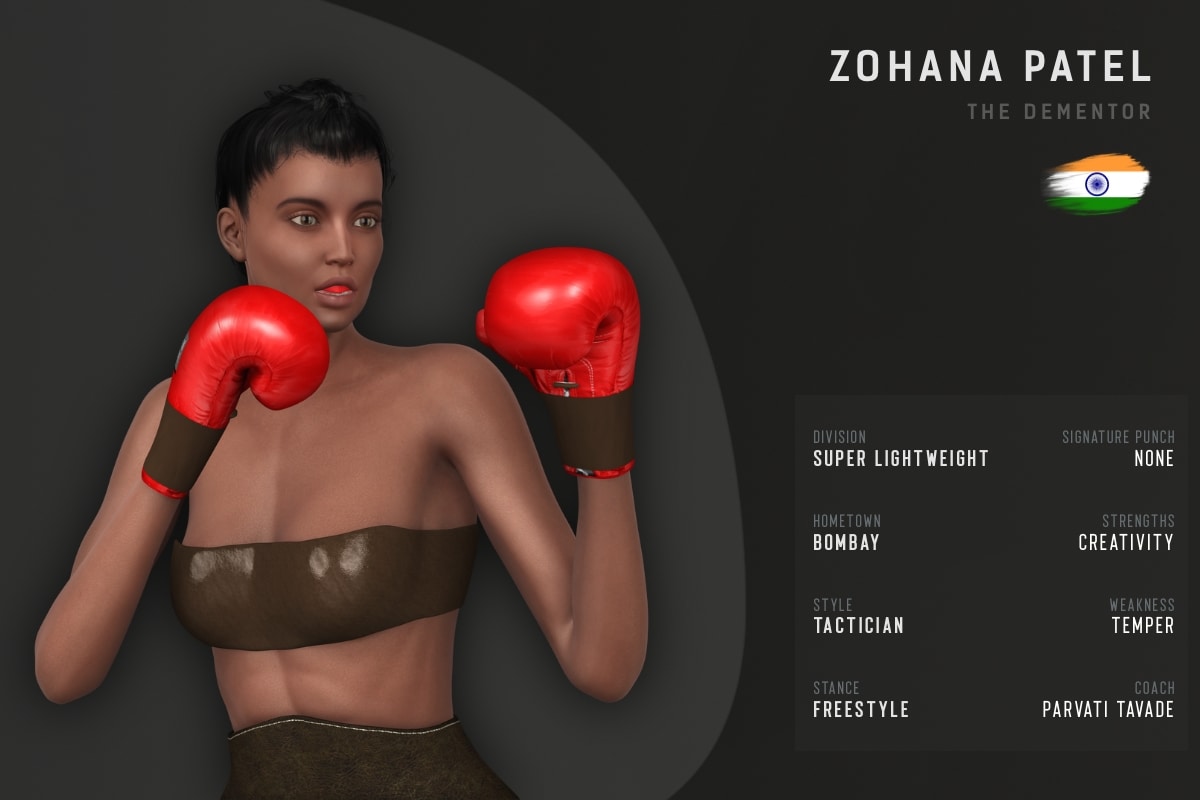