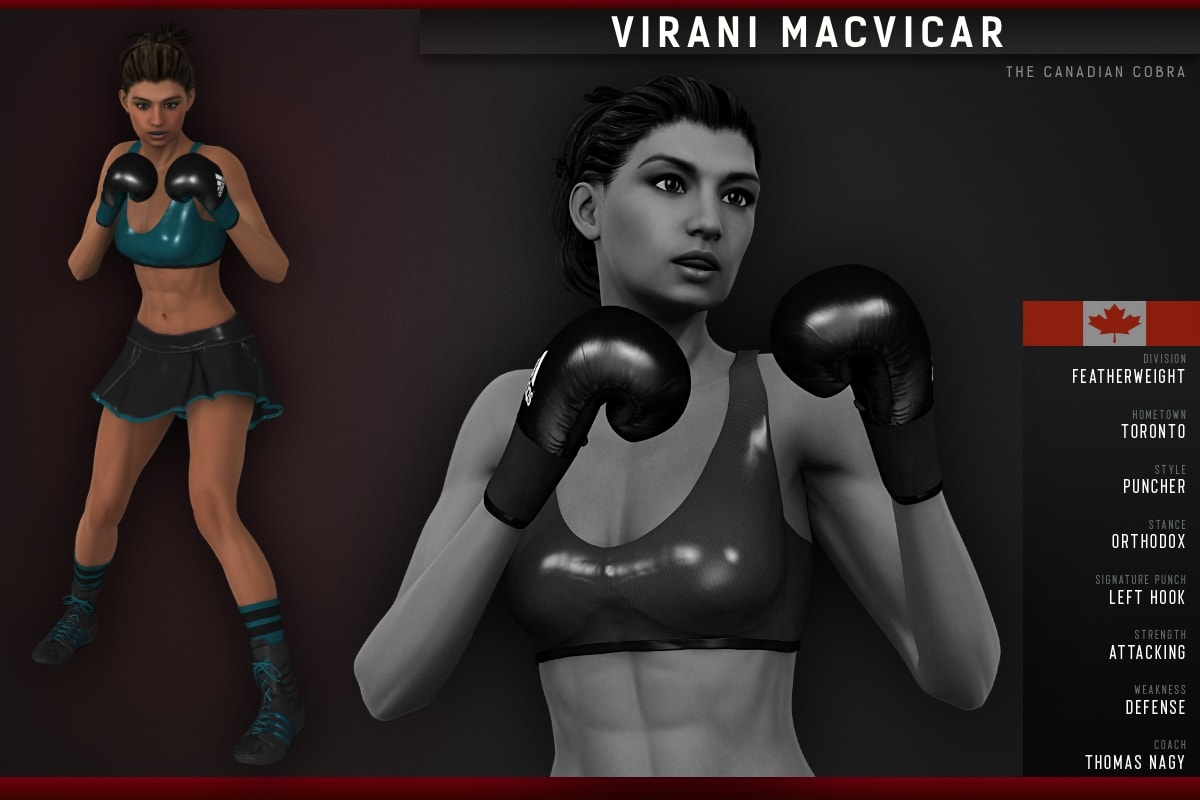 Virani was born in Toronto, Canada, the first daughter of Gurpreet and Sanjay Kohli. Unfortunately, her parents passed away when she was young and she was raised by Gordon MacVicar, a friend of the family. Eventually, Virani adopted the MacVicar name.

Virani excelled in school, eventually graduating law school near the top of her class. She spent her early twenties practicing law.

Virani had never been into sports as a child. She found boxing via a White Collar Boxing event. It was there where she fell in love with the sport. During the boxing event itself, Virani overcame a slow start to knock down her opponent, Maeki Lin, in the third round and was declared the victor in their match. That victory ignited a passion for boxing that was put aside as Virani put her career as a lawyer first.

The illness and death of her surrogate father, Gordon MacVicar was a huge blow to Virani, emotionally. Her passion for being a lawyer faded, and eventually, Virani turned to the one thing that had brought her enjoyment. Boxing.

Virani is a puncher, first and foremost.  Almost all of her professional victories have come via stoppage and she is well known for her power.  Over time, she has become a more well rounded fighter, adding in some defensive moves and tactical guile, but she still remains a feared puncher.  Her left hook, which she often uses to finish fights, is one of the most feared weapons in the division.

Despite the size difference (Alesia is several weight classes above Virani), the Canadian has enjoyed a strong friendship with Alesia Schumann and is often seen ringside for Alesia’s biggest moments.  In turn, the beautiful German fighter can often be seen at Virani’s fights.  Virani and Alesia have sparred each other on 2 occasions, both of which showed the competitive nature as well as their strong friendship.